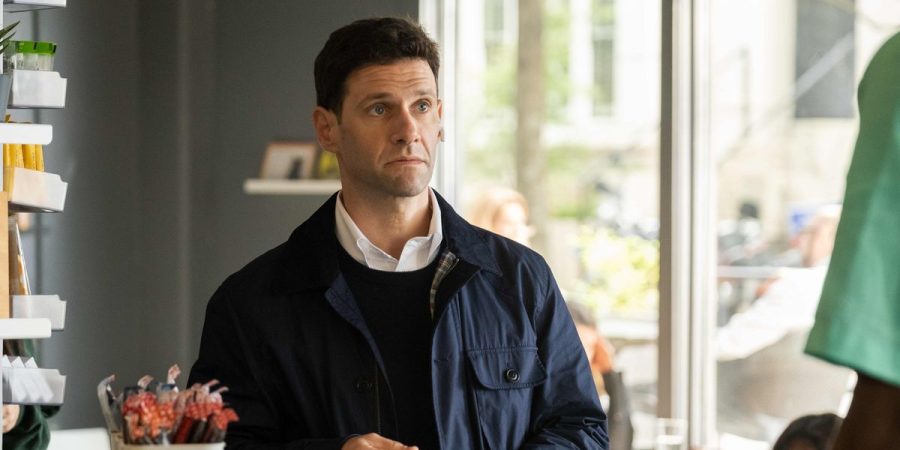 After following with the European exploits of Earnest, Alfred, Darius, and Van, the fourth episode of ‘Atlanta‘ season 3 returns to the eponymous city for another haunting standalone episode in the vein of the season premiere. In the fourth episode, viewers meet a new protagonist, Marshall Johnson (Justin Bartha), a white man from Atlanta who faces difficult circumstances after a restitution law dictates that he pay for his ancestor’s part in slavery.

The episode depicts various unsettling socio-economic changes in society as it examines the long-term impact of slavery on African American community and how society has treated slavery in the years since its abolishment. If you are wondering what happens to Marshall amidst the uncertain circumstances, here is everything you need to know about the ending of ‘Atlanta’ season 3 episode 4! SPOILERS AHEAD!

Episode 4, titled ‘The Big Payback,’ opens with Marshall Johnson, a white American man going through his usual morning routine. He gets his cup of coffee from a coffee shop before picking up his daughter from his wife’s home and dropping her at school. Finally, Marshall reaches his office. However, all the while, a mysterious car is following Marshall. On his way to the office, Marshall listens to the news on the radio. A black man has won a lawsuit against a wealthy businessman over the slavery of his ancestors. The black man argued that the businessman owes him money for enslaving and making his ancestors work without paying them.

The lawsuit creates a stir across America, and various people from the African American community begin to demand money on similar grounds. While everyone panics and expects layoffs at the company, Marshall continues to work as usual and is unbothered by the situation. Marshall picks up his daughter from school, and she questions her father over the situation. Marshall reassures her that everything is fine. However, later that night, a woman, Sheniqua Johnson, arrives at Marshall’s doorstep and demands $3 million due to the Johnson family’s enslavement of her ancestors.

Marshall demands that Sheniqua leave him alone, but she continues to demand money. The following day, Sheniqua creates a scene at Marshall’s office. A distressed Marshall seeks advice from his colleagues but does not see a clear solution to the problem. He tries to discuss the situation with his wife, Natalie. However, Natalie insists on announcing their separation by completing the divorce procedure. She also forbids Marshall from seeing his daughter. A dejected Marshall returns home only to find Sheniqua and her friends waiting for him. Marshall flees the scene and spends the night at a hotel contemplating whether he should pay Sheniqua.

In the episode’s final act, Marshall finds himself at a small hotel where he meets Earnest, another man in a situation similar to his. Marshall expresses that although what his ancestors did was wrong, it was a long time ago. Marshall feels that he played no part in his ancestors’ actions and should not bear its brunt. Moreover, the money Sheniqua is demanding is audacious and will affect his and his daughter’s financial stability in the future. On the other hand, Earnest explains that they must do their part in making things right. Slavery was a cruel system that, although abolished, has drastically affected the prospects of the African American community. Therefore, Earnest makes a case for Marshall to pay his dues to Sheniqua. Moreover, Earnest also reassures Marshall that even though it looks like he is losing everything, he will be fine.

Ultimately, Marshall decides to pay Sheniqua despite not having the money she demands. Marshall gives away his house and also loses his job. He begins to work at a restaurant as a server. Every month Marshall pays a small percentage of money to Sheniqua from his paycheck as restitution for his ancestors’ actions. In the end, Marshall finds comfort in the fact that others around him are facing a similar situation. The episode ends with a look at the show’s depiction of an economically equal society as Marshall serves some guests in his restaurant. By paying for their ancestors’ role in slavery, a large portion of the American population has been stripped of their wealth, which has been redistributed in society. However, the people who are paying restitution are getting along fine implying that society is moving towards a future that presents equal opportunities to everyone irrespective of their financial or economic background.