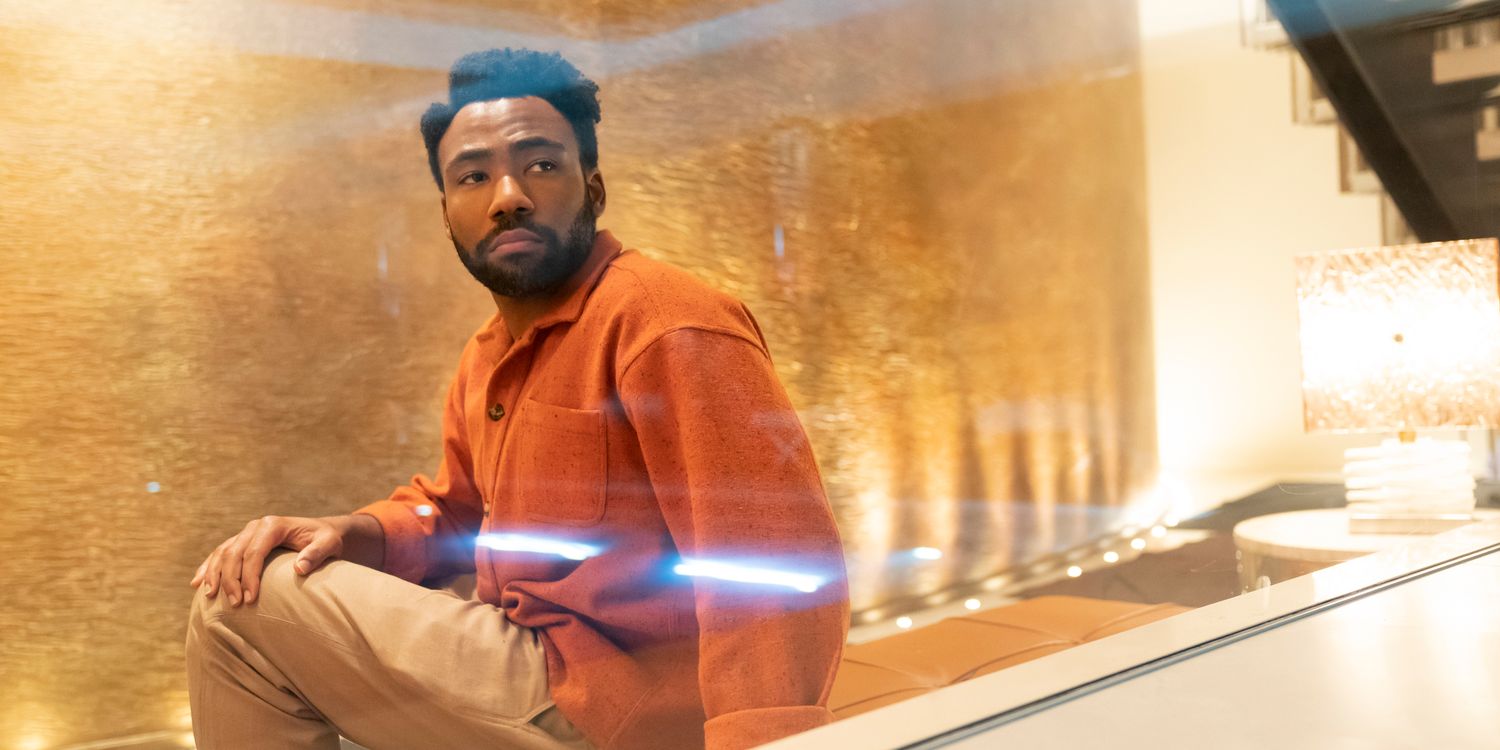 ‘Atlanta‘ season 3 showcases the European exploits of Earn, Alfred, Darius, and Van, with Alfred’s music tour taking the backseat for some culturally nuanced stories. In the third episode, the four friends find themselves in London and head to a party organized by a billionaire. At the party, each of the four is presented with a different challenge as they try to understand the culture that surrounds them. In the end, the group emerges out of the wacky and absurd situations in their own style. If you wish to learn more about Earn, Alfred, Darius, and Van’s time in London, here is everything you need to know about ‘Atlanta’ season 3 episode 3! SPOILERS AHEAD!

The third episode of season 3, titled ‘The Old Man and the Tree,’ opens with Earn, Alfred, Darius, and Van walking around the streets of London searching for an address. Earn reveals that Will, a rich white guy, has invited them to a party. The party has been organized by a billionaire who organizes such get-togethers to promote the exchange of new ideas. Although Alfred is skeptical of the party, he and Darius accompany Earn, hoping for a good time.

The group arrives at an old apartment building, where Will greets them. Will leads them through a passage that leads to a luxurious residence owned by a billionaire named Fernando. Various wealthy people have leased rooms at the property, forming a privileged white community. At the party, Earn wants to check out the art of an upcoming artist named TJ, who is regarded very highly by Will.

Meanwhile, Alfred and Darius have a bite at a Nando’s inside Fernando’s residence and meet the billionaire. Fernando shows Alfred a sacred tree in his yard. He then invites Alfred to play poker with his wealthy friends. During the poker game, Fernando tells Alfred the story of encountering a black ghost. Alfred is disturbed by the story but wins the game. However, Fernando leaves without paying Alfred the money he owes.

Simultaneously, Earn realizes that TJ’s art is mediocre, and he is merely scamming Will. Will and TJ are planning on creating a sanctuary for upcoming artists but clearly have no clue about what they are trying to achieve. To avoid a difficult conversation, Earn excuses himself from the room and checks in on Van, who has been acting differently. Elsewhere, Darius meets MK, a Korean woman who makes a joke about Daruis’ ethnicity. Although Darius is not offended, the other white people at the party are offended on his behalf. The three men find themselves in situations that quickly escalate out of hand, and how they manage to avoid conflict makes up for the rest of the episode.

Atlanta Season 3 Episode 3 Ending: Why Do Earn, Alfred, and Darius Leave the Party?

As African-Americans attending a party with wealthy white people in London, it is evident that Earn, Alfred, and Darius were set to have ideological clashes with those around them. In the episode, Earn faces a moral dilemma after learning that TJ is not very talented and is taking advantage of Will. However, he feels that because black people struggle for opportunities, it is perhaps okay for TJ to exploit the luxury he finds himself in. On the other hand, Darius finds himself at the center of a shining example of white guilt as almost everyone at the party turns on MK. MK’s fiancé, Will, breaks up their engagement leaving the woman heartbroken. All the while, Darius can do nothing but watch.

At the same time, Alfred is pissed because Fernando refuses to pay the money he fairly won in a game of poker. Alfred loses his cool and begins chopping down the tree Fernando holds dear. Before the situation can escalate any further, Earn calls a cab, and he, Alfred, and Darius promptly escape the scene. The episode highlights the cultural and social disparity black people face while interacting with people of privilege. Moreover, it also makes subtle statements about how cultural contrast and ideological differences can stir up conflicts in social settings. Heading into the party, it is obvious that Earn, Alfred, and Darius will end up in some disputes, but the ending underlines their ability to avoid these conflicts. Ultimately, the conclusion adds context to the overall worldviews of the three characters.