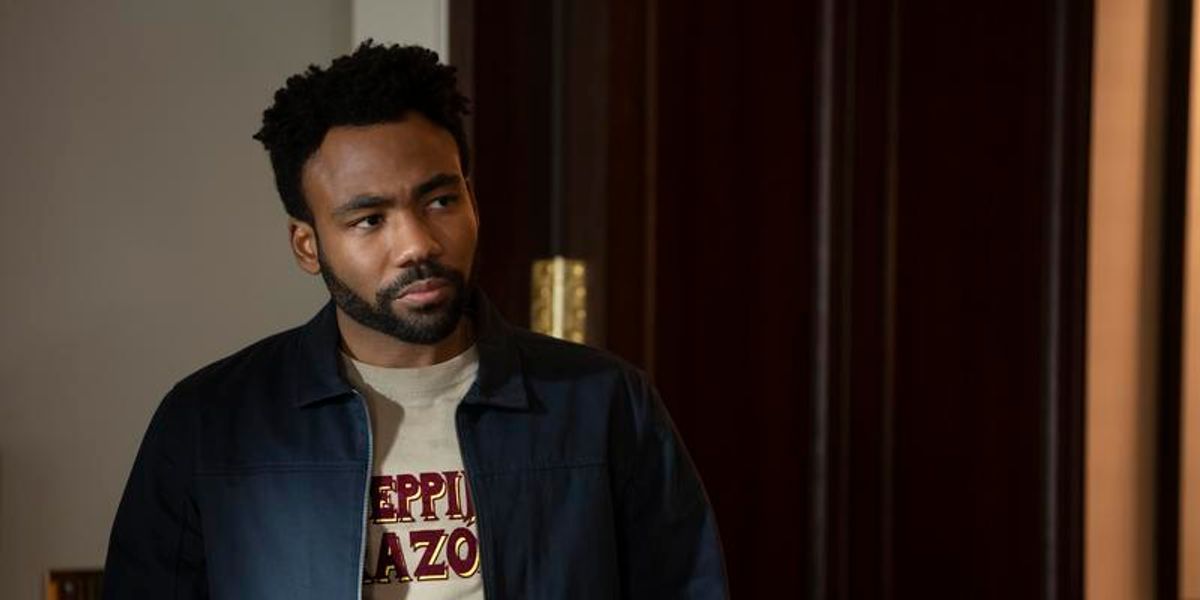 After a twisted season premiere that takes viewers on a completely different course, ‘Atlanta’ returns to familiar characters in the second episode of season 3. In the episode, viewers finally get to catch up with Earn, Alfred, Darius, and Van. However, this time around, the quartet finds itself in Amsterdam. Many familiar yet fresh scenarios unfold as Earn faces a stern test in preparing Alfred/Paper Boi for a concert.

Meanwhile, Darius and Van head out on their own little adventure in Amsterdam, which results in a surprising encounter. The episode’s ending leaves plenty desired but foreshadows a season full of surprises and a rollercoaster of emotions. Here’s everything you need to know about ‘Atlanta’ season 3 episode 2! SPOILERS AHEAD!

The second episode of season 3 is titled ‘Sinterklaas is Coming to Town.’ It opens with Earn waking up in a hotel room. He realizes that he is late for his flight and must reach Amsterdam for Alfred’s next gig. Earn forgets his underwear and belt in the hotel and is frisked at the airport security. Earn’s reacts to the situation with casual disregard instead of embarrassment. On route to Amsterdam, Earn informs Darius that Van is arriving in the city. He asks Darius to pick up Van. On the other hand, Darius informs Earn that the police have arrested Alfred.

Earn finally arrives in Amsterdam and reaches the venue where Alfred is supposed to perform. He collects Alfred’s advance from the event’s organizer and goes to bail out Alfred. Meanwhile, Alfred’s fame ensures he receives luxury treatment even in jail. Elsewhere, Darius picks up Van, and the two go coat shopping. In her coat pocket, Van finds an address and decides to check out the place. Darius and Van meet a white family at the address who has booked a cab to visit a family friend. The duo accompanies the family and arrives at a mansion.

Meanwhile, Earn bails out Alfred, and the two witness the Dutch tradition of people painting their faces black in celebration of Christmas. After enquiring, they learn that the tradition pays homage to Zwarte Piet (Black Pete), a companion of Saint Nicholas (the Dutch equivalent of Santa Claus). Back at the mansion, Darius and Van learn that the loved ones of a dying man have gathered to say their final goodbye to their beloved friend. However, the two are shocked to learn that man is killed on purpose instead of dying of natural causes.

Throughout the episode, Earn faces an uphill battle of getting Alfred/Paper Boi ready for his performance in Amsterdam. By the episode’s end, it becomes evident that quite some time has passed since Alfred and the gang set out for their first European tour at the end of season 2. Alfred has become a bonafide superstar. However, as usual, he is impulsive and prone to missing his fame. On the other hand, Earn is still struggling with his finances and is heavily reliant on Alfred’s career.

Towards the end of the episode, Alfred and Earn somehow make it in time to the venue for Alfred’s performance. However, before stepping on the stage, the cousins take a look at the crowd outside, which has an overwhelming number of people with faces painted black. Alfred is instantly put off by the situation and finds it offensive. He refuses to perform, and Earn seconds his decision. Earn asks Alfred to leave while he remains behind to deal with the organizers.

After Earn breaks the news that Alfred will not be performing, the organizer loses his cool and tries to attack Earn. However, he mistakes a different person for Earn and begins beating him as Earn quietly leaves the scene. In the end, Earn arrives at the hotel exhausted and, after a brief conversation with Van, heads to his room. As Earn prepares to sleep off a tiring day, he receives a text from Alfred to go out for a meal. Earn promptly gets up and heads out.

The entire episode showcases the difference in the dynamic between Alfred and Earn. Earlier, Earn would have objected to Alfred throwing away the gig as his personal finances would depend on it. On the other hand, Alfred would have worried about how the decision will affect his growing fame. The two have developed a better understanding of each other’s feelings in those regards. However, the ending also suggests that Earn still feels a need to please Alfred and is generally insecure about his life. However, Earn’s insecurity over his job as Alfred’s manager seems to have vanished. Therefore, the episode opens the door for exploring the root cause of Earn’s feelings as the season progresses.