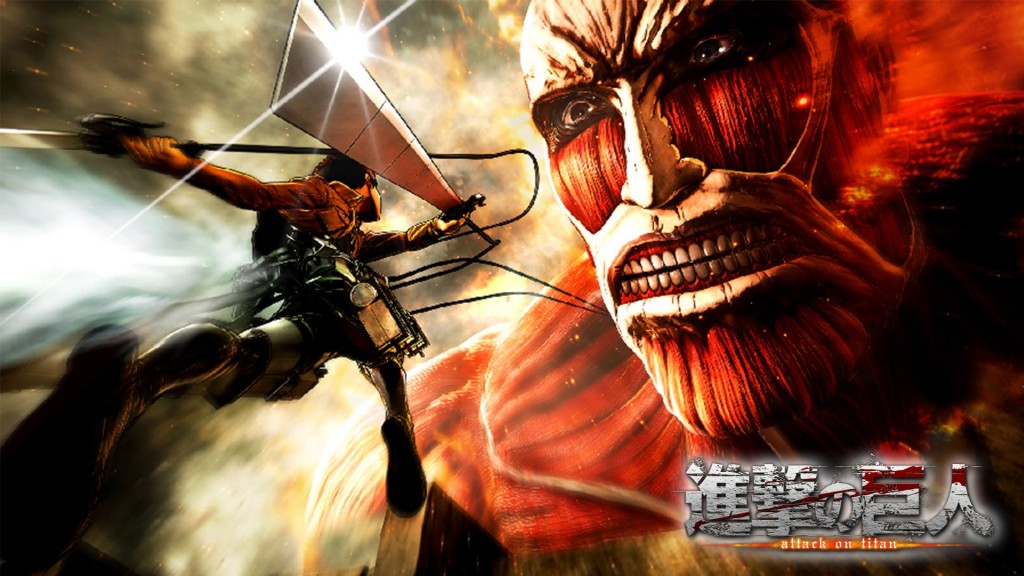 ‘Attack on Titan’ Season 1 has been one of the biggest crossover hits of our time. Soon after its release, it got the amount of hype some anime don’t even get in a whole lifetime. It’s one of those anime that just takes the entire anime world by storm. It creates the kind of waves that were created by other anime like Cowboy Bebop and Dragon Ball Z in the 90s or Fullmetal Alchemist and Death Note in the 2000s. Wit Studio was a fairly young studio no one really knew about until it burst out with an adaptation of Hajime Isyama’s dark post-apocalyptic manga, ‘Attack on Titan’. The anime has a very unique Germanic aesthetic to it that has been blended really well with a war drama dystopian theme which makes it obvious why it caught so much attention early during its release.

Even the action sequences of this show have attracted a lot of viewers because of their high level of fluidity and intense pacing. It’s a little unusual to see humans swinging around like a bunch of monkeys and slashing giants with razor-sharp swords and that’s something more of an acquired taste. But when it comes down creating terrifying human-like giant creatures, the anime does an incredible job. It’s very easy to show a monstrous creature, but in ‘Attack of Titan’ these monsters are nothing but some obscenely large humans. As challenging as it may be to portray them as evil and scary, this anime pulls it off really well and manages to keep you at the edge of your seat with every scene that involves these Titans. Even when the Titans are not shown on screen, as a viewer you can always sense an underlying fear of these lurking in the shadows which adds to the overall tension and rush.

It has its own cliches just like other shounen series. For instance, Eren, the main character of the series, goes in the direction of everything he hates just like Ichigo from Bleach and also his undying faith and optimism like characters of Naruto and Dragon Ball Z. But it still has a unique dark and sinister feel of its own and that’s probably another aspect of its popularity.

Another reason why ‘Attack on Titan’ became such a pop culture phenomenon is that it marketed itself really well. Soon after its release, the internet was crowded with its GIFS, trailers, and comments on its bleak and dour entertainment. A lot of anime lovers complain that the plot of this anime is too cliched but they don’t understand that it serves the entire purpose. We as humans just love watching humanity at the brink of extinction where desperation and insanity are the only tools for one’s survival. This is the reason why most zombie movies or shows like ‘The Walking Dead‘ are able to do so well.

There is no doubt that ‘Attack on Titan’ is extremely entertaining but it also proves that a lot of times marketing can have a greater bearing on the popularity of show than its actual quality. In the end, ‘Attack on Titan’ may not be the greatest anime out there, but the way it was promoted would have you believe as such.

‘Attack on Titan‘ starts off with a post-apocalyptic world where centuries ago humans were wiped off entirely to the brink of their extinction. Monstrous human-like giants had taken upon themselves to end humanity from the face of the earth forcing the last few survivors to hide behind strong concentric walls. The monstrous Titans are not hungry for human flesh but their desire to feast on humans is more of an act of pleasure. The humans who had somehow survived were protected for over a century by taking certain cautionary measures. They bring back hope to humanity and build everything from the ground up by defending the walls that avoided their encounters with the Titans. The three walls named Maria, Rose, and Sheena are known to be impermeable but deep inside the humans know that one day the Titans will find a way to get past them. And that day comes soon when a Colossal Giant somehow manages to destroy the outermost wall, Maria. The fear of getting hunted by the Titans returns setting off the humans to prepare for another quest for their survival.

Eren Yeager is just another normal human who witnesses the loss of a loved one in the hands of the Titans. Enraged by this event he decides to join the Survey Corps, an organization that fights these creatures outside the confinements of the walls. The remaining series follows the journey of Eren and the rest of mankind into surviving a war against the giants and eventually finding a way to defeat them before they are able to penetrate the third wall.

By the time this season reached an end, it was such a huge success that its last episode was actually pre-aired at a theater in Tokyo on September 28, 2013, a few hours before it came out on TV.

The story of ‘Attack on Titan‘ is no doubt captivating and I’m sure just reading about it makes you want to watch it. But it still needs a little bit of improvement with its slow pacing at times and its shifting focus on things that no one really cares about. The concept of the anime is very immersive and is full of suspense, action, drama, mystery and a whole lot of gory horror. The story keeps you guessing at all times and the new revelation that comes along somewhere near the end totally shatters what you expect from the future of the show. It not only focuses on the battle between the Titans and humans but also on how the humans who live in the confinements of the walls have their circle of life entirely disrupted because of their lack of exposure to the outside world. The story overall holds immense potential and could’ve taken a slightly better and deeper direction. There is no doubt that it is above most average anime but we expect something close to perfection from an anime that has been hyped so much.

The character development is well thought out and executed. It’s good to see that even minor characters have their own back stories without really harming the pace of the show. This proves to be necessary because the prime focus of the show may be on Eren but overall we are looking at a community of people here who are all suffering. To be able to relate to what they’re all going through it’s necessary to understand where they have been and where they wish to go later. All the characters are facing similar conditions in the anime but they all react differently. This is where you are able to trace back to their past and connect the dots.

The diversity of characters is one major strong point of the show. The time the show takes to develop a lot of them to their full potential also adds a lot more value to the plot. Eren, the main character of the show, is initially full of rage and wants to just destroy the Titans but he is not strong enough. With every episode, we see his progress and how he grows to become strong enough to later battle the Titans. And it’s not just Eren but almost all the characters grow with time. It’s really inspiring to see their undying spirit and determination to achieve freedom.

The animation is good but it’s not amazing and can get away with just an average grade. The backgrounds and the environment set up looks good and even the colors are consistent throughout. The animation style gives you more of a realistic feel that helps you engage more with what the characters are trying to express. The action sequences are very clean and fluid, especially during the battles. CGI has been used really well in a lot of places and the immense bloodshed and gore are insane at times. The bloody brutal deaths of certain characters will literally you bring you to tears because after all that character build-up you actually start getting attached to some of them only to see them die eventually.

Voice acting of this anime is just perfect and every single voice actor involved has given a phenomenal performance. Even if you don’t like the show, you can’t help but absolutely love the opening and closing tracks. The background score and soundtrack are great. The music played along with action sequences is incredibly inspiring and gets you all fired up. It’s crazy how amazingly a German OST fits so well into the storyline of this Japanese show.

Overall, if you think about it, ‘Attack on Titan’ is just an ordinary shounen but it has these little things that have been executed just perfectly making it what it is today. The plot is shallow and cliched a lot of times but that doesn’t change the fact that it has been executed perfectly. We still think that the hype it gets is a bit too much, but we would still give it a solid 8 out of 10, nothing more, nothing less. But then that’s just our opinion about it and the only way you can find out if it’s good enough for you or not is by watching it.

The English Subbed and Dubbed versions of ‘Attack on Titan’ are available on the website of their official licensors, Funimation.