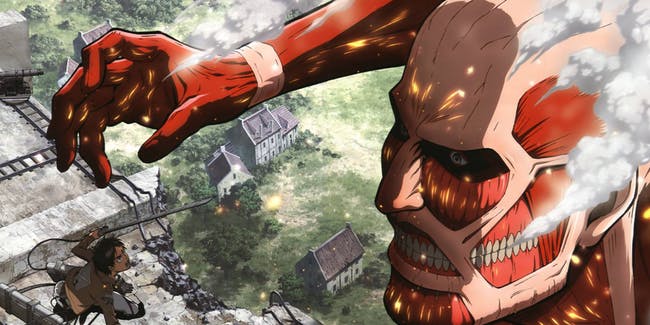 Attack on Titan (also known as Shingeki no Kyojin in Japanese) is a critically acclaimed anime television series which is based on an award-winning manga series of the same name. Written and illustrated by Hajime Isayama, the manga series was first published on September 9, 2009. Almost a decade later, the manga series was picked up to be made into an anime television series, and Season 1 of Attack on Titan premiered in Japan on April 7, 2013. While the anime adaptation did face scant criticism, it was largely deemed to be a faithful recreation of the manga series, and was a hit among fans of the source material.

Subsequently, the show was renewed for a second season, and Season 2 of Attack on Titan made its way to viewers’ screens years later on April 1, 2017. Season 2 was also praised far and wide, prompting the producers – Wit Studio – to renew the show for a third season. Season 3, consisting of 22 episodes, was slated to be released in two parts, and the first part of Season 3 premiered on July 23, 2018. After an excruciating wait for fans, the second part of Season 3 was released on April 29, 2019, and already, some are hoping for a fourth season of the show. Here’s everything we can tell you about the prospects of Season 4.

Attack on Titan Season 4 Release Date: When will it premiere?

Though, fans shouldn’t be disheartened because, even with the anime, and possibly the manga, ending soon, Attack on Titan will still continue to live on in various forms. It has already been adapted into multiple video games and a live-action film. On top of that Warner Bros. is also developing its own live-action film adaptation of the series to be helmed by ‘IT’ Director Andy Muschietti.

You can stream the subbed and dubbed versions of ‘Attack on Titan’ on Netflix, Adult Swim, Crunchyroll, Funimation, and AnimeLab.

The events in the show take place in an alternate universe. Around a 100 years prior to the events of the show, massive humanoid creatures called Titans mysteriously emerged in the world and started devouring humans. While these Titans devoured humans mindlessly and without remorse, they were somehow completely oblivious to all other forms of life, and they ended up pushing humanity to the brink of extinction.

While most of humanity perished, some managed to escape the attack, and they survived for a century within three enormous walled off areas guarded by the outermost Wall Maria, the middle Wall Rose, and the innermost Wall Sheena. For a century, these humans lived in and grew up in an uneasy peace, never knowing when another attack would come. However, a century passed without any major attacks, and the humans grew a bit complacent and even started hoping for a better future.

In this backdrop, the show follows three youngsters – Eren Yeager, Mikasa Ackerman, and Armin Arlert – who dream of seeing everything the world has to offer outside the massive walls which protect humanity. However, the trio’s hopes are shattered when a massive 60-meter-tall Colossus Titan mysteriously appears outside Wall Maria after a lightning strike and breaches the wall. While the Colossus Titan disappears after breaching the wall, smaller Titans pour in through the breach and devastate the outermost district of the human stronghold. At the same time, an Armoured Titan smashes through the gate in Wall Maria and disappears, leaving the outermost district utterly compromised.

While humanity manages to fend off the smaller Titans, the powers that be are forced to relocate the remaining survivors to the inner districts. This sudden influx of people from the outer district causes strife, chaos, and famine within the inner district.s Thrown into sudden turmoil, Eren, Mikasa, and Armin face tremendous personal loss and turn their anger towards ridding the world of Titans once and for all. To further their cause, they enlist with the Survey Corps, an elite military unit which is engaged in killing Titans and reclaiming land for humanity. As the trio dive head first into a brutal war which seemingly has no end, the show follows their triumphs and their failures as they look to find a way to destroy the Titans once and for all.

While Attack on Titan has dozens of characters, it’s quite evident that Eren, Mikasa, and Armin are the three main characters in the show. Below, we’ve provided you with brief descriptions on each of them.

Eren Yeager: The main protagonist of the show, Eren is a boy who joins the war against the Titans following the attack on Wall Maria. Having already had a tough childhood, Eren is completely devastated when he watches his mother being eaten alive during the attack on Wall Maria. However, Eren somehow manages to escape with his life, and in the years which follow, he is injected with a mysterious fluid by his father. Later in the show, it is revealed that the mysterious injection granted Eren the power to transform into a Titan himself. While transforming into a Titan leaves Eren with a high fever and major fatigue, the ability also allows him to regenerate at extraordinary rates, and he can grow entire limbs back.

Mikasa Ackerman: Eren’s adoptive sister, Mikasa was rescued by Eren when three men invaded her home and killed her parents. Eren managed to kill two of the invaders, while Mikasa herself killed the other one. Since then, Mikasa has been living with Eren as his adoptive sister. Understandably, Mikasa shares an unbreakable bond with Eren, and always rushes to his aid whenever he is in danger. In combat, Mikasa is a prodigy, and was among the most sharpest and most capable among trainees at the Survey Corps academy. Considered to be a genius, Mikasa displays a tremendous ability for planning, and has impressive combat skills and agility.

Armin Arlert: A childhood friend of Eren and Mikasa, Armin is the third main character in the show. While physically weak, Armin boasts tremendous emotional strength and intellectual capabilities, and is considered to be a master planner despite his young age. With a keen eye for observation and a clear head, Armin can come up with effective combat plans even under intense pressure, and is an asset to the Survey Corps in the war against the Titans.