Who is Banana in ‘The Masked Singer’? New Clues, Guesses 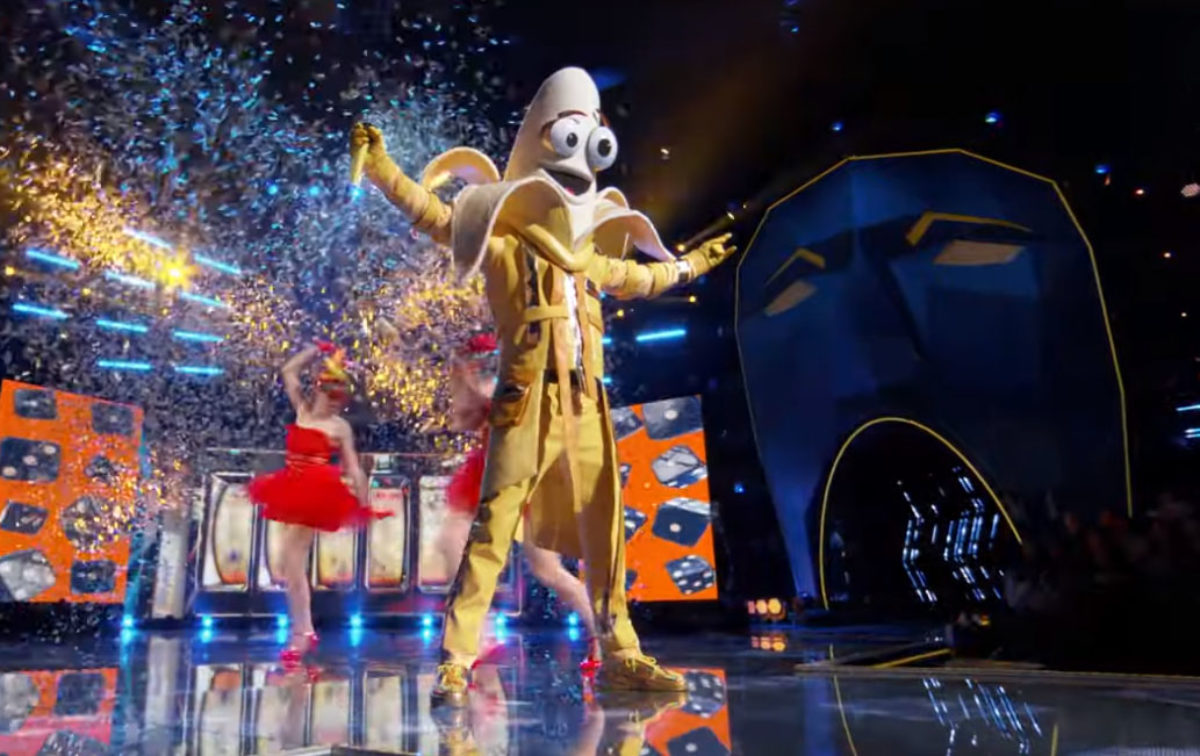 ‘The Masked Singer‘ Season 3 is heading towards the finale for Group B, from where we will see three participants moving on to compete against the winners of Groups A and C. One of the most fascinating performers in Group B has been Banana.

With several visual and verbal clues, in two appearances, the performer has also managed to amaze us with their songs. The first week saw the Banana belt out Elvis Presley’s “A Little Less Conversation”, while the second performance was all about an excellent rendition of “Achy Breaky Heart” by Billy Ray Cyrus.

Most importantly, the Banana also dropped a new clue package which helps us narrow down on who might be behind the mask. In fact, we are quite convinced about who Banana is. Before you read on, here is the new clue package provided by Banana. We have also attached the clue package from the first performance, here.

Banana’s clues in the first performance included a track field where he was napping. We also get to see a cowboy hat and red, blue, and white stripes. A blowfish on the ground is also visible. A blue-collar is another visible clue, as we see Banana partying on a bus.

He appears to be a total hoot at parties. The second clue package reveals even more. We see a clock showing 2:13, while Banana speaks about being around for all these years. He meets some men in a boardroom, about rebranding himself. This is when we see black cowboy boots.

As we see some cable shows starring Banana, he mentions that he wants to rock out as his authentic self. Other visual clues include a green snake and an acai bowl. After his performance, Banana revealed that art was his favorite subject in school, and had seen him through some tough times.

Over time, it has become increasingly clear that the Banana is likely to be Poison frontman, Bret Michaels. While Bret’s voice sounds different, it can be masked. However, fans have read into the body language of Banana, and it resembles Bret, who’s been seen performing up close numerous times.

The clues also link to him quite well. The cowboy hat is part of his usual attire, while the blowfish was initially combined with ‘hoot’, for a Hootie and the Blowfish clue. However, it might be interpreted differently. After all, a blowfish is poisonous and might be referring to Bret’s band’s name.

The blue dog collar could refer to Bret’s company Pet Rock, and he also mentioned that his daughter convinced him to put on the Banana costume. Bret has 2 daughters, so it makes sense. The 2:13 on the clock could refer to Bret’s appearance as himself in Season 2 Episode 13 of ‘Revolution’, which he raved about. The black cowboy boots are also part of the singer’s attire.

The green snakes we see, could be poisonous as well and accompanied by Bret’s message about rebranding, it might mean that the singer wants to reinvent himself after his time with the band. The posters of cable shows point to ‘Rock of Love’. Lastly, the reference to art getting Banana through tough times could refer to the LOVE+PLUS Apparel Collection that Bret is starting with his daughters. It will also have his photography.

As for tough times in Bret’s life, the singer has had quite a few, including health problems like a stroke, an almost fatal brain hemorrhage, heart surgery, and a skin cancer diagnosis. You can check out a post below, where one of Banana’s stage moves is exactly like Bret’s.

The more I think on it I think the Banana Mask is Bret Michaels! That’s his walk, his swagger, and the clues fit! Oh and there is this…. #MaskedSinger #BananaMask pic.twitter.com/62mbPUR96v

Bill Engvall, the comedian, remains a distant second guess. The Texan might have a similar accent, and the blue-collar could refer to the Blue Collar comedy tour. You can also check out a fan’s tweet believing in this theory. However, for now, we are pretty sure it is Bret Michaels in the costume. Although an official unmasking would definitely clear all doubts, there is no denying that we also want to see a powerful performer like Banana stay on, in the show.