Barbara Keim’s Murder: How Did She Die? Who Killed Her? 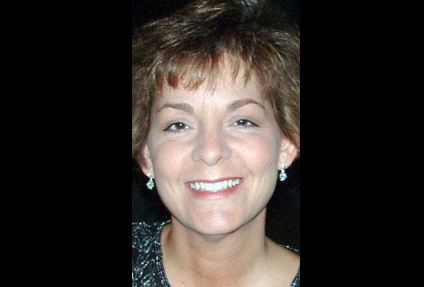 Investigation Discovery’s ‘Field of Nightmares’ examines the baffling tale of Barbara Keim’s 2005 murder, which shook the town of Middlebury, Indiana, to such an extent that it is a matter still talked about to this day. Apart from this hour-long special, Barbara’s slaying has also been profiled on Season 4 of ID’s ‘Betrayed,’ in an episode titled ‘The Body in the Cornfield.’ With aspects like romance, teenage angst, protection, rage, and evil, this case has it all. So now, if you’re curious to know all the nitty-gritty details of this brutal yet seemingly senseless crime, you’ve come to the right place.

How Did Barbara Keim Die?

At 41-years-old, Barbara Keim was juggling two ex-husbands, a rebellious teenage daughter, Hannah Stone, and a 5-year-old son named Timothy when her world turned upside down. Having just moved to Middlebury, Indiana, when the single mother wasn’t working as a nurse at the Elkhart General Hospital, she was busy raising her children and being an active member of the local community. Being well-liked around town, when Barbara didn’t show up for work on August 5, 2005, and also failed to pick up her son from his father’s place, her sister became worried and reported her missing.

At that point, people thought that Barbara’s daughter had vanished as well. So, their friends and family handed out fliers, talked to the media, and did everything in their power to publicize the case and hopefully secure their safe return. Unfortunately, though, it wasn’t until one of the assailants confessed a few days later that Barbara’s cold and bloody remains were recovered from a cornfield in Kosciusko County. As per official reports, she was shot once in the back of the head and killed instantly. Thus began the legal battle to ensure that all of Barbara Keim’s assailants faced justice.

Barbara Keim’s 17-year-old daughter, Hannah Stone, her boyfriend, Spenser Krempetz, 18, and their friend, Aaron McDonald, 17, were behind her murder. The mother-daughter duo’s relationship had been strained for quite some time as the former didn’t like Hannah’s friend circle or her relationship with Spenser, thinking of them as bad influences. And in early August, their ongoing conflict came to a head when Barbara kicked her daughter out of the family home for refusing to break up with Spenser. Angered by this, the teenage couple hatched a plan to rob and murder the 41-year-old and got Aaron to help them in exchange for $400 as well.

On the evening of August 4, 2005, when Barbara was home alone, her daughter knocked on the front door and told her that she needed to pick up some clothes. Once Barbara opened the door, Hannah stepped aside to let Spenser run in and tackle her. The trio subsequently bound the older woman’s arms, eyes, and mouth with duct tape and robbed her of all her bank cards. Then, while Hannah stayed behind to reassure anyone who came around looking for her mother, Spenser and Aaron dragged Barbara into a van and started driving south to rural Kosciusko County. Once there, they executed their plan, with Spenser killing Barbara by shooting her in the middle of a cornfield.

Aaron McDonald only ended up receiving $100 when he had been promised $400. So he went back to Barbara’s residence the next day and stole one of her cheques, making it out to himself for $800. But once he tried to encash it, the police were notified by the bank teller, leading to his arrest. Aaron confessed to everything quite quickly under interrogation, leading to Hannah Stone and Spenser Krempetz’s apprehension. In the end, all three of them pleaded guilty to the charges against them. Spenser, the suspected mastermind, got life in prison without the possibility of parole, whereas Aaron received a 62-year-long sentence. Hannah, though, ended up getting 100 years in prison.

Read More: Where Are Hannah Stone and Spenser Krempetz Now?