All You Need to Know About Barry Weiss From Storage Wars 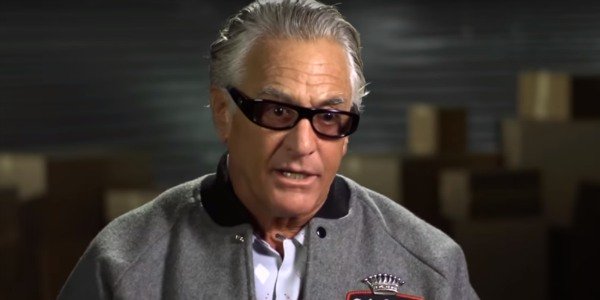 ‘Storage Wars’ has remained a favorite among viewers, and a lot of it has been because of the eccentric collector Barry Weiss. The series focuses on storage facilities where the rent has not been paid for some time. Eventually, items are auctioned off, and some of these can get competitive. Now, Barry has been an antique collector from the age of 15. Thus, he has an eye for what might look good on his shelf.

Despite the popularity, the self-described professional slacker left the show in 2015, much to our surprise and disappointment. Since then, Barry has laid low and does not maintain an active social media presence. In fact, his Twitter handle’s last post is from 2014! Naturally, you must be curious to know more about the man who is notorious about his privacy. Here’s everything we have on Barry Weiss.

How Old is Barry Weiss?

Barry’s past is notoriously obscure, but he appears to be 68 years old, as of 2020. The Jewish-American man has always had a passion for acquiring antiques and valuables, ever since he was a kid. He’s channeled that same zeal in ‘Storage Wars.’

No, Barry Weiss is not currently married. However, the bachelor did tie the knot some 30 years ago, long before he achieved the fame he enjoys today. Ever the closeted guy, Barry has kept the details of his past marriage extremely private. Thus, despite such efforts, we have not been able to dig up any information on his ex-wife. Neither do we know why they split, or what Barry’s current romantic interests are. Some people just like to keep the cards close to their chest.

Who is in Barry Weiss’ Family?

Although Weiss is not married, he does have a large family around him. Barry has a son and daughter, named Jack and Julie. Reports suggest that Barry is also a grandfather now. Apart from that, Weiss has a brother named Joey, and they run the family import-export business together. Barry also has a godson, Jesse James, who is a celebrity in his own right. Jesse, known for ‘Monster Garage’ and ‘West Coast Choppers,’ also famously dated Sandra Bullock.

Barry’s best known for being an avid car collector. Among some of the beauties in his garage is a Beatnik Custom. It is a 1955 Ford inspired by the visuals of a Cadillac. The ride took three years to build. His Lincoln Zephyr Couple was snatched at an auction. The Batmobile-like vehicle has received some modifications from Barry, who’s put in a flamethrower exhaust. Talk about a hot ride!

The Ford Coe Truck is from an older era, and Barry is an old school man. Thus, he was not averse to shelling out a few dollars to pick up this classic. Weiss is not just into unique vehicles. He likes plain old luxury cars as well. When he’s not vying for storage unit property, he is usually cruising in his Maserati GranTurismo, or Jaguar XJ. Perhaps, the crown jewel of Barry’s collection is the 1947 Cowboy Cadillac. The ride looks to be straight out of a sci-fi movie.

He also owns a 32 Ford, a Ford Ranchero, and not to mention, a regular Cadillac, because, well, the top-down style seems to suit Barry Weiss. His spectacular collection is the result of smart purchases and smarter acquisitions from storage units.