BeatBox Beverages Shark Tank Update: Where Are They Now?

Entrepreneurs Justin Fenchel, Brad Schulz, and Aimey Steadman appeared on season 6 episode 4 of ABC’s ‘Shark Tank,’ seeking a life-changing investment from the Sharks for their company, BeatBox Beverages. Branding themselves as a party drink for millennials, BeatBox Beverages introduced wine-based mixed punches in boxes. Naturally, with the product appearing to be more convenient than regular bottles or cans, people were interested in learning more about the company. Well, fret not because we come bearing answers!

BeatBox Beverages: Who Are They and What Do They Do?

Justin Fenchel pursued his Bachelor of Science in Economics from Pomona College before going on to complete his MBA in entrepreneurial studies from Texas McCombs School of Business. Before completing his MBA, Justin worked as an Equity and Financial Analyst at several organizations before starting his own company Flying Penguin in July 2009. Moreover, in November of the same year, he co-founded BeatBox Beverages LLC. Although Justin was absent for a few years because of his MBA, he is currently the CEO of Future/Proof, a second company that he co-founded in 2019, alongside functioning as the CEO of BeatBox Beverages. Meanwhile, Amy Steadman completed her Bachelor of Science in advertising and even has an MBA degree which she earned from the Texas McCombs School of Business. 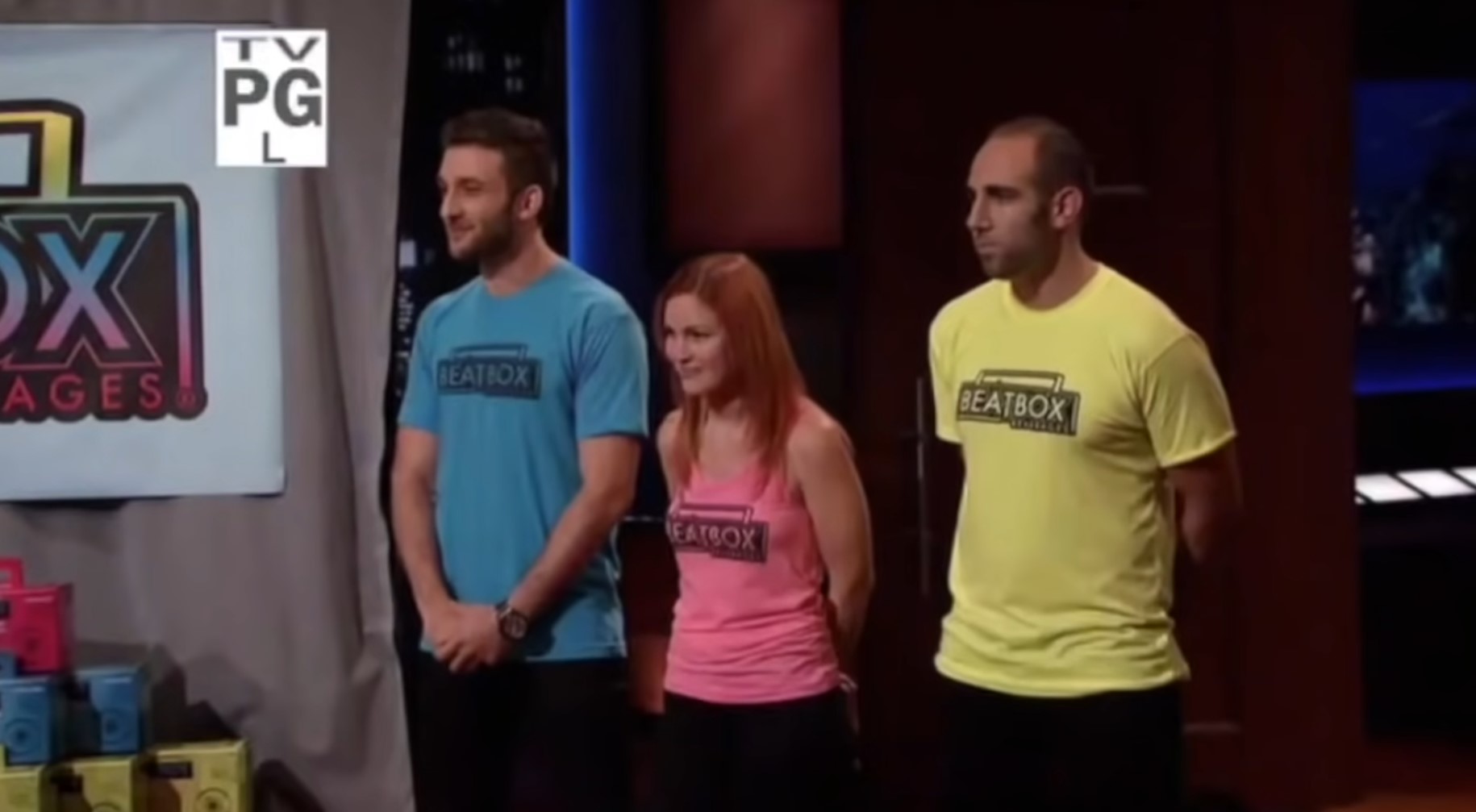 Interestingly, Amy has had a remarkable professional life, with a few of her notable positions being Chief of Staff and Marketing Lead at Texas Venture Labs and Founding Board Member and Board President at Naturally Austin. At present, apart from fulfilling the COO role at BeatBox Beverages, Amy is a board member at Naturally Network. On the other hand, Brad completed his Bachelor of Arts in Marketing from the University of the Pacific – Eberhardt School of Business before taking up numerous prestigious roles, including the Director of Digital Media at Kabillion and the Head of Moshi TV at Mind Candy. In 2013, Brad co-founded the talent network Tryout before going on to work as an advisor and VP of brand strategy at Dubit Limited. However, he currently works full-time as a Chief Marketing & Experience Officer at BeatBox Beverages.

While on the show, Justin noted that he and his co-founders met and became acquainted during business school. However, with Justin mostly being the person responsible for providing drinks at parties, he found bottles and cans quite cumbersome and messy. Moreover, while mixing drinks properly in large containers was challenging, cleaning and disposing of the waste seemed quite difficult after a whole night of partying. Thus, while racking his brains for better solutions, Justin came up with the idea of Beatbox Beverages and soon got his friends in on the plan.

At that time, BeatBox Beverages produced wine-based flavored party punches, which came pre-mixed in a box. While the drinks were made from orange wine, they came in four original flavors, including one which was exclusive to Texas. Moreover, the beverage, which came in 5-liter boxes, had an alcohol percentage of 11.1 and was relatively easy to transport and serve without having to worry about mixing.

Where Are BeatBox Beverages Now?

Although BeatBox Beverages was established in 2012, reports say that the company failed to meet the mark of its first IndieGoGo campaign and was only able to raise $6000. However, Justin, Brad, and Aimeyt remained undeterred by the bump in the road and were determined to make it big in the near future. Thus, they started their business with a meager investment and soon realized that people were reacting positively to their product. Interestingly, the company had a debt of about $100,000 in its initial months, but once the co-founders made sales of around $245,000 just 14 months after the launch, there was no looking back. 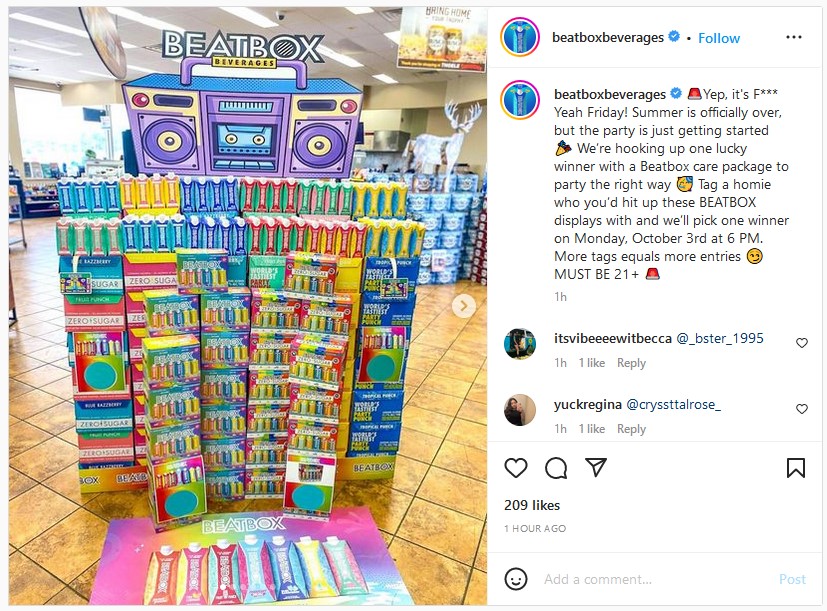 BeatBox Beverages came onto the show asking for a 200,000 dollar investment in return for 10% of the company. Although the Sharks were interested in the concept, none of them could strike a deal until Mark Cuban offered them $600,000 for 33%. However, the co-founders countered with a million dollars for the same 33% stake, and Mark agreed.   The investment helped immensely, as Justin, Amy, and Brad, along with Mark, increased their reach and began stocking their product in supermarkets and stores around the country.

By 2021, BeatBox Beverages earned the status of the fastest growing brand in the boxed alcoholic beverage category, and soon the co-founders thought of adding to their catalog of refreshing drinks. Hence, alongside mixed punches, the company currently does business in single-serve boxed wine, hard seltzers, and seltzer cocktails. Moreover, they have increased their variety and presently serve many more flavors than the original four. Sources claim that the company earned around  $18 million in revenue in 2021 and believes that the number will cross the $20 million mark in 2022.

People interested in a taste of the beverage can get their hands on a pack from their official website, which will put one back by about $42.99. Additionally, the company sells a 6-pack variety box which has a price tag of 19.99. Interestingly, BeatBox Beverages is currently valued at $200 million, and since the company raised another $15 million from investors in recent times, we can expect big things in the future.