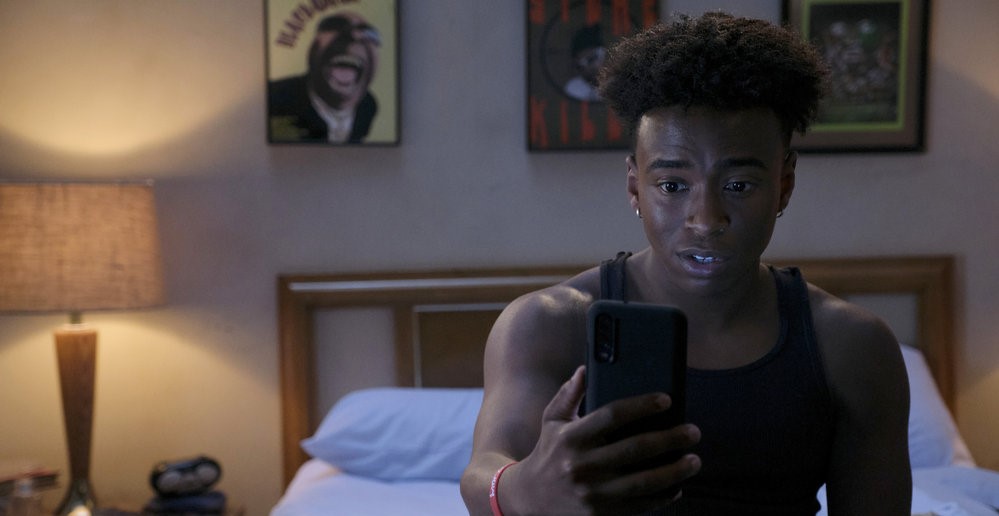 Because ‘The Fresh Prince of Bel-Air’ is a sitcom, its setting was naturally restricted. Being an updated and dramatized version, the reboot doesn’t have the same problem. This has allowed ‘Bel-Air’ to portray the wealth and power of the Banks family more accurately. Everything about them is big and flashy, perfectly resonating with the decadence that people generally attach to the affluent class of Los Angeles.

Episode 4 of ‘Bel-Air’ ends with Will (Jabari Banks) learning that Rashad has been killed. This effectively takes away the reason for Will to stay in Bel Air. The series deals with this issue immediately, and Will is forced to make certain decisions that will have long-term consequences in his personal and school lives. Here is everything you need to know about the ending of ‘Bel-Air’ episode 5. SPOILERS AHEAD.

Episode 5, titled ‘PA to LA,’ begins with Tray arriving in Los Angeles from Philadelphia. Like Will before him, he is immediately enamored by the wealth of the Banks family and the access it grants them. Phil (Adrian Holmes) arranges for him and Will to be VIP spectators at a D Smoke concert. They even get the chance to interact with the famous rapper. [Will also has a friend named Tray in the original series, though he is known as Ice Tray there. A young Don Cheadle portrays him in a season 1 episode]. In ‘Bel-Air,’ Will and Tray can’t be happier about their reunion.

However, Tray soon realizes that Will has doubts about returning to West Philly, and a conflict suddenly erupts between the two childhood friends. This leads to Tray heading back to Philadelphia earlier than he was supposed to. Meanwhile, Hilary (Coco Jones) gets ready to relocate to the home of the Crib of Influence. Her parents host a dinner for her future housemates and discover that these influencers are quite accomplished.

Kylo, the house leader, is a lifestyle vlogger. There is also a travel vlogger. The third member, Monica, is a “leading sex-positive relationship advise counselor.” Moreover, there are Jared and Nathan, African-American brothers who are stuntmen and pranksters. During the dinner, they pull a prank on the Banks family, unsettling them once more about Hilary’s immediate future.

An inebriated Tray reveals to Carlton why Will is really in Bel-Air and how Phil pulled some strings to get Will out of the police custody. Carlton subsequently confronts both his father and Will and tells the latter to stay away from him and Lisa. Ashley (Akira Akbar) speaks to Monica. It’s a scene that easily could have gone sideways, but the creators of ‘Bel-Air’ approach it with much care, and the entire conversation ends up becoming quite educational — not just for Ashley but also the audience members who might be dealing with similar issues.

Later, Ashley candidly speaks to Hilary about her feelings towards her female friend. Initially, Viv struggles to find her way back to her artistic sensibilities. She meets up with Reed Broderick, who seems to be an art dealer. It also appears they have a history together. Reed tells Viv that he has saved a spot in his art gallery for her. This inspires Viv to finish her first piece in years.

Bel-Air Episode 5 Ending: Does Will Go Back to West Philadelphia?

After realizing that Will now has to go back because the issue in West Philadelphia has been resolved — albeit violently — Viv decides to speak to her sister about making Will’s stay in Bel-Air longer. However, Vy immediately shoots down the idea. Her husband left her and Will when the latter was relatively young. Since then, it just has been her and her son. The last few weeks were probably the longest time they have stayed apart from each other.

However, in the course of this episode, Will realizes that he can’t go back to his old life. Bel Air offers him a unique opportunity and opens up a myriad of future paths for him. Tray realizes that his best friend is having doubts and deduces that he has already made his decision. They quarrel, and Tray leaves. Later, Will speaks to his mother and tells her that he doesn’t want to return to Philadelphia. In an emotional scene, he reminds her that she always urged him to know the world beyond West Philly. And staying in Bel Air will allow him to do just that. It clearly breaks Vy’s heart, but she accepts her son’s decision.