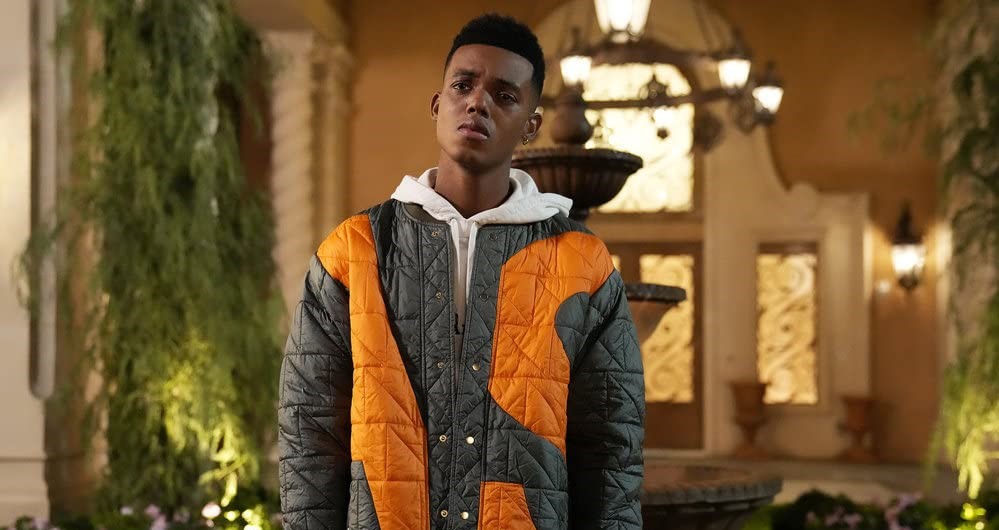 In ‘Bel-Air’ episode 7, Will (Jabari Banks) and Lisa (Simone Joy Jones) suddenly find themselves becoming star-crossed lovers as the election campaign heats up. Will arranges a party for a demoralized Carlton (Olly Sholotan). The provocative video that Hilary (Coco Jones) made in the previous episode gets uploaded to the internet without her knowledge. We finally learn under what circumstances Viv (Cassandra Freeman) quit painting. She gets into an argument with Phil and leaves for an art fair in San Diego. When Phil learns from Geoffrey that Reed will also be there, he immediately makes travel arrangements for himself. Here is everything you need to know about the ending of ‘Bel-Air’ episode 7. SPOILERS AHEAD.

Episode 7, titled ‘Payback Is a B*tch,’ begins as Phil and Fred have a talk with Will and Lisa, respectively. Phil reminds Will why the latter has come to Los Angeles in the first place. If Fred somehow finds out what strings Phil had to pull to get the boy to the City of Angels, Phil’s political career will end then and there. Although both Will and Lisa agree not to see each other, the thing about teenagers is that they would often do the opposite of what they are told. They secretly start dating. Having realized that he needs to speak to Carlton, Will arranges a party at the Banks household to uplift his cousin’s spirits.

However, Carlton remains miserable. He doesn’t know most of the people that are there. Will’s attempt to set him up with a girl from school doesn’t initially end well. Lisa helps Will understand the unique pressure an African-American kid feels in Bel-Air, and how wealth is not always the parameter of happiness. Later that evening, Carlton’s lacrosse friends show up, and he finally confronts Connor. Meanwhile, things rapidly escalate between Will and Lisa, and they end up sleeping together.

Furious that Kylo, the head of her influencer house, has posted her video without her permission, Hilary initially decides to speak to her father and ask him to get her out of her contract. However, her mother advises her to deal with the issue herself. Hilary finds an ally in Jazz, who is visiting the Banks home for the party. He accompanies her as she goes to confront Kylo. However, Kylo helps her see how well-received her video is and how it has made her online presence more profitable. Hilary finds herself agreeing with Kylo, much to the dismay of Jazz. The two of them get into a fight, and Hilary ends up insulting the record-shop owner.

Viv also becomes angry after learning that Phil has spent their money on the campaign without telling her. She travels to San Diego, where she meets up with Reed. After learning about Reed’s past relationships with other women artists, Phil decides to follow his wife to San Diego. Inevitably, there is a confrontation between the two men that makes Viv even angrier. As the episode ends, she makes Phil return to Bel-Air, while she remains in San Diego.

Bel-Air Episode 7 Ending: Does Carlton Find Out About Will and Lisa?

After his fight with Carlton, Connor leaves and calls the police. When they arrive, the police officers try to arrest Carlton. The experience seems to jar Carlton, who has led a largely sheltered life up until now. As a police officer puts the handcuffs on him, Will and Lisa come down from Will’s room. The latter contacts her father, who instructs the officers to let everyone go. If Carlton had gone up and visited Will’s room as he was planning to, he definitely would have found out about what was happening between Lisa and Will. As he doesn’t, things remain ambiguous between the three of them. However, it’s possible that Carlton suspects something and might confront Will and Lisa about it in the upcoming episodes.

Why Did Viv Quit Painting?

This episode finally provides a detailed explanation of why Viv quit painting. After her children were born, Viv struggled to balance work life and home life. She loved painting, and Phil loved watching her paint. However, her life had become so hectic that she came to loathe her art. In the present, Viv accuses Phil of not trying his best to convince her not to quit. In reality, he was watching her slowly kill herself, so he eventually told her that she didn’t have to worry about her job again. Although he opened the door, she was the one who walked through it.