Below Deck Adventure’s Oriana Schneps: Everything We Know 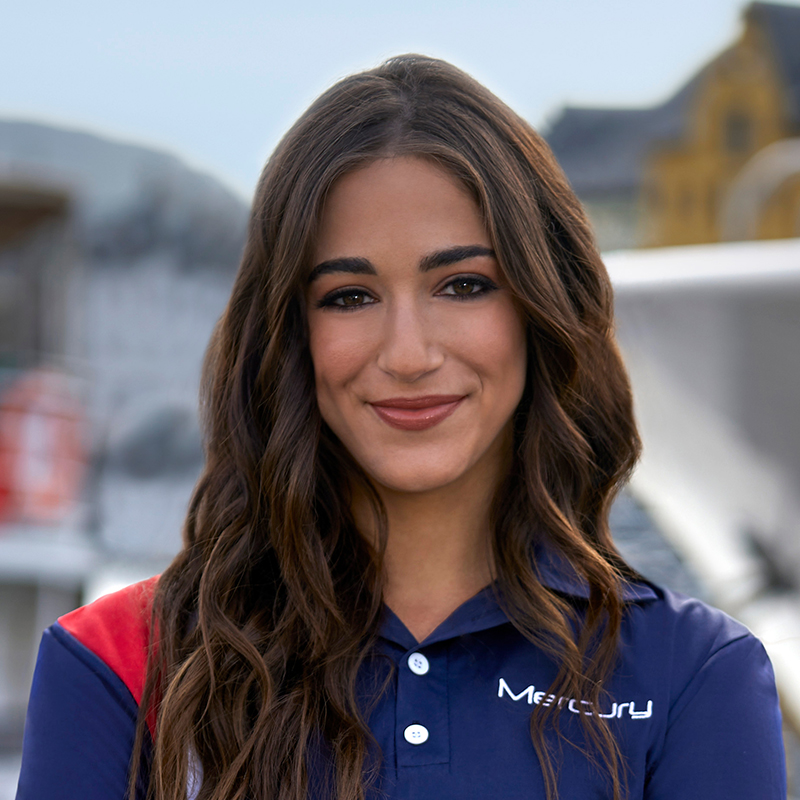 The fourth spinoff of the ‘Below Deck’ franchise, ‘Below Deck Adventures’ is a reality series that features several crew members as part of Captain Kerry Titheradge’s beautiful 150+ feet long yacht, Mercury, as they sail through Norway. In addition to offering breathtaking vistas across the icy Norweigan fjords as the boat travels through picturesque landscapes, it also gives us an inside look at how the crew interacts with each other below the deck. Like other shows in the franchise, we are also treated to unadulterated drama as the crew members attempt to deal with the expectations of thrill-seeking guests.

Among the fresh faces in the crew of season 1 is Stew Oriana Schneps. Her free-spirited and hardworking personality, alongside her boatmance with Bosun Lewis Lupton, piqued the fans’ curiosity in her personal life. Naturally, many must wish to know more about Oriana’s childhood, family, and profession as well as whether she has a special someone. Well, let’s find out everything we know!

Born sometime in the mid-90s, Oriana Schneps is most likely 27-years-old. She reportedly hails from Cambridge, Massachusetts, and grew up in a loving household comprising her supportive parents and a brother, Robert Goodman Schneps. She is known to have had a pretty exciting time growing up, where she learned horseback riding, scuba diving, and fencing. While growing up, Oriana even met President Obama!

Since an early age, Oriana has had a fascination for water. In 2010, at the age of 15, she was involved in a high school program at New England Aquarium in Boston, New England, wherein she obtained an Open Water dive certificate and gained knowledge about marine life. Oriana credits the experience at the aquarium and that trip for helping her find her calling.

While in college, the young environmentalist also attended the Climate Change Rally in 2013 in Washington, D.C. She then went to the University of Massachusetts Amherst, where she earned a Bachelor of Science degree in Biomedical Management. Her participation in a scuba diving research expedition in the Bahamas motivated her to take up yachting as a career. Oriana’s leadership skills as the Student Body President of Hobart and William Smith Colleges helped her become an entrepreneur at a very early age.

Oriana has a tonne of work experience. In 2016, she began working as a Chief Stew at International Yachting. After working there for nearly two years, she accepted a position as Estate Operations Manager at a multi-property family estate in 2018. As an entrepreneur, Oriana launched a Doon Designs e-commerce business in 2019 while working full-time as an Account Executive at VaynerMedia. In addition, Oriana founded the digital media company Disco House NYC, which she continued from May 2018 until July 2020.

Later, Oriana was hired as an Account Executive by The Sasha Group, where she worked until March 2020. The same year, she accepted a position as a Senior Strategic Analyst at String and Key. Oriana quit her job in August 2021 and began filming for ‘Below Deck Adventure’ on Bravo. The entrepreneur joined United Yacht Sales as a Yacht Broker in 2022 and co-founded Lazy 8ight Yacht Club, a cutting-edge blockchain startup. When the entrepreneur is not working 12-14 hours a day merging luxury hospitality and technology, Oriana loves to travel, sit back, and soak in the magic of breathtaking sceneries.

On the show, Oriana Schneps was seemingly engaged in a boatmance with Bosun Lewis Lupton. Despite all the passionate moments they appeared to share on the show, we’d like to reveal that they’re not a couple. In fact, Oriana is dating San Francisco restauranteur owner John Dampeer, who was also one of the Charter Guests on the show. The two seem to be madly in love with each other. Oriana appreciates his existence in her life and doesn’t shy away from expressing her love for John on her social media accounts.

Oriana regularly hangs out at John’s wine-and-bear bar and restaurant, Fool’s Errand, located in San Francisco. They also had a watch party with other charter guests in Norway. After filming the first season of the Bravo show, the pair also went on a yacht trip to Croatia. Her love for horses and adventure hasn’t declined one bit, and she takes time out from her busy schedule to travel and go horse riding. Taking everything into account, we are delighted to inform you that Oriana is blissfully enjoying her life with her boyfriend, John Dampeer, and we wish the two more happiness in the future.

Read More: Where is Below Deck Adventure Filmed?