Are Benjamin and Akinyi From 90 Day Fiance Still Together? 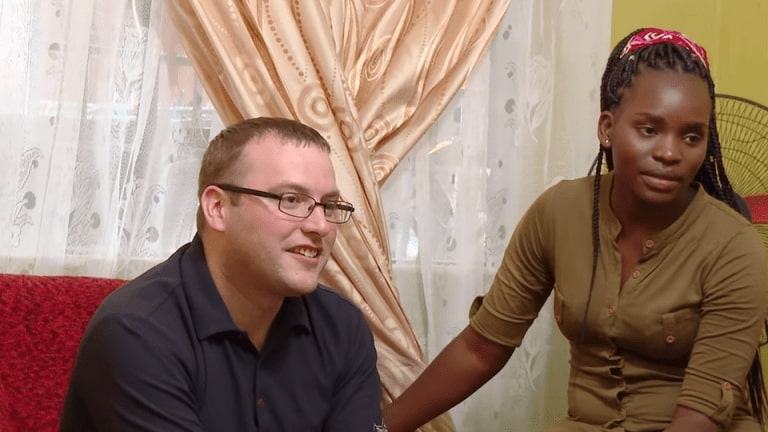 While ‘90 Day Fiance‘ follows an international couples’ journey towards getting married in the U.S. after the non-American partner has received the K-1 visa, the spin-off of the original TLC show, called ‘90 Day Fiance: Before the 90 Days,’ as the name suggests, follows the journey before that. This series documents the story of international couples as they meet for the first time, after which they must decide if they want to continue with their relationship and go through the K-1 visa process or break things off.

Benjamin Taylor, tired of dating in the U.S., expanded the geographic preferences on a dating app, after which he saw Akinyi Obala for the first time. The two connected online and quickly formed a strong bond over their shared Christian faith. So, after a while of getting to know each other, he flew all the way to Kenya, Akinyi’s home country, to meet her family and ask for her hand in marriage.

Even with their strong relationship online, the couple struggled with cultural differences when they finally met in person. Benjamin had to give her family a “bride price” before he could marry her, and when he admitted that he wasn’t very well off, her family, although unhappy, decided that he could pay them in installments in the future. The family became even more troubled with Benjamin when Akinyi told them that he wasn’t a typical “alpha male.”

Benjamin, a single dad, was also worried about how his potential future marriage would affect home life with his son. Throughout their time on season 3 of the series, the couple were quite open and honest with each other; therefore, Benjamin was able to admit to his fears of getting married to Akinyi, and the couple was able to work through it.

Since Benjamin is very conservative and is even studying to become an ordained minister, he got quite mad at Akinyi after she drank a bit of alcohol on a night out. As the season ended, the couple decided to stay together but parted ways physically. If you’re wondering where the couple is now, just keep on reading and you’ll find out all the details.

Are Benjamin and Akinyi Still Together?

Benjamin and Akinyi are still very much together. Though the couple had to go their different ways and live their lives in different countries, they have managed to make things work and are still happily in a relationship. And since Benjamin was able to pay the full bride price ultimately, the couple is considered married in Kenya. Having said that, the unfortunate news is that this marriage is not considered legal in the U.S., so they still have to go through the K-1 visa process.

In the Tell-All episode of the season, Benjamin also said that they were married in the eyes of God. The pair did give rise to a lot of speculations and rumors about their break up after that, by not spending the holidays together and by also not posting about each other on their respective social media pages. But Benjamin shut those down by responding to comments asking about their relationship status and posting the following picture with the caption “Look who I found,” which proved that the couple was together in Kenya just this January.

Along with this, he posted another picture with an adorable caption stating how much he missed Akinyi. It said: “Missing this beautiful woman, she fills me with so much love and spirit. They say time make the heart grow founder. Well, all of today’s time was wishing @akinyiobala was next to me.” You can check out the full post below

The journey for the couple though, isn’t nearly close to being over yet. Benjamin and Akinyi are still waiting to hear the news about her K-1 visa, so they currently do not know when she would be able to come to the U.S. We’re sure that they can’t wait to legally get married and start building their life together in the States.

Read More: Are Danny and Amy From 90 Day Fiance Still Together?