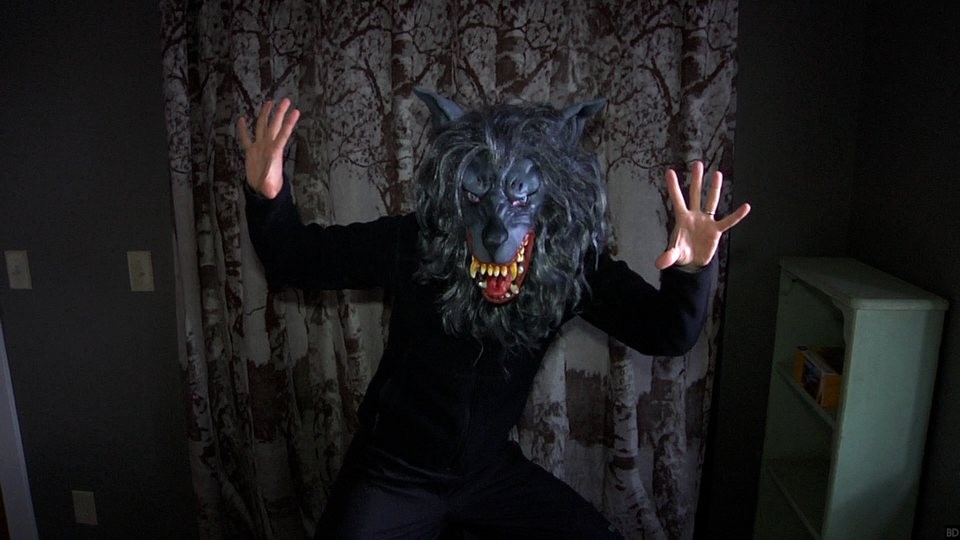 Most of us know what a found footage movie actually means. It is a form of presenting a movie where it seems that what we see has been shot by one of the main characters in the film with a camera held in his/her hand. Later, the person has gone missing or is killed along with his friends, and the only document that remains of their exploits is the footage which is now being presented in a movie format after editing. This style of filming is mainly used in horror movies, with ‘The Blair Witch Project‘ (1999) popularizing the usage of such a format.

To understand the origin of this form of storytelling, one has to go way back into a form of novel writing called the epistolary novel. In this form, the entire story is presented to the reader using journal entries or letters of the characters. ‘Cannibal Holocaust’ (1980) was the movie that brought this format into the foray. But the movie was extremely gory in nature and was banned in most countries, thus being unable to reach a wider audience like ‘The Blair Witch Project’.  With the found footage style becoming more and more popular in the turn of the decade, many film historians have begun comparing this low-budget format to what was called the ‘slasher movie‘ during the 1970-80s.

When the found footage format is used effectively in horror movies, it can create feelings of the unknown, claustrophobia, and intense suspense as the viewer can only see what the handheld camera shows. The interesting thing about most horror films shot in this format is that it breaks the ‘final girl’ trope which is massively used in horror movies. Here, in most cases, none of the victims survive. So, here’s the list of really good found footage horror movies on Netflix that are available to stream right now. 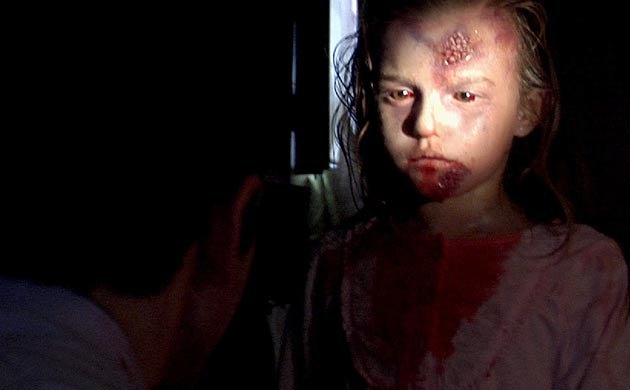 News reporters often have to face unimaginable problems while looking for the right news. Angela Vidal and Scott Percival are two such characters, with the former being the reporter and the later her cameraman. They are sent to follow firefighters and their lives. But as they are being given a tour, an emergency call sees them getting ready for action. The duo decides to follow them, eager for some news which they have a chance to break. The affected area is an apartment block, where there is no fire, but a resounding loud scream is heard. Entering, they find an old woman afflicted by some strange disease. She bites a few of the policemen and firefighters but is eventually killed. However, those who are bitten by her suffer from similar conditions and begin attacking others. Later, it is revealed that the condition is rabies and the building has been quarantined by the officials. Then begins a quest of Angela and Scott to try and manage to escape from a building with people eager for their blood.

Jennifer Carpenter and Steve Harris surprised everyone with their powerful performances. The movie has been praised for its use of the format and keeping the intensity high throughout its run. 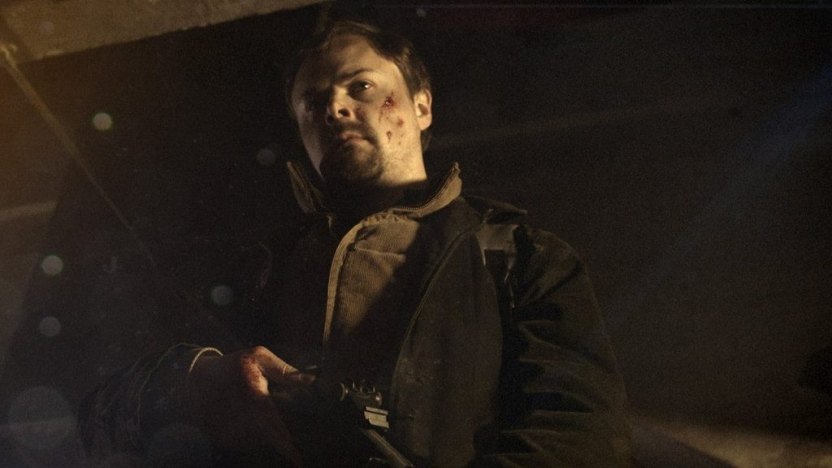 This 2016 independent film has been directed by Drew Casson. ‘The Darkest Dawn‘. Casson has attempted to make three movies, all in the found footage format, to show an alien invasion affecting the entire UK, and telling each story from a different perspective. This movie is the second instalment in the series. The story follows a certain 16-year-old called Chloe Murdock. She has been given a camcorder by her mother as a birthday present. Chloe shoots all of her life on her camera. We at first see her living comfortably with her family, but soon there are announcements that areas which have larger populations need to be evacuated. They also see the army being deployed and outside, a huge alien spaceship has attacked the city. They are destroying property and also scattering parasites which have started affecting humans in large numbers. Chloe and her sister survive and manage to meet survivors from another group. 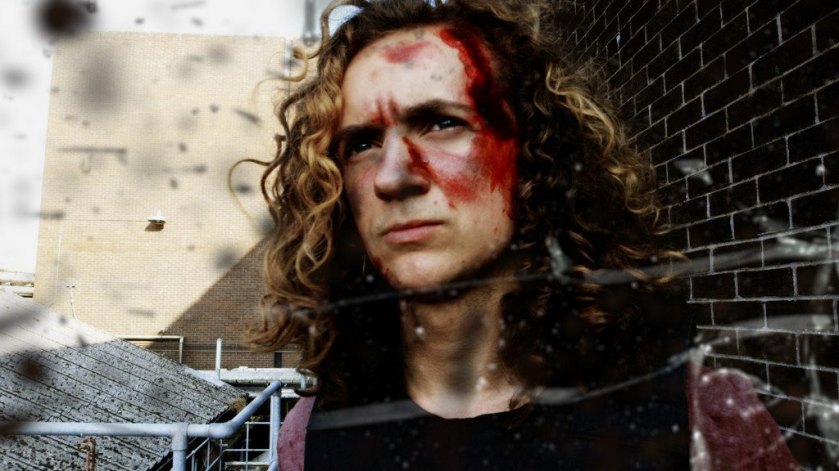 Hungerford is the first movie in Drew Casson’s trilogy, and here the director plays the role of the protagonist himself. Casson’s character is called Cowen Rosewell, and he lives in a small English town, seemingly enjoying a happy life with his friends with whom he shares an apartment. Cowen enrolls himself in a media course where the task assigned to him is that he has to record events of his life for a week on his camera. The town Cowen lives in has small gangs of violent teens who keep fighting among themselves. Cowen at first does not pay much heed, but later, he recognizes that there are some sinister forces at work behind this increasing rate of violence. It is already too late when everybody realizes that their town is under an alien siege who have first targeted the gangs. and they need to vacate it immediately.

Written by Brian Miller, this science fiction horror movie happens entirely in a space shuttle. It is the Apollo 18 mission, which, as an alternative to the actual history, did manage to reach the moon. The actual story begins when the group has managed to land on the lunar surface, and two astronauts land on the moon on a lunar module called Liberty while one stays in orbit in the command module. The two who land on the moon are disturbed by certain sounds when they try to go back, and also discover footprints that do not look human-esque. What is finally revealed is that alien beings who can take the shape of rocks exist on the lunar surface and they will not let the astronauts survive. 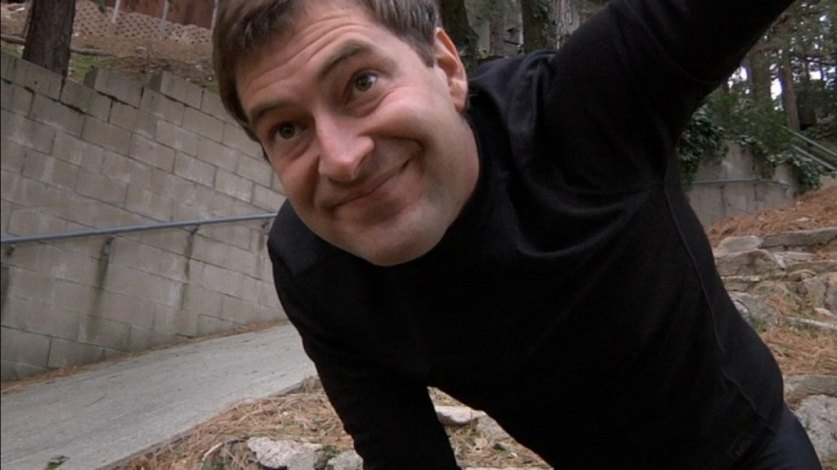 This 2014 movie is the story of Aaron, a videographer, who has decided to answer an advertisement for a job that he saw in a newspaper. The ad was from this guy called Josef who lives in a secluded house all by himself. When Aaron goes to meet Josef, he realizes something is eerily wrong with him and she should have avoided coming here. Josef however, acts innocent but strange objects in his house and a wolf mask makes Aaron more alarmed. Later that night, Aaron realizes that Josef is mentally unstable when a phone call warns him about it. He tries to escape, but things are not that easy anymore. ‘Creep’ received widespread critical acclaim from critics who marveled at the use of the found footage format, the intense acting, and the writing of the movie.

The sequel to ‘Creep’, ‘Creep 2’ also follows the story of Josef, who now goes by the name Aaron. Karan Soni of ‘Deadpool’ fame plays the role of Dave, a friend of Aaron’s. Aaron admits to Dav that he is a serial killer and kills him. Then begins the story of Sara who has responded to Aaron’s advertisement of wanting a videographer for a day on Craigslist.  When she arrives at his house, Aaron makes a bizarre request which Sara decides to comply with. Later, things turn sour as their encounter becomes life-threatening for both parties. Like ‘Creep’, this movie was also lauded by both audiences and critics. 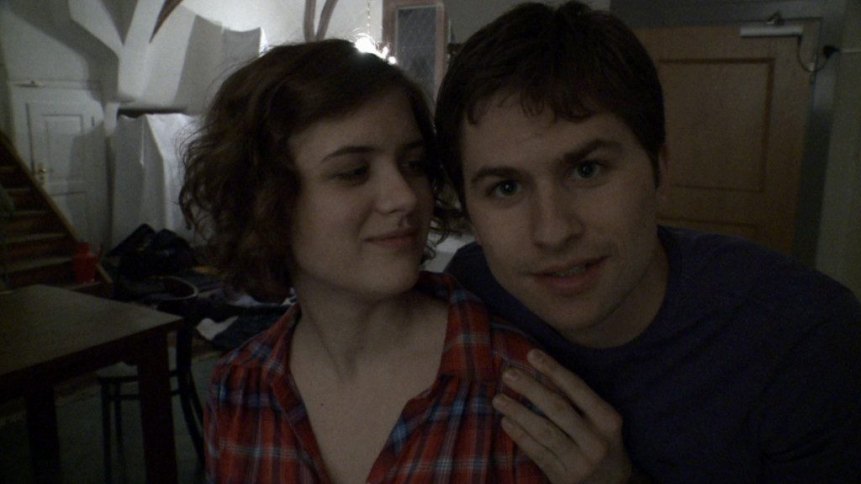 This is the only non-English language movie on the list. ‘The Presence’ is a 2014 German movie directed by Daniele Grieco. Rebecca and Markus are a couple, who along with their friend Lukas visit an abandoned house which they believe is haunted. The house seems pretty normal at first, but suddenly doors start moving on their own, paintings turn backward, and Rebecca starts behaving in a strange manner. The trio find themselves locked in a castle with paranormal beings all around them. Though this movie follows the general trope of all found footage movies, there are certain standout and genuinely scary moments that all horror fans would love.