15 Best Movie Sidekicks of All Time 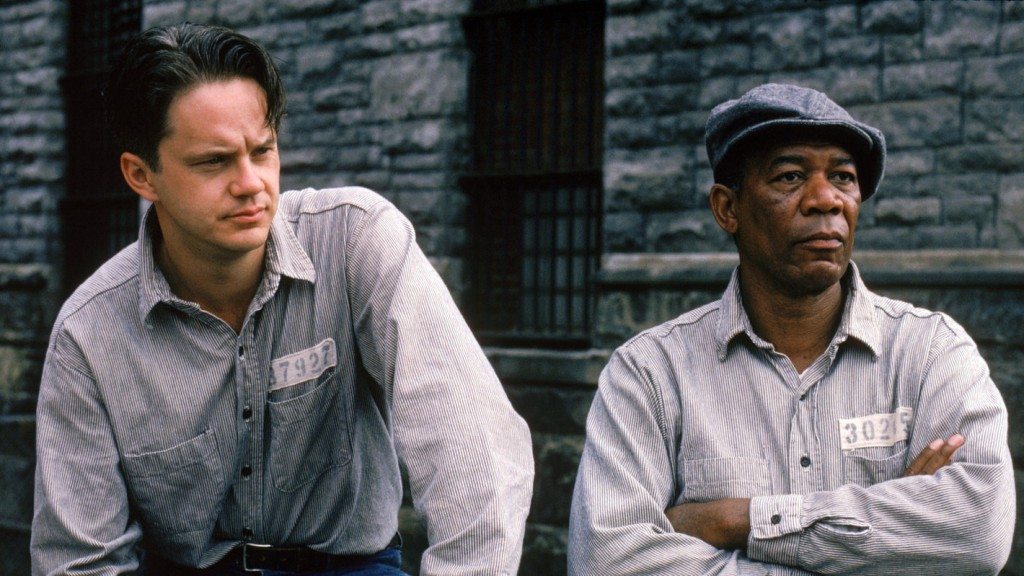 Several iconic characters have graced the silver screen over the years. However, once in a while we come across a supporting character whose association with the protagonist becomes etched in our minds – we come across a sidekick. Sidekicks are not mere supporting characters. They are as much a part of the story as the lead. Sidekicks can be described as a crucial character but with lesser authority. They are like the second fiddle to the protagonist. They value loyalty, friendship and involve in some the finest conversations we have seen across decades. Their presence on screen becomes memorable over time. They uplift the integrity of the lead character. Here is the list of top most famous movie sidekicks ever.

15. Bagheera and Baloo (The Jungle Book) 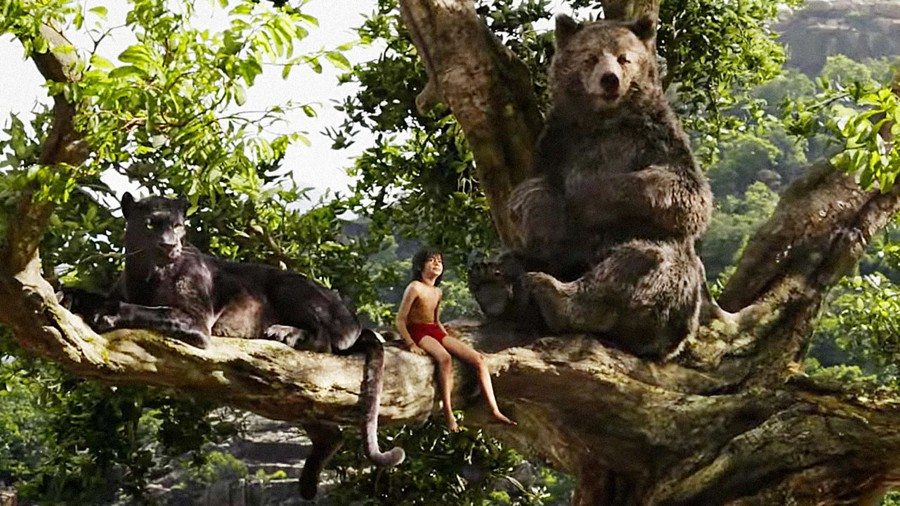 Mowgli’s story is something we are all well acquainted with. Rudyard Kipling’s classic about a “man cub” growing up in the wilderness with animals has been adapted on screen time and time again. Mowgli grew up to be honourable and respected the diversity in the jungle. He grew up far from civilization and yet the values of humanity and the pleasures of life were inculcated in him. His development was credited to Baloo and Bagheera. Both are unlike in personality. Bagheera was more commanding, responsible and meticulous. He taught Mowgli the need to survive and moulded his judgement to be a better person. However Baloo was carefree and showed Mowgli how he can find happiness in the smallest of things.

14. Jean Passepartout (Around the World in 80 Days) 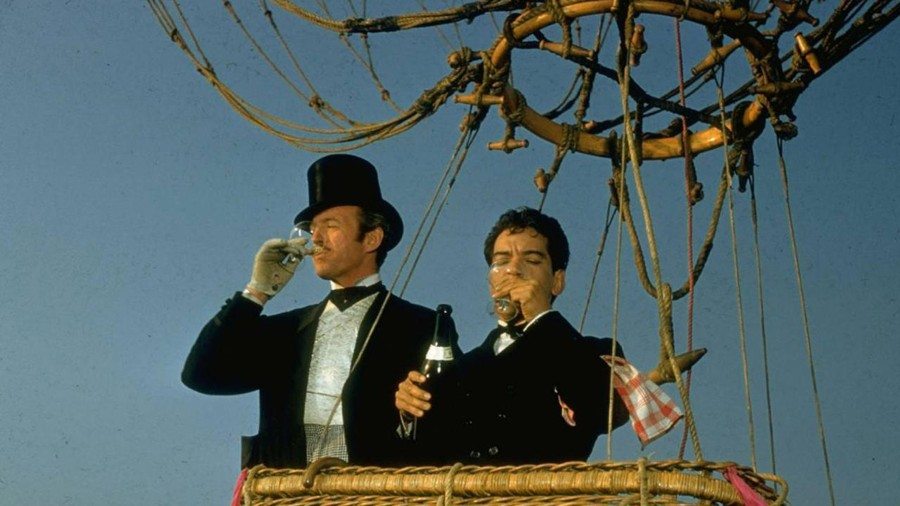 ‘Around of the World in 80 Days’ is one of Jules Verne’s most acclaimed work. It has inspired people for decades now. Jean Passepartout was the comic relief of this riveting tale of travelling the world. Employed by an affluent British gentleman, Philleas Fogg, Passepartout was to serve as his valet. However, fate took him on an adventure far more ravishing than any he had been on. Fogg, along with Passepartout, circumnavigated the Earth against a wager. The feat involved exploring unknown lands and encountering diverse cultures. Passpartout was at the heart of the adventures and left his mark wherever he went. He rescued a woman from her death and even faced arrest during their travels. The travels of Philleas would never have been half as amusing, if it wasn’t for Passepartout’s antics. 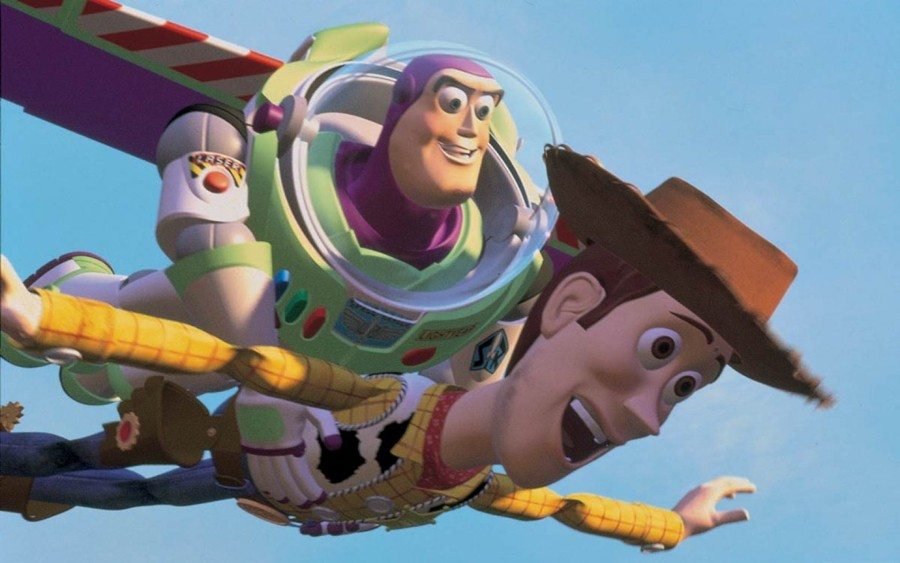 It is safe to say that ‘Toy Story’ was revolutionary when it first came out in 1995. A story told from a toy’s perspective, having humane relations with other toys, gave us one of finest animated movies ever made. Now the inclusion of Buzz Lightyear may appear strange to begin with. Sheriff Woody was insecure of his place in Andy’s life when Buzz Lightyear comes into the scene as a gift. Woody and Buzz grow a tension among them and constantly attempt to outsmart each other. However, when they are lost and end up in Andy’s neighbour’s house, they bond together over time to escape and return to Andy. Their friendship soars and despite being toys, they display values that connect with human beings. Perhaps that is why ‘Toy Story’ was such a success. The toys had feelings, a lot of which human connected to in the simplest form. 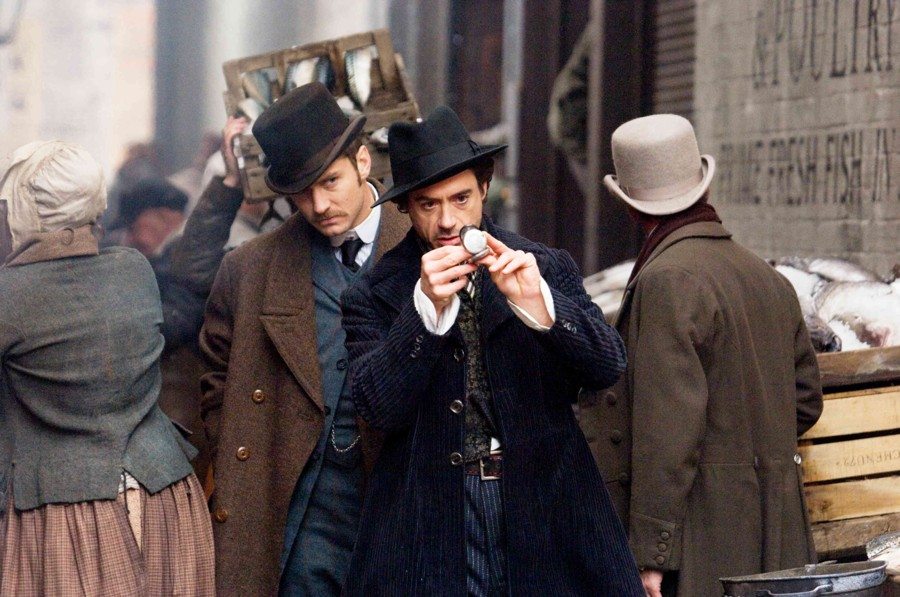 When we speak of Sherlock Holmes, it would be criminal to not imagine Dr. Watson beside him. The iconic sleuth would never have been as flattering as he is if it wasn’t for the conversations and innuendos with his sidekick. Watson is not half as smart as his counterpart. But he is the common man shadowing a hero, venturing into criminal worlds and unfolding baffling mysteries. Sherlock Holmes is not a social person and isn’t “ordinary” in any humanly fashion. But Watson humanizes him and he is the only person Holmes believes in. 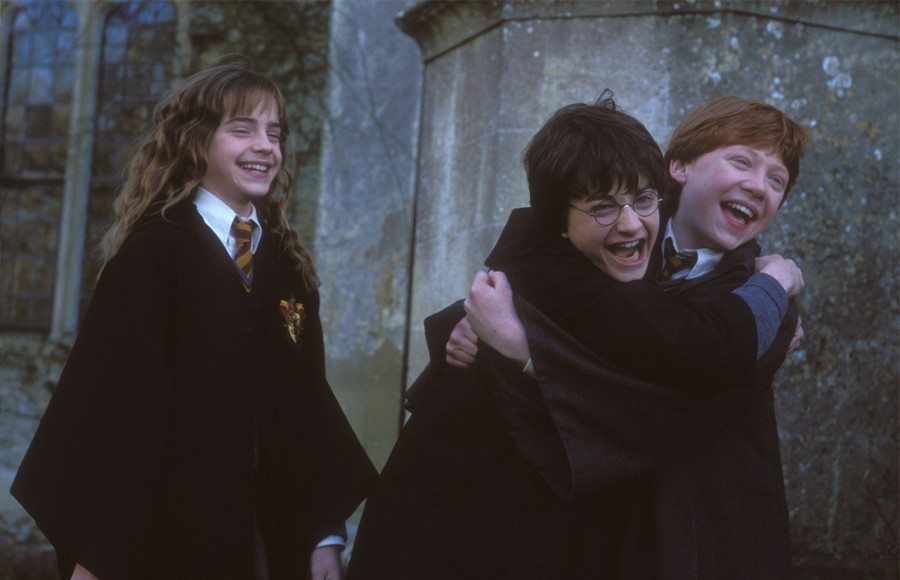 We are all well acquainted the boy wizard Harry Potter. A generation grew up reading the books and living them on screen. But do the story’s end with just Harry Potter? Not really. We defended Hogwarts, defeated Voldemort and ventured into the unknown with Harry, his mumbling, lovable friend Ron Weasley and the ever witty, smart Hermoine Granger. The trio faced the ravages the wizarding world had to offer, never succumbing to the darkness or fearful of what lies ahead. It is perhaps safe to that Ron and Hermoine are among the most popular sidekicks to have graced cinema.

007 is an iconic character. Ian Fleming’s super agent working for the MI6 is famous for being smooth in dialogue, sharp in style and equipped with futuristic, sophisticated gadgets. However, the man behind this horde of equipment James Bond flaunts is Q – the head of the research and development branch. Q is the man behind the memorable Aston Martin DB5, Attaché Case (from ‘With Russia with Love’), laser watches and high-end weaponry. In the toughest situations, it was always Q’s gadgets that saved the day for 007.Our geeks inside us would have never been satisfied if it wasn’t for Q’s wit and technology.

Matrix is perhaps far more memorable as a ground breaking science fiction movie that questions reality as we perceive it to be and shows a dystopian, alternate reality. But nonetheless, the movie has few of the finest action sequences and made the names Neo, Morpheus and Trinity household names. Neo would not have been the crime fighting star he was if not for his sidekick Trinity. Trinity represented the progressive, charismatic female characters, leading action films, which garnered a cult following during the 90’s. Trinity stood her ground in a male dominated array of characters. In a world of mayhem and ruin, Neo and Trinity found solace in each other. 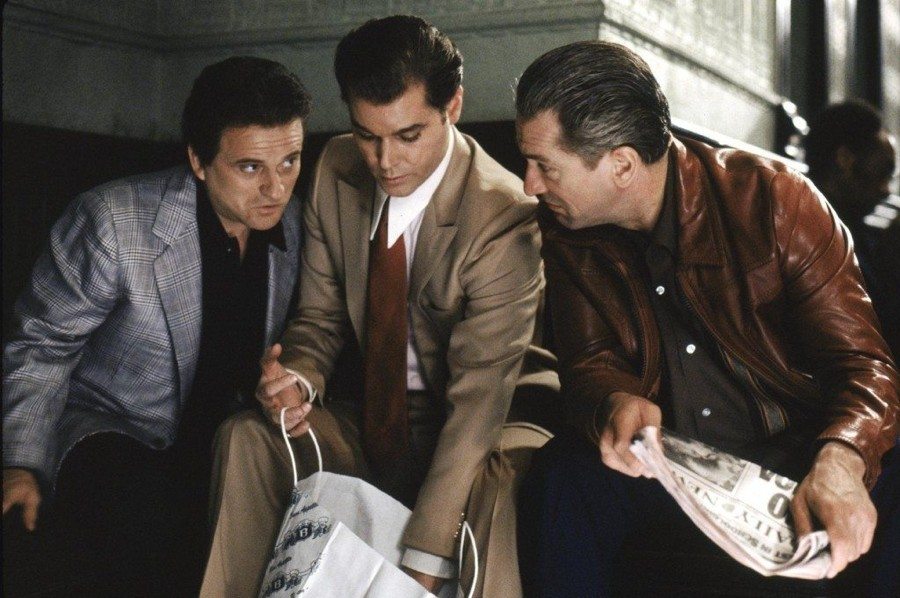 If you think gangsters cannot get along, you have not seen Martin Scorcece’s true crime masterpiece ‘Goodfellas’. The movie gave us the iconic trio of Robert De Niro, Joe Pesci and Ray Liotta at the heart of a mob family. Despite being a sidekick to the lead characters Joe Pesci’s portrayal of a loudmouth, short-tempered Tommy DeVito stands out. His character amuses us, entertains us and engages us with the story. He strives to prove himself as a reputable gang member, but his allegiance to his partners does not go unnoticed. Despite the tantrums and misguided decisions, Tommy DeVito is the partner in crime you would hate to have, but can never let go. 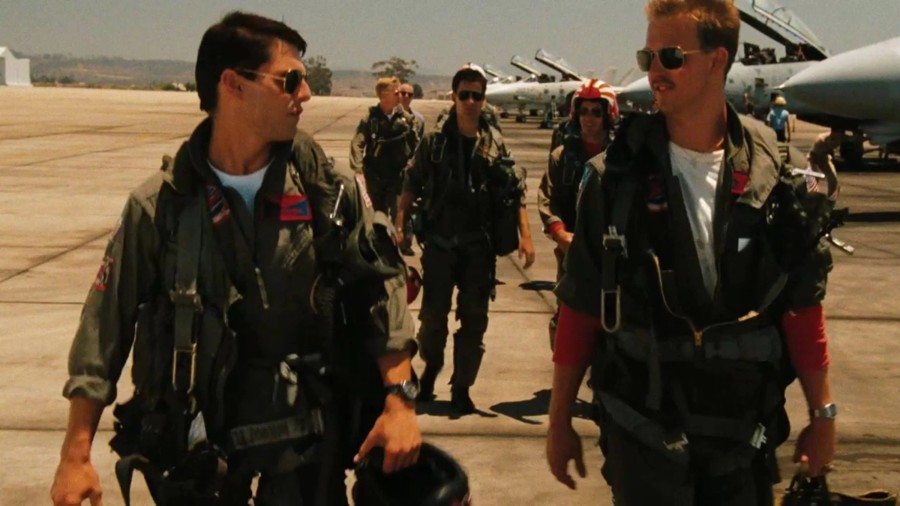 The character of Goose in ‘Top Gun’ was more of a brother than co-pilot or sidekick. Maverick (Tom Cruise) may have been the prodigy when it came to flying, but he was incomplete without Goose. Top Gun introduced the concept of “Wingman” into pop culture. Goose was Maverick’s wingman. They had each other’s backs all the time. They sang songs together, wooed women together and lived their flights together – pretty much an ideal sidekick. 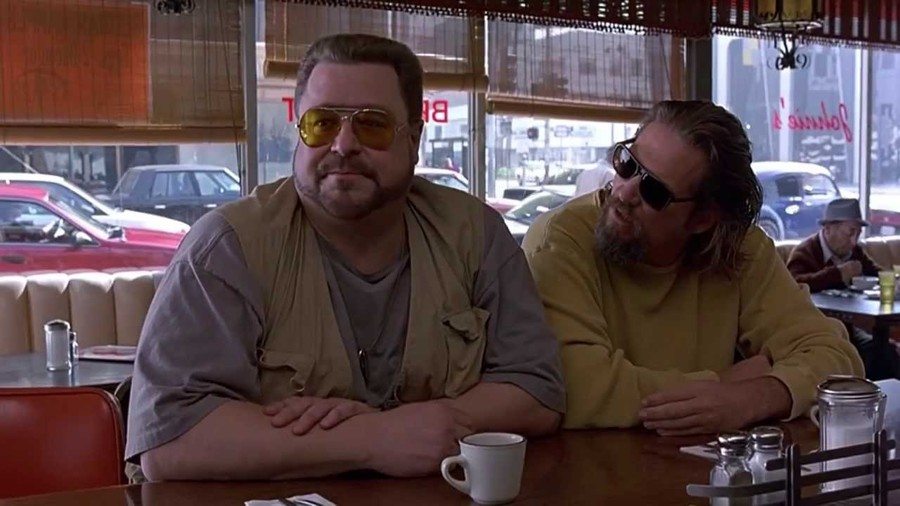 ‘The Big Lebowski’ has a cult following today. The dark comedy driven by brilliantly scripted characters is one of finest works by the Coen Brothers. The movie gives us Jeff Lebowski, an unemployed “bum” who spends his time at the bowling alley and with his unintentional comical friend, Walter Sobchak. Walter is a Vietnam veteran, intolerant of any violation in rules and the system. He is opinionated about women and vehemently supports what he believes in. He is Lebowski’s “advisor” and “guides” him on his adventures. He motivates him and often involves himself directly in assisting him. 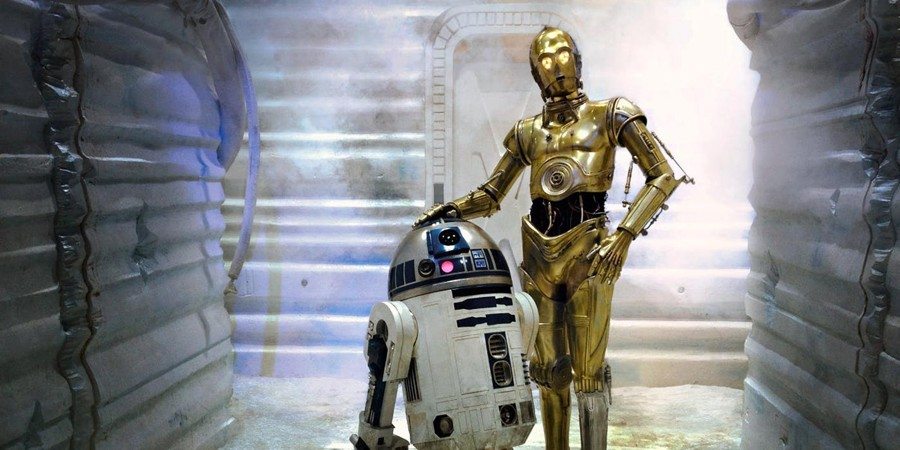 The characters featured in the iconic science fiction franchise are as memorable as the movies. The names of Luke Skywalker, Han Solo, Darth Vader are nuances of pop culture today. However, two other far inferior characters are just as much iconic as the aforementioned are. C3PO and R2D2 were not just the comic relief of the script. They were instrumental to the plot. They shared a humane bond with each other and connected with the characters around them. Anthony Daniels (C-3PO) and Kenny Baker (R2D2) have had feuds in reality, which is ironic given their compassionate relationship on screen. Even George Lucas went on to admit R2 was a character he adored.

The Bat of Gotham may be known for his strive to bring justice to Gotham City and defend it from incomprehensible criminal masterminds. But even the masked vigilante needs a support system. Alfred is not just the Wayne family butler. He is Batman’s eyes and ears. He is Batman’s trusted adviser. Batman would not have been the hero he is if not for Alfred backing him. Batman has had allies in several superheroes and similar vigilantes. But Alfred was a constant, who never left his side. It is lot like they say, ‘Not all heroes wear capes’.

3. Samwise Gamjee (The Lord of the Rings Trilogy) 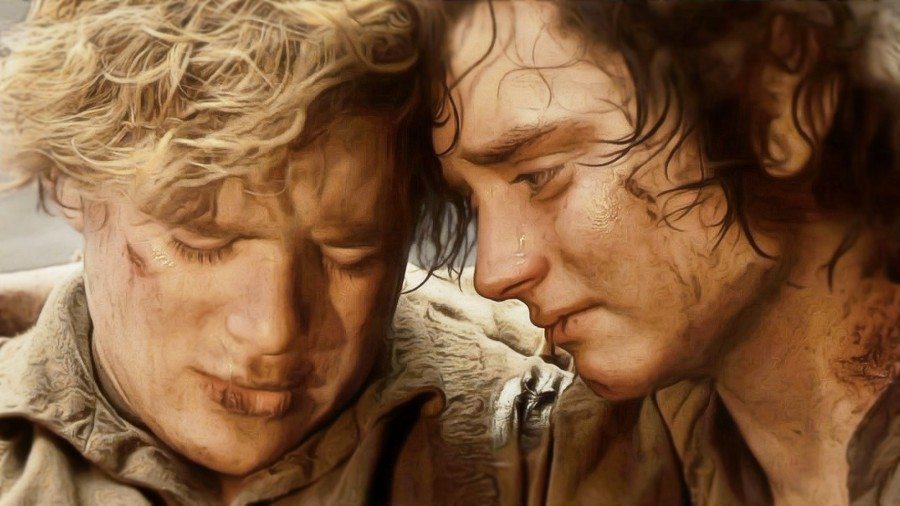 The Lord of the Rings cannot be singularly categorized as a movie about just power or friendship, warfare or love. It is an unreal interpretation of humanity. We unveil the mayhem and ravages of Middle Earth through the eyes of two hobbits – Frodo and his gardener-friend Samwise Gamjee. Samwise is a pillar behind Frodo. He is neither the smartest nor the bravest, but he is optimistic and loyal. Undeterred by the daunting venture to accomplish an impossible task, he protects Frodo and drives him to see the end of it. Samwise Gamjee is as much the hero in Lord of the Rings as Frodo or any other character. He isn’t just a sidekick; he is a friend – one that everyone longs for. 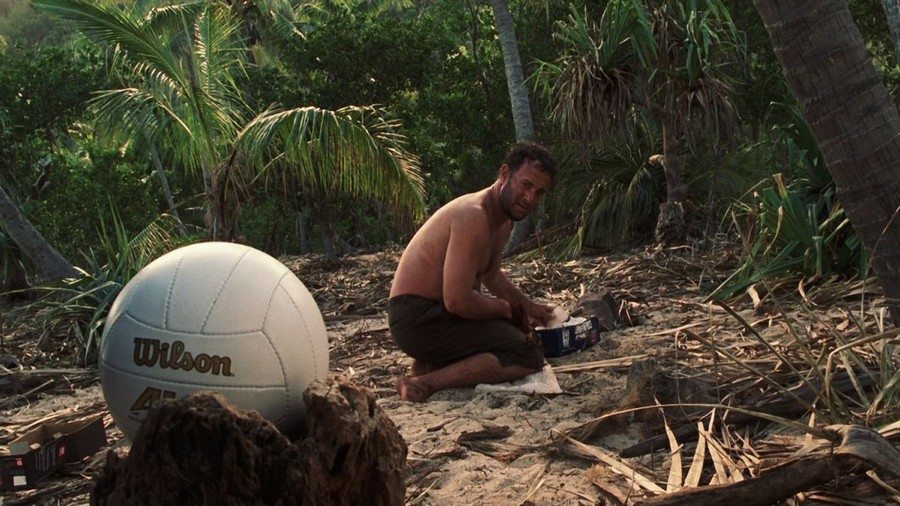 Wilson is not a person. Wilson is not human. Wilson is a volleyball and this inclusion is not a mistake. If you have seen ‘Cast Away’, you are aware of why Wilson is featured on this list. But for those of you who are unaware, the best way to describe is that when people are alone, absolutely alone; they crave to connect with someone or something more than ever. Chuck Noland (Tom Hanks) is stranded on an island with bare necessities and a volleyball. With his life in jeopardy and mentally traumatized, Chuck finds solace in his volleyball. It is the only company he had on the island and bonded with it like it was a real person. Wilson is not our usual sidekick, but he was the only “friend” Tom Hanks had for the four years he spent on the island. 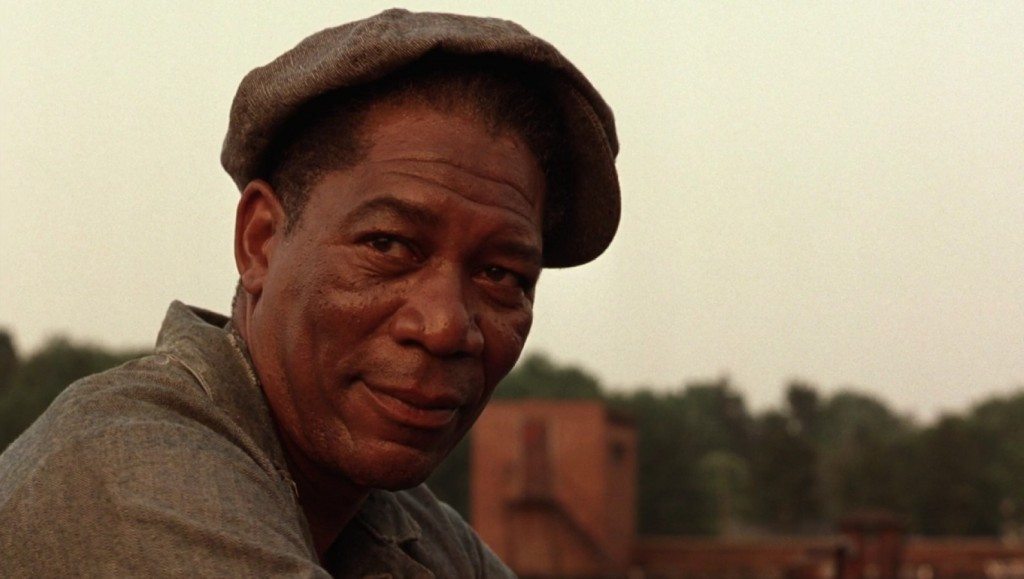 ‘The Shawshank Redemption’ is a gem of a movie. It follows the struggles of a man falsely charged with murders of his wife and lover. At the heart of it, the movie is about life inside prison. Andy Dufresne (Tim Robbins), the protagonist, is undaunted by the struggles of prison life. He is rebellious at heart and rather generous with inmates and prison officials. But deep within, he is broken and yearns for a free life that he deserved. Ellis Boyd “Red” Redding was his support through his time at prison. Red was struck by the integrity of his character. He counselled him, assisted him and helped him survive each day at a time. Red was a friend. He was undeterred to help an innocent man out of the injustice he was faced with.