10 Best Movies With Sad Endings That Will Make You Cry 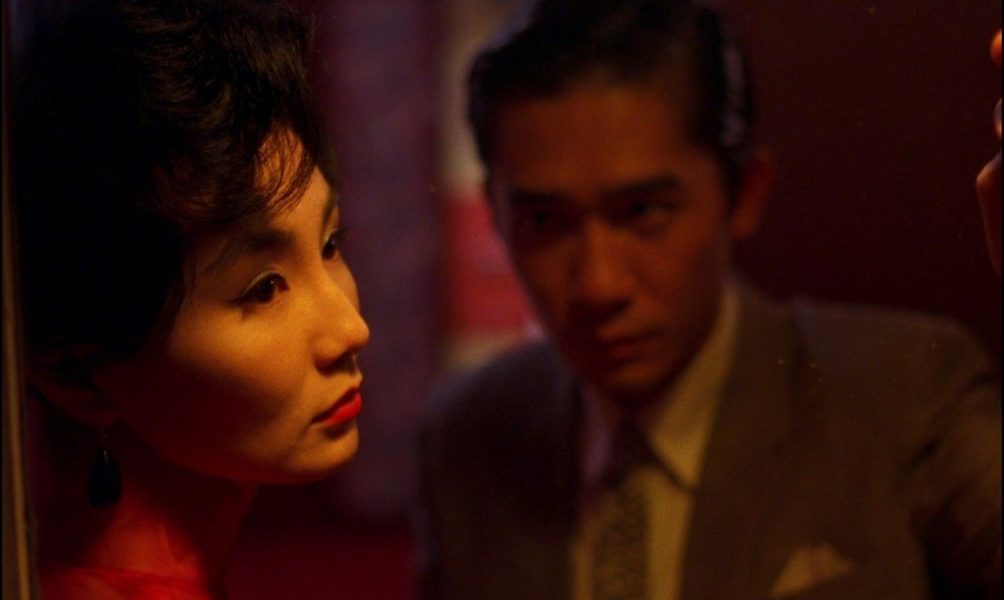 Reel life could actually be construed to be a natural extension of real life, not so much for the audio-visual resemblances that it creates but more so subject to the emotions that punctuate its overall ambience. While we all agree that life is intrinsically unfair, cinema also recreates an identical frame of reference. Thus movies with sad endings somehow pluck the right psychological strings and make us contemplate about our own lives, possibly tragic in their own unique ways.

We at The Cinemaholic considered it prudent to capture this humane trait and translate it into a list of the top movies with sad endings. As always, it is extremely important for us to remind you that the list is based on pragmatic and critical parameters and is quintessentially devoid of any individual bias. However, there might be disagreements for condensing a huge list of great movies with depressing endings. Notwithstanding, we gave it a sincere try. Here’s the list of best movies with sad endings. 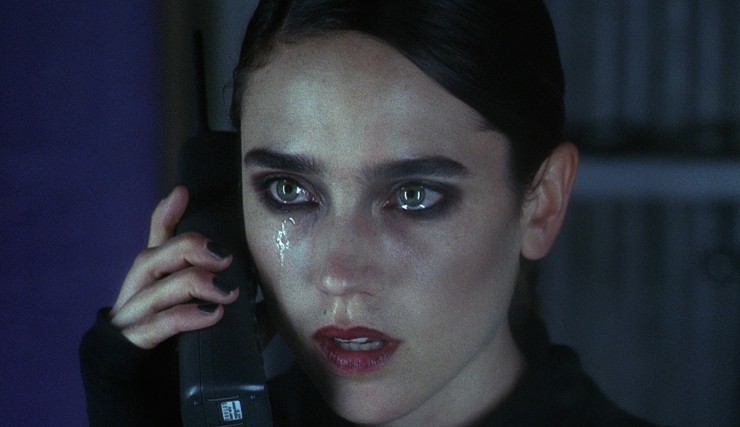 A rather disturbing cinematic creation, Darren Aronofsky’s ‘Requiem for a Dream’ is a shadowy and dark tale of drug-addiction. A movie that could hardly be dubbed enjoyable, very few people can withstand its depressing and bizarrely sad ending. The climax is an intelligent montage showing the fate that has befallen the four protagonists including imprisonment, arm amputation, electroconvulsive therapy and prostitution. It garnered significant critical acclaim on release and was appreciated for its surreal depiction perfectly in line with the drug-induced mindset of the principal characters. 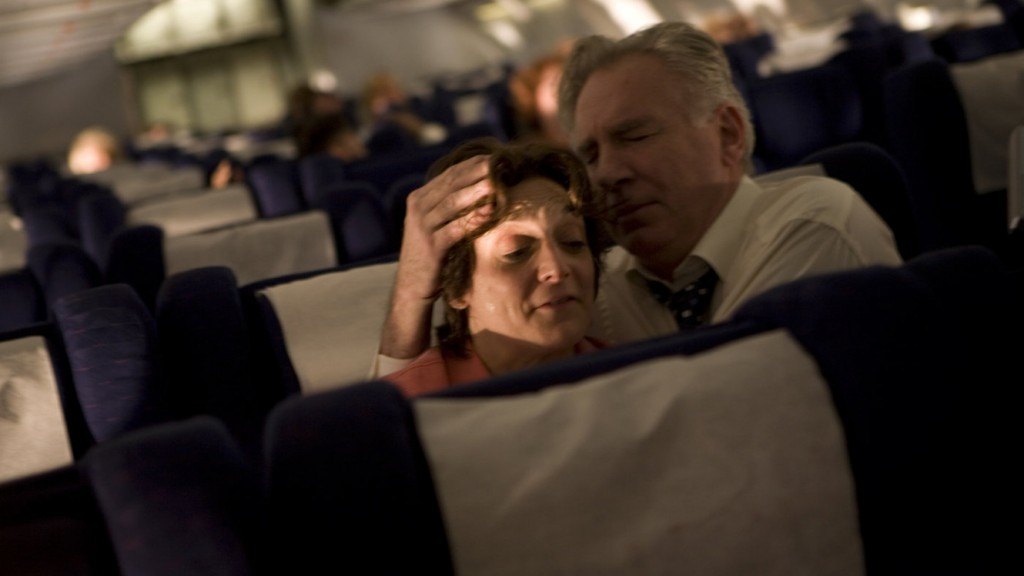 A biographical film that strives to recapture the horrors of the September 11 attacks of 2001, Paul Greengrass’s ‘United 93’ doesn’t leave an eye dry. Known for its real-time and extremely realistic depiction, the final scene of the movie shows San Francisco International Airport-bound ‘United Airlines Flight 93’ going down as the screen blackens suggesting the impending crash. The film was supported by the family members of the passengers who boarded the flight on that dreadful day when Al-Qaeda terrorists created unprecedented terror, thereby shaking the combined conscience of all citizens across the globe. The movie was highly appreciated as major critics including Roger Ebert awarding it four stars. 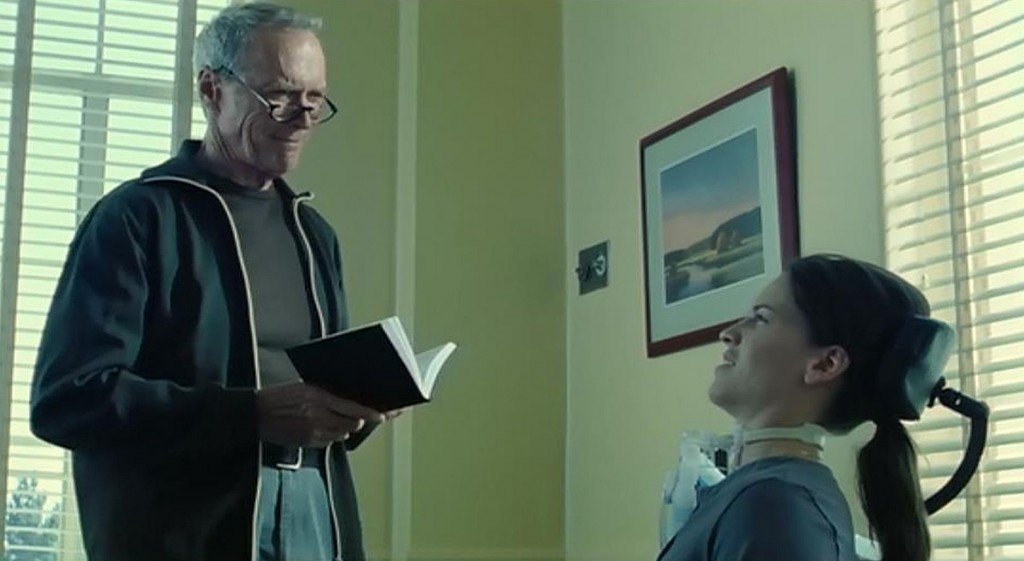 One of the finest creations from the stables of Clint Eastwood, ‘Million Dollar Baby’ has to be amongst the most heart-wrenching films ever made. A movie that chronicles the transformation of an amateur woman boxer into a professional propelled by the dedicated training imparted by an unappreciated trainer, its climax makes the audience dive into a melancholy world. The ending shows the trainer helping the woman boxer to die in an attempt to rid her of paralysis that she developed subject to an injury sustained during a fight. The movie managed to bag four (4) Academy Awards, including those for the Best Picture, the Best Director, the Best Actress and the Best Supporting Actor. 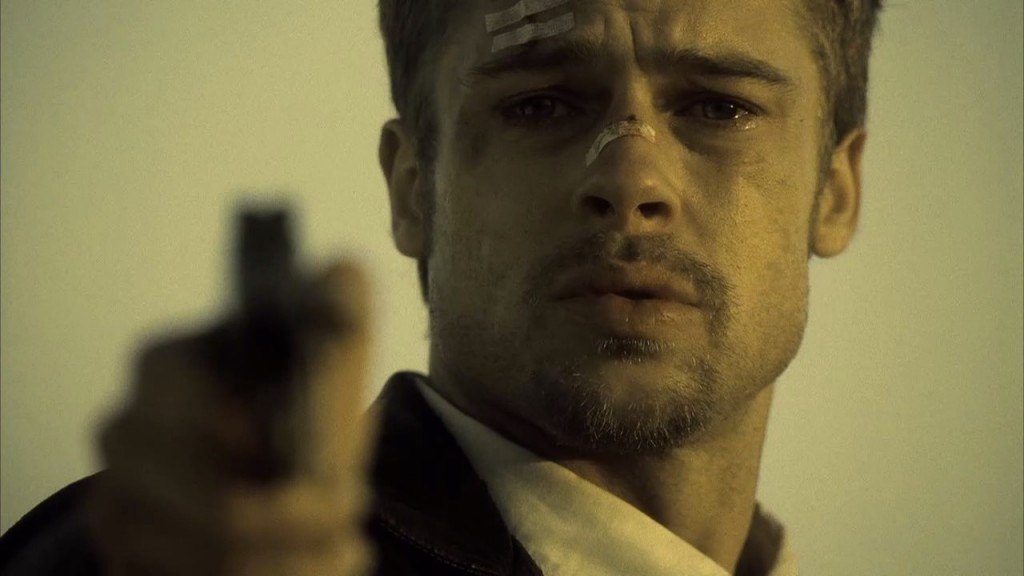 A movie that firmly established David Fincher as a doyen of American Cinema, ‘Se7en’ is one of the finest mystery thrillers ever made. The plot revolves around a couple of detectives trying to nab a psychotic serial killer, who uses the seven deadly sins as a motif for his murders. The film’s climax is at the same time depressing and disturbing. It portrays the serial killer successfully making the younger detective murder him thus completing the seven sins, with wrath being the final one. This happens after the detective gets to know about his wife’s slaughter at the hands of the psychotic killer. It is highly regarded amongst critics for its thematic richness. 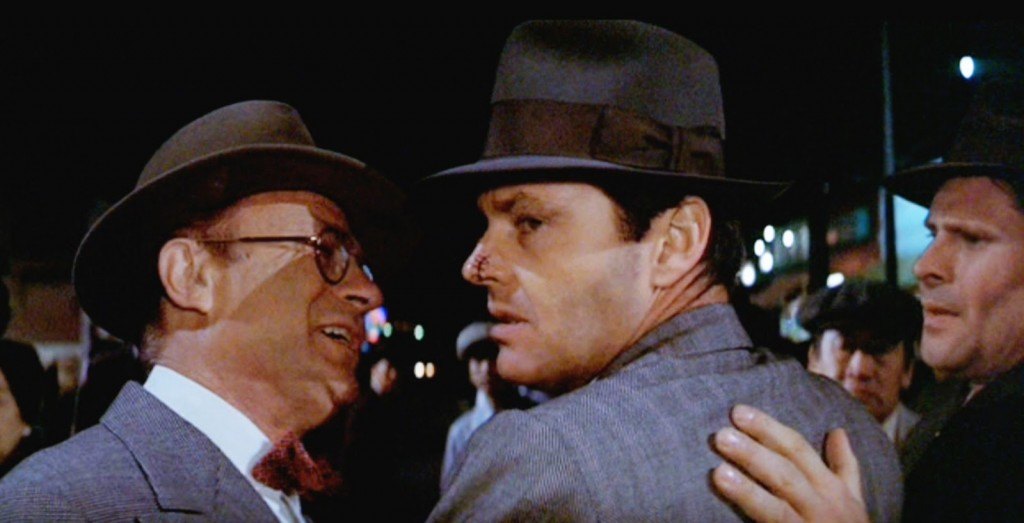 One of the finest films from the coffers of Roman Polanski, ‘Chinatown’ essentially chronicles a fictional account of graft with the background being the California Water Wars during the twenties and thirties. Featuring a private detective and his mysterious love interest, the film narrates his entanglement with organized crime and corruption pertaining to water. Renowned for an outrageous plotline that includes incest, the movie was nominated in eleven (11) different categories at the Academy Awards in 1975 and finally clinched one in the category of Best Original Screenplay. The enigmatic climax shows the detective’s love interest killed by the police thereby indicating the perpetuity of corruption. One of the associates of the detective famously tells him, “Forget it, Jake. It’s Chinatown”. 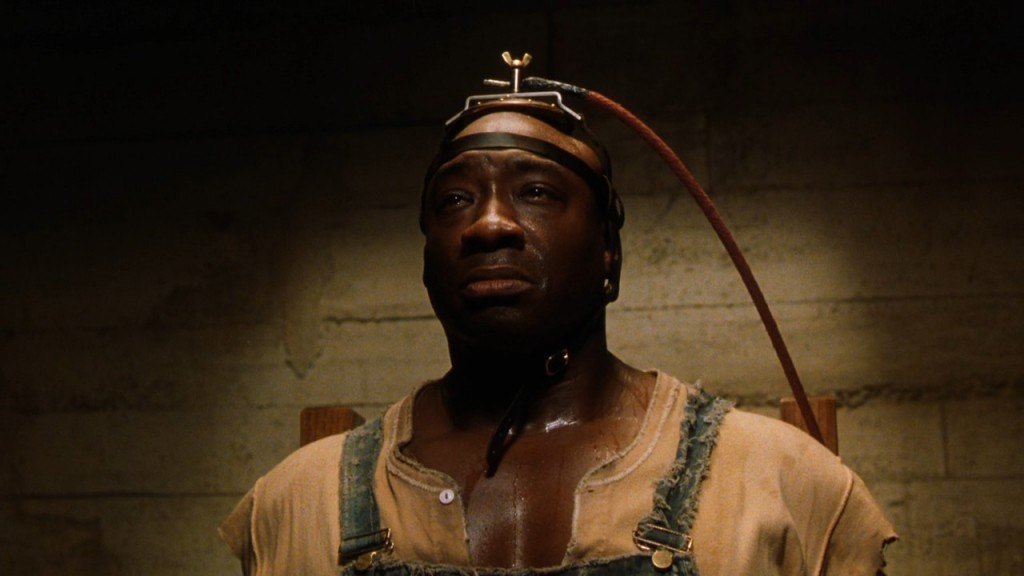 Based on a Stephen King-novel, Frank Darabont’s unique fantasy crime film ‘The Green Mile’ could be considered to be a cruel anecdote to the existing justice system. A movie that narrates the story of an innocent man on a death row and his supernatural powers of healing health afflictions; it appeals to the collective consciousness of the audience. The climax shows the convicted man being put to death using the electric chair. The film was hugely appreciated by critics for being emotionally absorbing. 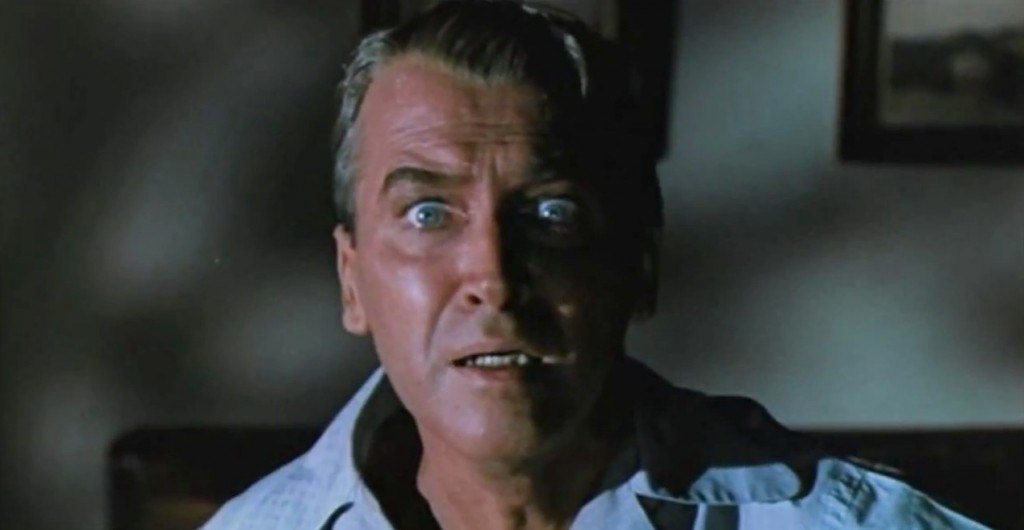 Arguably the best movie from the coffers of the great Alfred Hitchcock, ‘Vertigo’ has been consistently ranked as a milestone in global cinema. The movie chronicles the story of a San Francisco-based private detective, who becomes obsessed with his friend’s wife. After a series of strange episodes, he gets to understand that he was framed to hide a murder, committed at the behest of the same friend. The climax, which has now become iconic, shows his love interest falling to her death from the top of a tower. Over the years, the film has acquired a cult status and is particularly loved for its unique yet sad ending. 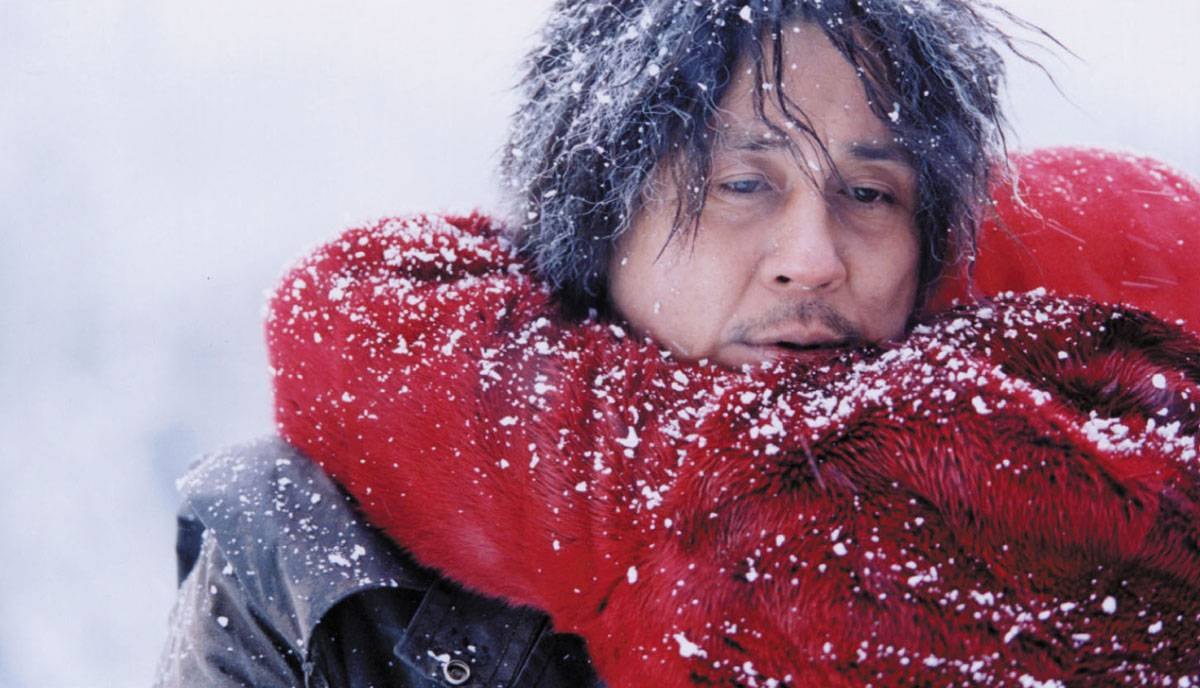 Directed by Park Chan-wook, ‘Oldboy’ can’t ever be described in words. Undoubtedly one of the finest contemporary creations in cinematic history, this South Korean movie is probably the truest mascot of dark cinema. Violent, gory, sad, outrageous, vengeful, cruel and disturbingly funny; ‘Oldboy’ has to be experienced and not just seen. The plotline features the story of a man who is kidnapped, imprisoned for fifteen (15) years and then suddenly released. The climax of the film rattles the concept of right and wrong and takes the audience along a depressing trip. It shows the protagonist’s efforts at continuing an incestuous relationship with his ignorant daughter although being in the embrace of an unavoidable sense of guilt and pain. The film went on to bag the Grand Prix at the Cannes Film Festival in 2004. The movie is now ranked along with movies made by such Asian cinematic masters as Akira Kurosawa and Wong Kar-wai. 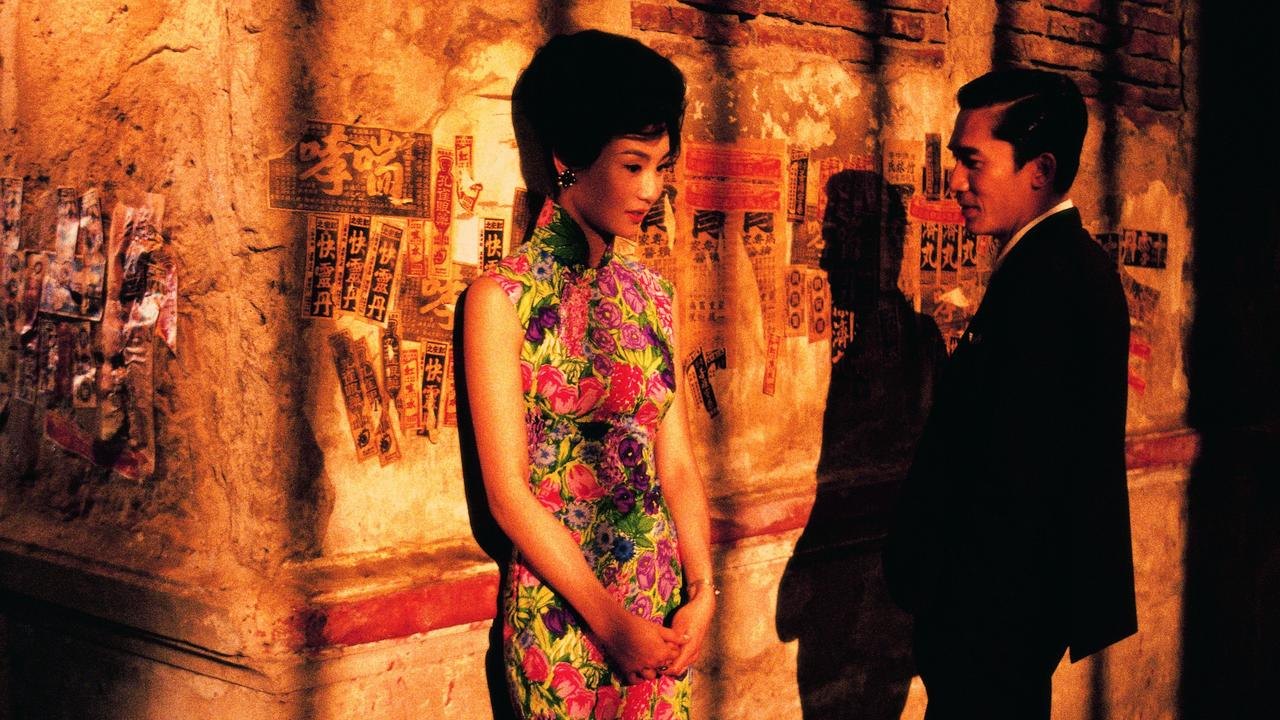 A global masterpiece, Wong Kar-wai’s ‘In the Mood for Love’ is a moving yet serene tale of a unique platonic relationship between a man and a woman whose respective spouses are into a relationship. Considered to be many as one of the finest contemporary cinematic creations, the film has a uniquely moving ending where the man is shown to whisper his secret at a monastery, in an obvious reference to his feelings towards the woman. It could be considered to be an allusion to the strictly conservative society of Hong Kong back during the sixties. 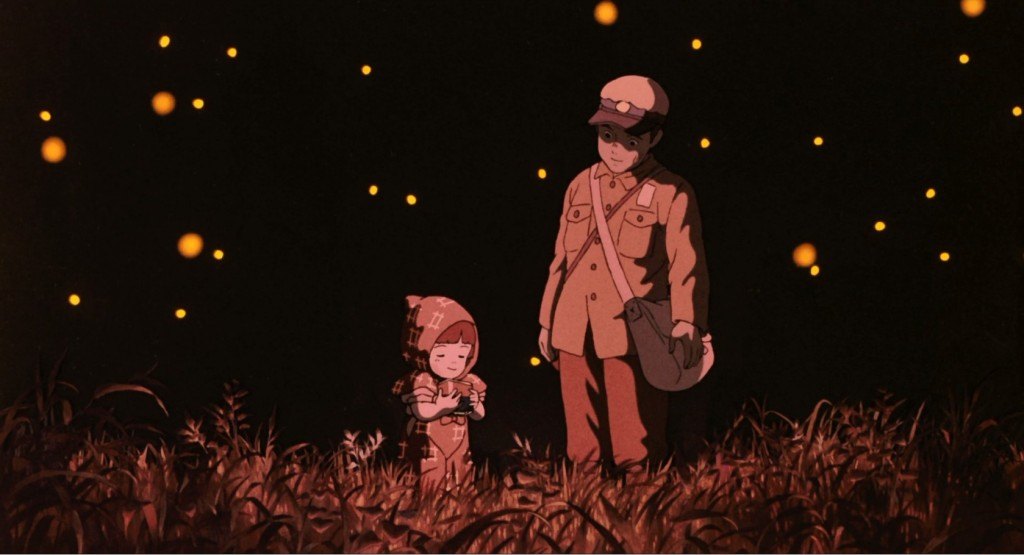 Isao Takahata’s magnum opus ‘Grave of the Fireflies’ is not just a film, it is a statement – a statement against war and bloodshed, a statement against the resultant degradation of humanity. The movie, animated at the renowned Studio Ghibli, essentially chronicles the story of a brother and a sister unsuccessfully struggling to survive in the post-World War II period in Japan. The climax shows their spirits surrounded by fireflies looking at the modern city of Kobe in Japan. The film is an embodiment of the horrors and human miseries that a war brings. We bet very few people can keep their eyes dry after watching the movie. It has been continuously ranked as one of the finest animated films of all time.