10 Best Movie Shots of the Decade So Far

Cinema, at the end of the day, is a visual medium. It’s an eccentric, profound and rather absurd collaboration of images, sound and emotion. A cinematic experience is incomplete without visual stimulation and images from films that stay with you pop up in your head now and then and initiate a response best described as nostalgia; because it resembles that of stumbling upon a happy memory.

But to make the first contact you have with the medium of film so powerful and intensely compelling, a singular combination of dedication and instinct is essential. A cinematographer and director mull over location, set designs, costumes, right down to the eyes of the actor conveying the multiple layers of the film. It’s not just the magic of light and staging; it requires an ability to foreshadow and visualize the magnitude of an image’s contribution to the audience’s experience.

Here are, ranked in order of how much vigor they provide to their respective films, the list of top movie shots of the decade, so far:

‘The Grandmaster’ is a film that is so stylish, so detailed and so brutally beautiful that the elaborate craft of the production design, the costumes, the performances gets lost in the visual bravura of the film. And this particular shot encapsulates so much of why it is an unforgettable visual experience. It informs about character, period, narrative, the astounding attention to detail and you can see every rain drop without compromising any other aspect of the narrative.

Nolan, the master of mind bending cinema, took 10 years to complete the screenplay of ‘Inception’, his most intellectually rewarding film since ‘Memento’. He chose his long-time companion Wally Pfister to shoot the world of dreams that he created with such audacity and detailing. And in this shot, they managed to convey to an audience, who by this time in the film, have their jaws on the floor, that they can bend dimensions too.

By the time this particular scene arrives in Fincher’s horror/mystery/thriller/satire masterpiece, you’ve already decided anything can happen in the film, and then Fincher and Cronenweth hit you with this. It’s captured fleetingly, without purposefully accentuating it’s significance to the film, but in that dark, nearly empty movie theater, it sent chills down my spine. A lot of credit here belongs to Rosamund Pike, who’s impossibly textured performance not only makes Amy frightening and dark, but look deeply and you’ll discover an emptiness that makes her even more intriguing.

By now, almost all film enthusiasts recognize Alfonso Cuaron’s ‘Gravity’ as a cinematic and technical marvel. But what is generally not mentioned when the subject of ‘Gravity’s’ many achievements comes up is how deeply philosophical it is. It makes the Space starkly beautiful but also staggeringly intimidating. Here, we see Bullock’s reflection as her lack of companionship in a sea of emptiness dawns on her and the beauty and horror are instantly evident.

If any cinematographer was going to have more than one film on this list, it was going to be Chivo. Inarritu’s ‘The Revenant’ is a frequent topic of debate among cinema lovers. The words “masterpiece” and “tiresome” are usually thrown around. I was somewhere in the middle with my opinion. Parts of it were, admittedly, glorious film-making. This moment, for instance, unlike many grandiose dream sequences in the film, portrays not just mass tragedy and silent retrospection; but also possesses the courage to tackle much larger themes of man’s relation with nature. 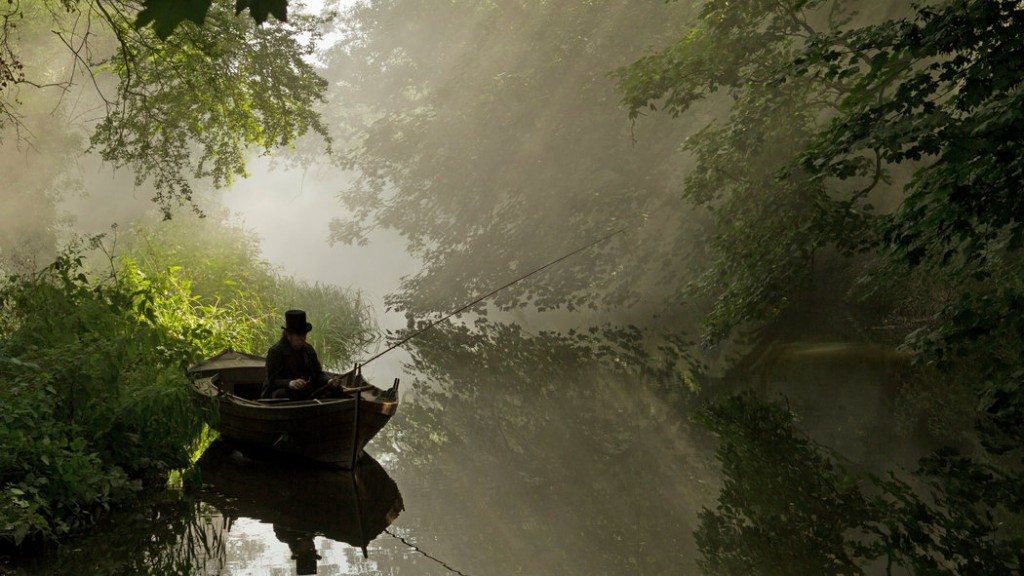 Mike Leigh has always chosen the offbeat path for the way his films connect with an audience. You either too engrossed in the stories he chooses to tell (‘Secrets and Lies’) or, as in this case, you’re just a spectator and he’s showing you his massive collection of paintings. Collaborating with his perennial DP Dick Pope, Leigh makes almost every frame of ‘Turner’ resemble one of its subject’s paintings. This one, in particular, seems to look like a painting until Pope pans the camera out and you realize it’s not. The artistry, just like J.M.W Turner’s, is impeccable.

Nobody knew the desert better than Freddie Young, who shot ‘Lawrence of Arabia’. But John Seale, who shot ‘The English Patient’ and ‘Mad Max: Fury Road’ comes close. His magnificent, vibrant depiction of the dystopian wasteland is not only amazing to look at, but gives the film an additional adrenaline rush. When he captures this frame, it shakes you to the core. A moment of anguish for your fiery heroine who must deal with a stark realization of loss might be short in terms of its screen time in this fast paced film, but it manages to express the grandeur of the desert and of Furiosa’s pain. 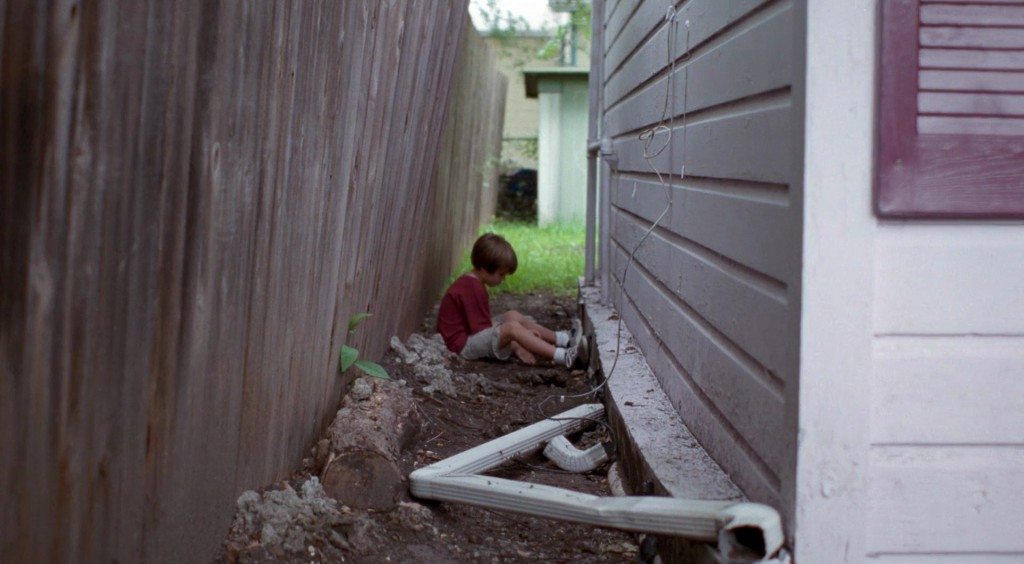 ‘Boyhood’ might be one of most intimate and realistic depictions of life ever put on screen. But Linklater, who is very frequently dismissed as a talky filmmaker, is also a visual master. Take this shot, for instance, which finds Mason in a secluded  space around his house and is, in the eyes of an adult, doing nothing. It’s just a simplistic cinematographic achievement; it’s not clamoring for your attention. It’s just life, at it’s most sublime and relatable. 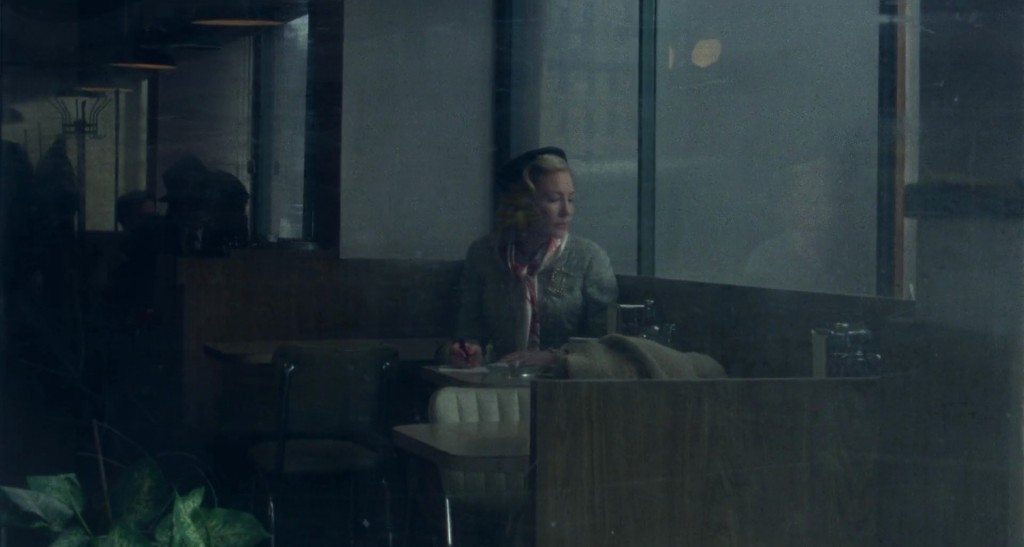 Edward Lachman shot ‘Carol’ in Super 16mm film to capture what he called, “the texture and colors of a faded postcard from a bygone era.” And what a towering achievement it is. Every frame of ‘Carol’ is nearly perfect, but nothing beats this shot of Carol, having given up in a custody battle with her husband, sitting in a busy cafeteria in 1950s’ Manhattan. It projects not only her deep isolation in the world, as we look at her from behind a window, but also her comprehension of the fact that her only savior now is her connection with Therese. 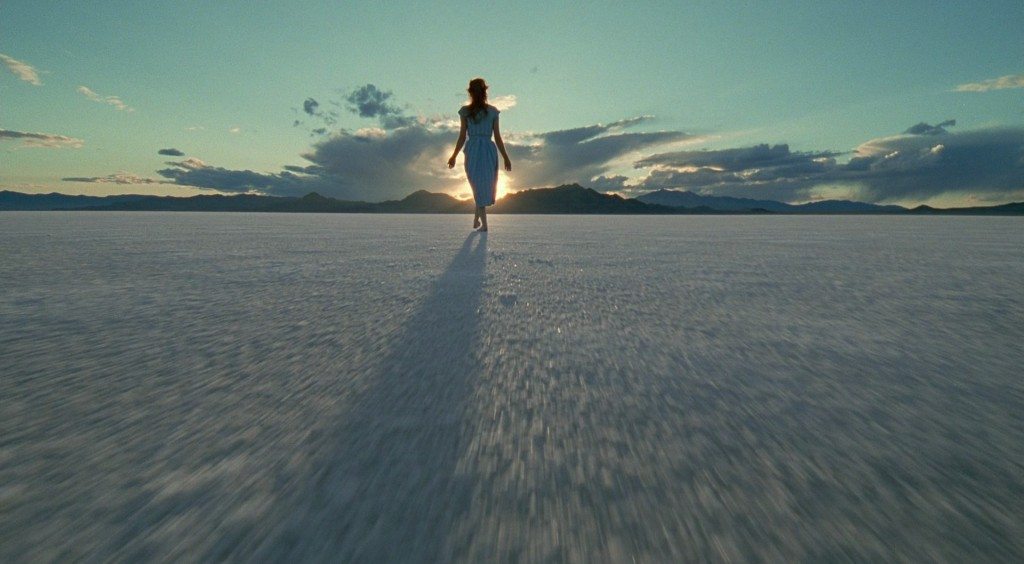 No film this decade, or probably this century comes close to ‘The Tree of Life’ in terms of visual poetry. Total Film magazine called it “ridiculously, rapturously beautiful” and said, “You could press ‘pause’ at any moment and hang the frame on your wall.” I fully agree. It’s a moving homage to the visual and emotional power of the medium and seems to get better with every viewing. In this mind-blowing shot, Lubezki and Mallick capture Mrs. O’Brien, walking through a door into a sunset, presumably representing her ascent to heaven, and the sheer pleasure it is to the eyes and the soul make it the most perfect shot of the decade so far.