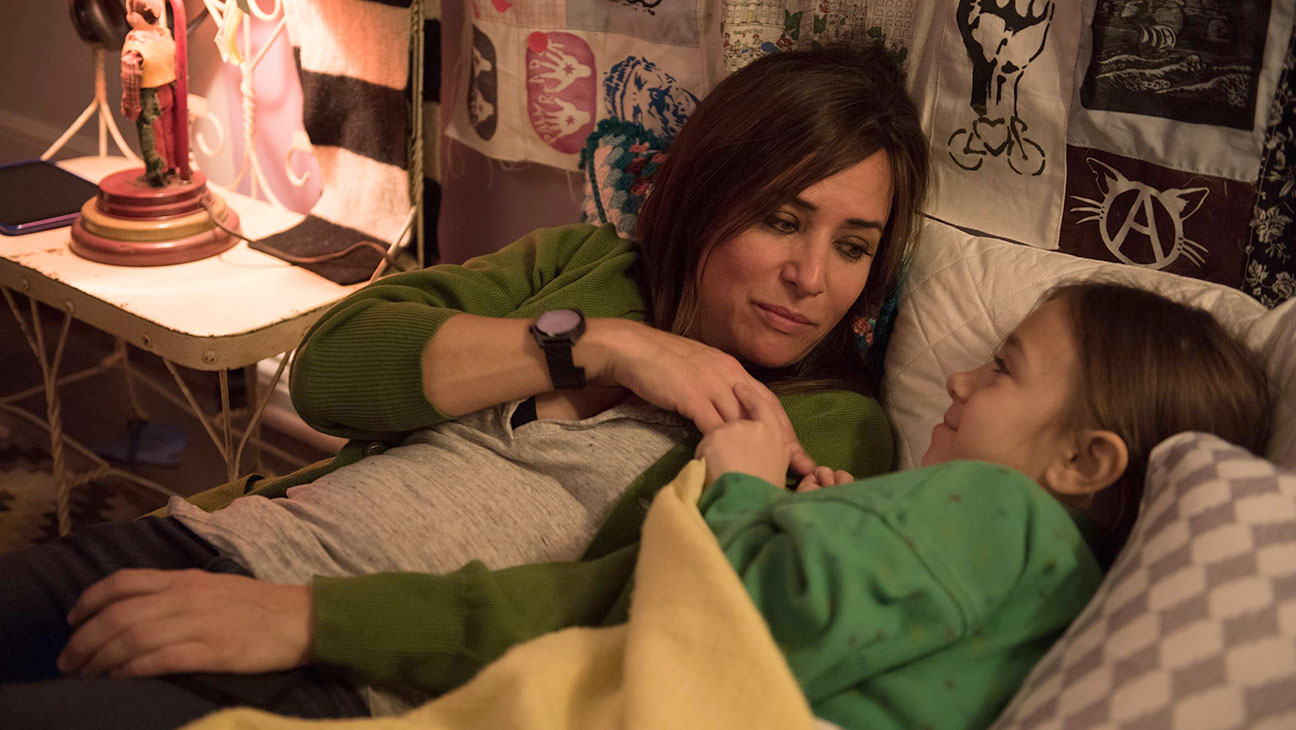 ‘Better Things‘ is one of the most beautiful shows on parenting, but it goes way beyond that. Escaping the limited scope of just showing a mother raising her daughters, ‘Better Things’ focuses on how a single mother navigates her desires and responsibilities. Sam is an out of work actress who feels the crushing weight of her duties. However, she doesn’t let it get to her.

Instead, Sam takes life in stride, making jokes and bonding with her children. She knows when to be firm and when to have a tender touch. However, like any parent, Sam messes up as well. We have seen some fierce fights break out, where both sides verbally hurt each other. The best part is that they patch things up and see the other person’s point of view.

The last episode sees how the kids deal with Father’s Day. Duke steps in, so the children have someone to talk to about what they are going through. Frankie is not ready for some truth bombs that Phil drops. Elsewhere, we see Sam preparing to move past the pent up feelings of resentment towards Xander. However, she also decides to allow him to see the kids less often.

Overall, it is a moving episode where characters realize more about themselves. Curious to find out what the latest episode has in store? We have the rundown, and spoilers for the upcoming episode. We will also tell you when and where to watch it.

Better Things Season 4 Episode 10 Release Date: When Will It Premiere?

” Better Things” airs on FX. Thus, you can watch it with a cable subscription. If you don’t have one, you can always stream and watch the show on the FX site. Cord cutters can catch the latest episodes on YouTube TV, Sling Tv, and DirecTV. Since plenty of the viewers opt for these platforms, choices have to be made available to cater to their tastes. Many of these platforms offer a free trial period, usually lasting a week before they charge you for their services.

The upcoming episode is titled ‘Listen to the Roosters.’ We follow Sam and the girls as they live in the City of Angels. Now, the episode is bound to take a look at the life of the family as they spend time in Los Angeles. The title seems to suggest that the atmosphere of the city, the concrete jungle, will drive the narrative of the coming episode.

Titled ‘Batceañera,’ the episode sees Frankie’s wish finally come true. She had asked Sam for a bat-mitzvah and a quinceanera. Since Frankie has been adamant that it is not cultural appropriation and rather cultural appreciation, Sam has no choice but to comply.

However, she is unwilling to throw two parties, and combines both to the titular ‘batceanera.’ As a result, we witness a weird and humorous party that sees our favorite castmembers having a fun time.