Bettie Jo Elmore My 600-lb Update: Where is She Now? 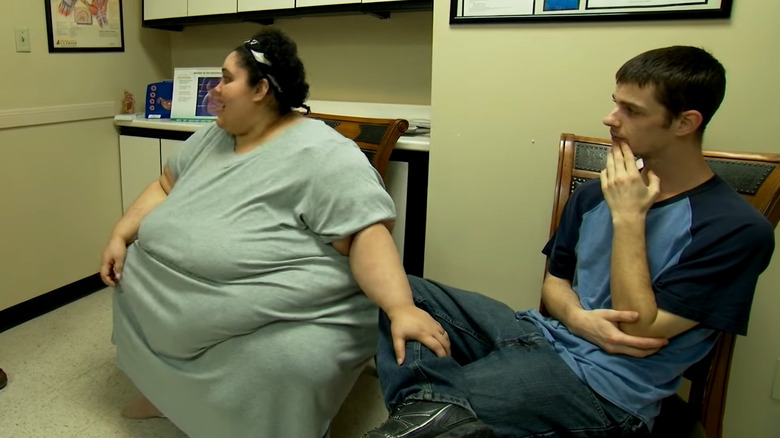 Since its debut in 2012, TLC’s reality series, ‘My 600-lb Life’ follows the journey of an individual working on reducing their excessive weight of around 600 lbs to lead a healthier life. Because of every unique patient and the things they learn from those experiences, the show has garnered a large fan base over the years. While the weight loss process is never easy, it is somewhat eased with the weight loss diet and exercise strategies provided by bariatric surgeon Dr. Younan Nowzaradan AKA Dr. Now.

The show witnesses all kinds of weight loss journeys, ranging from the inspiring ones to those that didn’t turn out the way the patients expected due to various reasons. Whatever may be the case, it has become quite evident that the fans always want to follow up on their whereabouts the cameras stop rolling on them. One patient who went through a very unique journey is Bettie Jo Elmore, who appeared in season 3 in 2015. Now that she’s been away from the show for years, if you’re curious about where she is now, here’s what we found out!

Bettie Jo Elmore appeared in season 3 of the show as a 24-year-old who weighed 654 lbs. Hailing from Potosi, Missouri, Bettie arrived at the show with her husband, Josh Elmore. Nearing 700 lbs at a young age, Bettie was fully determined to get her weight down as much as she could. Talking about how she felt because of the weight, she said, “Being this size is miserable. I’m always in pain. My weight is killing me. I can’t do anything on my own. Because of my weight, he (Josh) has to be the caretaker. It makes me feel so guilty.”

Therefore, when Bettie and Josh finally moved to Houston, Texas, to begin the weight loss journey, they were given several instructions by Dr. Now. Apart from customizing a strict diet and workout regime just for Bettie, he also advised the couple to attend couples therapy for the marital issues they were facing. Following Dr. Now’s advice to the T, Bettie and Josh met the therapist and discussed the issues they thought they faced openly.

Bettie opened up about some of her past traumas, and Josh revealed that he feared Bettie would leave him if she managed to lose a lot of weight. The therapy benefitted the couple immensely as they discovered quite more about each other. Bettie also kept going well with her assigned diet and exercise plan. She managed to become eligible for the surgery, which successfully brought down her weight to 445 lbs. However, this progress was hampered by a major health issue faced by Bettie.

In sort of a good-and-bad news situation, Bettie found out that she was pregnant, but doctors also discovered a huge bone mass on her spine that could cause paralysis. However, removing that could risk her pregnancy. Explaining the issue, she said, “Because I’m pregnant, the bigger the baby gets, the more he presses on the bone mass on my spine.” Bettie didn’t lose hope and delivered her baby boy Preston without complications on August 10, 2016.

Where is Bettie Jo Elmore Now?

After the birth of Preston, Bettie Jo Elmore got her bone mass removed. As she recovered, she focused on her weight loss and began working on it again. She also resumed therapy and did seem happier and more content in life. The birth of Preston also saw some issues develop between Josh and Bettie, as the former had to be responsible for both the newborn and Bettie with her health issues. Bettie did improve in her journey but had to deal with the extra skin hanging from some areas like near her underarms.

However, the gorgeous couple sailed through all difficulties and are raising a beautiful family together. They also celebrated their 11th wedding anniversary on March 3, 2022. Bettie is a doting mother to Preston. The three keep doing fun things together, like putting on matching sticker tattoos for a good cause. On November 24, 2021, Bettie excitedly announced that she was pregnant with their second child. She documented the whole process on Instagram, letting her followers in on every detail, from the baby’s registry to growth and gender.

Finally, Bettie and Josh’s second baby boy, Oliver Lamont Elmore, was born on May 4, 2022. Although the baby was born healthy otherwise, he did have some breathing complications, for which he had to remain separately under surveillance for a few days. After over two months, Baby Oliver finally came home. Bettie and Josh’s older one, Preston, is now a kindergartner. As of writing, Bettie and Josh are taking things well and it seems they’re more in love than they’ve ever been.