Mrs. America Episode 4: Who Was Betty Friedan? How Did She Die? 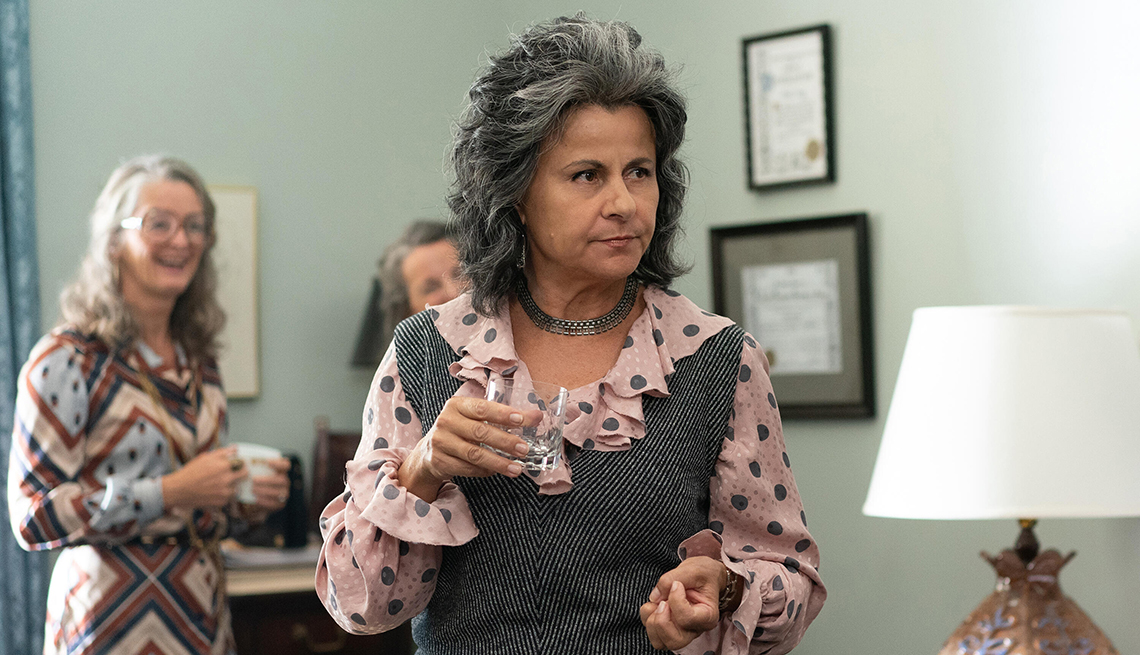 Hulu’s ‘Mrs. America‘ is a mini-series that presents a comprehensive and multi-faceted view of the fight to get the Equal Rights Amendment ratified. While each episode of the show revolves around a different woman involved, the entire series’ main focus is on Phyllis Schlafly, a conservative woman who successfully opposed the Equal Rights Amendment Ratification. The fourth episode is titled ‘Betty’ and revolves around Betty Friedan, an American woman who is regarded as the “Mother of Feminism.” Hence, it is natural for many viewers to wonder who Betty Friedan was.

Who Was Betty Friedan?

Friedan was born as Bettye Naomi Goldstein in Peoria, Illinois, on February 4, 1921. Her father was a Russian immigrant and jeweler. She graduated from Smith college in 1942, having studied psychology. Thereafter, she worked at the University of California in Berkeley as part of her graduate fellowship, training to be a psychologist.

Followed by that, Friedan moved to New York City and started working as a reporter for the Federated Press, after which she joined UE News as a writer. Around this time, she wrote pamphlets demanding equal rights for women at the workplace.

Betty married Carl Friedan in 1947, and the couple had three children together. Carl and Betty moved to the suburbs of Rockland County in 1956. Friedan became a housewife but continued working as a freelancer. Around this time, Friedan surveyed her former classmates from Smith College. She found out that, just like her, most of her former classmates were dissatisfied with their lives as suburban housewives. She worked on her findings for five more years by conducting more detailed interviews.

Friedan charted “white, middle-class women’s metamorphosis from the independent, career-minded New Woman of the 1920s and 1930s to the housewives of the postwar era who were expected to find total fulfillment as wives and mothers” (Women History).

Then, in 1963, Friedan published ‘The Feminine Mystique,’ a landmark novel that changed the thoughts of several women.  This is where she discussed gender roles and posited that women were ” a class [who] suffered a variety of more or less subtle forms of discrimination but were, in particular, the victims of a pervasive system of delusions and false values under which they were urged to find personal fulfillment, even identity, vicariously through the husbands and children to whom they were expected to cheerfully devote their lives” (Britannica).

Riding on the success of ‘The Feminine Mystique,’ Friedan founded the National Organization of Women in 1966 along with Pauli Murray and Aileen Hernandez and became its first president. Then in 1969, Friedan aided in the foundation of the National Association for the Repeal of Abortion Laws in 1969. In 1971, Betty became the co-founder of the National Women’s Political Caucus with Bella Abzug, a Congresswoman (Margo Martindale plays Abzug in Mrs. America), Gloria Steinem (Rose Byrne in Mrs. America) and Shirley Chisholm (Uzo Aduba in Mrs. America).

Friedan’s work was revolutionary and changed outmoded laws like inequality in pay, unfair hiring practices, and discrimination against pregnant women. However, “as more diverse voices emerged within the women’s movement, Friedan not only struggled to retain her leadership but was criticized by other feminists for focusing on issues facing primarily white, middle-class, educated, heterosexual women. Radical feminists also blasted Friedan for referring to lesbian women in the movement as the “lavender menace,” and for Friedan’s willingness to cooperate with men” (Women History).

Yet, Friedan’s contribution to the feminist movement is unparalleled. Apart from ‘The Feminine Mystique,’ she has authored books such as ‘Fountain of Age‘ and ‘The Problem That Has No Name.’

How Did Betty Friedan Die?

Unfortunately, the Mother of Feminism is no longer with us today. She passed away on her 85th birthday, on February 4, 2006, in Washington, D.C. A spokesperson of the family told The New York Times that Friedan died due to congestive heart failure. In Friedan’s memory, here is a powerful quote by her: “Some people think I’m saying, ‘Women of the world unite — you have nothing to lose but your men. It’s not true. You have nothing to lose but your vacuum cleaners” (Life Magazine, as cited in the New York Times).