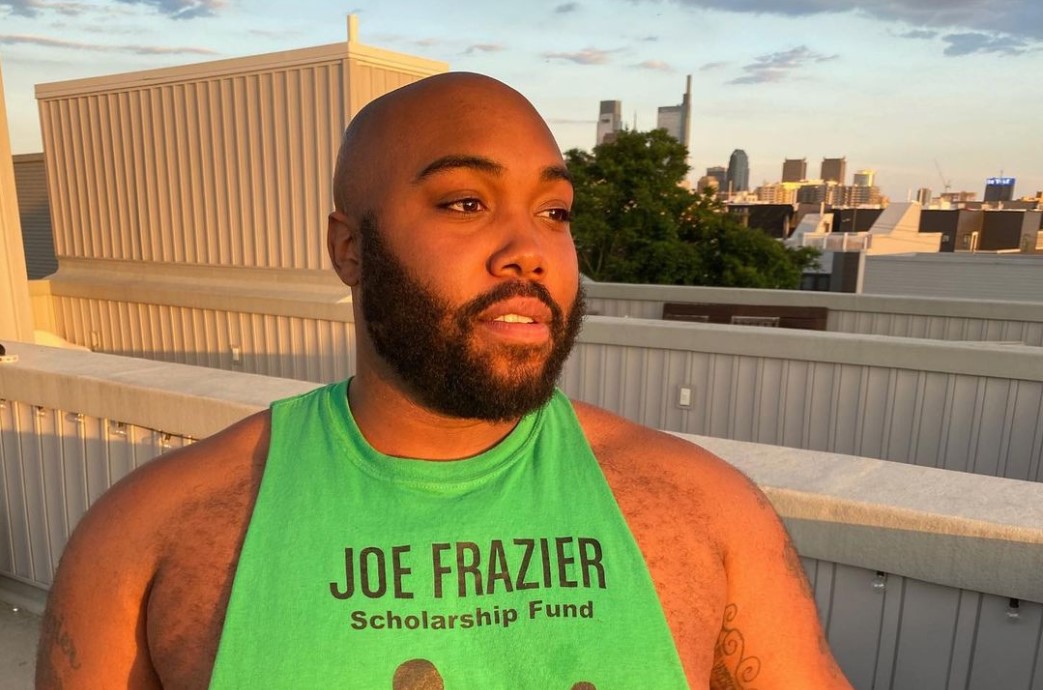 ‘Big Brother’ is a one-of-a-kind reality show in which contestants are invited to stay together in a villa, cut off from the rest of the world. Hidden microphones and cameras document every waking second of the houseguests’ lives as they clash over various issues giving way to steamy romance and furious altercations. Primarily known for its thrilling drama, the show also has the houseguests go through periodic challenges, which along with other judgment criteria, effectively determine elimination.

Derek Frazier got his chance to be a part of the ‘Big Brother’ family when he was invited to appear in season 23. Naturally, the never-before-seen reality star caused a stir among fans who were anxious to know more about him. Well, here is what we know about Derek Frazier.

Derek Frazier’s Background: Where is He From?

Born and brought up in Philadelphia, Pennsylvania, Derek Frazier’s father was Joe Frazier AKA Smokin’ Joe, a world-renowned heavyweight champion who was professionally active between 1965 to 1981. He was the first man to defeat Muhammad Ali. Surrounded by athletes throughout his childhood, Derek too developed a passion for working out and is quite an expert at lifting weights. Attending the Valley Forge Military Academy and College, a military boarding school, Derek’s high school years were disciplined and full of rigorous training.

Starting from the last year of his school to 2013, Derek put his training to use and served as a part-time Day Camp Counselor at the Valley Forge Military Academy. After graduating high school, Derek attended Rowan University and Bucks County Community College, where he undertook courses on Communication and Media Studies. Ultimately, Derek earned his Bachelor of Arts degree in Radio and Television Communication from Cabrini College in 2016.

At 29 years of age, Derek is now employed as a Safety Officer in Philadelphia. However, before landing his current job, Derek navigated through a slew of employment opportunities and even worked his way through college. Proving his mettle as a Day Camp Counselor, Derek was promoted to the position of Day Camp Director at his school in 2014.

Along with his new role, Derek also took up the job of a Banquet Server at the Merion Cricket Club to earn his living through college. His exquisite work earned him even more promotions at his alma mater, and Derek held the prestigious positions of Academy Admissions Counselor and Associate Director of Academy Admissions before finally leaving the Valley Forge Military Academy in October 2018.

Subsequently, in January 2020, Derek took up employment as Project Management Coordinator at Quality Packaging Specialists International before leaving the organization in November of the same year and finding work as a safety officer. His qualities of being outgoing and assertive have helped him excel in his present job, and we hope success never eludes him in his future endeavors.

Is Derek Frazier Dating Anyone?

Derek Frazier prefers to keep his private life under wraps and has never spoken about a romantic partner. However, his social media account points to the fact that the reality star might be gay. Derek seems incredibly proud of his sexual identity and has shared beautiful pictures of celebrating pride week with his friends. With the apparent absence of a romantic partner from his social media posts and lack of reports linking him to someone special, it looks like Derek Frazier is currently single. We wish him the very best as he aims to further his career through his appearance on ‘Big Brother.’