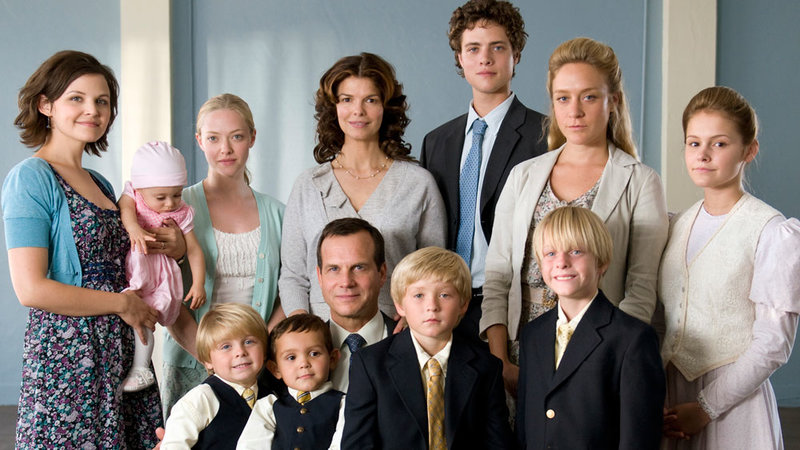 Will Scheffer and Mark V. Olsen took the world by storm with their shows ‘Big Love’ and ‘Getting On’, and now the two are set to create another show based on the novel, The Tortilla Curtain by T.C. Boyle. The book goes well with the work the duo has produced till date. The novel is a dark comedy which follows a white couple who live in Topanga Canyon, California, and a Mexican couple who live outside their upscale town. The show is set to be produced by MGM who will also be handling the national and international distribution of the show. Interestingly, Scheffer and Olsen are also working on a show called ‘Churchmen’ for Netflix.

Scheffer and Olsen, who are also a couple, sound very excited to be able to get the opportunity to work on the book, saying that “This is a dream project for us. The material is beyond timely, the themes are rich and profound, and collaborating with MGM, Sam (Sokolow) and Alex (Hertzberg) (both are working as executive producers on the show) has been a joy. We are truly honored to work on such exceptional source material.”

Steve Stark, who is the president of television production and development at MGM, has called the duo “two of the most talented writers in our business”. He has also said that their approach to such provocative and socially relevant issues has greatly impressed everyone involved with the project.

The Tortilla Curtain is a profound book which talks about two couples living vastly different lives and how each of their lives affects the other. The white well-to-do family and their other neighbors who live in a gated community want a wall to be built around their community as they fear immigrants who live outside of their area as they think all of them are potential criminals. However, twists of fate intermingle the lives of the two couples and they find out that all lives are affected equally by certain things and that one can never know where life leads to in future. The importance of a series on topics such as these is crucial during these times.

The dark comedic undertone of the novel surely goes well with the previous works by the duo like ‘Big Love’ and ‘Getting On’. In the former, they talk about changing aspects of marriage in the modern world and how polygamous natures affect our lives today. Their outstanding writing on the show bagged them a  Writers Guild of America Award for Television: Episodic Drama. ‘Getting On’, on the other hand, talks about lives of the staff of a run-down hospital who work in the geriatric wing. Their lives are troubled, and their realities both dark and comic. The way Scheffer and Olsen have handled the lives of such people and their modern problems are truly commendable. Both shows were well-loved by critics for their comic yet socially aware nature. ‘Getting On’ is unlike several sitcoms about workplaces, as it does not shy away from talking about serious problems in modern life while also keeping the audience engrossed in the show.

While the series is in the works, we can also start MGM’s other available series for the moment like ‘The Handmaid’s Tale’ which is being streamed on Hulu, Fargo (2014-), and Vikings (2013-). The two aforementioned shows by the writer duo can be watched as they turn The Tortilla Curtain into a television series.