Is Bill Burr Married? Does He Have Children? 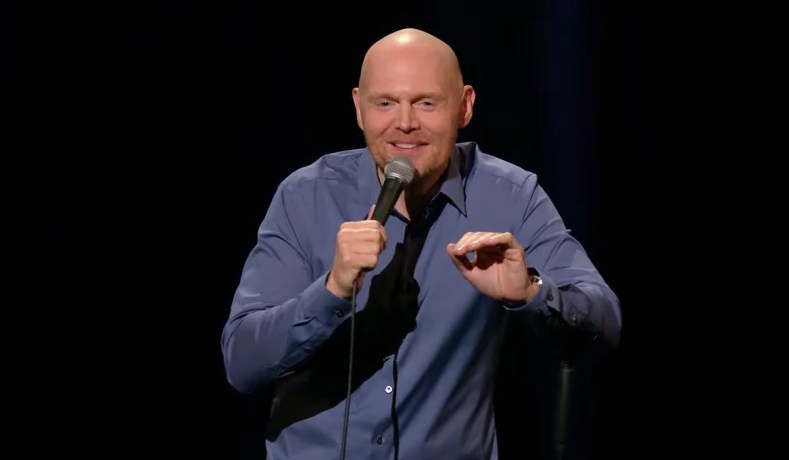 Bill Burr has never aimed at political correctness yet always assured his millions of fans around the globe a healthy dose of laughter. His immense popularity and its resulting success can be measured from the fact that his debut stand-up show on June 6, 2018, at Royal Albert Hall was house-full. The licensed pilot has been flying high since owning and operating an all-comedians run company, All Things Comedy (ATC.)

Fortunately, Bill has never been alone on his exciting journey. His wife, Nia Burr, has been with him since the start of his career and has also been lending her voice to some of his significant projects like his podcast and TV series ‘F is For Family.’ Let us share with you everything we know about these longtime partners!

Bill Burr, an American comedian, actor, writer, and producer, worked at a warehouse before starting his illustrious career. He moved to New York in 1992, where his first hourlong special ‘Why Do I Do This?’ was filmed in 2008. His fans have been loving the rage-fuelled rants that he released as a podcast ‘Monday Morning Podcast’ in 2007. The talented comic has also performed in various movies like ‘The Front Runner,’ ‘Date Night,’ and ‘The Heat.’ Popular as Patrick Kuby in ‘Breaking Bad.’

He gained much popularity after writing and performing Netflix specials ‘I’m Sorry You Feel That Way,’ ‘Walk Your Way Out,’ and ‘Paper Tiger.’ The comedian proudly claims that his hit Netflix animated series ‘F is For Family’ is loosely based on the years he spent in Massachusetts as a child. He achieved another milestone on October 10, 2020, by hosting NBC’s ‘Saturday Night Live’ for the first time. As always, the artist did not fail to cause a stir among his many followers, some of whom have been vehemently critiquing his outlook on sensitive subjects like the celebration of pride month and cancel culture.

The Canton native met the beautiful and talented actress, Nia Renée Hill, before their careers had taken off. A comedy in Boston brought them together at the same time and place. The two soon fell madly in love with each other and moved in together within weeks of knowing each other. Shortly after, they shifted to Los Angeles, dreaming of making it big in the show business. By 2013, both had successfully made a name for themselves in the industry and thought it best to make a lifetime commitment to each other.

They tied the knot in an intimate ceremony among their family and closest friends. After some time, his wife began to feel the pressure of being married to a more successful partner and thought it affected their equation’s balance. She decided to turn things around, and as of today, she is an actor, writer, producer, and director. After impeccable performances in ‘Lila,’ ‘Did You Look for Work This Week?’ and ‘Long Distance,’ her guest appearance on the Netflix comedy/horror ‘Santa Clarita Diet’ won her immense critical acclaim.

After enjoying a life abound in marital bliss, Bill Burr and his wife welcomed their first child, Lola, on January 20, 2017. He was thrilled to see his daughter for the first time and often expresses publicly how he had always wanted to be a parent. Despite keeping his political and social commentary brash, fatherhood indeed made him double-check the closing of his Netflix special ‘Paper Tiger’ as he knew it would have hurt his baby girl if she ever listened to it after growing up.

The adorable pair felt that they were ready to welcome another child and had their second baby, a son, in June 2020. His name or exact date of birth is not of public knowledge at the moment.

Read More: What is Bill Burr’s Net Worth