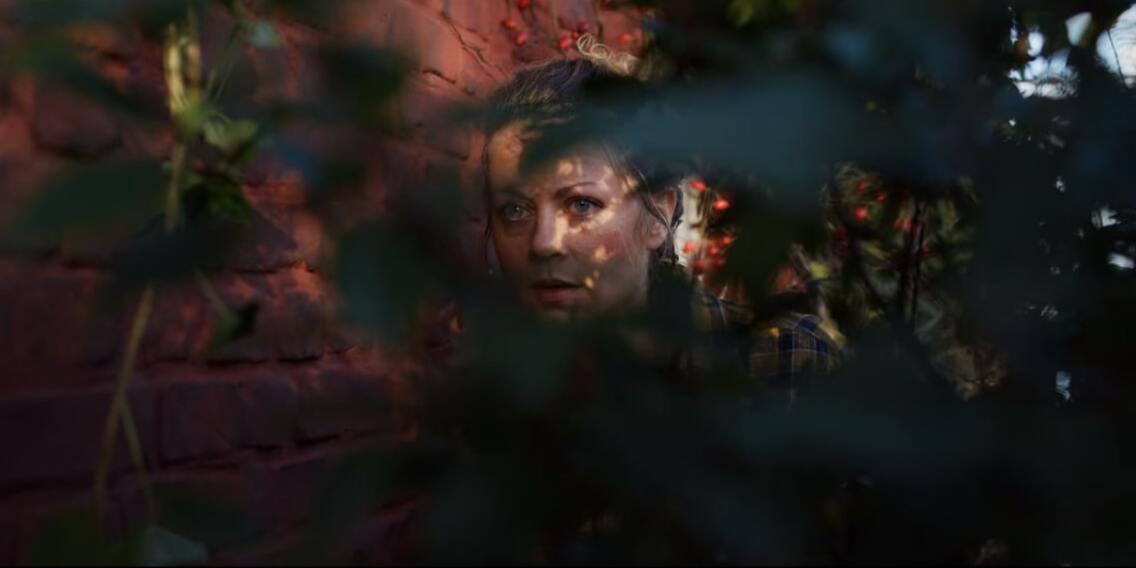 The movie shines through with a superb performance by the cast ensemble comprising Alice Dwyer, Philip Froissant, and Mercedes Müller, and the cinematography adds a layer of doom to the bleak story. The fast-paced final moments may raise some questions in your mind. If that is the case, let us go hand in hand and decode the final denouement. SPOILERS AHEAD.

The story takes the audience to the titular island in the North Frisian Islands to tell a story of mystery and revenge. The story begins with the death of Mr. Maineke, the German teacher of the local school Klaud-Mann. Jonas’ grandfather Friedrich also holds quite a prestigious position in the school, as he has served in the role of a teacher too. After the death of Mr. Maineke, a new teacher Helena Jung takes up the position of German tutor. She comes off as eccentric and liberal at first glance, with a penchant for natural beauty. 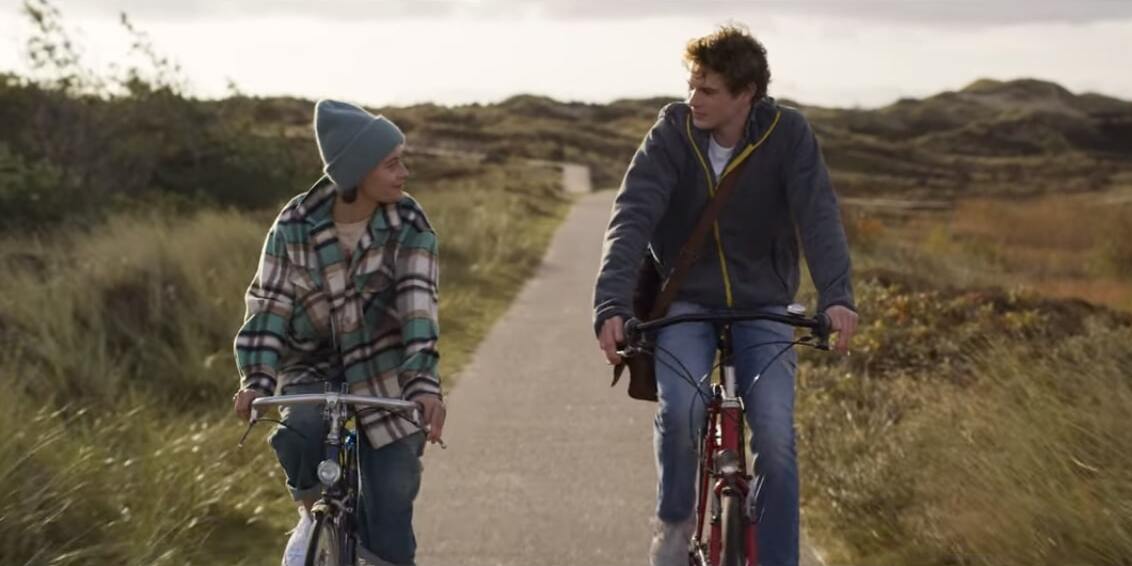 After the class, Helena calls Jonas, Nina, and Florian to help her unpack the boxes and set up the home. While Helena, Jonas, and Florian have a hearty conversation assembling a shelf, Nina injures herself. Florian takes Nina home while Jonas follows with his cycle. Later at her home, Helena burns printed Instagram photos of Jonas. She assigns the students to write a poem that sounds like Rilke in class, and aspiring poet-writer Jonas helps Nina write her poem. Jonas’ grandfather dismisses his attempt, but Helena wholeheartedly encourages him, even after knowing he helped Nina write her assignment.

Later, Jonas goes to show Helena his manuscript of poems, which seemingly breaks Helena into tears. Jonas impulsively kisses her, and she responds with another invigorating kiss. They strike up an affair, but the sudden cardiac arrest of his grandfather at the school ceremony after the sight of Helena implants a doubt in Nina’s mind regarding Helena’s beguiling appearance. Nina’s investigation pushes her towards a deadly conjecture, while Jonas comes to know of the terrible past pursuing Helena.

Friedrich collapses after seeing Helena at the event. Although Jonas misses this little detail, Nina and her friend Jule see this clearly. Nina deduces that Helena may be the reason for Friedrich’s sudden ailment and that these two may even know each other. Jule comes to know from her father that Helena looks identical to his German teacher in school.

Nina pays a visit to the library to look for the old school yearbook archives to see if there are any facial matches of Helena with any of the other staff members. She stops at a page to find an identical image. The image is that of Maria Roth, who was also a German tutor in the school. The sudden revelation prepares Nina for a fatal confrontation with Helena. Helena chokes Nina to death and subsequently tears the page of the yearbook. 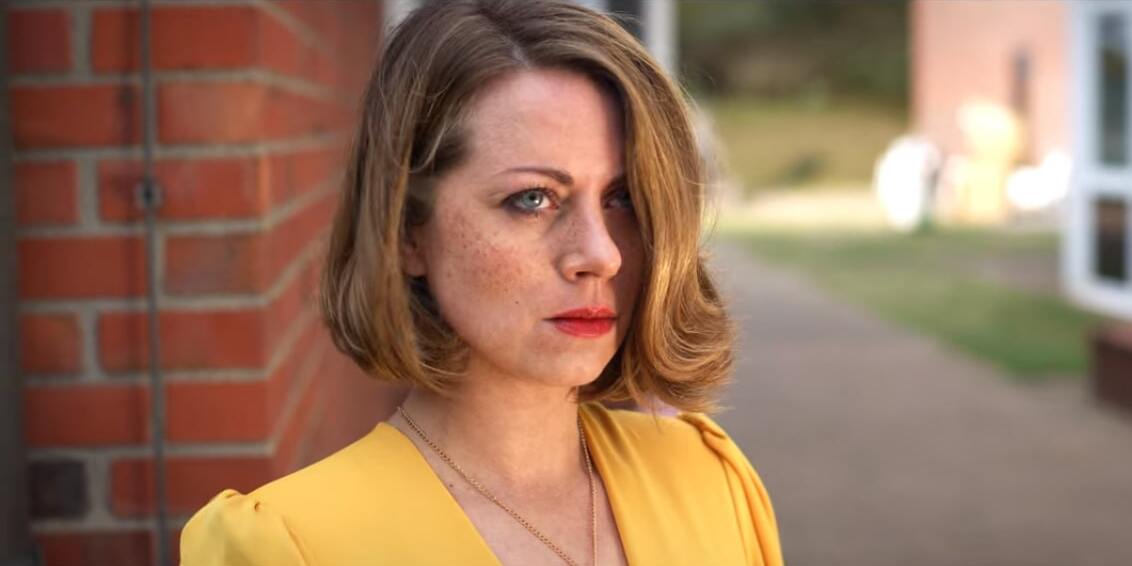 When Jonas comes looking for Nina at the library, Helena tells Jonas that Nina left the premises earlier. While Jonas forgets to look for Nina’s bicycle, Helena spots it after putting Nina’s corpse in her car. She takes the keys out of Nina’s bag and retrieves the cycle too. Helena carries Nina and her belongings to the island shore and dumps the corpse in the seas. That night, Helena sneaks into the house of Jonas for another dreamy liaison, and on the following day, Nina’s corpse washes up the shore. After the revelation, Friedrich collapses for a second time and is taken to the hospital. Jonas is visibly distressed and goes to Helena’s house for a confrontation.

However, by that time, Helena has gone out to pay Friedrich a visit to the hospital. From Helena’s provocative monologue at the hospital, we understand that Maria is the mother of Helena. The friends go back to the library to find the page torn from the book. They search on the internet to find a photo of Maria Roth and Friedrich together. They probe some more to find Maria Roth mysteriously died in an accident in 1988. The next morning, Helena gets Friedrich discharged from the hospital and knocks at Jonas’ door. Before Jonas can understand anything, Helena carries Friedrich’s bed through the door.

Jonas bursts out at Helena, and Helena promises to tell him everything over coffee. The audience sees Helena drugging Jonas’ coffee, presumably for a seamless death following the confrontation. She later places Friedrich’s bed by the window for a better view of Jonas’ finality. The confrontation reveals that Helena is the blood-related aunt of Jonas. When Maria Roth came as the new German teacher at school, Friedrich struck up an illicit affair with Maria, and Helena was the child of their love. While Maria was head over heels in love with Friedrich, Friedrich was only concerned about dignity. Therefore, Friedrich drowned Maria in cold blood, while Helena survived, reborn with a taste for vengeance.

Is Helena Dead or Alive?

Following the revelation, Jonas senses that he is drugged. By that time, Helena drags him into the pool while assuring him that it would be alright. Helena attempts to drown Jonas in the pool, but Jonas still has the strength to release himself from Helena’s clutches. He escapes the pool and crawls towards the home in the final tense moments. Helena chases Jonas into the home, and a fistfight between the two ensues. 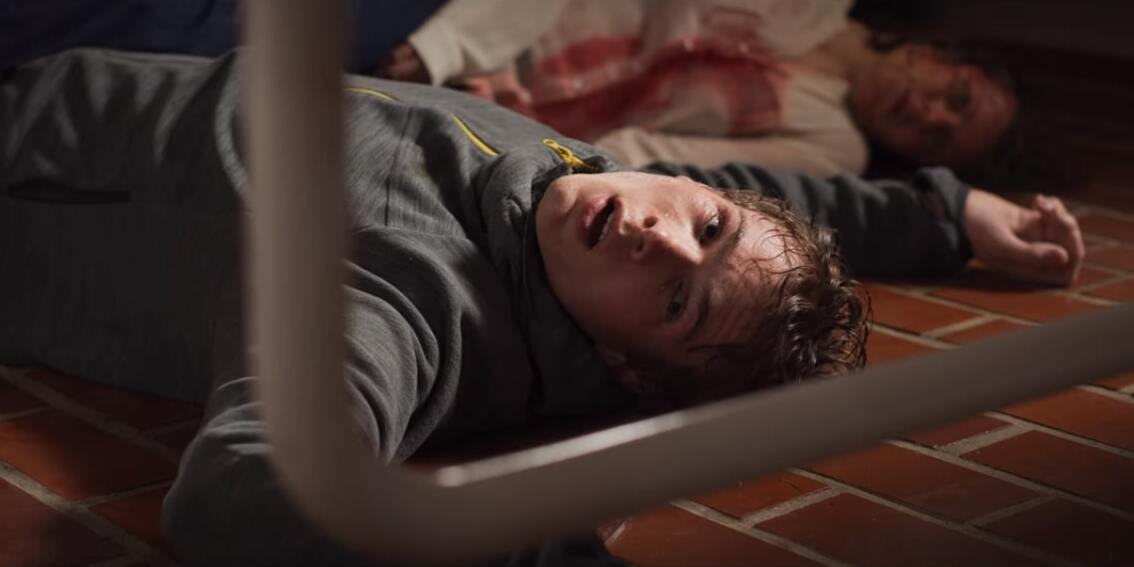 Helena tries to choke Jonas, but he gets hold of a piece of glass. Jonas stabs Helena in the chest with the piece of glass, and she collapses by the side of Jonas. By the end of the story, she is seemingly dead while both Jonas and Friedrich escape the situation alive. But Helena’s specter haunts Jonas as he escapes the damning island on a ferry. On the boat, he chases a woman who wears a yellow jacket identical to Helena.

Why Is The Island Blackened on the Map?

Jonas takes a look at the map, and he touches the blackened area to find the island has been blackened out with black pastel color or soot. The final revelation paints the story with another shade of darkness following the series of devastating events. The island is not originally painted black but has been manually colored afterward. It can be that the island was previously blackened from the map by Helena due to her hatred and grudge towards the island and its inhabitants.