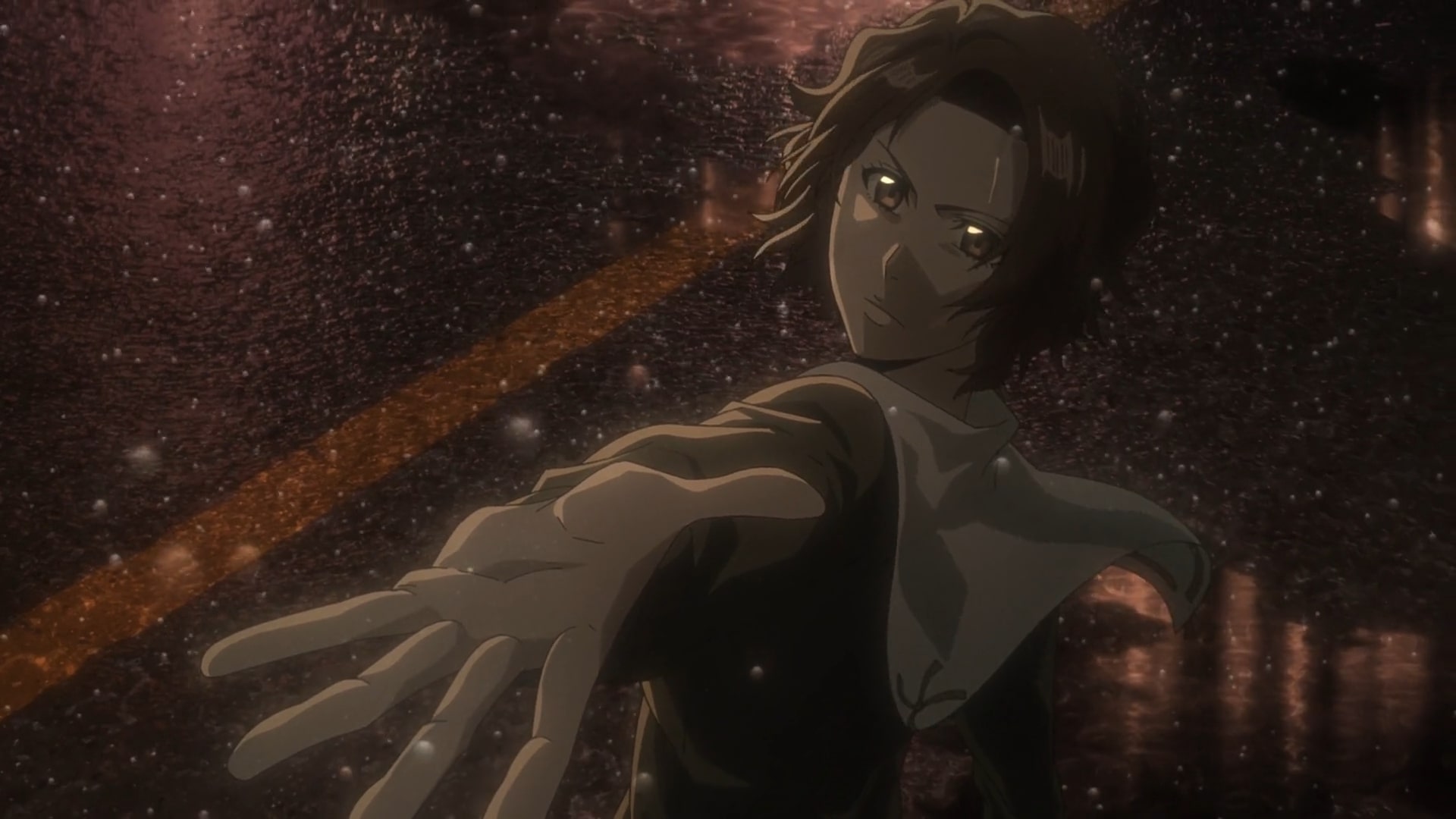 In the eleventh episode of ‘Bleach: Thousand-Year Blood War’ or ‘Bleach: Sennen Kessen-hen’ titled ‘Everything But the Rain,’ after Nimaiya sends Ichigo to the human world, he informs Renji that his friend still needs to find where his soul is. Ichigo later meets Isshin Kurosaki who tells him about his first meeting with Masaki about two decades ago. In the present time, Jugram Haschwalth meets Uryu Ishida. Here’s everything you need to know about the ending of ‘Bleach: Thousand-Year Blood War’ episode 11. SPOILERS AHEAD!

After Ichigo is sent back to the human world, Nimaiya reveals to Renji that his friend still needs to find his soul, referring to the fact that he still does not know much about his own past. Nimaiya then goes on to tell Renji that Ichigo’s Asauchi wasn’t made by him even though for the last several thousand years he had been creating them for everyone else. Back in the human world, Isshin Kurosaki meets his son to finally tell him about his mother. 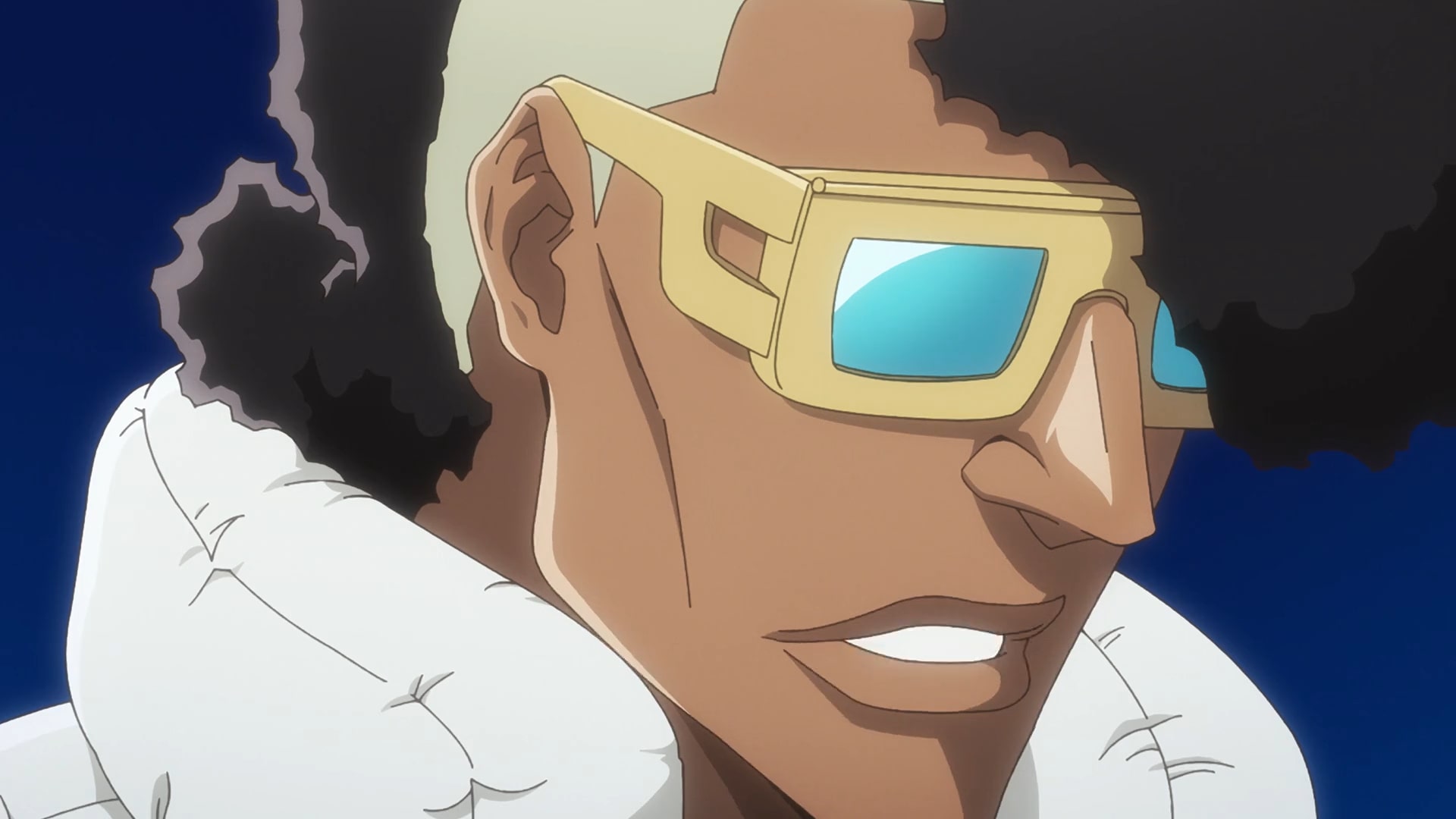 About two decades ago, Masaki used to live with the Souken Ishida family. But she was taken in by them for the sole purpose of protecting their pure Quincy blood. Ryuuken Ishida, who is supposed to marry her is unsure whether she will be happy with him. Meanwhile, Isshin was busy with his duties at the time. As the captain of Division 10, he was informed by Toshiro about concerning reports from an average-sized city named Naruki where two soul reapers died last month.

Interestingly, the soul reaper who was in charge of the region had passed away under mysterious circumstances two months ago and his death was still being investigated. As soon as Isshin hears this, he leaves in a hurry despite Rangiku Matsumoto’s protests. When she suggests to Toshiro that they should go with him, he declines by arguing that they will only be getting in his way in their present state. Elsewhere, Sosuke Aizen is busy experimenting with Hollowfication with Gin and Kaname’s help. 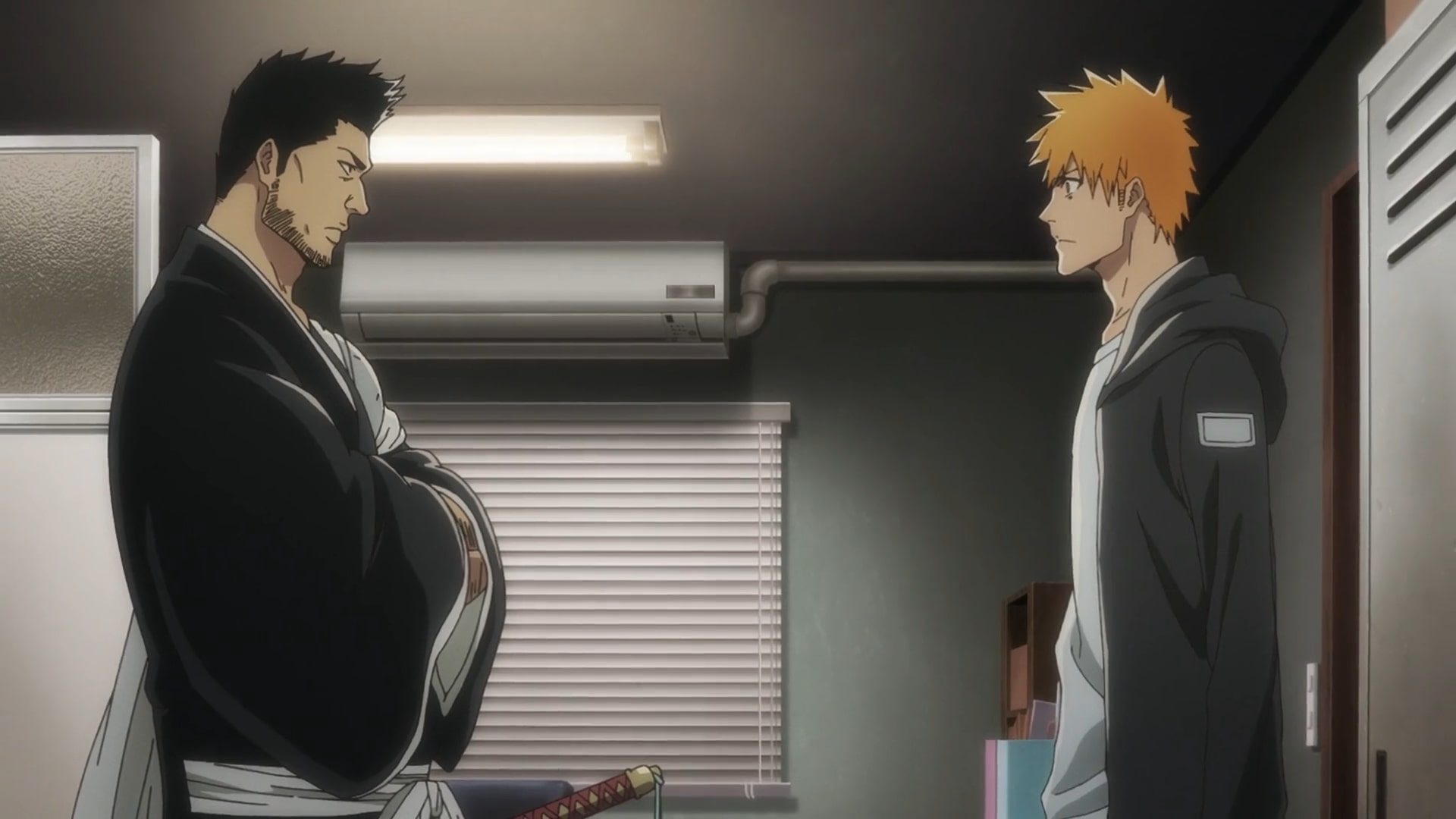 When Isshin arrives in Naruki, two soul reapers are already patrolling the region and they are also alarmed because of the recent deaths. After asking them indirectly to let him handle things, Isshin wonders whether the murderer will actually respond to strong spiritual pressure or if it is just targeting soul reapers. Just when he releases his spiritual pressure, the two soul reapers are brutally murdered. As Isshin turns around, he finally sees an intelligent White Hollow with black armor standing in front of him.

Bleach: Thousand-Year Blood War Episode 11 Ending: How Did Masaki and Isshin Kurosaki First Meet? How Did She Save His Life?

At this point, it is quite obvious that the White Hollow is behind the recent murders but it is still unclear who is pulling the strings. Masaki, who is sitting in her room can feel the spiritual pressure getting closer and realizes that a Hollow and a soul reaper are most likely fighting each other. She immediately springs into action without a care for her own well-being in order to help. But just when she is running into the hallway, Ryuuken Ishida tries to talk him out of her plan arguing that the Quincy blood should not be shed so easily. 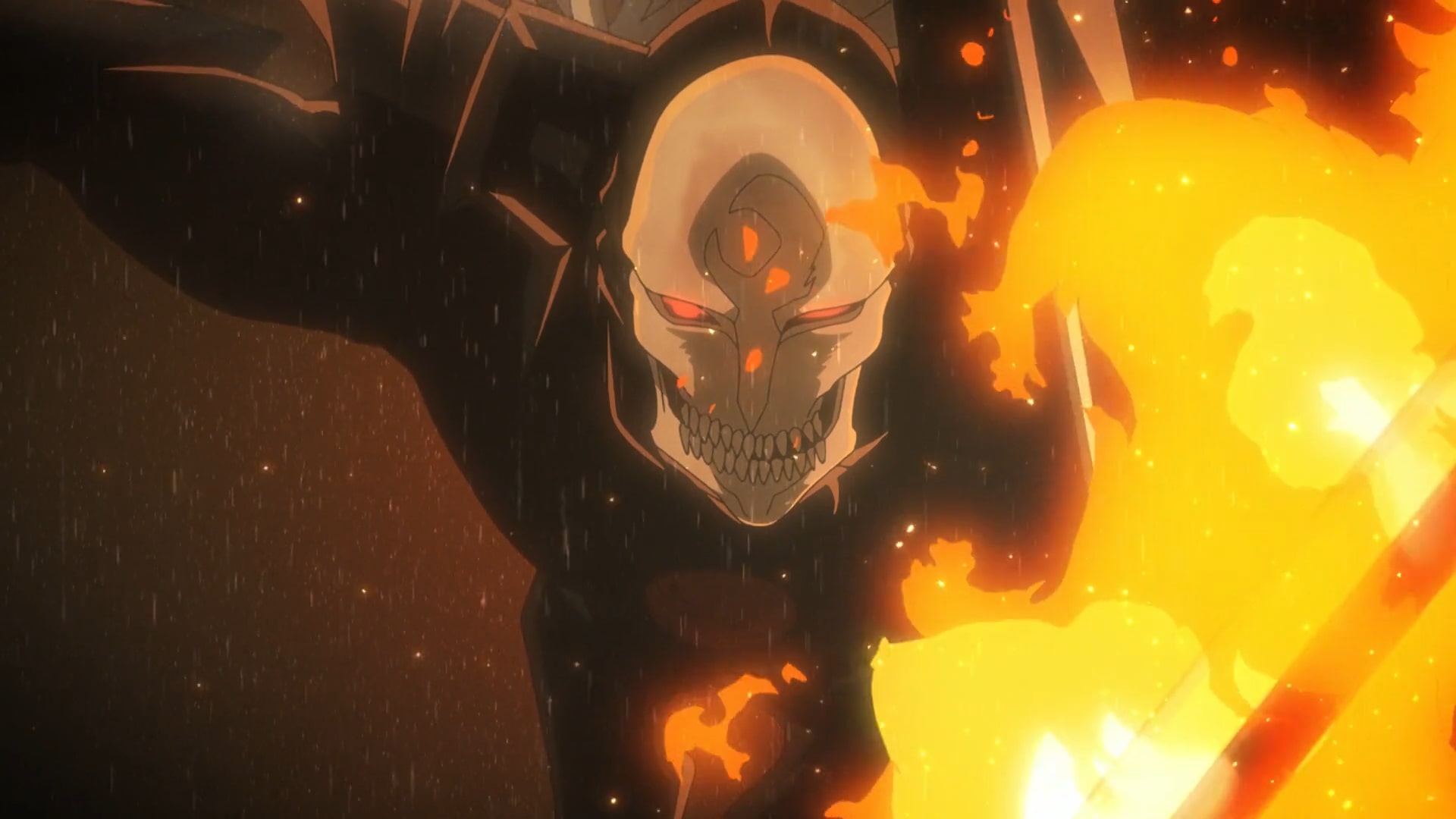 Masaki listens to him patiently but she does not hesitate in telling him that her caring about herself means doing the right thing today. Once she leaves, Ryuuken asks family maid Kanae Katagiri to go with him so that they can make sure that Masaki is safe. In the meantime, Isshin is fighting the White hollow and tries to learn more about his motivations. But he never really gets any answers. Interestingly, while he is fighting, is suddenly attacked on his back by someone with a Zanpakuto.

Because of the White Hollow, he does not really have much time to wonder who could have attacked him from behind. Luckily, Masaki arrives on the scene before it’s too late and attacks the White Hollow without wasting a single second. Although Tosen wants to kill her, Aizen stops him from doing anything as he is curious about how the fight will unfold from here now that a quincy is also involved. 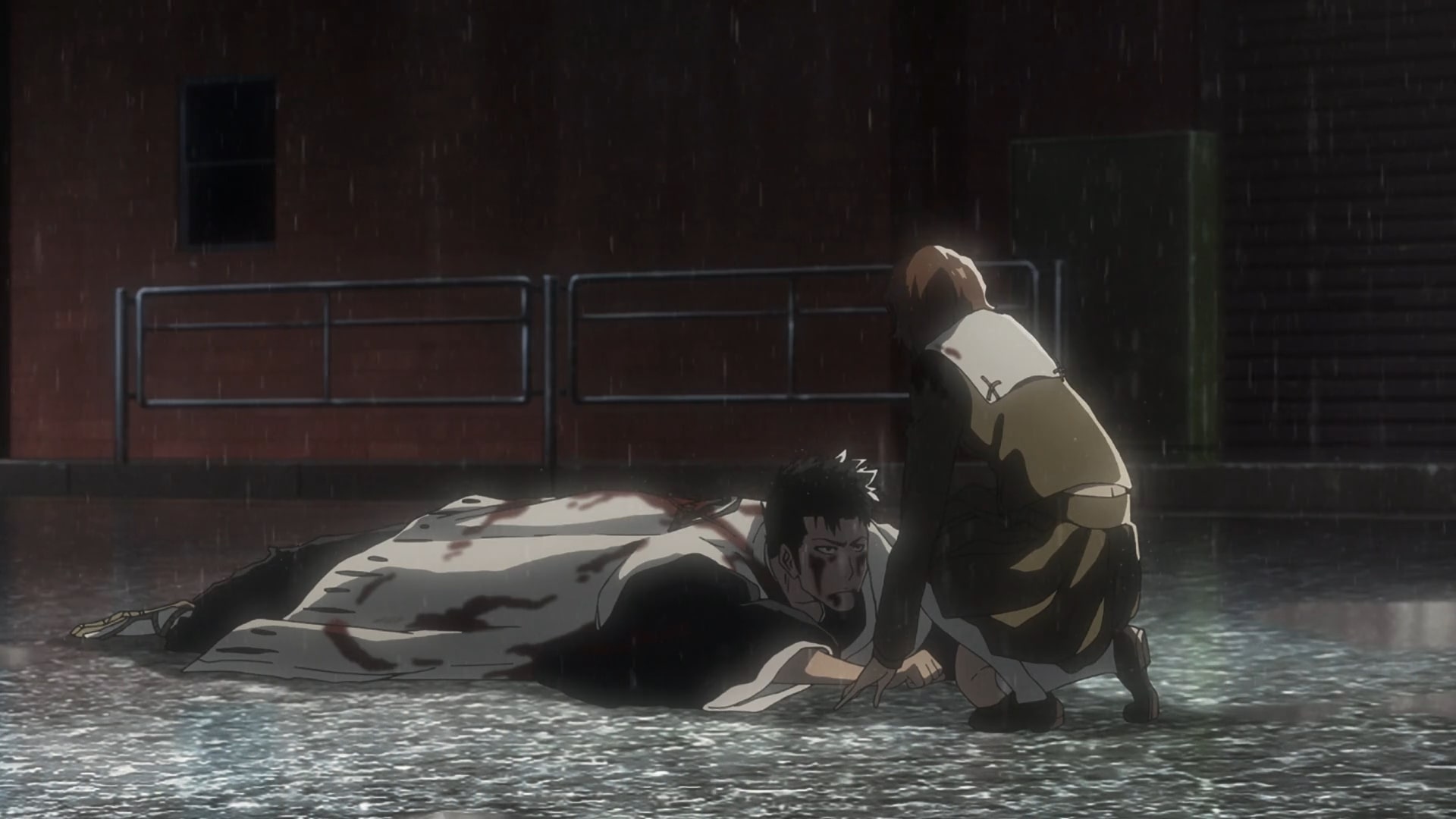 The White Hollow easily manages to evade Masaki’s attacks and lunges toward her. But just when he closes the distance, Masaki turns the tables and kills him in one blow. After that, the White Hollow’s body is about to self-destruct but luckily Isshin saves her life. Once the battle is won, Isshin and Masaki get to know each other while Ryuuken and Katagiri leave after ensuring that the latter is safe.