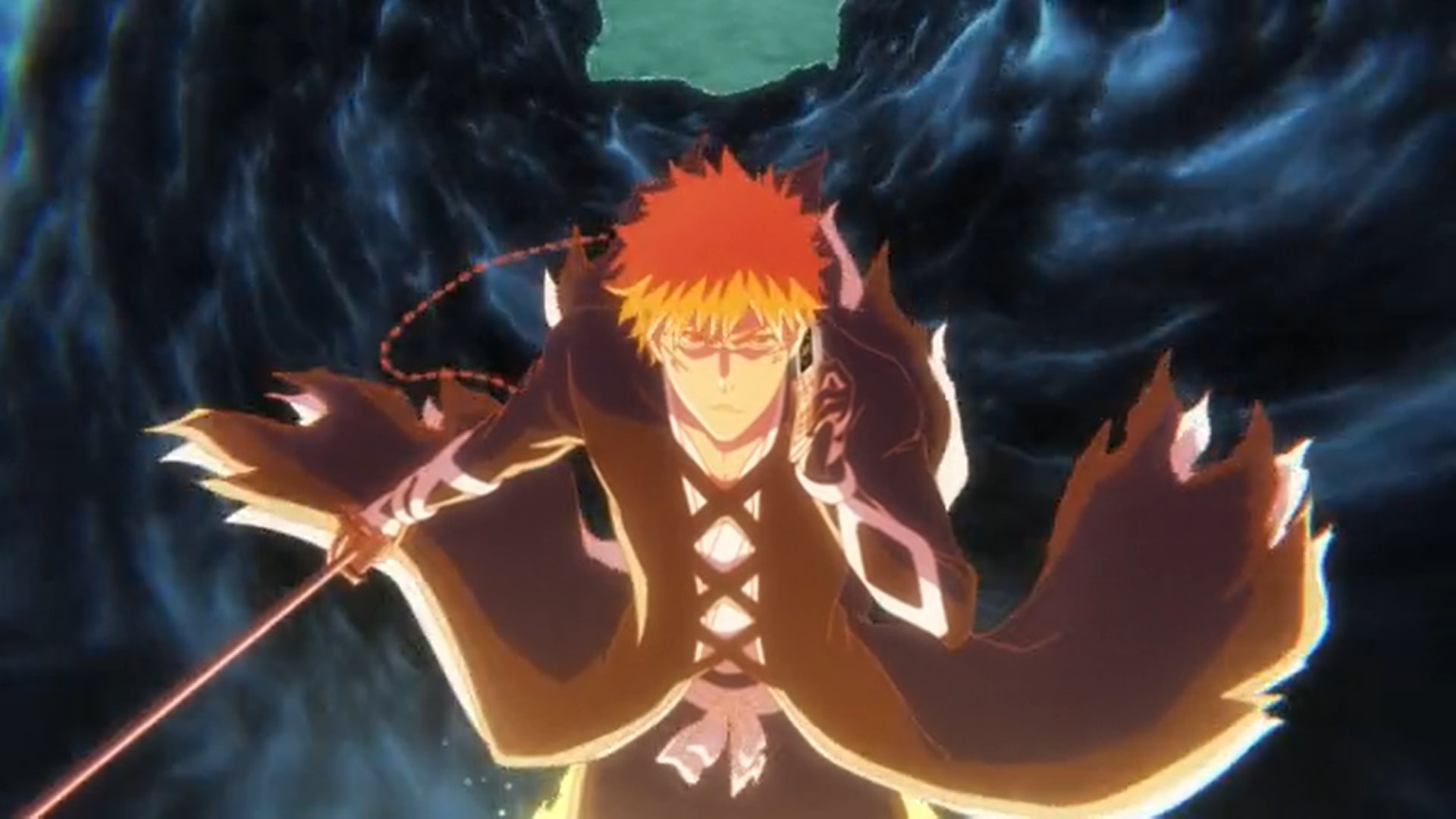 In the fourth episode of ‘Bleach: Thousand-Year Blood War’ or ‘Bleach: Sennen Kessen-hen’ titled ‘Kill The Shadow,’ the battle in the soul society becomes intense as the Sternritters brutally murder every squad they come across. When the Soul Reapers are cornered with nothing to lose, they decide to use their Bankai- only to realize that the enemy has been waiting for this moment from the start. While Seireitei is falling, Ichigo is putting his life on the life to fight Quilge in Hueco Mundo. Here’s everything you need to know about the ending of ‘Bleach: Thousand-Year Blood War’ episode 4. SPOILERS AHEAD!

After the Sternritters appear in the Soul Society, they announce that they are there to purge everyone. Soon the enemy spiritual pressures are detected in sixteen locations all over Seireitei. The Soul Society loses more than 1,000 people in the next few minutes of the invasion. The incident goes on to show the power disparity between the two fighting factions. 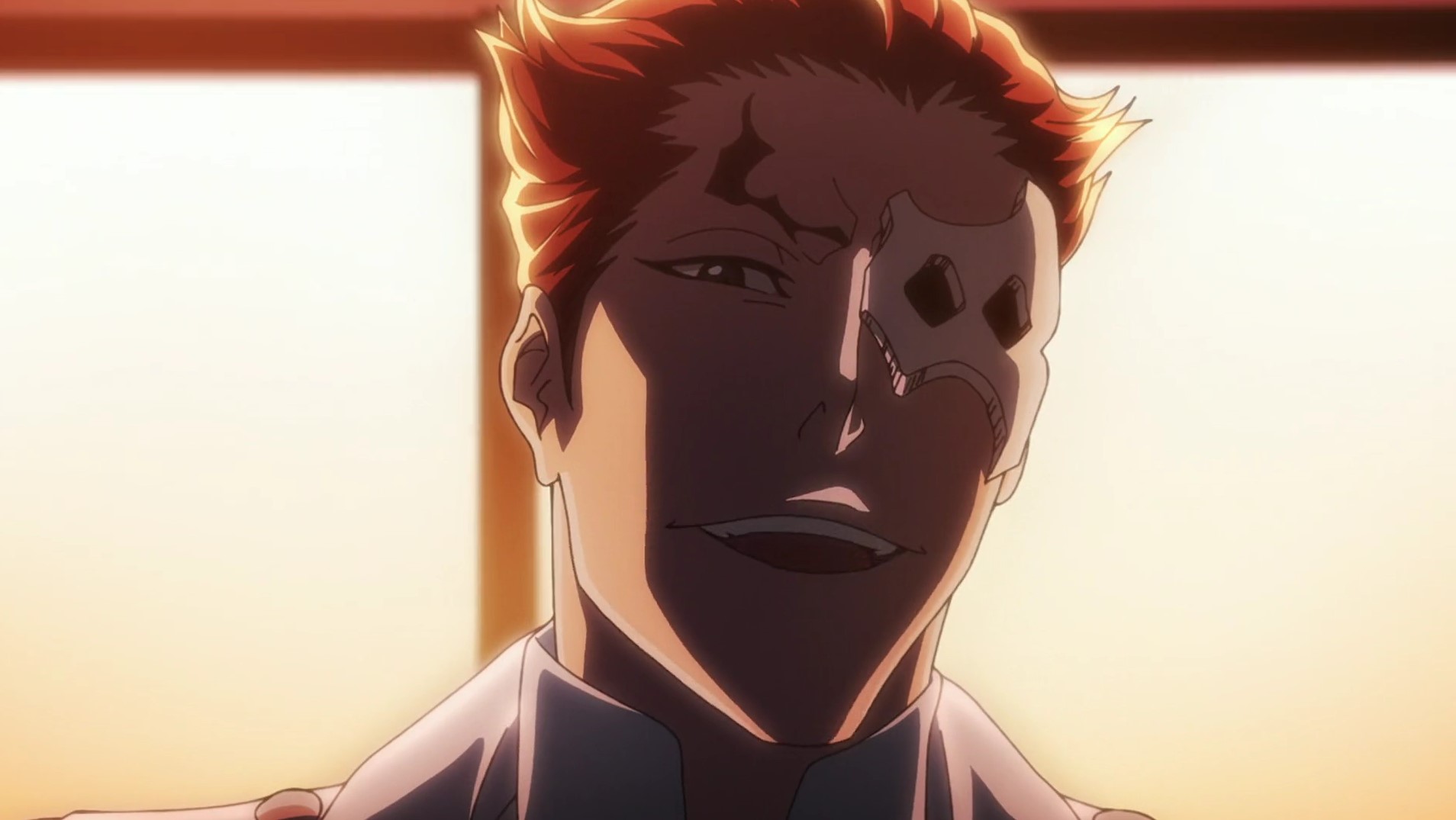 Meanwhile, Mayuri Kurotsuchi working in his private lab in the Department of R&D realizes that the Quincies are not trying to seal the Bankai, but their goal is much more sinister than that. Elsewhere, Kuchiki decides to help Reiji who is about to fight a dangerous Quincy alone. He encourages him to not hold back against the enemy since they are mercilessly destroying the Soul Society without any remorse. Until this point, Reiji has been unable to leave even one cut on the Quincy he is fighting but Kuchiki does manage to leave some injuries on the enemy.

However, his attacks also become inefficient soon afterward and Kuchiki decides to use his Bankai despite the risks. A few other captains do the same thing around that time in different locations in Seiritei and all of them end up getting their Bankai stolen. Kurotsuchi is naturally disappointed that no one waited for enough information before taking such a risk. With the battle now tilting heavily in the favor of the Quincies, Mr. Akon decides to contact Ichigo.

While the Soul Reapers are struggling against the enemies in Seiretei, Ichigo is busy fighting Quilge in Hueco Mundo and is surprisingly doing a great job. Urahara receives a phone call from Mr. Akon who wants to immediately have a conversation with Ichigo to inform him about the emergency in the Soul Society. 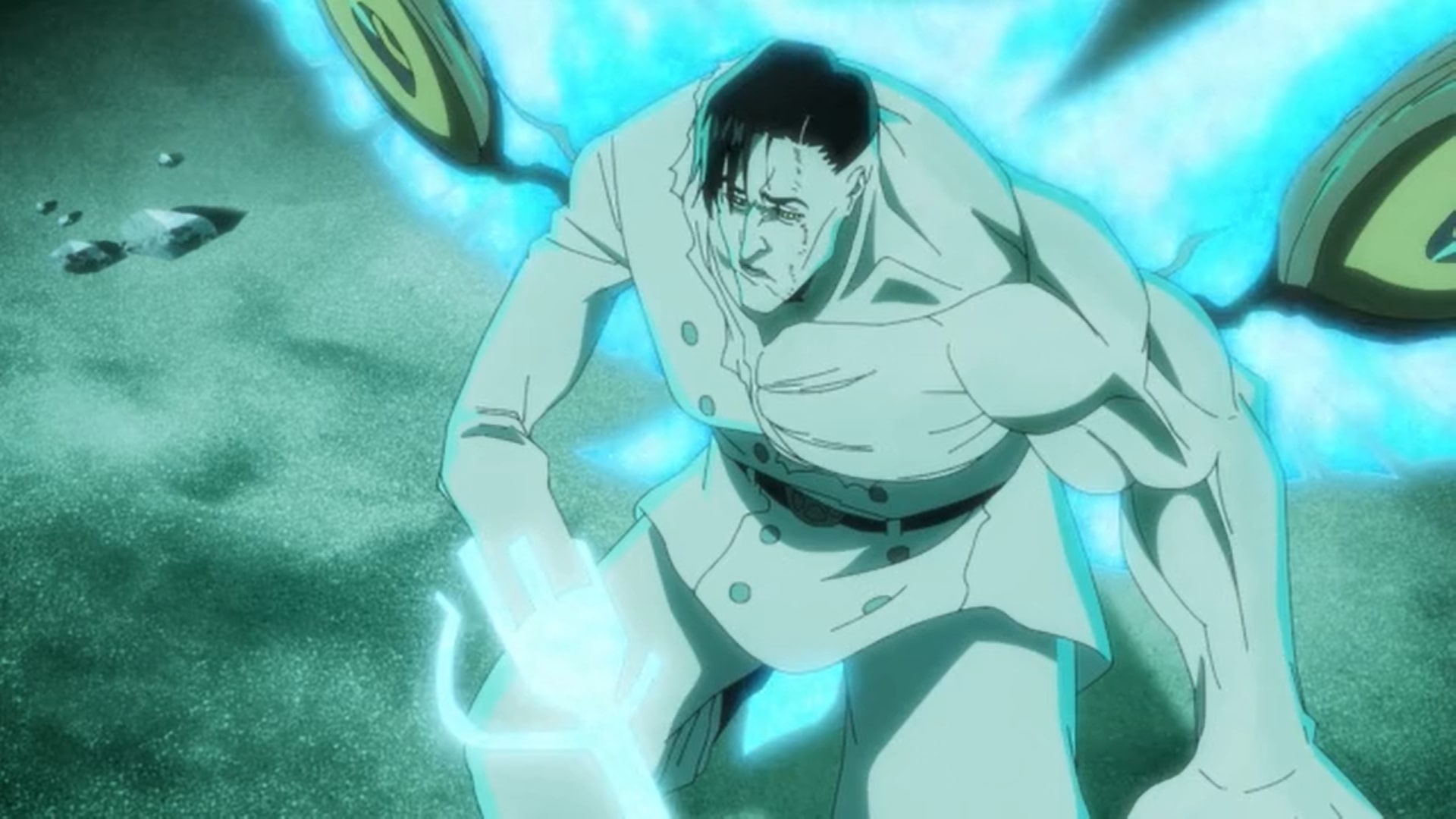 Naturally, Ichigo cannot take the call as Quilge is still conscious, so Urahara takes cognizance of the situation. Meanwhile, Quilge is frustrated that he is unable to steal his enemies’ Bankai. He is unable to process the fact that Ichigo is able to surpass his powers even when he has absorbed Ayon and is using Voll Stern Dich.

Bleach: Thousand-Year Blood War Episode 4 Ending: What Are the Noteworthy Abilities That Quincies Possess? Does Ichigo Make it to the Soul Society?

After trying his best Quilge is forced to sit on his knees because of exhaustion and Ichigo reminds him that one of them tried to seal his Bankai the other day as well. When he points to the desperation of the Quincies to steal Bankai and argues that they are probably afraid of it, Quilge loses his mind. He furiously shouts back claiming that the Wandenreich is not afraid of anything. But in all this commotion, Quilge’s defensive Reishi is disrupted. 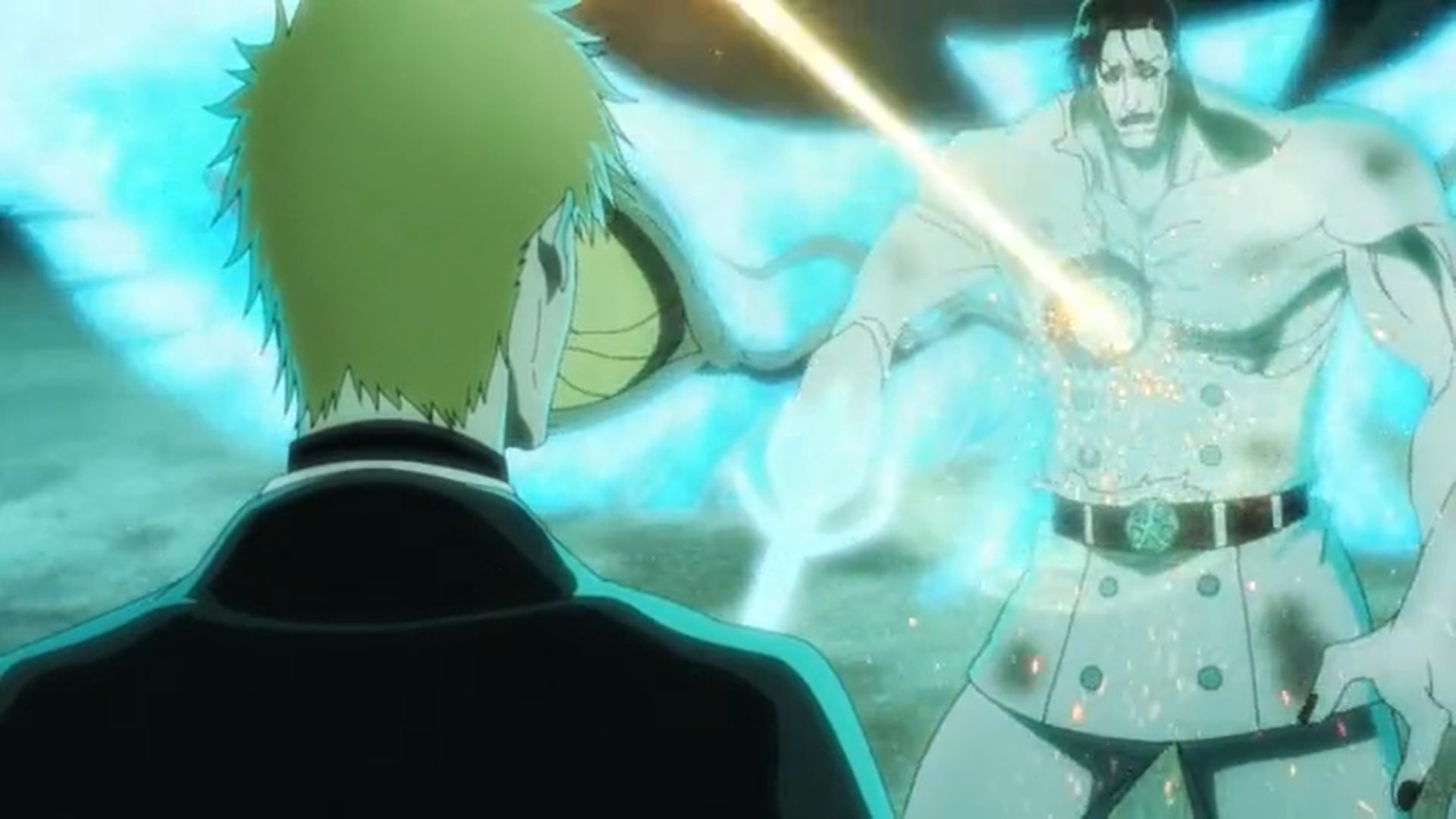 Urahara uses this opportunity to land a fatal blow at the chest of the Quincy captain that leaves a big hole. He then hands Ichigo the phone and asks him to leave for the Soul society immediately leaving the rest on him in Hueco Mundo. When Ichigo learns that Quincies are not sealing but stealing the Bankai, he cannot believe the claims. However, he is shocked to learn that the information is verified by the captains of squads 2,6, 7, and 10- who have themselves lost it in the battle.

While Ichigo is on his way, Urahara connects to the call as well and states that the Quincies primarily possess three major abilities. First, is the Quincy Voll Stern Dich- which was used by Quilge in the Hueco Mundo battle. Second is the power that the Quincy captain referred to as Blut. Using this ability, the Quincies can inject reishi directly into their veins which drastically improves their defensive and offensive skills. The last but the most worrisome power they have is Bankai Plundering. 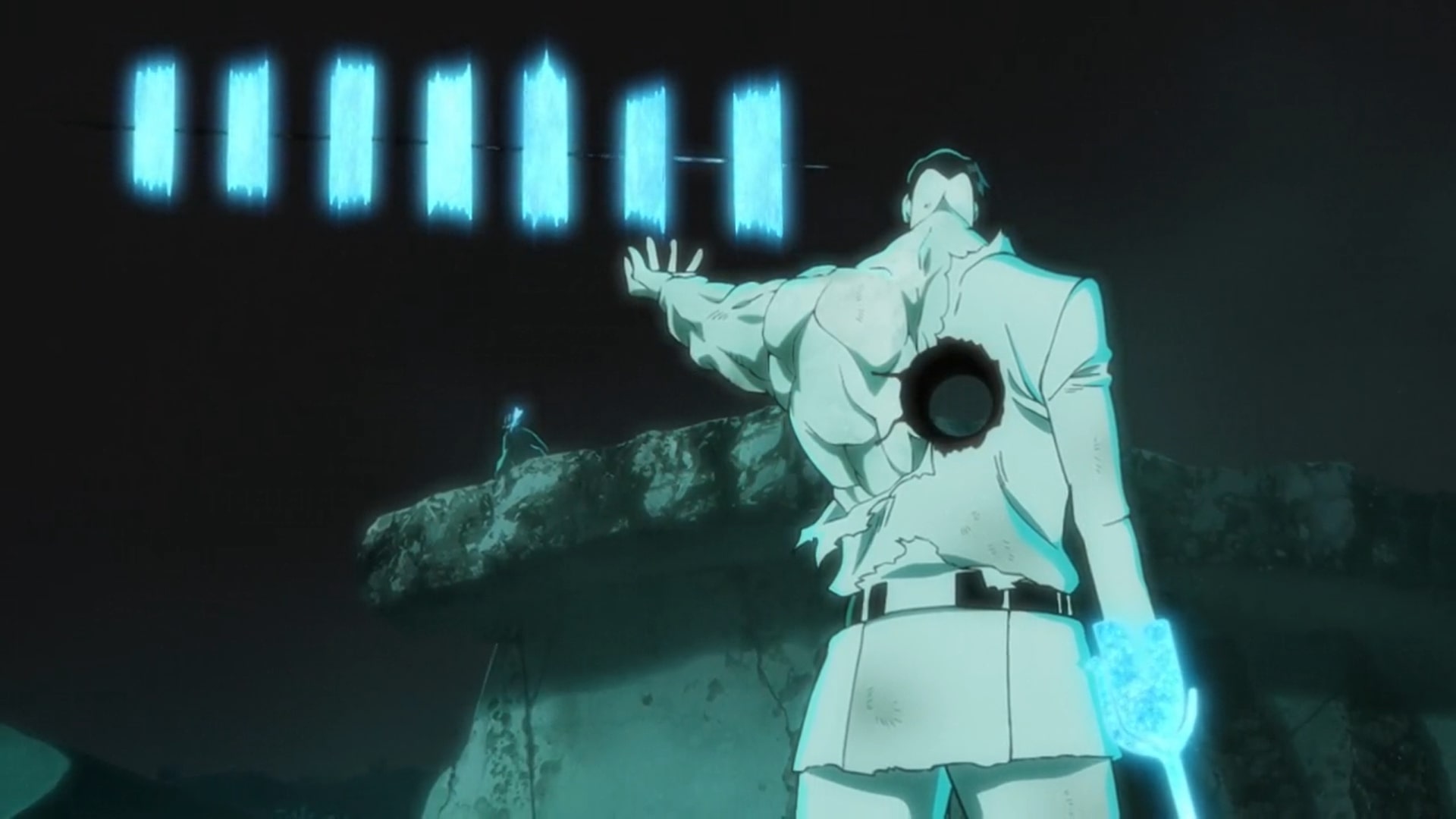 As of now, the Quincies have successfully stolen the Bankai from everyone except for Ichigo. Just when Urahara is about to explain the reason for it, Ichigo notices that the entrance to the Soul Society is closed by the Quincy powers. Urahara is shot in the back while Orihime and Yasutora are lying motionless on the ground. It turns out that Quilge is still alive despite his serious injuries. He uses his powers to trap Ichigo in a dark prison despite struggling with his injuries. The Quincy captain vows to keep Ichigo at bay while his companions do their job in the Soul Society.