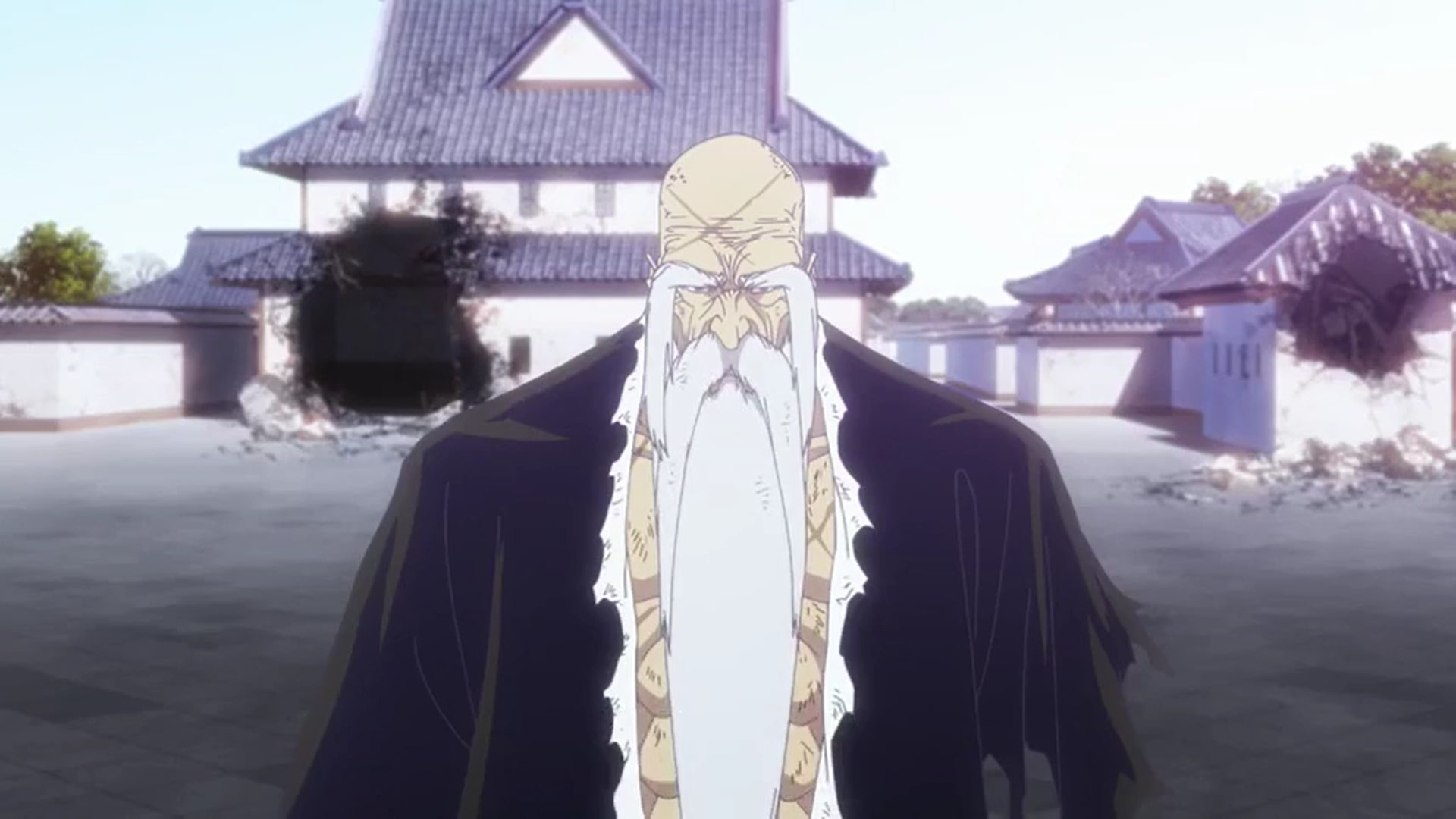 In the sixth episode of ‘Bleach: Thousand-Year Blood War’ or ‘Bleach: Sennen Kessen-hen’ titled ‘The Fire,’ the Head Captain Shigekuni Yamamoto confronts Yhwach and reveals his Bankai. When the two begin to fight Yhwach is blown away by the unrivaled powers of the captain of the 1st Division and is pushed to the death’s doorstep by the end of the battle. However, just when Yamamoto turns his back on his enemy and is about walk away, a shocking secret is revealed that leaves him speechless. Here’s everything you need to know about the ending of ‘Bleach: Thousand-Year Blood War’ episode 6. SPOILERS AHEAD!

After killing Driscoll Berci AKA the Sternritter O – “The Overkill,” Yamamoto does not hesitate even once and immediately takes the fight to Quincy King Yhwach. Although Yhwach is confident, the atmosphere of the battle shifts dramatically in the next few moments. Until now, Head Captain Yamamoto had not revealed his Bankai and he finally decides to use it as the Soul Society faces its biggest existential crisis. 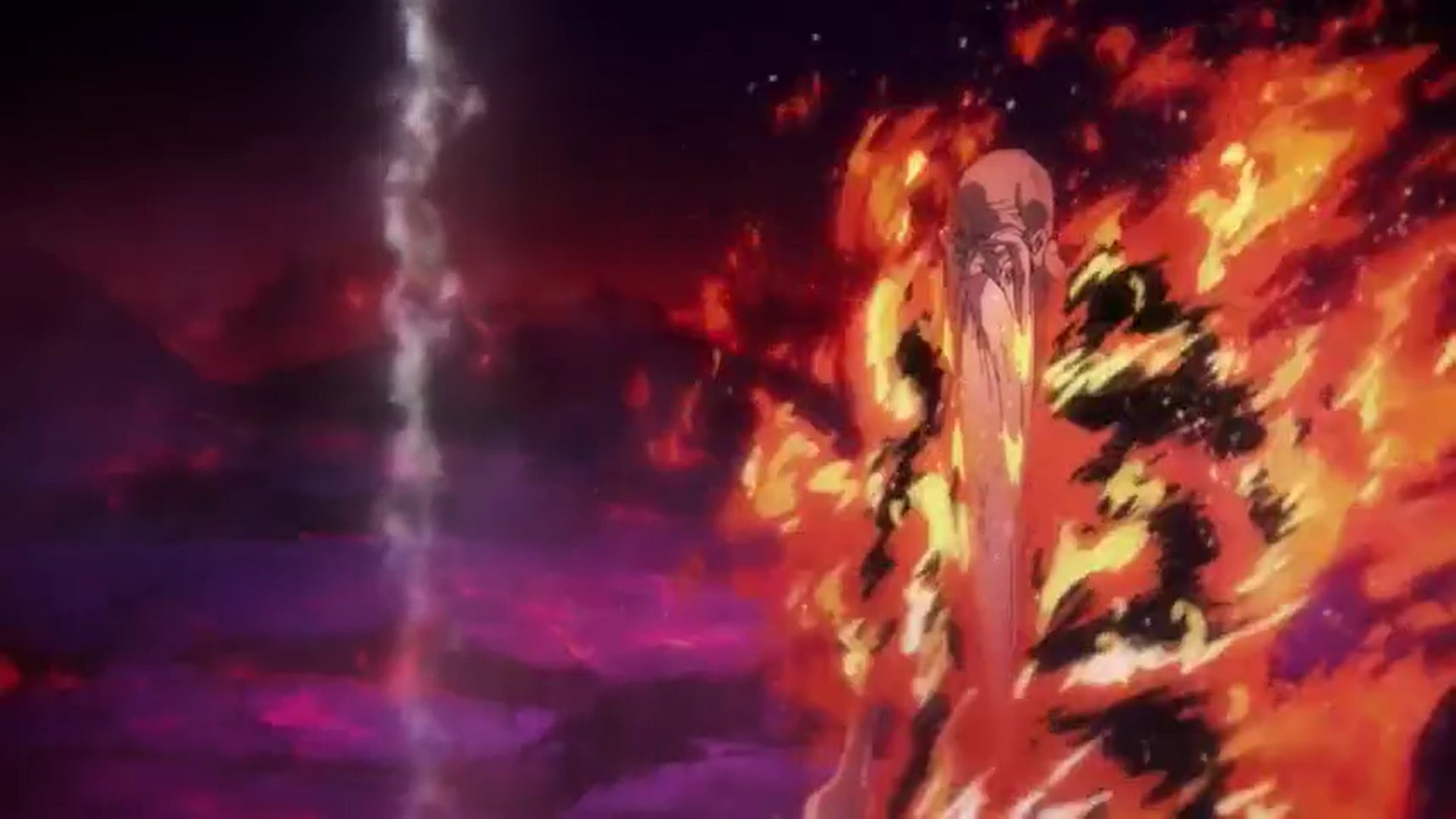 Meanwhile, Ishida learns that Licht Reich, the Quincy empire that existed almost a thousand years ago, planned to eliminate all the Hollows. When the Soul Society opposed this plan, they went as far as invading the spirit world. But it turned out to be a reason for the downfall as they were annihilated when faced with the Thirteen Court Guard Squads.

About two centuries from the present time, the Soul Society decided to get rid of the surviving Quincies as well to make sure that they do not disrupt the circulation of Souls in any way. After learning the painful history full of conflict and bloodshed, Ishida concludes that there is almost no hope of the Quincies and Soul Reapers ever getting along with each other. In the Soul Society, the battle between Yhwach and Yamamoto gets more intense as the former reveals the true extent of his powers.

When Yamamoto and Yhwach finally face each other, the Head Captain is determined to make the latter pay for his sins. Therefore, he does not hesitate to finally reveal his powerful Bankai- Zanka no Tachi. When he finally activates it, his blade suddenly changes into an ancient and worn katana which appears to be savagely burnt by fire. The Bankai is so powerful that it alters the moisture composition of the air of the Soul Society because of the heat wave that it produces. The water in Seireitei and other regions that fall into its scope begins to evaporate slowly. 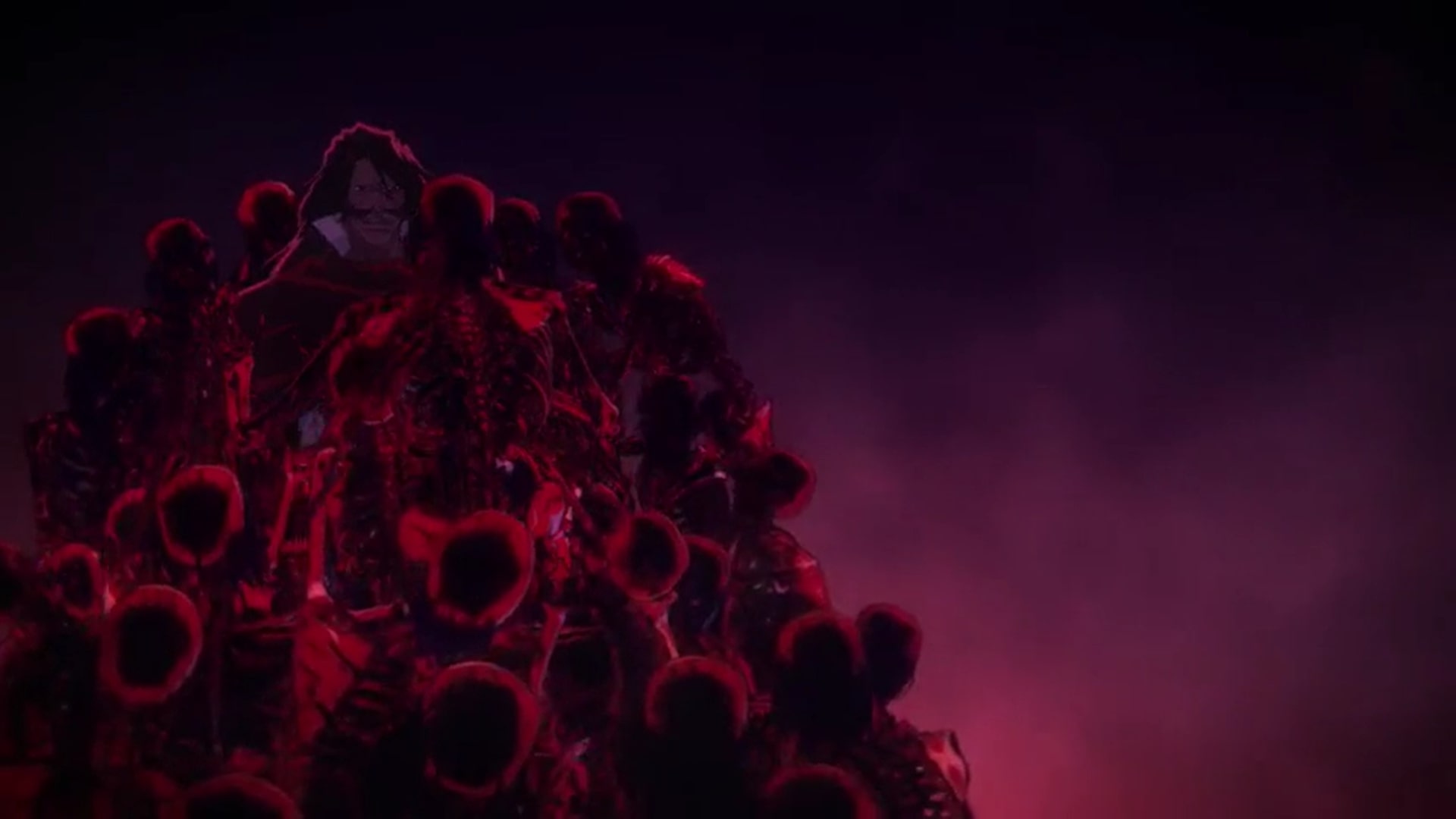 Zanka no Tachi encases Yamamoto’s entire body and his blade with a 15 million degrees Celsius layer that is comparable to the core temperature of the Sun. So if Yhwach even tries to come close, he would be easily burnt down in an instant. In fact, Yamamoto’s bankai is so strong that if he uses it for too long then there is a possibility that he may even end up burning down the entire Soul Society. Now Head Captain’s Bankai can be used in different ways and its different forms are explained below.

Zanka no Tachi, Higashi (East)! Kyokujitsujin gives Yamamoto a deadly offensive attack. When it is activated by the Head Captain, the immense powers contained in it are immediately concentrated on the tip of the blade. Naturally, anything that comes in contact with it immediately gets eradicated to nothingness, which means a single touch is more than enough for Yamomoto to kill even his worst enemies in an instant. In fact, there is no known defensive technique that can work against it and soften its blow. Zanka no Tachi, Nishi(West)! Zanjitsu Gokui actually gives the Head Captain a huge defensive advantage.

When this is used, his body along with his Bankai gets surrounded by an invisible layer whose temperature approaches 15 million degrees Celsius. Now, this layer is invisible but Yamamoto can make it perceptible to the person he chooses. This makes it almost impossible for his enemy to attack the Head Captain and anything that he comes in contact with literally gets annihilated instantly. Zanka no Tachi, Minami (South)! Kaka Joumanokushi Daisoujin allows Yamamoto to bring back the dead to life who were killed by his flames.

For this to activate all he needs to do is touch the tip of his sword on the ground and then the corpses suddenly emerge from under the ground and fight for the Head Captain. In addition to the aforementioned tricks, Yamamoto can also use Zanka no Tachi, Minami (South)! Kaka Joumanokushi Daisoujin to psychologically unsettle his enemies by calling the corpses that have some connection with them. 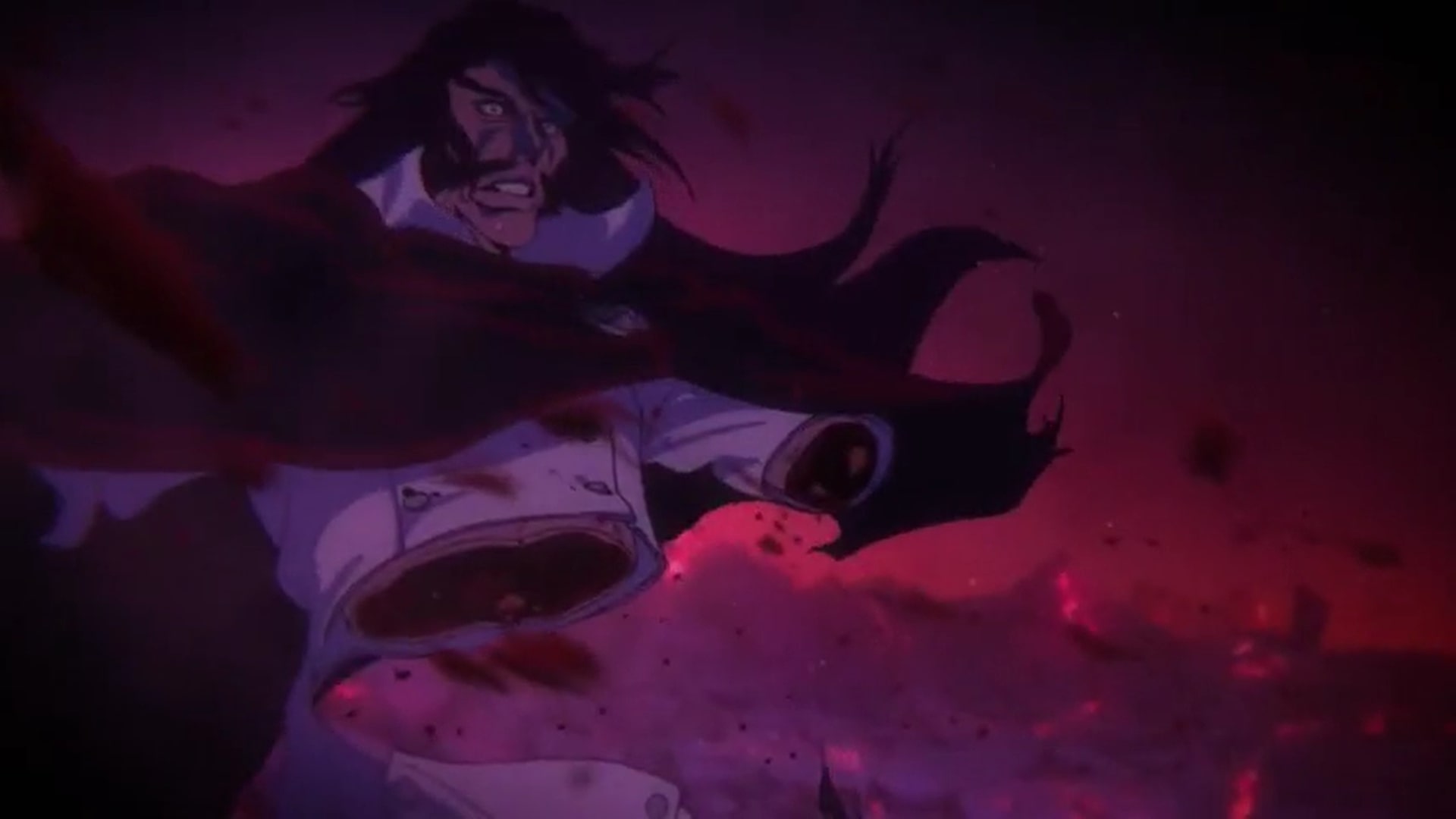 Zanka no Tachi, Kita (North)! Tenchi Kaijin is without a doubt one of the deadliest ways Yamamoto can use his Bankai. When the Head Captain activates it, he can incinerate anything in his path with a vicious laceration of concentrated fire and heat. This is the same attack that Yamomoto eventually resorts to end his battle with Yhwach and to ensure his victory in their one-sided battle.

Why Does Yhwach Meet Sosuke Aizen? Is Royd Lloyd AKA the Sternritter Y Dead?

After using Zanka no Tachi, Kita (North)! Tenchi Kaijin on Yhwach to deliver a fatal blow, Yamoto begins to walk away thinking that the battle has come to an end and he has won. Unfortunately, this turns out to be a huge mistake as the person he just fatally injured is actually Sternritter Y or Royd Lloyd. The real Yhwach suddenly appears behind Yamamoto and kills Sternritter Y after appreciating him for not getting recognized by the Head Captain. 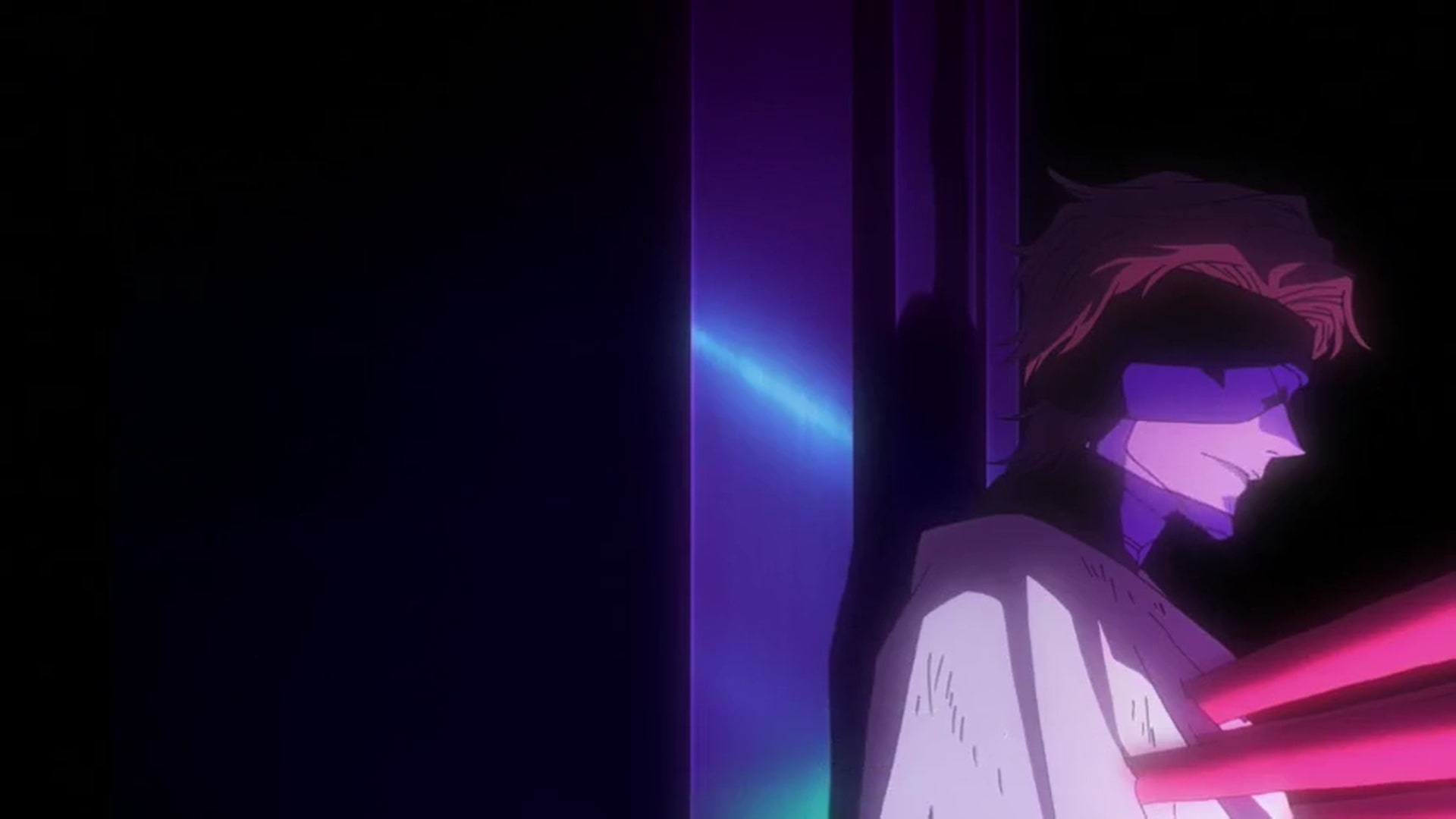 Then Yhwach turns his attention towards Yamamoto who is obviously shocked at this point. When asked by the Head Captain, Yhwach reveals that he was not on the battlefield as he was visiting the Central Underground Great Prison under the Squad 1 barracks. Yamamoto knows what that means and Yhwach confirms his fears by disclosing further that he went there to meet Sosuke Aizen.

It turns out that when Yhwach eventually showed up in front of him, Aizen had already guessed what was unfolding above the ground after sensing the unpleasant Spiritual presence. Yhwach offers him the chance to join the Wandenreich. But to Yhwach’s surprise, Aizen declines his offer and the Quincy King has to turn back empty-handed.

Is Shigekuni Yamamoto Dead? Does Head Captain’s Bankai Gets Stolen?

After Yhwach explains what just happened, he then mocks Yamamoto who according to the Quincy King has used all his powers fighting Sternritter Y. When the Head Captain is about to use his Bankai again, Yhwach reveals that he had specifically told Royd not to steal his special power as no one other than him could handle it. Once the Quincy King has stolen Yamamoto’s Bankai, he attacks him using a broadsword. 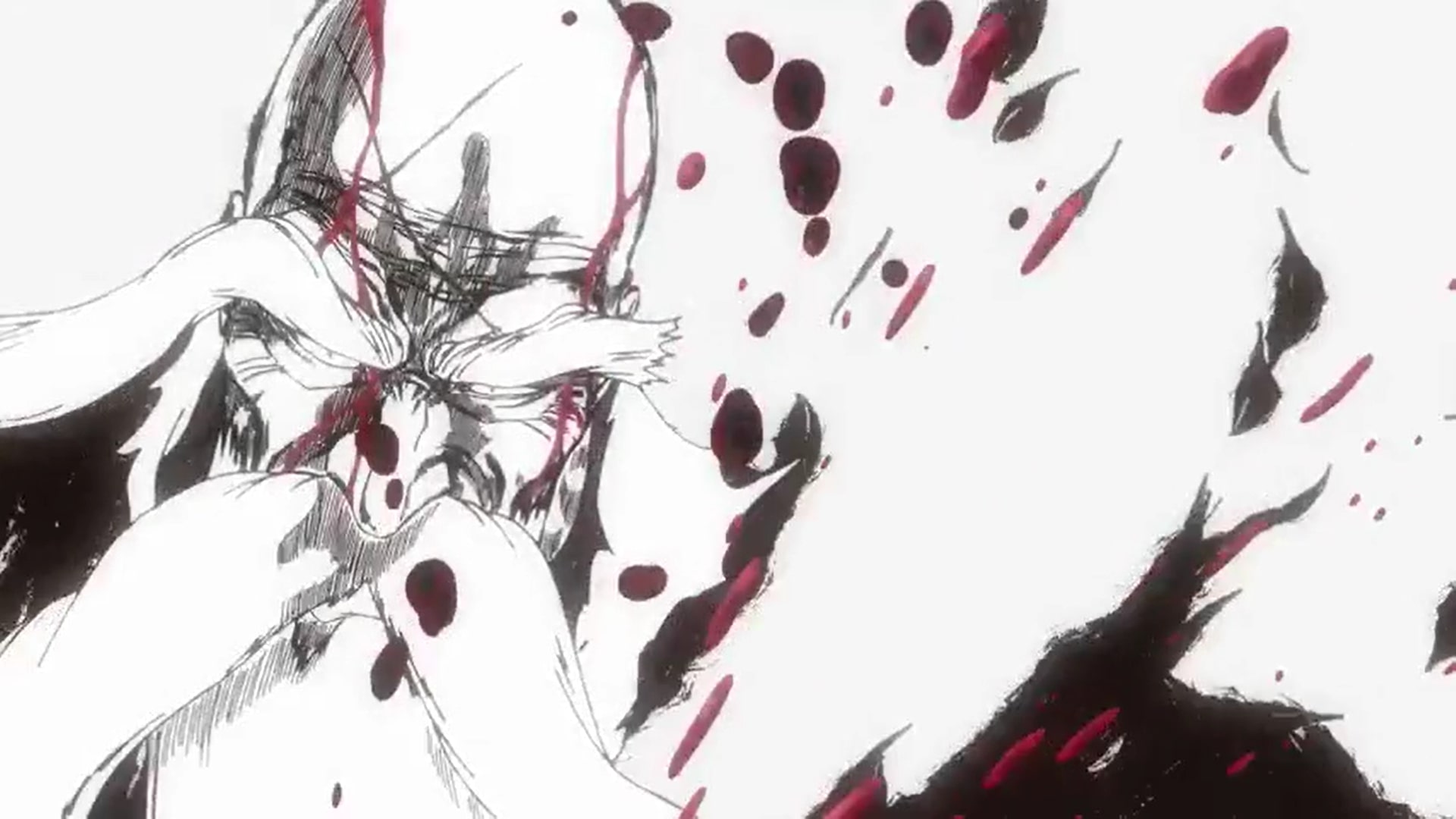 The last seconds of the episode show a very deep cut that has seperated Yamamoto’s left shoulder from the rest of his body. The injury appears very serious but the episode ends on an inconclusive note without clarifying what really happens to the head captain. Therefore, we turned to Tite Kubo’s manga series for answers. It turns out that Yhwach’s attack was a fatal one and although Yamamoto will try to fight back, he won’t last long and be killed soon.