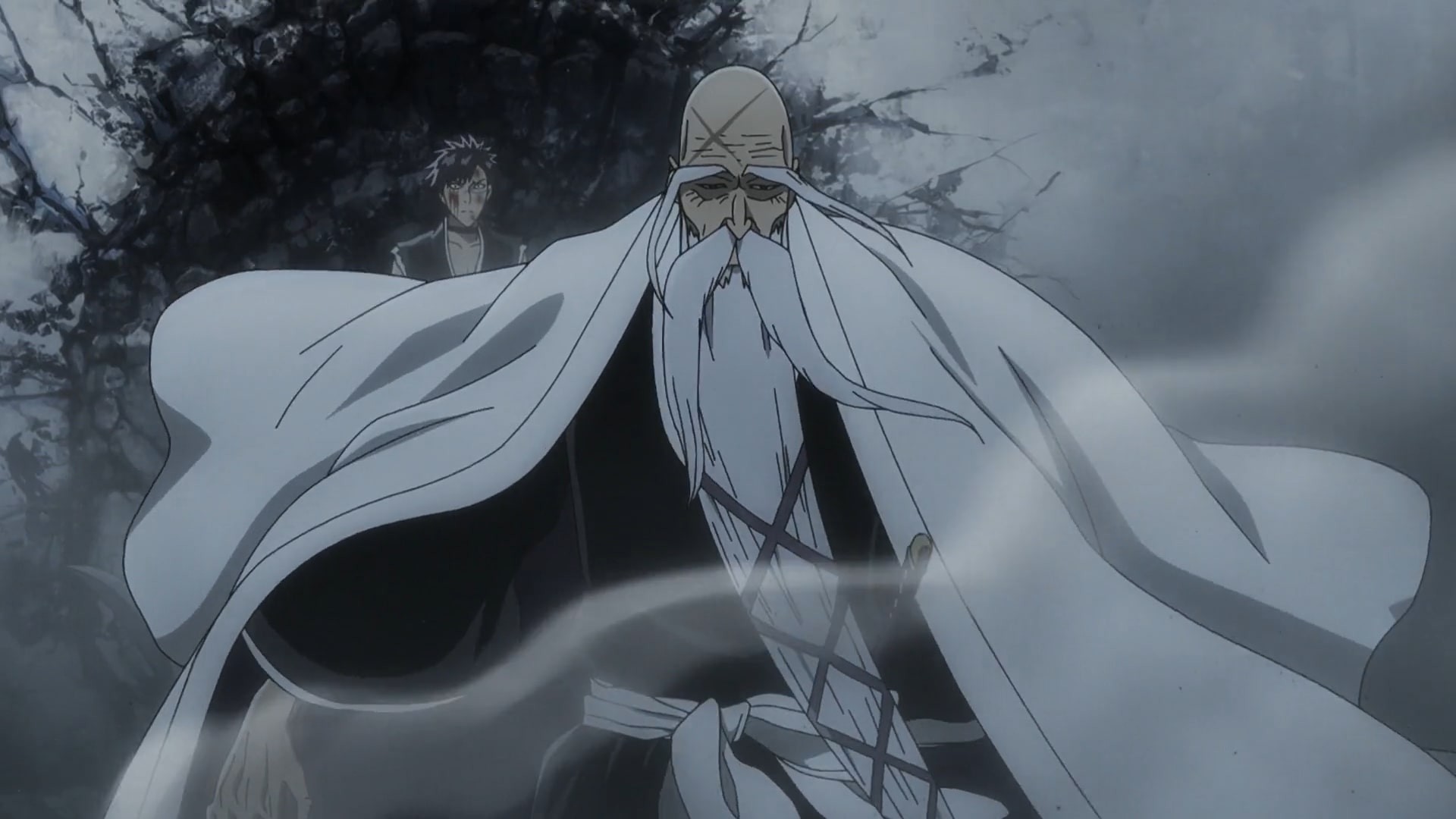 In the fifth episode of ‘Bleach: Thousand-Year Blood War’ or ‘Bleach: Sennen Kessen-hen’ titled ‘Wrath as a Lightning’ Ichigo continues to try and escape the prison that Quilge has put him in. Meanwhile, the invasion of the Soul Society has been disastrous for the inhabitants as the Sternritters under the command of Yhwach continue to take countless lives. Realizing the seriousness of the issue, the Head Captain decides to join the war to save his people. Here’s everything you need to know about the ending of ‘Bleach: Thousand-Year Blood War’ episode 5. SPOILERS AHEAD!

With Ichigo leaving for the Soul Society, a message is sent to his companions that their friend will be joining the struggle against the Quincies soon. Moments later Akon and his men soon realize that Ichigo’s spiritual presence can’t be traced. To make matters worse, Jidanbo manages to trace their location and attack everyone trying to coordinate with Ichigo for some reason. Kurosaki could hear all the commotion over the phone but naturally cannot manage to do anything to save them. 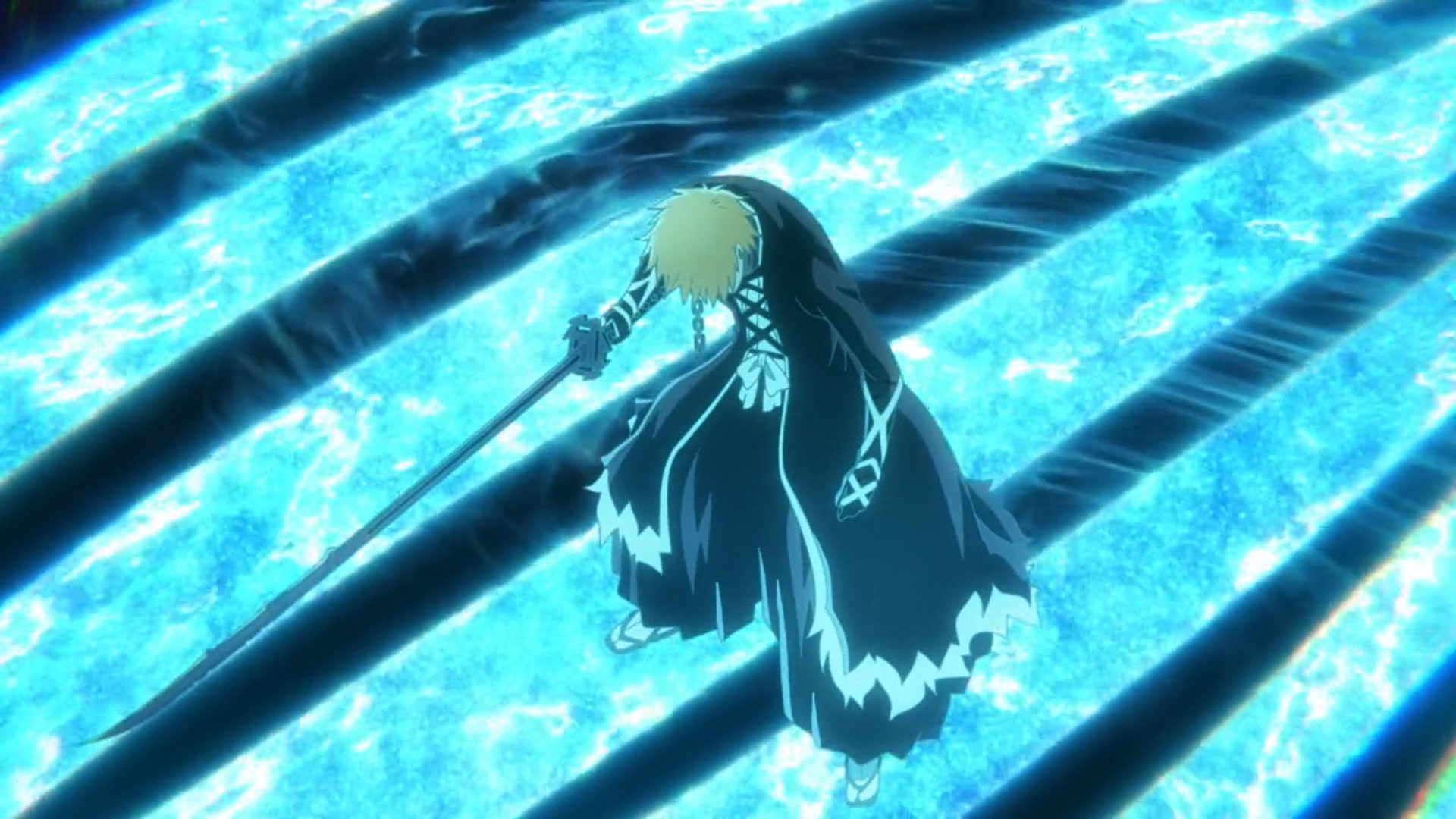 Meanwhile, Quilge is proudly boasting about his powers when he is suddenly cut into two halves by an invisible power that leaves Urahara, Orihime, and Sado in a state of shock. In the Soul Society, Nödt reminds Byakuya of the deep-rooted fear that he has been able to instill in him. He goes on to use Byakuya’s own Bankai on him and seriously injures him in the process. Renji could no longer allow him to fight alone and tries to intervene only to face a similar fate.

When Rukia hears the commotion from their battle, she becomes worried about Byakuya’s well-being and turns her back to the Sternritter she has been fighting all this while. It is naturally a disastrous mistake as she gets attacked and left for dead. Unlike others, Kenpachi Zaraki manages to defeat Sternritter Q, R, and Y. He confronts Yhwach and his minion with their bodies and fearlessly attacks the Son of the Soul King.

A long-time ago, the founder of the Genryu style/Genji-juku grandmaster Shigekuni Yamamoto was approached by a young man named Choujirou Sasakibe. Back then the captain of the 1st Division was often referred to as Eijisai because of the big scar on his forehead which was somehow shaped accurately like the Japanese character Ei. Although he hated it, the name Eijisai became even more widely known as he distinguished himself in battle. Sasakibe also used the same name as many others and used to spend time near Yamamoto as much as possible even though he was not even his student. 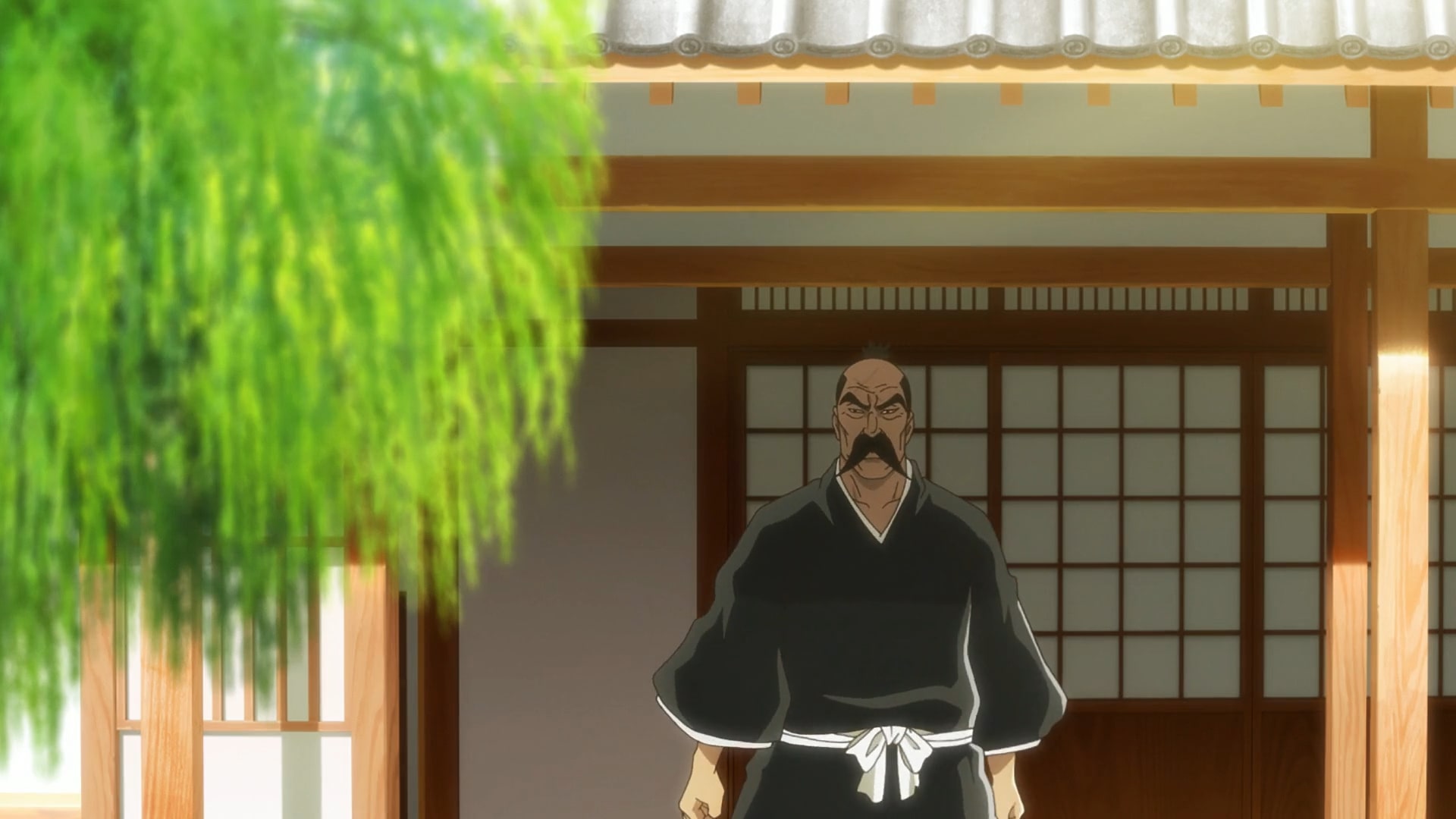 When Yamamoto inquired about this, Sasakibe explained that he really wanted to be his right-hand man. At this moment Yamamoto felt that this was even more of a reason for the young man to become his student. If he rises through the ranks and becomes a master then he would automatically become Yamamoto’s right hand. Interestingly, Sasakibe disagreed and had a contrasting perspective on the issue. He argued that a right-hand man should be someone who can compensate for the things that the founder of the Genryu style can himself not handle. But if he were to become a student then he would just be copying Yamamoto’s style and will bring nothing original to the table.

However, over time the two have had many confrontations and discussions on the same issue. Following Yamamoto’s previous advice, Sasakibe disappeared for almost a month and after a lot of hard work managed to acquire his own Bankai before meeting him this time. When the captain of the 1st Division learns about this, he asks Sasakibe to use the Bankai to defeat him. As they go to an isolated location, the young Choujirou revealed his Koukou Gonryou Rikyu and attacked Yamamoto. Interestingly, he failed to do any significant damage but left a permanent scar on Yamamoto’s head which resembled the Japanese character Ju. People started calling Yamamoto Jujisai from then on except for Choujirou who still referred to him as Eijisai. 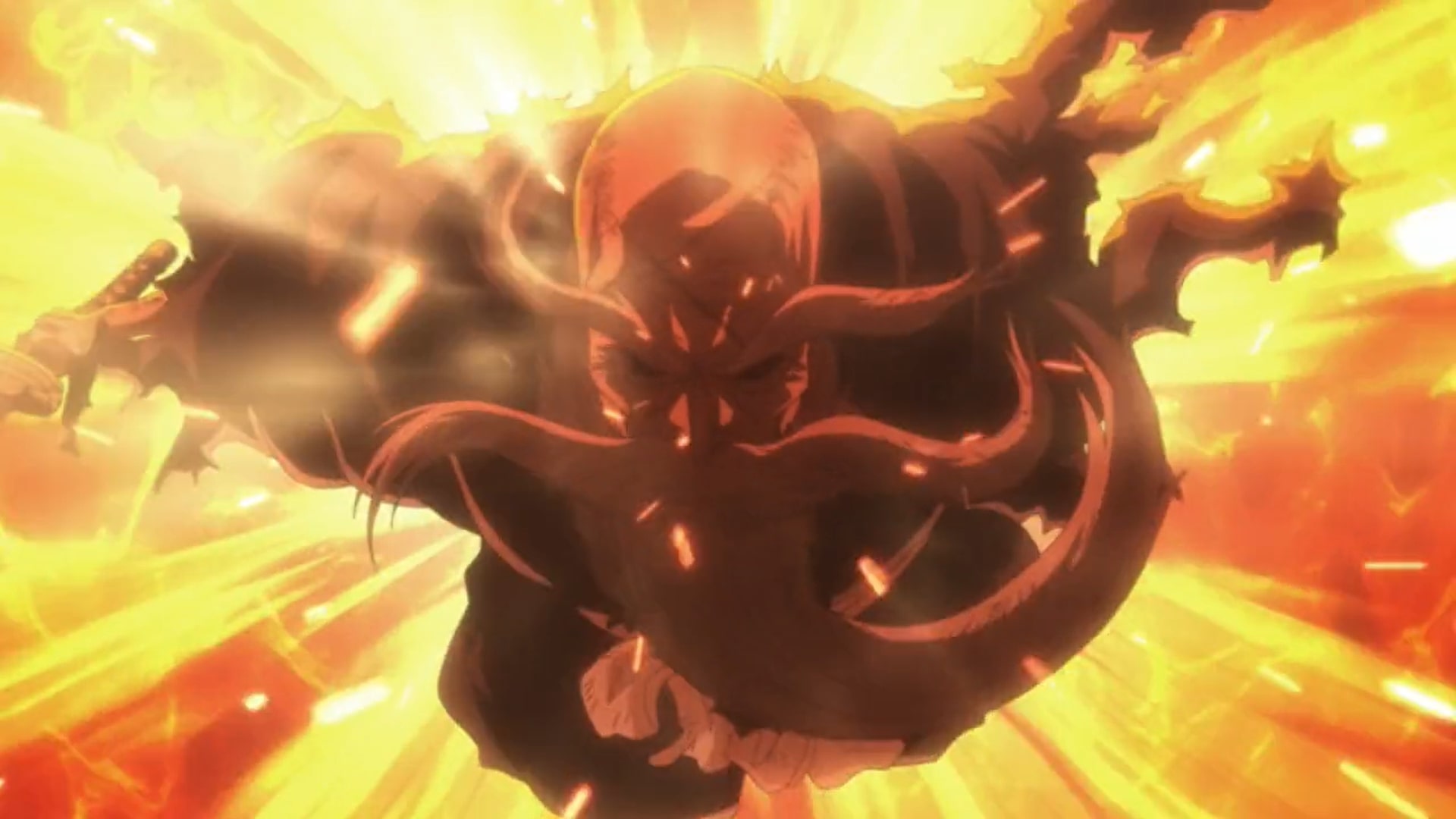 After the Bankai failed to defeat Yamamoto, Choujirou promised to spend the rest of his life honing Koukou Gonryou Rikyu so that it can be of some use to the captain of the 1st Division one day. Decades of hard work eventually paid off as Sasakibe slowly became a household name in the Soul Society. Interestingly, Shigekuni took on the name Genryusai for Chourjirou’s sake and the young Sasakibe eventually became his right-hand man with dedication and sheer willpower.

Who Killed Sasakibe? Is Driscoll Berci AKA the Sternritter O – “The Overkill” Dead?

Sternritter O – “The Overkill” has unleashed death and destruction in the Squad 9 barracks as the lieutenants were of no challenge to him and he easily destroyed anyone who crossed his path. The co-lieutenant Shuhei Hisagi of the 9th Division knew that there was no way he could possibly stop the menace and was already seriously injured. As the Overkill walks towards Hisagi presumably to take his life, he boasts about killing a hundred people in the invasion of the Soul Society so far. 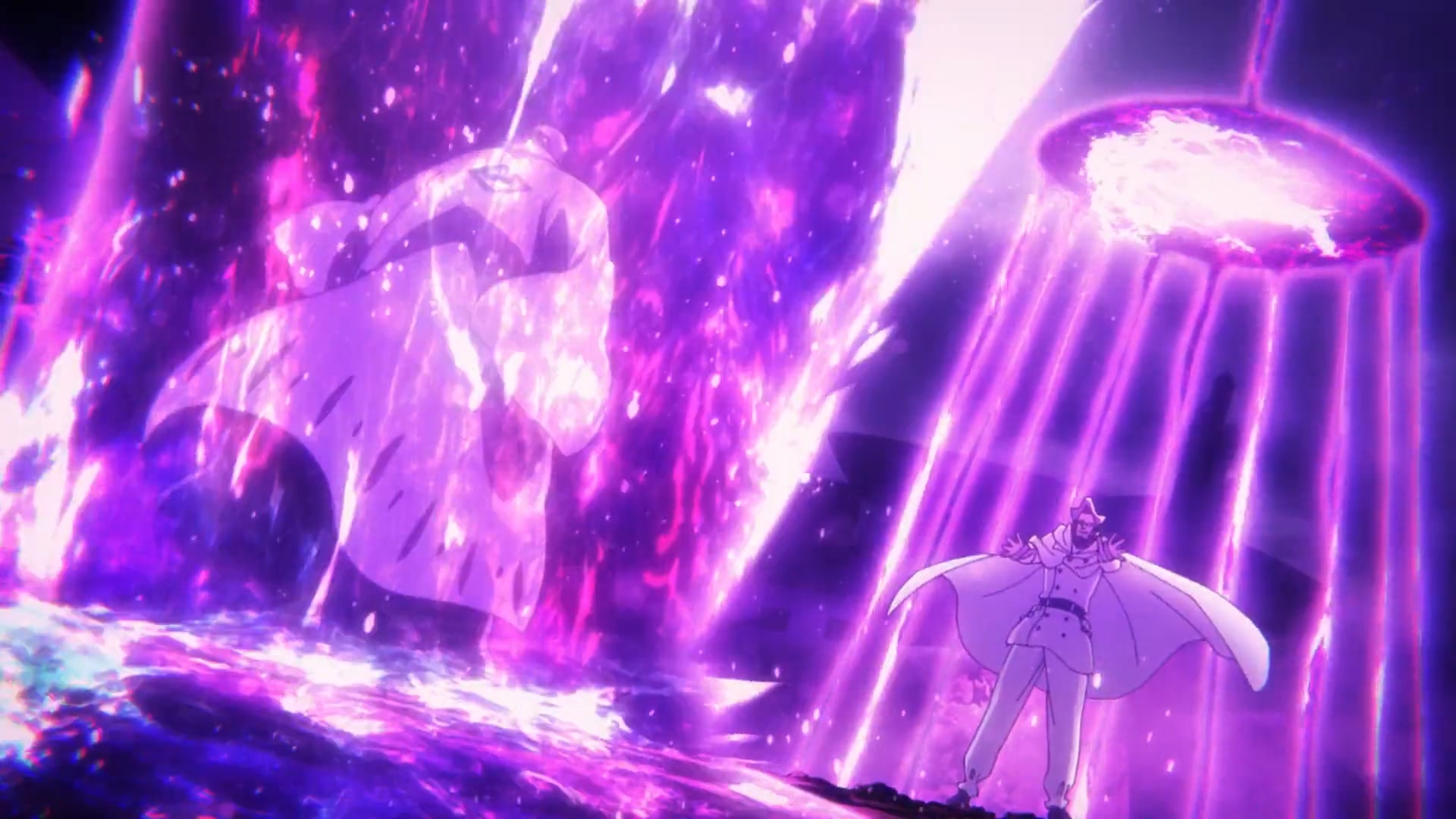 However, he then goes on to reveal another shocking fact that it was he who actually took Choujirou Sasakibe’s life some days earlier. He then proceeds to try and attack Hisagi exactly like he killed Sasakibe, but suddenly the Head Captain Genryusai Yamamoto intervenes and saves him. The Overkill feels excited to see Genryusai on the battlefield hoping to kill him too so that he can later boast about it. It turns out that he has stolen Sasakibe’s Bankai Koukou Gonryou Rikyu and chooses to use it now.

Meanwhile, Genryusai is calm and remains unmoved. When Koukou Gonryou Rikyu finally hit him, the Head Captain is barely injured and casually proceeds to lunge toward the Overkill. He tells the Sternritter that Sasakibe’s Bankai was not this weak and manages to kill him within a few seconds. He then vows to kill every single one of the Sternritter with his own hand and announces his decision to join the war.