Blown Away Season 3: Where Are They Now? 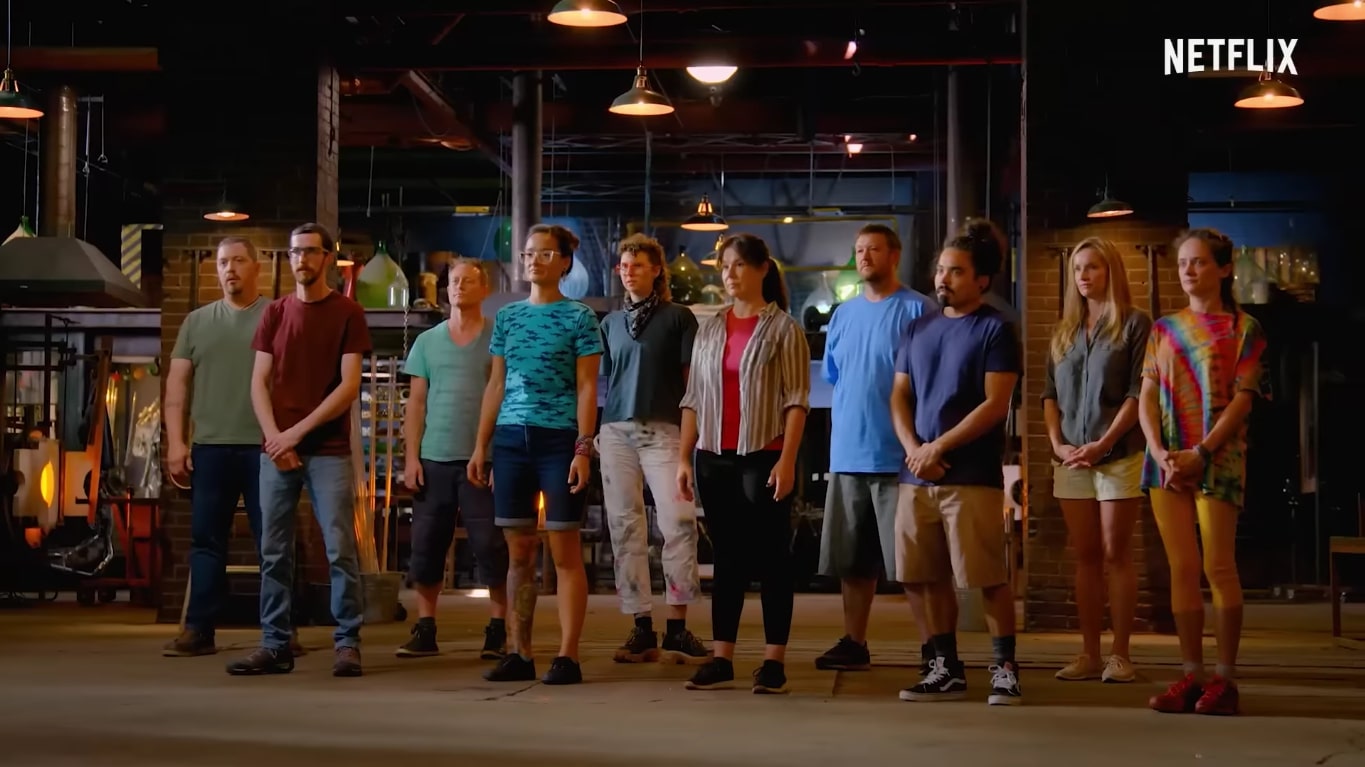 As a competition series that essentially explores the reality of the incredibly creative as well as the teamwork-driven art form of glassblowing, Netflix’s ‘Blown Away’ is simply perfectly gripping. That’s because it follows ten skilled designers as they create intricate, delicate glass sculptures for a shot at not just a prize package worth $60,000 but also a lifetime of bragging rights. So now that season 3 of this inspiring production has made its way to our screens, let’s find out precisely what every single one of its talented contestants is up to these days, shall we?

Where is Claire Kelly Now?

Since both paper and glass serve as the canvases for Claire Kelly’s whimsical, environmentally driven pieces, it goes without saying that she’s an artist in every sense of the term. She has professional training as a BFA graduate (1996) and has even taught in several craft schools, yet the most impressive aspect is the fact she currently boasts 25+ years of experience. Coming to just the New Yorker’s artworks, you can purchase some of them through her website at the moment or find them on display at Duncan McClellan Glass, Schantz Galleries, The Corning Museum of Glass, and Habatat Galleries, among a few other spots.

Where is Rob Stern Now?

With more than 35 years of experience under his belt and his unique style of blending human with natural facets, Rob Stern is genuinely one of the most renowned names in the industry as of writing. It is thus no surprise that Washington’s Pilchuck Glass School asked him to return for his 32nd summer at the institution this year to teach/demonstrate his versatility to an entirely new class. We should mention the Miami-based explorer even continues to collaborate, create original pieces, and work on commissions through his studio, Rob Stern Art Glass, which he founded in 2003.

Where is Maddy Hughes Now?

Maddy Hughes initially stepped into the world of art through classical ballet, circus, and stage performances, but it was while she was pursuing her diploma that she fell in love with hot glass. Therefore, she has since been pushing herself to master different blowing techniques because the one thing she desires above all else in life is to be a successful, visionary designer. The British native is hence a hard worker who seemingly serves as an independent artist/gaffer right now, allowing her to focus wholly on pieces inspired by her personal experiences. A selection of her work is presently on display for sale at Red House Glass Cone and the Glass Museum in Stourbridge.

Where is Brenna Baker Now?

Having established Hollywood Hot Glass around One Young Circle in the wondrous city of Hollywood in Florida, Brenna Baker Brown continues to serve as its founder as well as lead artist. This business is her pride and joy, especially as she has managed to ensure that it can offer private or intensive courses, live demos, the Your Designs Made by Us program, and the Cremation Creations memorial program as well. You can currently buy the mother of two’s (Arabelle and Baker Brown) compositions or request different commissions from her through the hot shop/gallery’s website.

Where is Grace Whiteside Now?

Grace Whiteside is not only a glass artist who launched the independent creative company appropriately called Sticky Glass around 2020, but they are also an active performance artist. The Brooklyn-based individual thus specializes in multi-functional, performative, and collaborative glasswork by making use of bright colors, the material’s fluidity, and their personal, humorous style. You can purchase their glassware from their business’ website, yet we must mention that Grace is intent on sticking to a smaller scale since they don’t want to lose their personal touch. Sustainability, as well as donating 10% of their sales to a new charity every month, are aspects they believe in as well.

Where is Trenton Quiocho Now?

Trenton Quiocho is a glass-based inspirer through and through; he’s passionate about his craft, is dedicated to the concept of youth development through art, and even serves as a lecturer. The Filipino-American lifelong Tacoma resident actually began his explorations in the industry as a young student in 2005, suggesting his past has played a crucial role in shaping his present. Therefore, it seems like the former Hilltop Artists pupil has come full circle by now being a full-time production and hot shop manager/instructor for the non-profit institution. Trenton is also the brains behind Baso Glass, a culturally-informed, functional glassware brand.

Where is Dan Friday Now?

Dan Friday is a member of the Lummi Nation tribe, which means a majority of his artwork is heavily inspired by his Indigenous heritage while still sticking to modern techniques for relevancy. That’s how he has managed to get several of his pieces included in collections across the globe and thrive as an independent artist, freelance collaborative glassblower, as well as a proprietor. We mention proprietor because the proud Seattle-based family man also owns/operates the Friday Glass hot shop, gallery, and studio in the historic Fremont district of the city.

Where is John Sharvin Now?

John Sharvin wasn’t kidding when he stated he entered ‘Blown Away’ as a studio technician but left a designer since he has actually been achieving wonders in the creative side recently. He still holds the position of a full-time Studio Technician Manager at the Pittsburgh Glass Center in Pennsylvania, yet his original pieces are also often being placed on display there. You can even purchase some of his works through his website at the moment, whether it be ornaments, barware, or unique compositions stemming from his imaginatively realistic style.

Where is Minhi England Now?

From what we can tell, although the loss of her life partner Jesse still hangs over her head like a dark cloud, Minhi Su England is gradually turning her pain into a drive to be/do better. After all, not only does she continue to work as a production manager at Artful Ashes and as an instructor at Pratt Fine Arts Center, but she’s also planning to expand her brand by launching a website soon. Furthermore, the Seatle, Washington resident is the co-founder of Liquid Lush Studio, a business she established with a fellow glassblower and close friend Bri Chesler.

Where is John Moran Now?

Originally from Philadelphia, it appears as if John Moran currently splits his time between the cities of Gent in Belgium and Wrocław in Poland, with the former being his primary base. That’s because his public studio is Gent Glass (co-founded in 2015), whereas he’s apparently a Ph.D. candidate at Poland’s renowned Eugeniusz Geppert Academy of Art and Design. We should mention John is nicknamed Sleepy, yet his personal or professional experiences are anything but, especially considering the fact his business is “a fully functioning glass studio with an attached bar” that he’s largely responsible for.