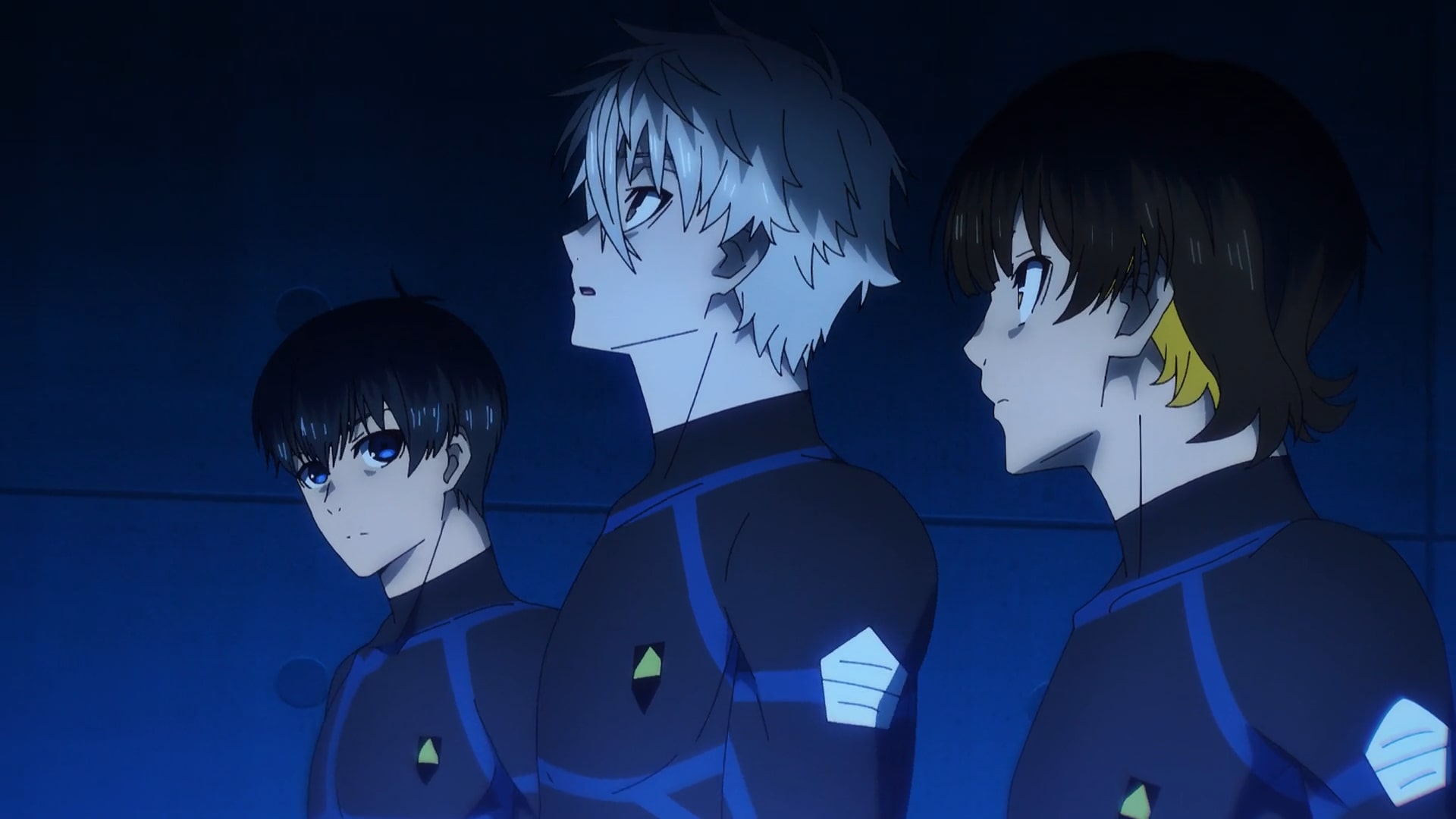 In the twelfth episode of ‘Blue Lock’ titled ‘The Second Selection,’ Isagi manages to score 100 goals in 90 minutes in the first round of the second selection to move to the next round. Once he meets others who have qualified too, Isagi learns that he will have to make a 3-member team to stand a chance to pass the second selection. Here’s everything you need to know about the ending of ‘Blue Lock’ episode 12. SPOILERS AHEAD!

In the second selection, the first round is an individual challenge that pushes the players’ ability to score goals. An artificial intelligence hologram goalkeeper designed specifically to provide training challenges to the strikers to score a goal. Isagi learns quickly as he reads the movements of the intelligent goalkeeper, but scoring 100 goals in 90 minutes is still a challenge. To make scoring goals harder, the walls are designed to launch the ball near or in the penalty area at an awkward pace and spin. 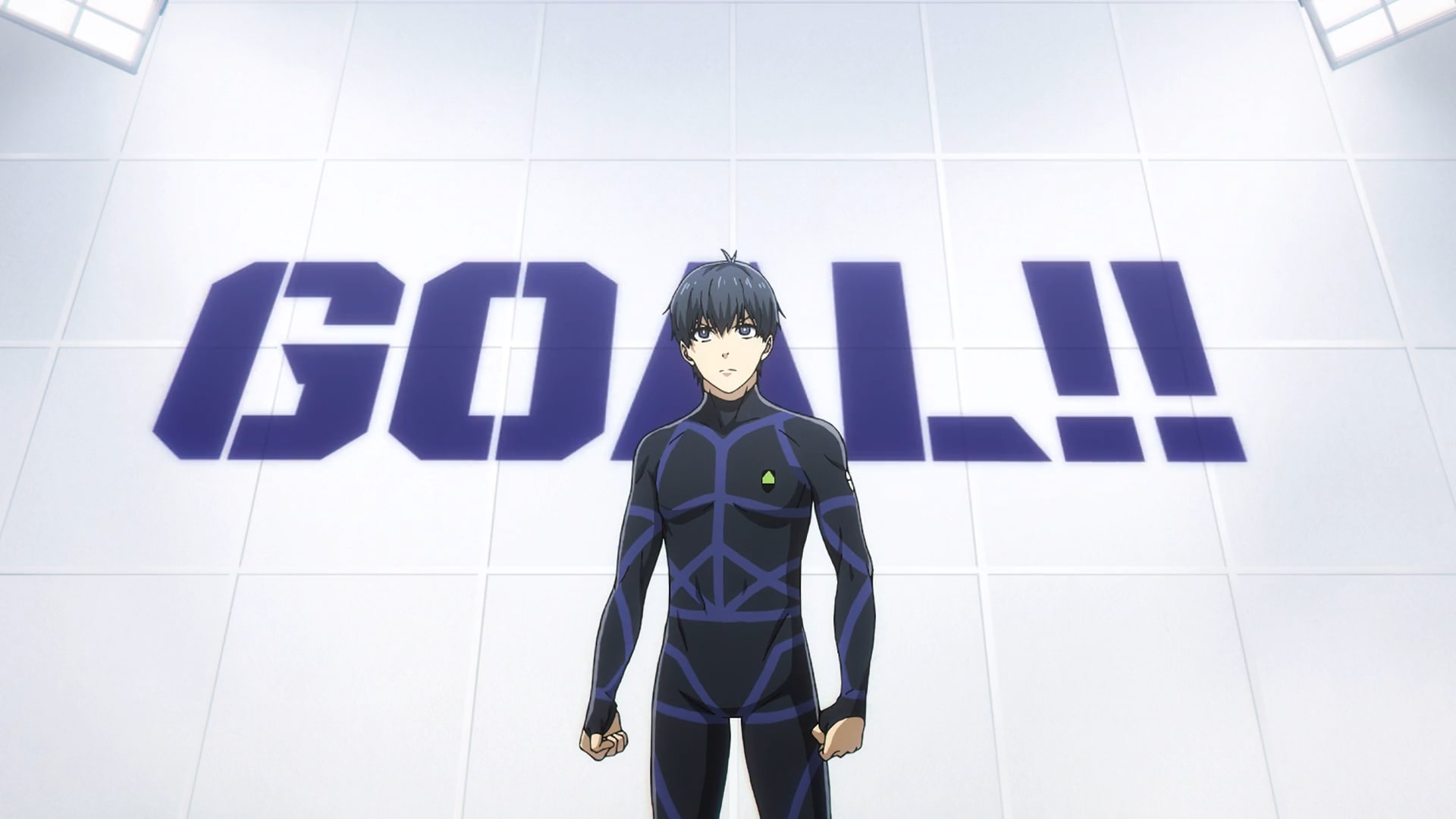 Isagi gets better as the scoring becomes more difficult with time. Soon he is able to adapt his game to the point, that scoring is not much of a challenge for the striker. The first round is designed to make sure that players who managed to pass the first selection are tested rigorously and those who don’t deserve to be at Blue Lock are eliminated immediately.

Blue Lock Episode 12 Ending: Who Does Isagi Team Up With in Second Selection?

After clearing the first round of the second selection by scoring 100 goals in 90 minutes, Isagi arrives in a room full of players who have also passed the test. He learns that he needs to pick two more players to form a three-member team. Isagi notices that Reo and Nagi are already there too and waits patiently for someone from team Z to finally show up. Luckily, Bachira reaches there soon and the two immediately decide to team up. 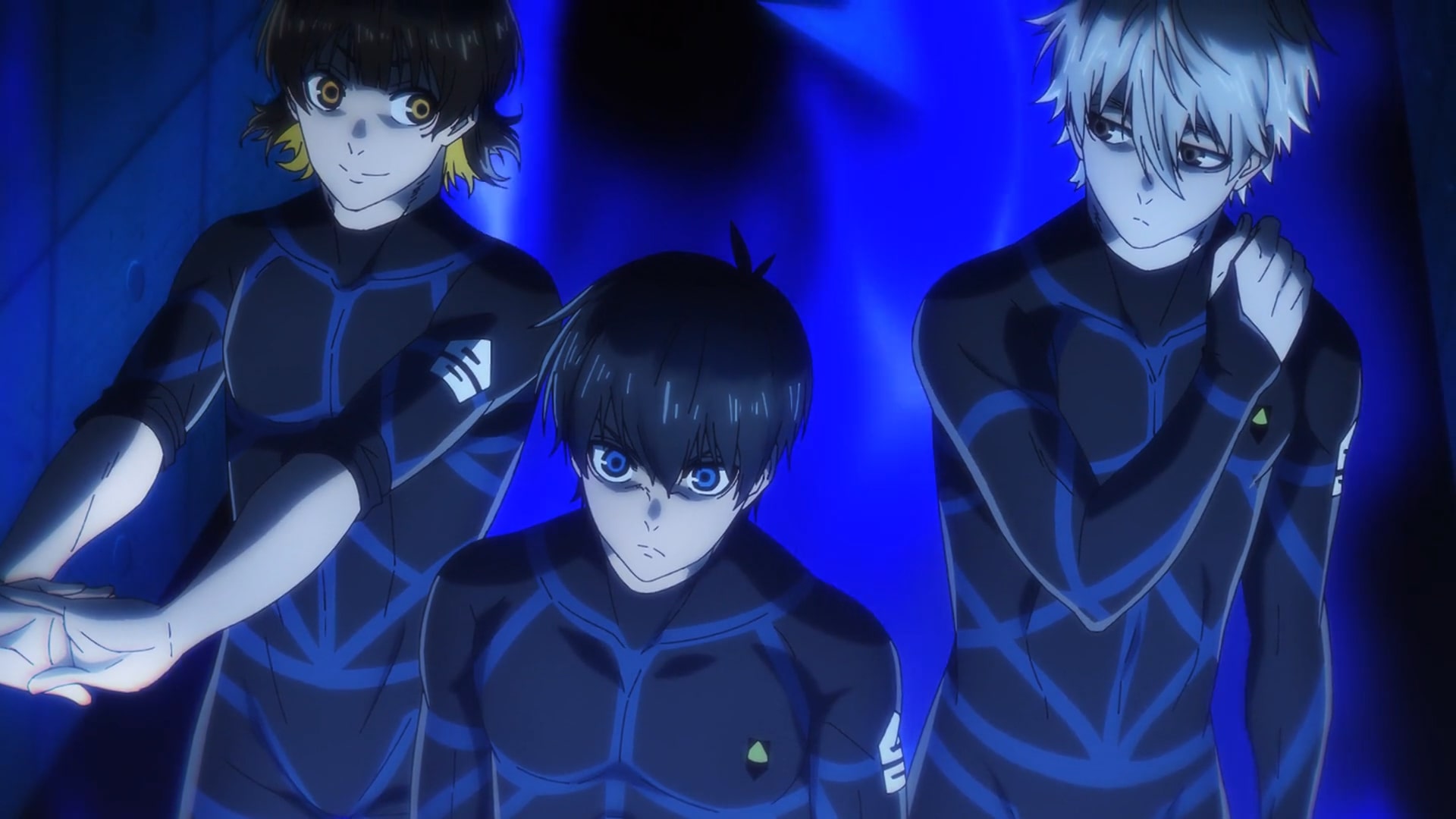 For the third member, Isagi feels that it would be best if he can get either Kunigami or Chigiri, but things turn out very differently from what he has imagined. Nagi reaches out to Isagi and asks him to join his team. But Isagi is determined not to leave Bachira, so Nagi offers to join the duo instead. This shocks Reo who does not seem to like the idea at all. After thinking for a while, Isagi allows Nagi to join him and Bachira.

What Are the Rules of Second Selection? How Does One Pass It?

After they have selected their team, Isagi, Bachira, and Nagi move to the next room where they find another team already waiting for instructions. Interestingly, this team comprises Rin Itoshi, Jyubei Aryu, and Aoshi Tokimitsu, who are ranked 1, 2, and 3 after the latest update. After the arrival of Isagi’s team, Jinpachi Ego addresses the six players to explain the qualification scenario. 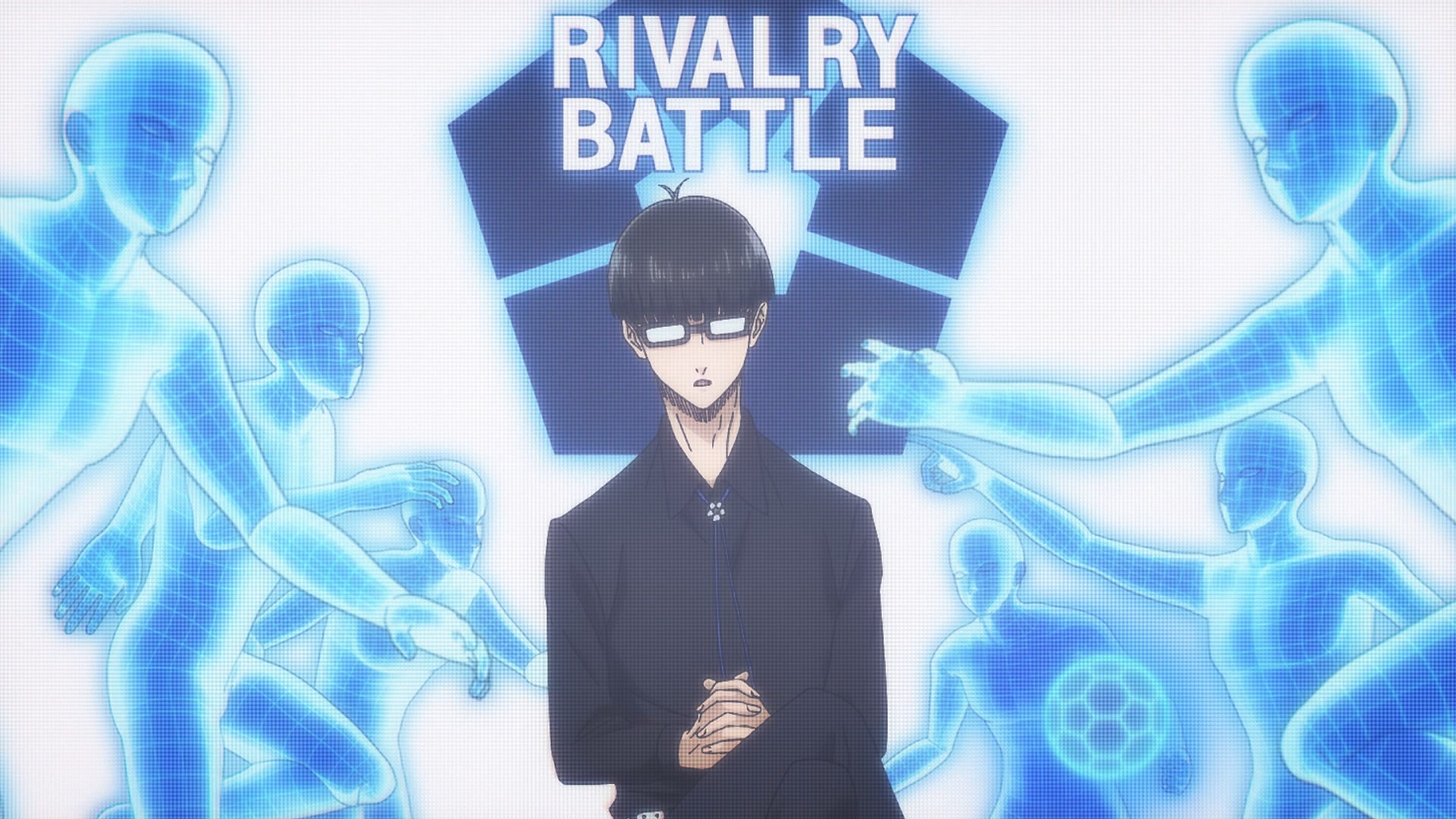 He reveals that the 3-men teams will play against each other with the artificial intelligence hologram goalkeeper defending the goals for both teams. The team that wins can pick one member of the losing team, leaving the losers with just two players. Now, this two-man team plays against another two-man team. The winner is again given the chance to pick a player and the one who is not selected this time is eliminated from Blue Lock. Meanwhile, the team that keeps winning and manages to have 5 members passes the second selection.

Who is Rin Itoshi? Why Does Isagi Challenge His Team?

After learning the basic rules, Nagi also gets the clarification from Ego that they do not necessarily have to play against Rin Itoshi’s team and more 3-member groups will be arriving in the room soon. Meanwhile, Jyubei tells Rin Itoshi that they should only play against the team with players ranked 4, 5, and 6. Aoshi seems very concerned and nervous but Jyubei is confident and even mocks Isgai’s team arguing that they are not worthy to be considered an opponent. 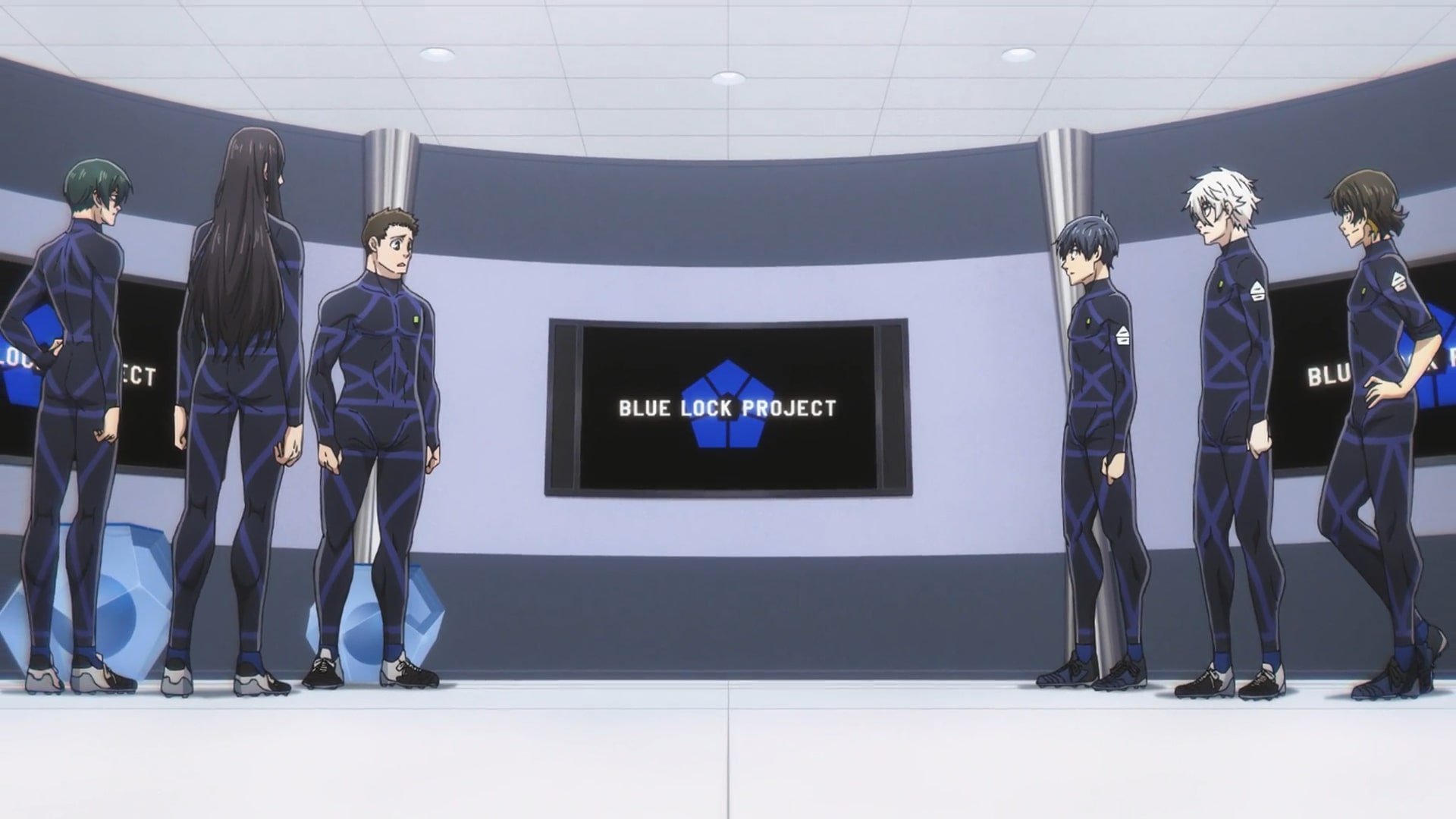 Interestingly, Rin is revealed to be the younger brother of Sae Itoshi, a prodigious footballer who is widely regarded as the best player in Japan. After listening to Jyubei’s demand to play a specific team only, Rin openly expresses his mind and informs his teammate that he does not care who he plays against as long as he wins. He goes on to tell Jyubei and Aoshi that they too are merely stepping stones for him as he wants to get into the under-20s team as soon as possible to prove himself.

Isagi has been closely watching Rin all this time and after apologizing to his teammates, he directly walks up to him and challenges Itoshi’s team for a match. He seemed to have felt bad when he was listening to Rin talk about his selfish motivations. But in the last moments of the episode, Isagi tells his opponents that his decision is actually driven by his ego as he wants to fight the best. Interestingly, Nagi and Bachira are also excited to challenge themselves and do not mind playing against the best team in Blue Lock right now.