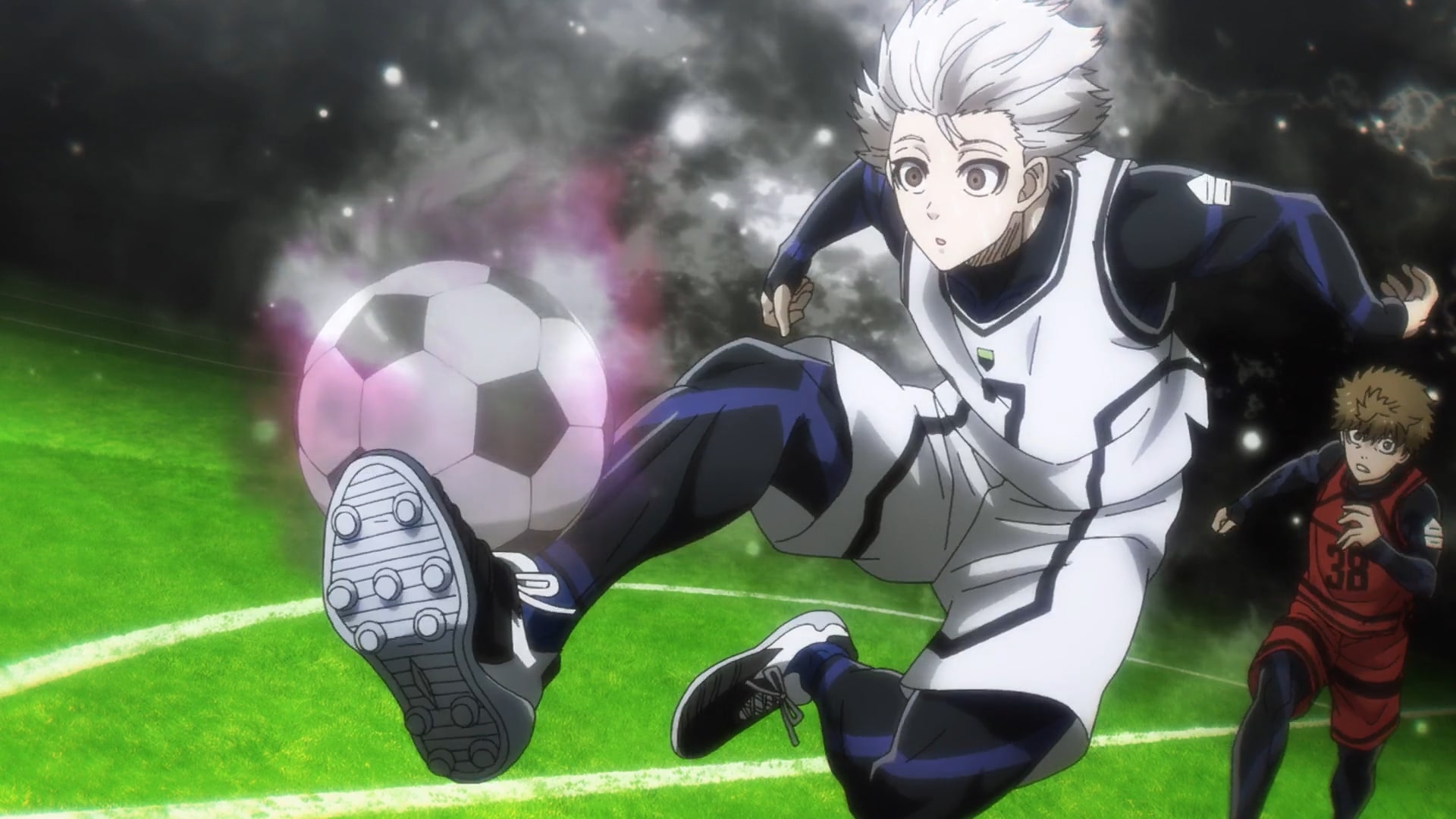 In the fourteenth episode of ‘Blue Lock’ titled ‘The Geniuses and the Average Joes,’ Isagi and Nagi meet Barou and Naruhaya in the waiting room who just came there after losing the 3-on-3 Rivarly Battle match. Since both teams need a strong player to get them through the 3-on-3 round, they mutually decide to play against each other. But in the absence of a playmaker like Bachira and Reo, Isagi and Nagi know that they will struggle to use their weapons on the field, which puts them at a serious disadvantage. Here’s everything you need to know about the ending of ‘Blue Lock’ episode 14. SPOILERS AHEAD!

After being sent to a waiting room following their defeat, Isagi and Nagi are surprised to see Barou enter the room as well. It turns out that his teammates did not perform as well as him, so they ended up losing the game. The other team chose Nishioka instead of Barou or Naruhaya because they were concerned about the team balance. But before meeting the two, Isagi had been feeling very low. He felt that he failed to do anything in the game. 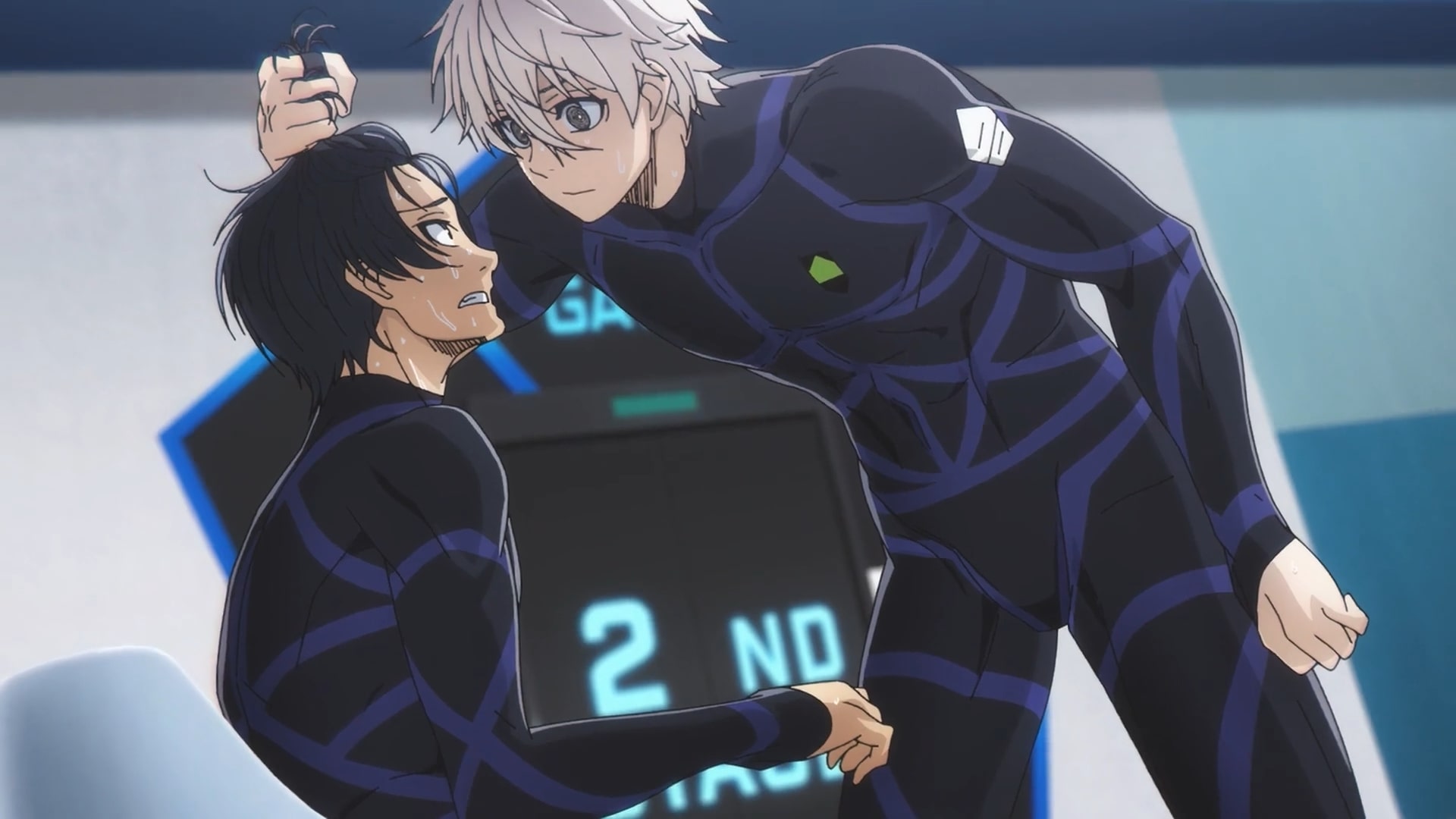 However, Nagi tried to reason that Isagi did score a goal and was not as bad as he is probably making himself out to be in his head. When he continued to think negatively, Nagi went as far as grabbing him by his hair and telling him that he felt he was the one who will lead him to victory. Nagi even left Reo for Isagi, so he wants him to show more faith in himself which is understandable.

After looking at the current situation and the challenges, it becomes evident to both Naruhaya and Isagi’s teams that they need a strong player to clear the 3-on-3 Rivalry Battle round. Therefore, they decide to play against each other as the winner stands to gain either Nagi or Barou. When the game is later played, Barou immediately scores the first goal and sends a strong message to Isagi and Nagi. 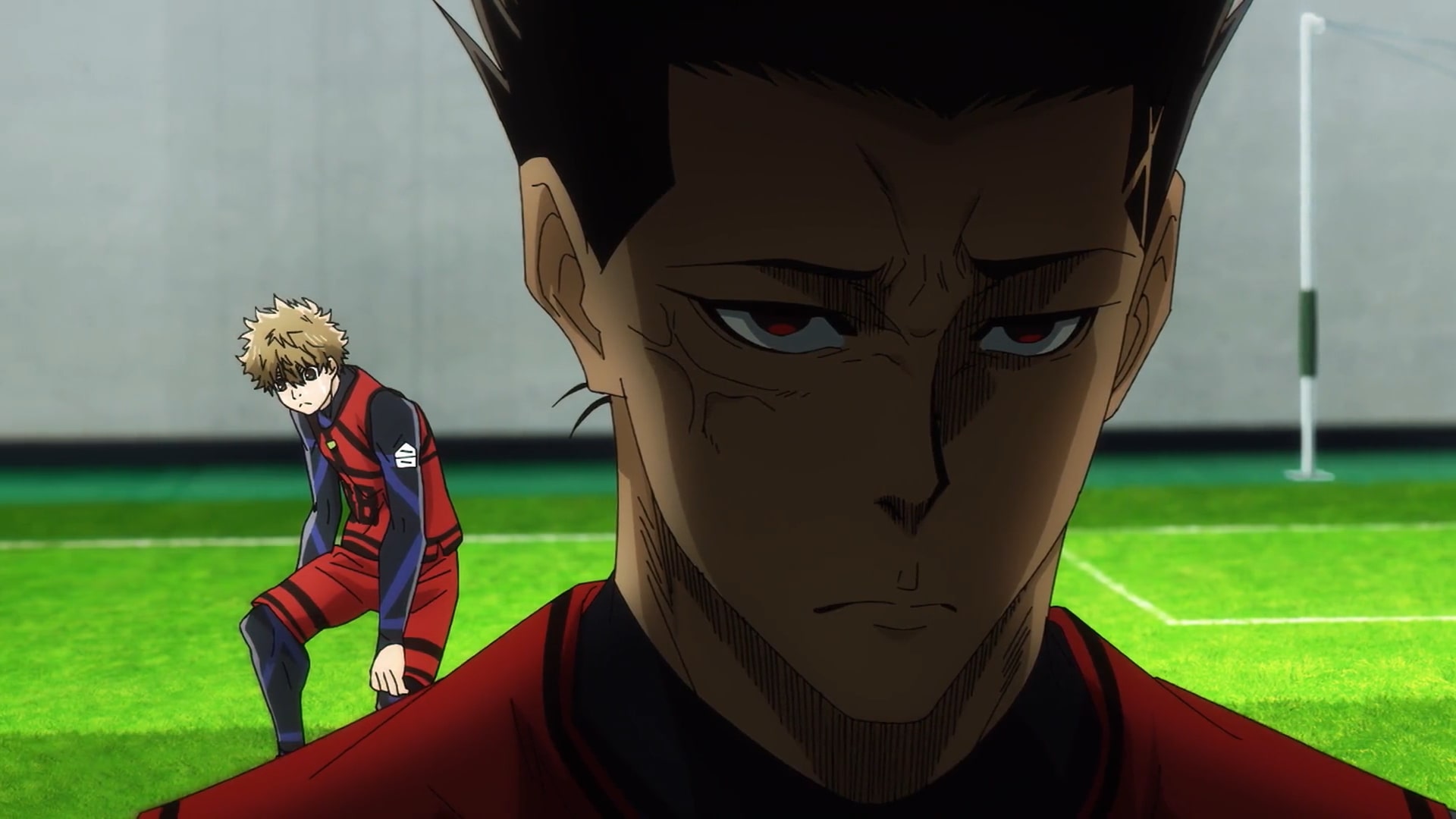 Both of them feel that he is almost impossible to stop at this point. When the game commences again with Isagi in possession of the ball, he gives a pass to an empty zone on the pitch. Nagi knows that Barou can’t stop him while chasing and using his superior ball control he manages to score a beautiful goal equaling the score. A few minutes later, he scores another amazing goal, giving his team a one-goal lead.

Blue Lock Episode 14 Ending: How Can Isagi and Nagi Defeat Barou and Naruhaya?

Once team white has gained a one-goal lead over team red, Isagi is still thinking about the game to ensure that they end up as the winning side eventually. Now that Barou and Nagi have demonstrated that they are almost equal as goalscorers, he feels very strongly that the key to victory now lies with him and Naruhaya. According to Isagi, the two of them can make a significant difference considering their teammates are on par with each other. So the fate of team White vs team Red lies in how Isagi and Naruhaya are going to play from now on.

Why Did Naruhaya and Barou Choose to Play Against Isagi and Nagi?

With his team one goal behind already, Naruhaya asks Isagi why he thinks they decided to play against his team. Isagi naturally feels that they wanted Nagi, who is probably the best striker in Blue Lock. While Naruhaya agrees that this was one of the key reasons, he goes on to elaborate that they eventually went ahead with their decision as they strongly believe that they can single out Isagi and beat him. When Isagi hears this, he is shell-shocked and is unable to say anything back. 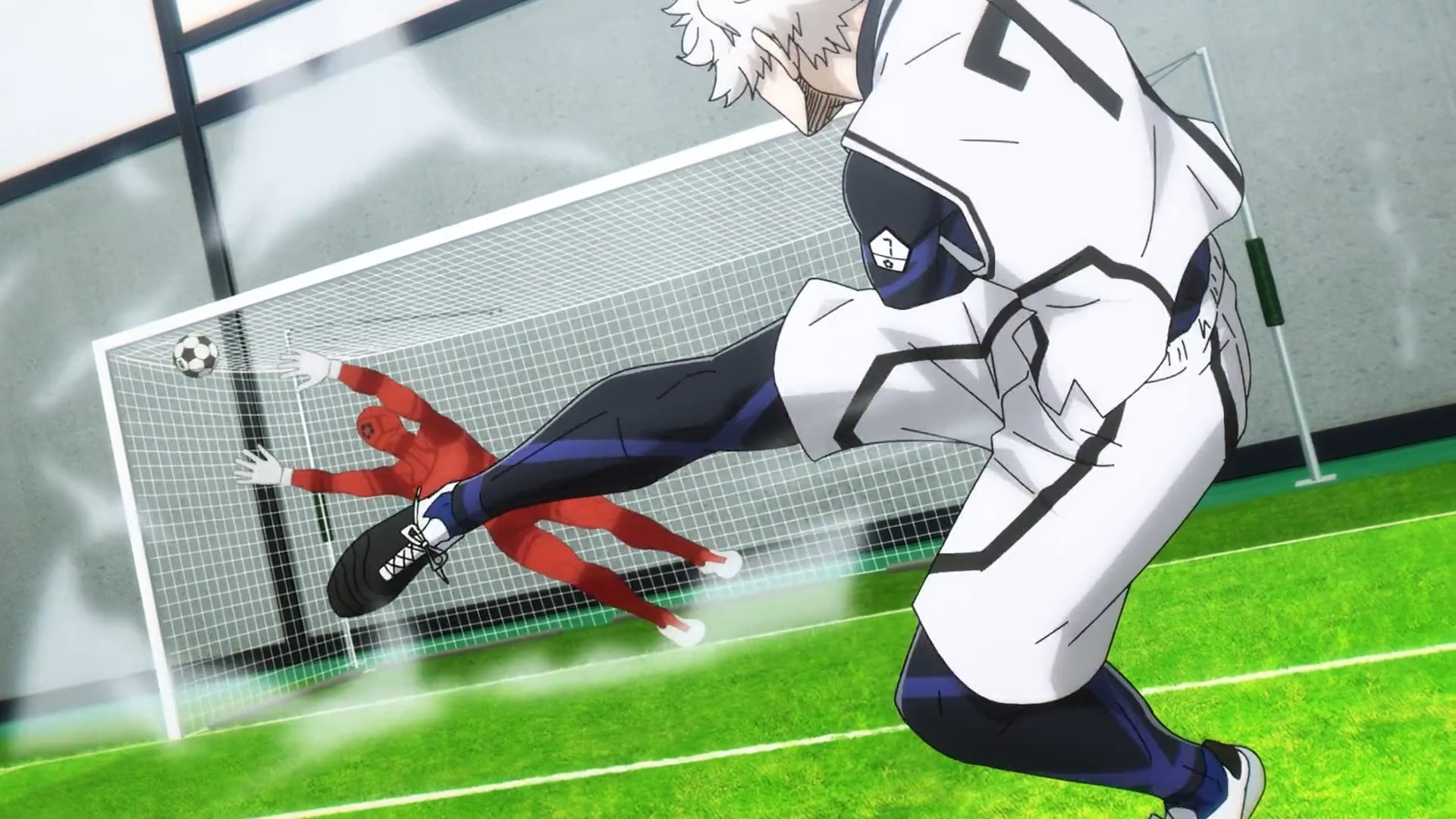 Naruhaya then explains further that being with him at Team Z helped him gain some critical insights. While he obviously learned about Isagi’s strengths, his limitations also became quite clear to him. Both Naruhaya and Barou now know that he cannot do much without someone like Bachira who is more of a playmaker and relies heavily on his dribbling skills to create scoring opportunities for Isagi. Interestingly, the day before the game, Isagi and Nagi had been discussing the same thing so they both know that Naruhaya is not wrong.

The only way Isagi could have surprised Naruhaya and Barou is by evolving a new technique or perspective of the game but that has certainly not happened so far. Nagi, on the other hand, has already found a way to outplay Barou using his insane ball control skill, but Isagi can’t say the same. Learning that the technique developed by his opponents is so well-thought, Isagi is left dumbfounded. 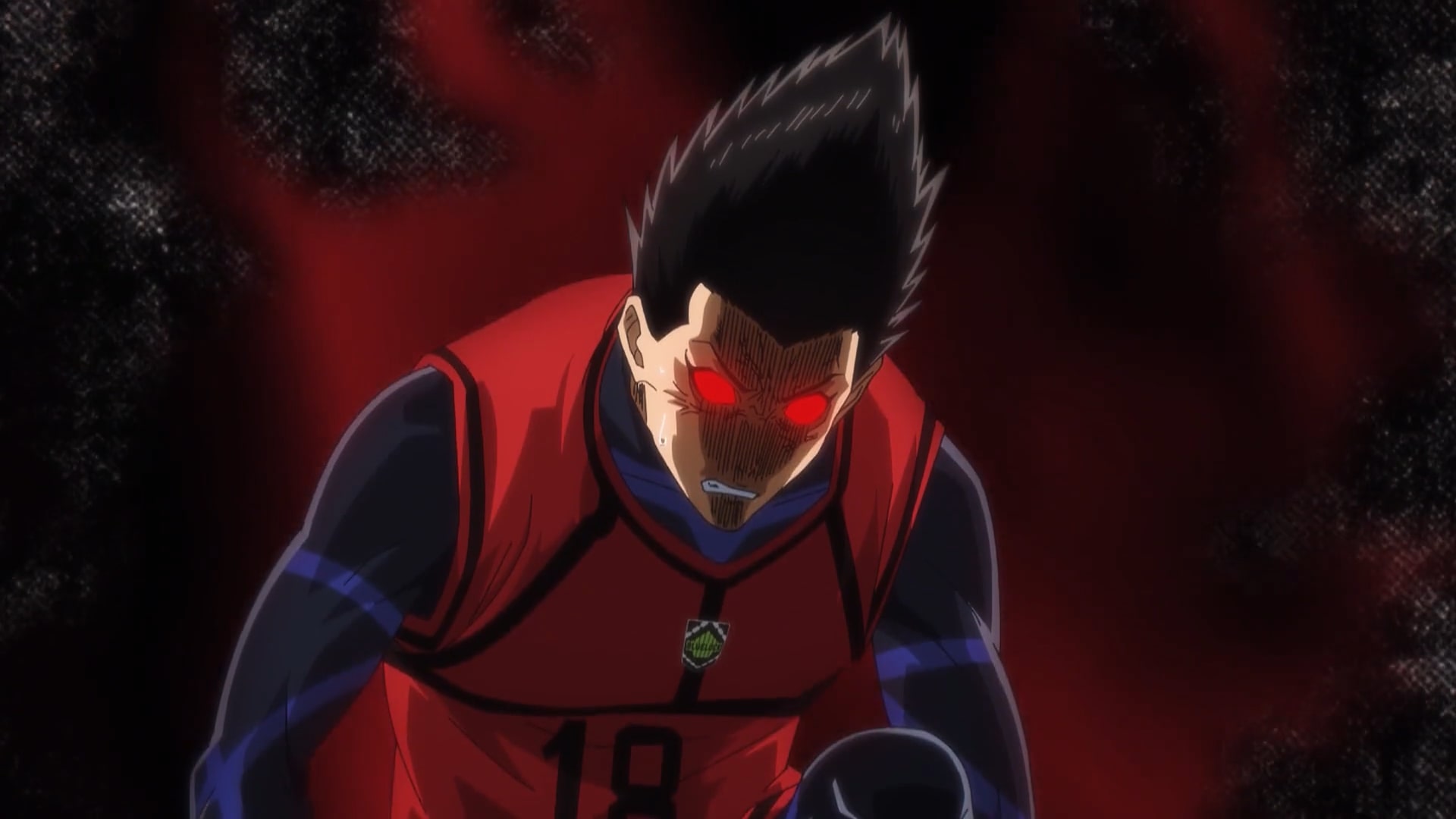 His next pass is a bad one which gives Barou the opportunity to take the ball. When he passes the ball to Naruhaya, he does not expect what will happen as he thought that his teammate will pass the ball back to him. However, Naruhaya takes the ball and turns towards the goal confident that the can score the goal on his own. Meanwhile, Isagi is completely clueless on the field and has no idea how to stop his opponents.