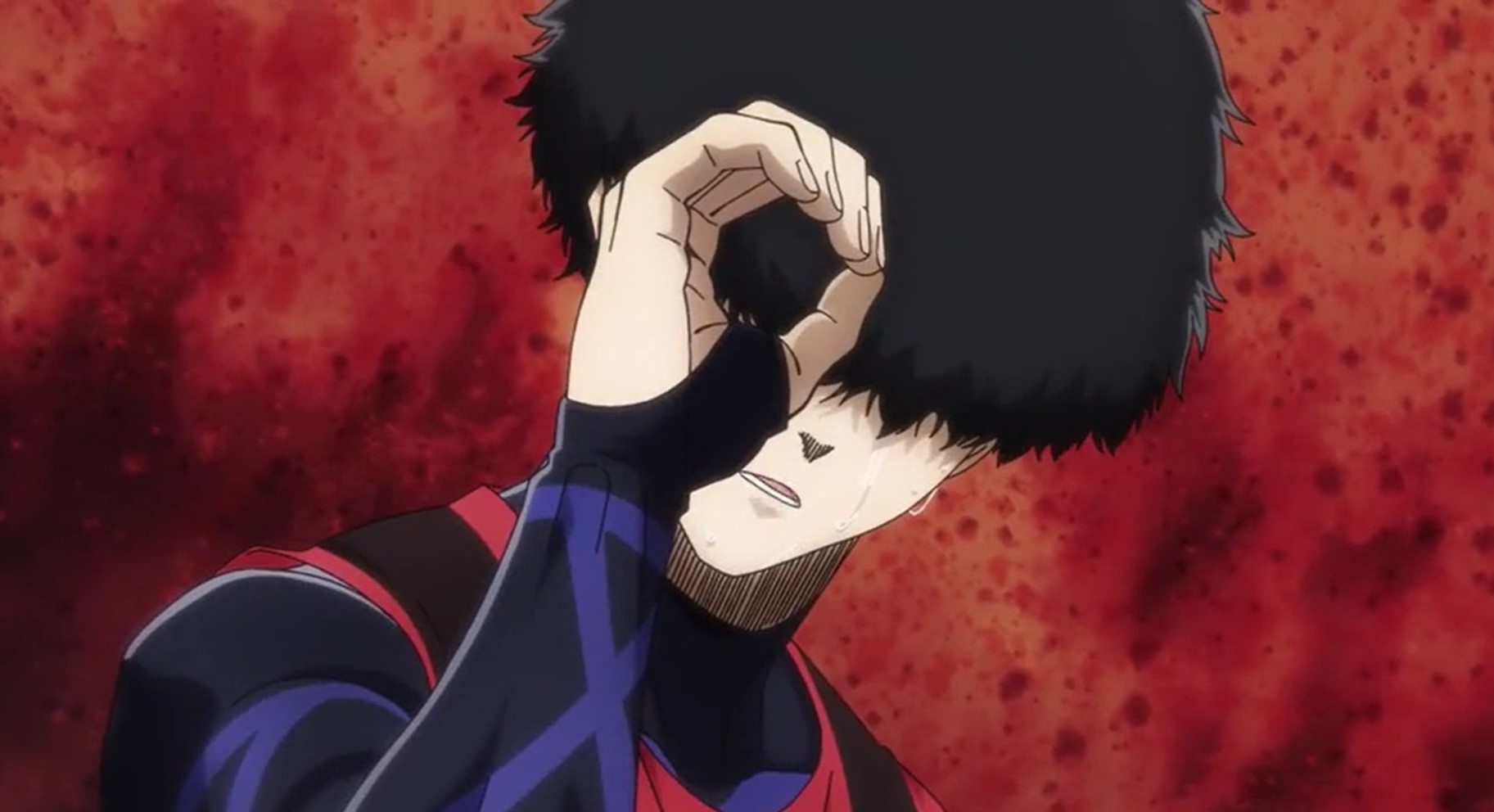 In the fourth episode of ‘Blue Lock’ titled ‘Premonition and Intuition,’ Isagi and his dormmates sit together to analyze their strengths in order to prepare themselves for their must-win upcoming game with team Y. When the match is eventually played, team Z struggles to find a loophole in their opponents’ defense while they themselves are overwhelmed by the counterattack on them. Here’s everything you need to know about the ending of ‘Blue Lock’ episode 4. SPOILERS AHEAD!

After their embarrassing defeat from team X, Isagi and his teammates now understand the importance of playing for each other instead of their own selfish motives. Before their next game is played, they organize a meeting in which all the members of the team open up about their strengths so that a strategy can be formed depending on that. Isagi realizes that he could not think of anything specific while his dormmates are all very clear about their unique abilities. Later that evening, Isagi sits alone in the cafeteria contemplating his first week at the Blue Lock facility when Kunigami comes to talk to him. 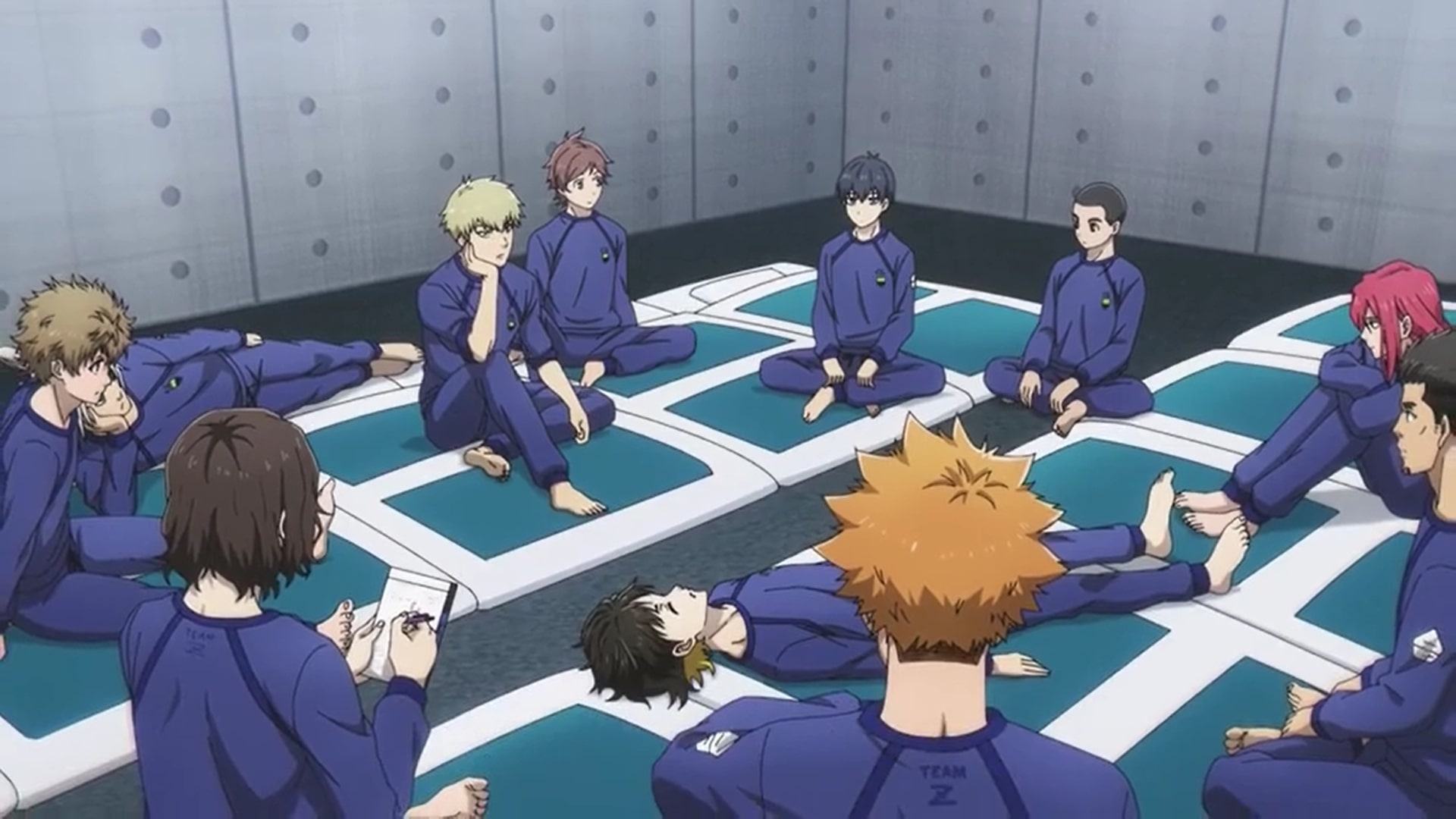 Kunigami thanks him for the pass in the previous match and inquires why he chose him when the other player was more open. Isagi has not put too much thought into it before but argues that he probably understood his free-kick power thanks to the tag game, which gave him the confidence to give the ball to him. That’s when Kunigami realizes that Isagi’s ability to make quick decisions in the game is his strength. The two teammates then share the dinner together and it is later revealed that they will be playing against team Y in the next game.

Blue Lock Episode 4 Ending: Who is Controlling the Game for Team Y? Does Isagi’s Team Level the Scores?

On match day, team Z kicks off the game with Kunigami passing the ball to Bachira. Since his strength is dribbling, the team has planned to use it to their full advantage by allowing him to play freely so that he can take the ball as far upfield as he can. However, his solo game is only possible to a certain extent and team Y has studied his strengths really well. Therefore, they use two players to kill Bachira’s forward movement while the third one tries to get possession of the ball from him. But Bachira is smart enough to see through this and passes the ball to his teammate before they could outsmart him. 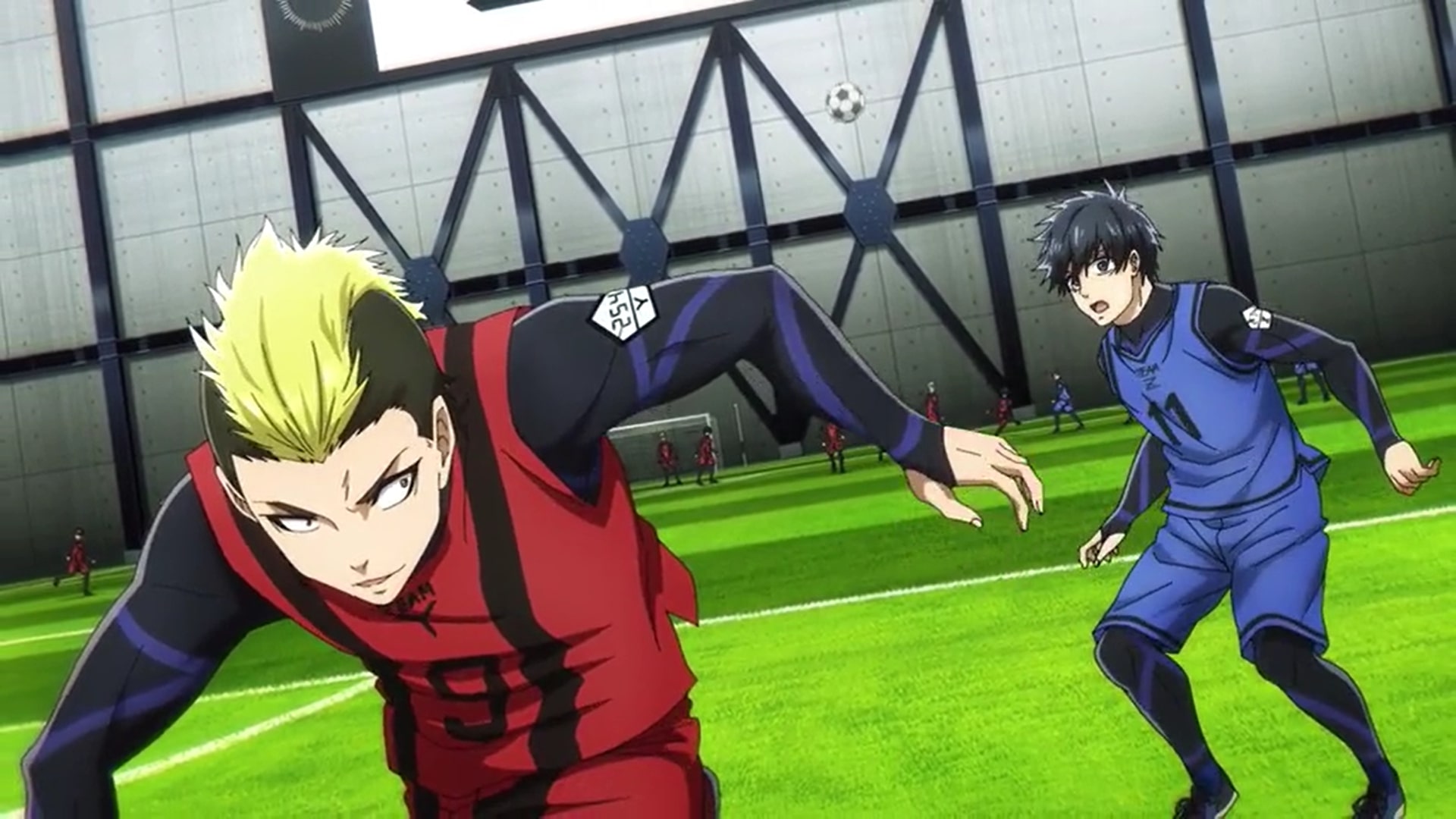 Team Z looks far more confident than in the previous game and they make good progress in the early minutes of the match. In fact, they manage to find an opening too and the ball is passed to Kunigami, who is supposed to score the goal for the team. While everything goes as Isagi and his teammates have planned, team Y’s defense turns out to be too good and they block Kunigami’s shot. The ball ricochets to Nico who has been waiting for possession for a while now. As soon as he gets the ball, Nico hits it to the other end of the pitch where Okawa is waiting for the pass.

Since team Z players are primarily on the other half of the pitch, their defense is too weak for someone of Okawa’s caliber. The striker easily dribbles the ball between the remaining defenders and scoops it into the net when the keeper tries to lunge in his direction. Within a few seconds, the atmosphere of the game shifts with team Y leading the game 1-0. Now that they have the upper hand, they start wasting time by passing the ball among themselves with no intention to attack.

During the half-time break, the players start arguing about their present approach as it seems that team Y definitely has a better strategy. But Wataru points out that it is too late to make any significant changes and they can make things work. In the second half, team Z uses their Gagamaru formation in which Isagi starts from the wings and aims at an early cross into a near-impossible space near the goal. When they actually try to implement this, the team almost manages to score a goal. Luckily, they still get to the corner but just when Bachira is about to shoot, Isagi finally realizes who has been controlling team Y all this time. 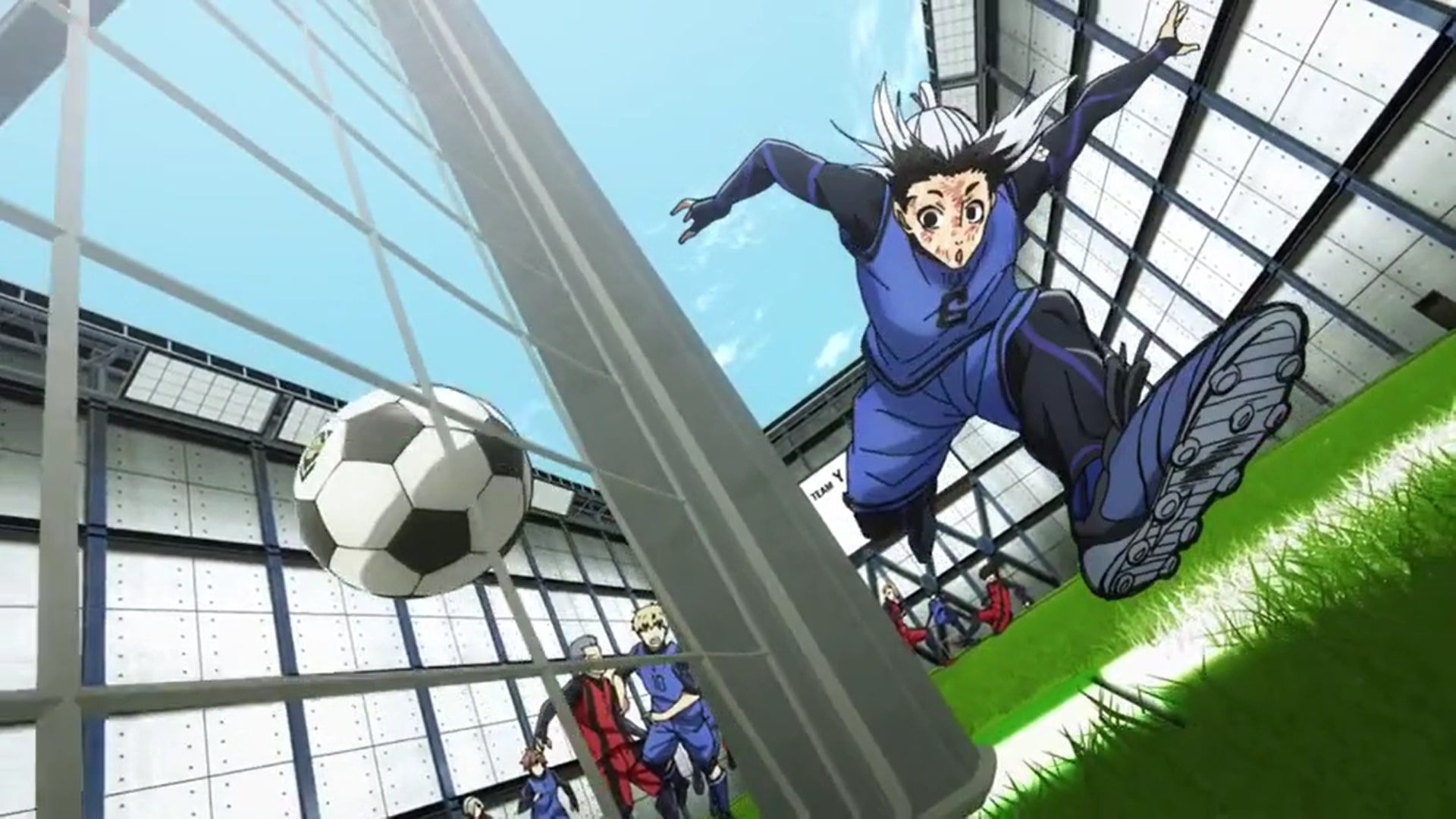 He runs in the opposite direction from everyone else, while his team’s scoring attempt is ruined. Team Y players do what they have been doing all along and try to pass the ball to Nico but Isagi is already in front of him and takes the possession. He then tries to take a shot at the goal but the ball appears to be going outside. However, Gagamaru is quick on his feet and turns into a goal. The score now stands 1-1. Nico is not surprised that Isagi has seen through the fact that he was playing a pivotal role in his teams’ counterattack tactics. Now the fate of the game depends heavily on these two and their strategy from here on.