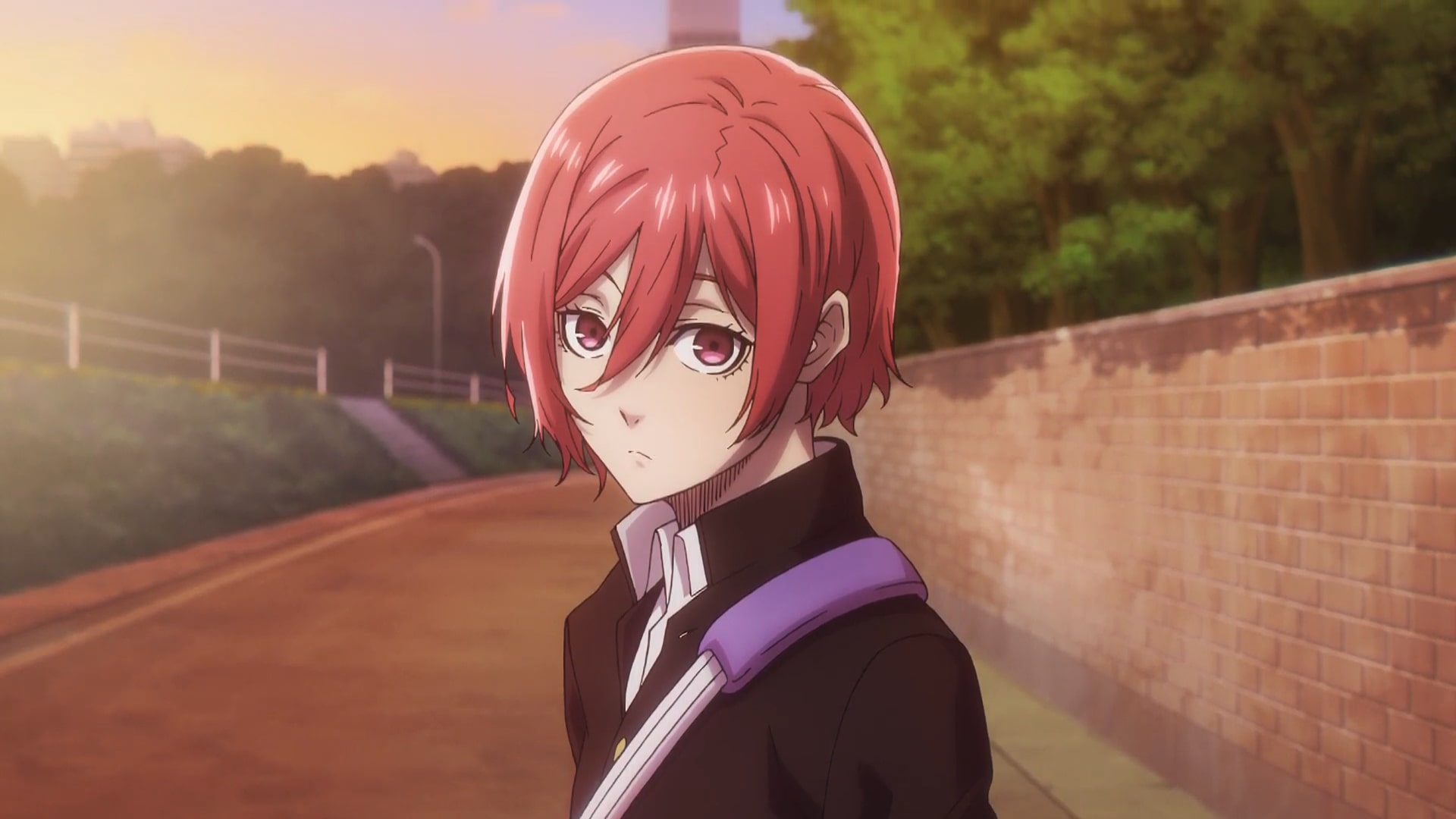 In the seventh episode of ‘Blue Lock’ titled ‘Rush,’ team Z finds themselves on the verge of elimination as team W has managed to gain a 4-3 lead thanks to Kuon’s collusion with them. Meanwhile, Chigiri is struggling internally as he recalls the brutal injury that almost ended his career and took away the confidence to rely on his natural game. However, as he sees Isagi’s fighting spirit and reluctance to give up till the end, his perspective begins to change. Here’s everything you need to know about the ending of ‘Blue Lock’ episode 7. SPOILERS AHEAD!

With team V leading the game with 4 goals to 3 thanks to Kuon’s help, the pressure is mounting on team Z to do something in the final minutes to ensure that they do not get eliminated. Unfortunately, their opponents know everything about them and their planning is so accurate that they do not give any room to their opponents to create any chances. 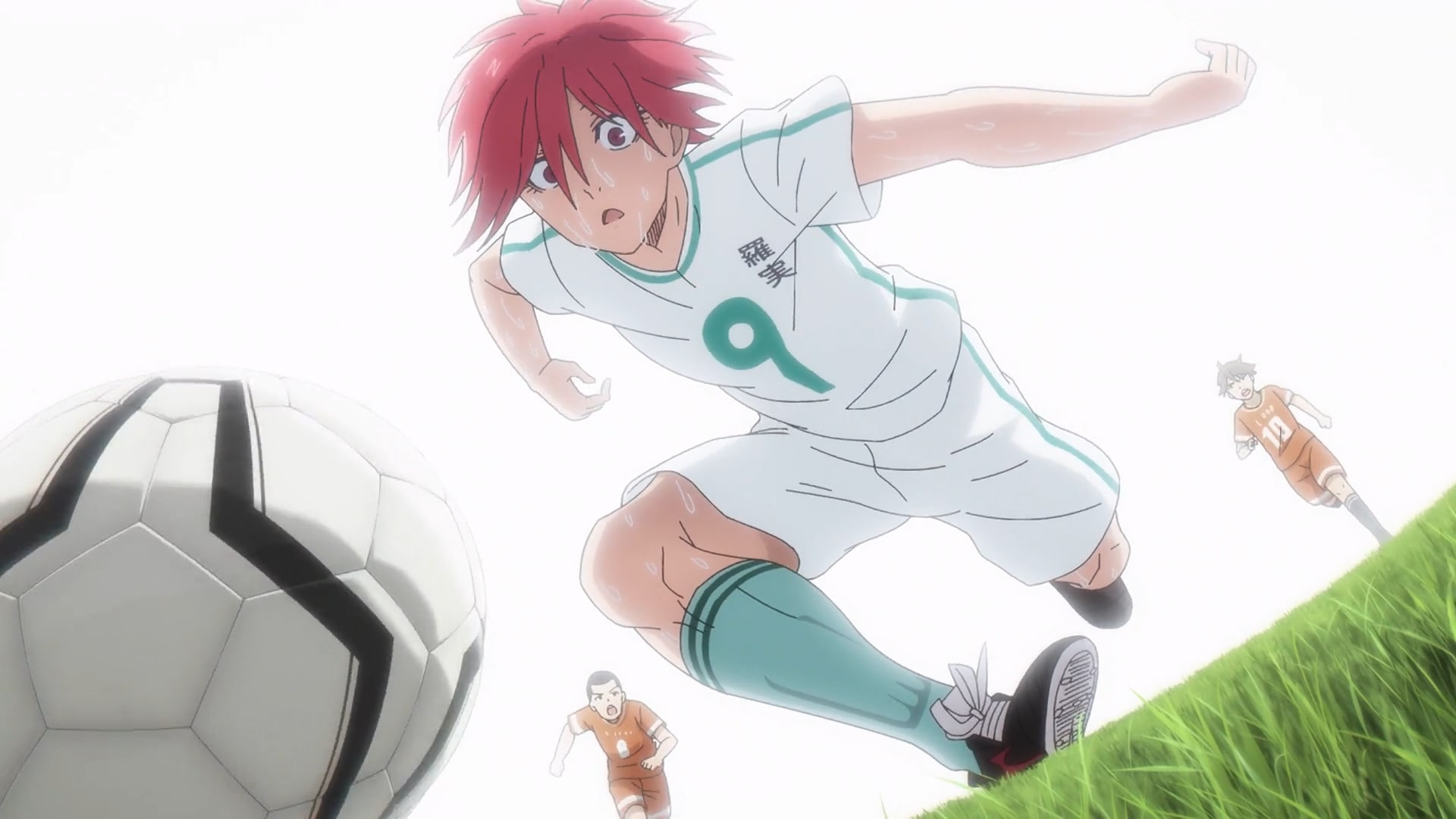 In the meantime, Chigiri recalls how he used to be considered a prodigy when he was young. When he first joined the school where the Wanima brothers had been studying, Chigiri took everyone by storm because of his brilliant skills. He continued to rise through the rank and his coach even thought that he would soon reach the nationals. Unfortunately, during one match his legs twisted while running and he later learned that it was an ACL tear.

That was a turning point in his career as he struggled to mentally get over the fear of getting injured again and started playing conservatively. While Chigiri is lost in thoughts recalling his tough past, the game between team Z and team V becomes intense as the former is desperately trying to score a goal.

After he mentally returns to the field again, Chigiri sees his teammates struggling to keep up with team W who have been informed about team Z’s every formation and on-field tactics by Kuon. He still continues to feel an imaginary chain keeping him shackled to the ground and not letting him use his gifted legs as he used to before the unexpected injury a few years ago. While the Wanima brothers mock him, he sees Isagi trying his best with only a few minutes left on the clock. 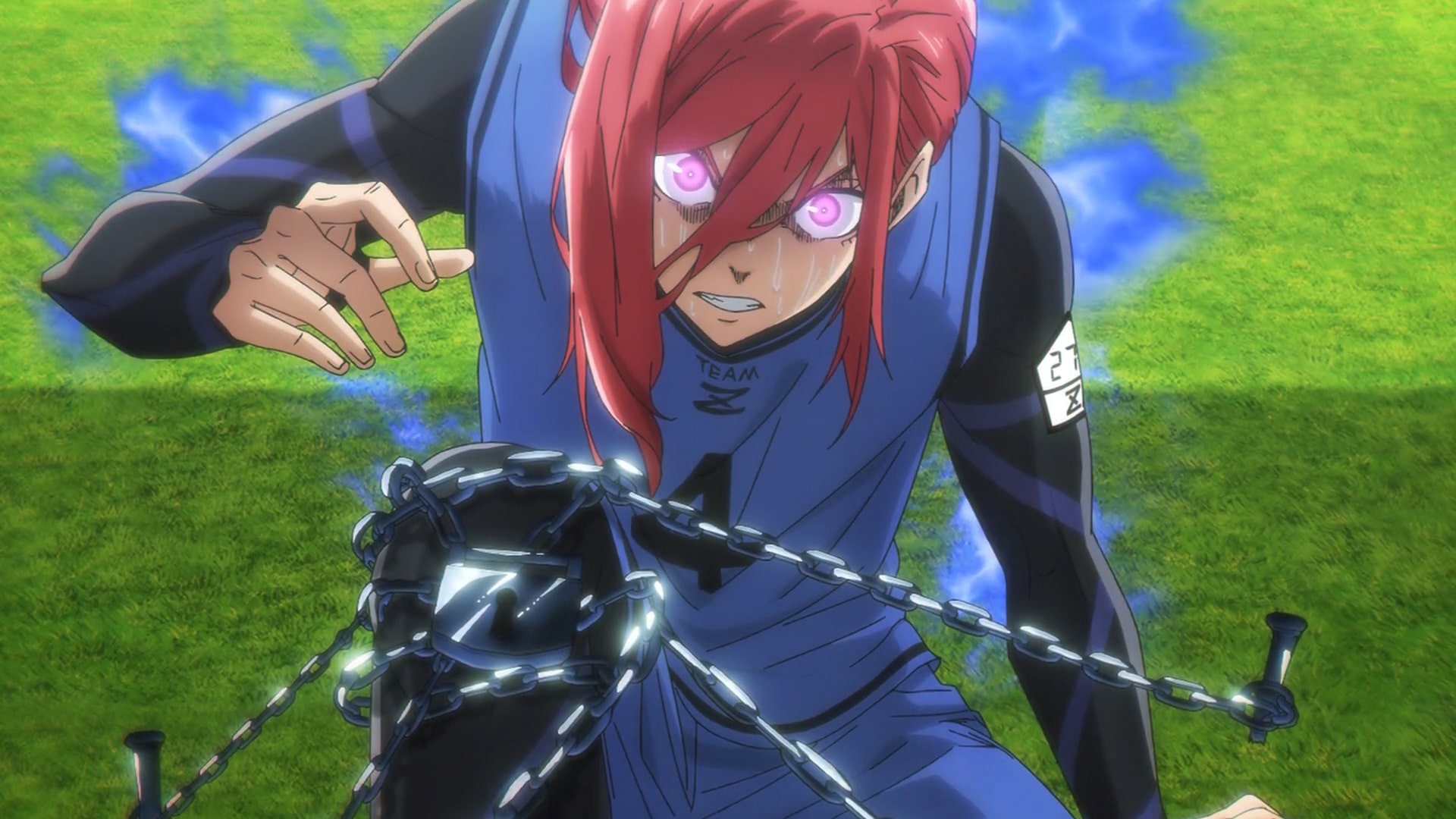 The rest of the team is also looking for an opportunity but the team secrets leaked by Kuon have made it impossible for them to use their natural gifts thus chances of the goal look almost next to none. In the meantime, Isagi is playing with all his heart trying to create chances but failing over and over again. Chigiri feels a strange rush of emotions watching him play and realizes that he no longer cares if the ACL tear happens again. At that moment, he decides to give his all in the last few minutes and rushes toward team W’s goalpost.

Isagi with his brilliant spatial awareness suddenly realizes that someone unmarked by the opponent team is running on the opposite side of the pitch parallel to him. As soon as he learns that it is Chigiri, Isagi passes the ball asking him to show his weapon. Chigiri is insanely quick on his feet and easily takes the ball between the clueless defenders who have no idea how to stop him. With his good dribbling coupled with extraordinary on-field speed, Chigiri manages to reach the penalty area with only the goalkeeper left to outmaneuver. 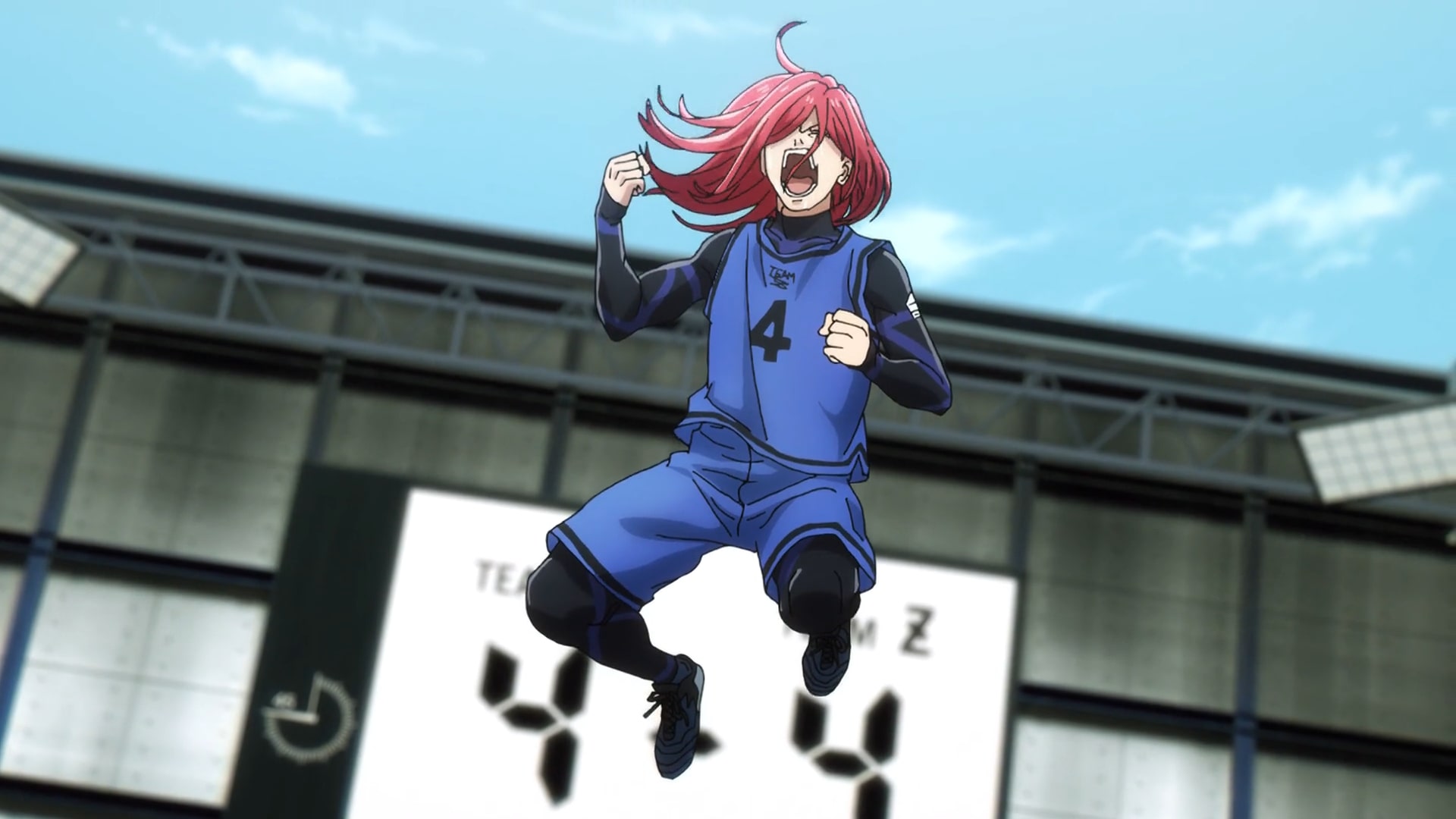 Although team W’s goalkeeper does the wise thing by running toward Chigiri, he realizes that team Z’s mysterious player is just too good. Chigiri manages to scoop the ball moments before it reaches the goalkeepers’ gloves and scores a last-minute goal. The game ends with the scoreboard reading 4-4, meaning team Z’s hopes are still alive provided they do some miracle against the undefeated team V.

What is Kuon’s Offer to Team V? Do They Accept It?

After team W’s loss, the Wanima brothers assault Kuon who has promised to help them win the game but fails to do so. Thankfully, he manages to run to safety after one of his former teammates intervenes. But he does not learn a lesson from his experiences. The same day, he meets members of team V with the promise to tell them the internal secrets of team Z provided they help him qualify for the next selection through the individual selection route. 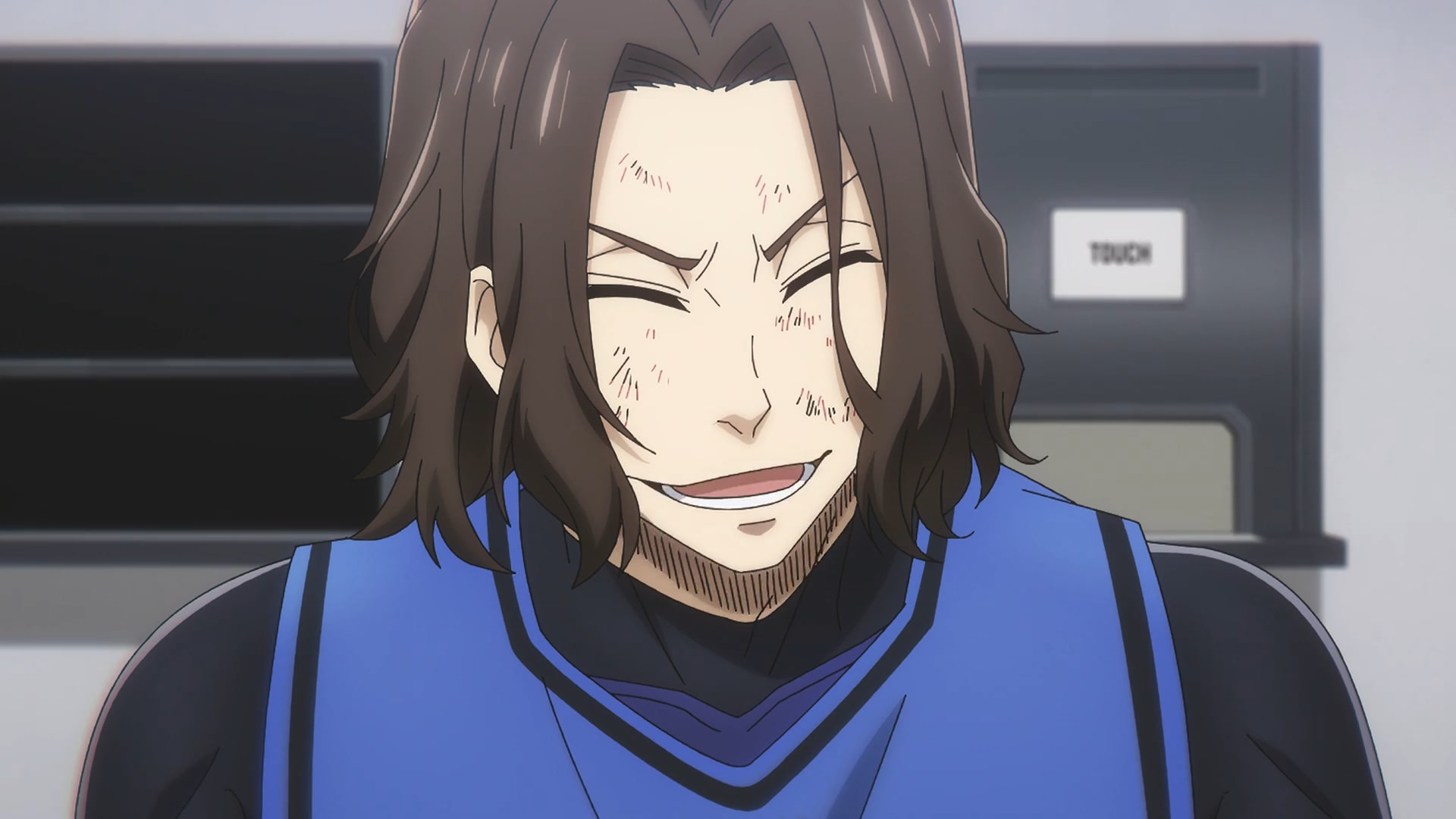 Unfortunately for him, team V is not at all interested in learning any strategy or on-field tactics used by team Z as they are confident of defeating them on their own. Their self-belief is understandable as they are undefeated so far and have the most points out of all the other teams on the table. So, team V politely declines Kuon’s offer.