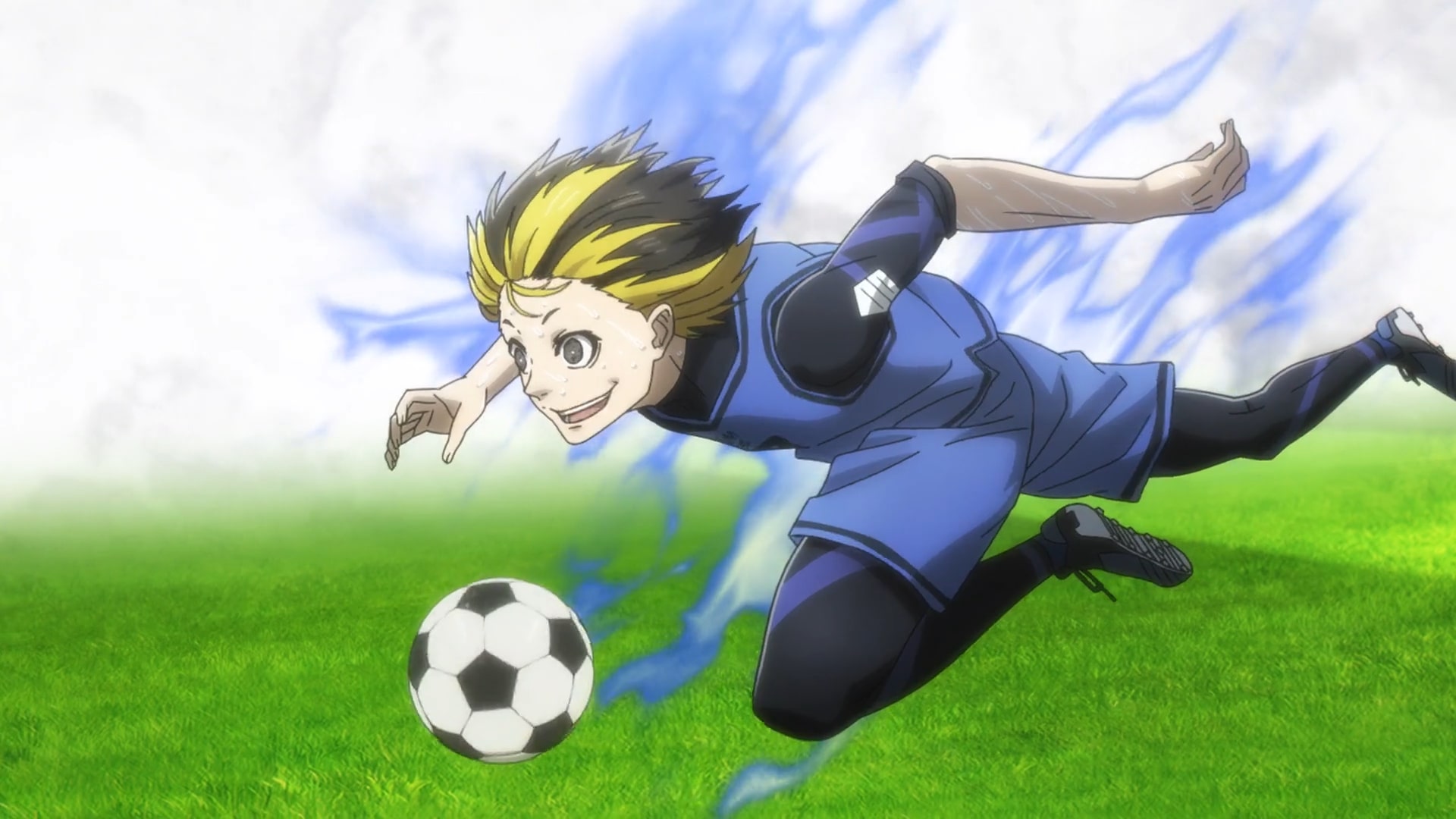 In the ninth episode of ‘Blue Lock’ titled ‘Awakening,’ the show follows desperate team Z players who are looking for some inspiration as team V continues to score one goal after another. Just when it seems that all hope is lost, Bachira is inspired by his opponents to play the game more freely- relying on his strengths but also trusting his skills to do something unexpected. Not only does he manage to score a goal, but his aggression and passion inspire his teammates as well which changes the game in unthinkable ways. Here’s everything you need to know about the ending of ‘Blue Lock’ episode 9. SPOILERS AHEAD!

After Nagi scores the first goal, team Z is dumbfounded by his superior skills but continues to hope that things will get better. This turns out to be a naive expectation as team V just outperforms them in every department. When Kunigami is approaching the goalpost thinking of ways he could level the scores, Reo easily takes the ball from his possession and passes it to Nagi. While the defenders try to stop him, Nagi’s incredible shot gives team V a 2-0 lead. 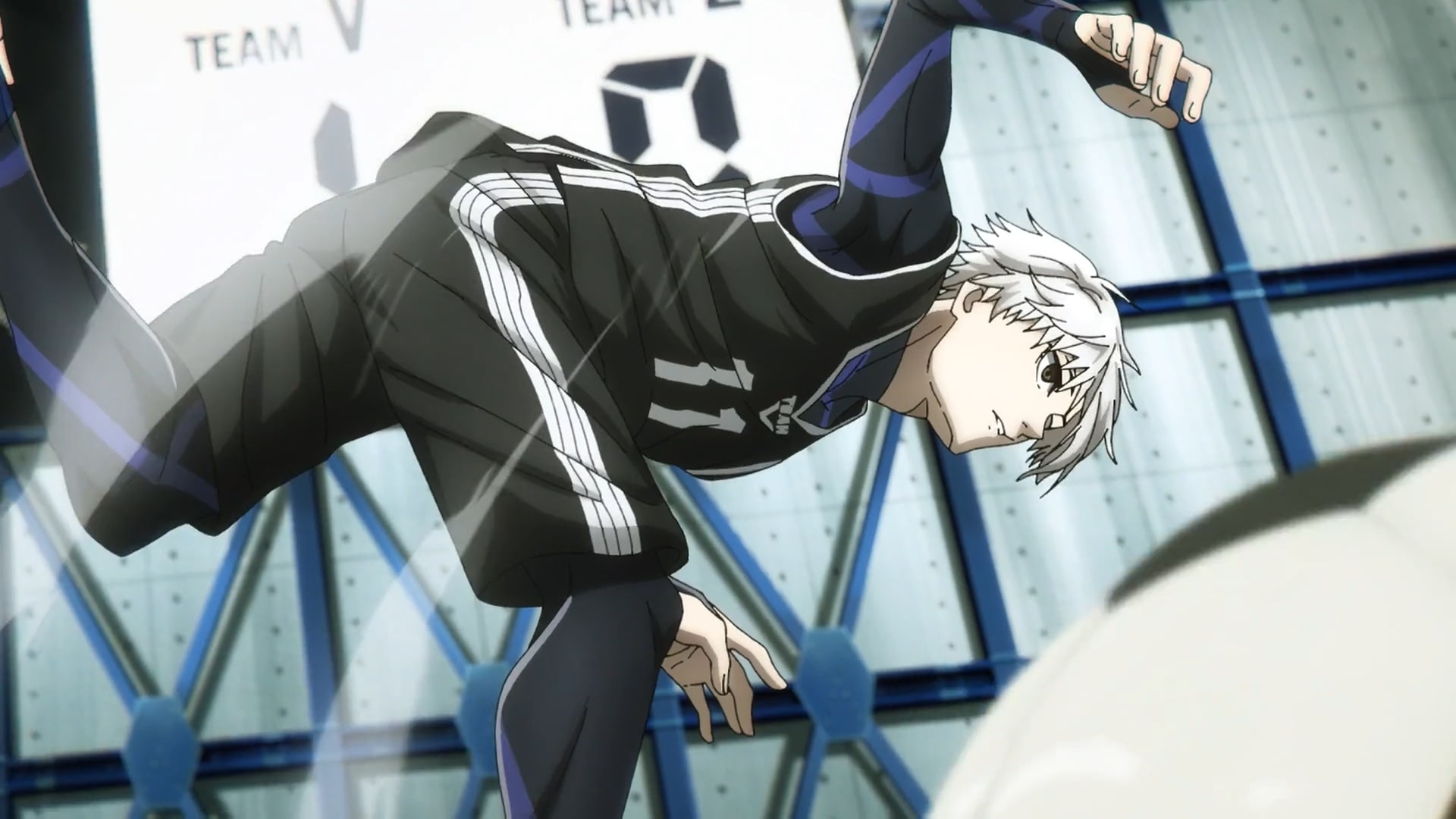 Since the first two goals are scored by Nagi, team Z decides to focus more on him so that they can stop him from freely moving around the pitch. This only backfires as Zantetsu takes responsibility for the offensive gameplay on himself. When Chigiri tries to overwhelm him with his superior on-field pace, Zantetsu outperforms him leaving team Z in shock as they expect no one to be as fast as their forward.

Before they could do anything, Zantetsu approaches the goalpost and manages to score the third goal for his team. At this moment it seems that it is almost impossible for team Z to stop their opponents. But unlike others, Bachira appears to enjoy the pressure. He then asks Isagi to pass the ball to him. With his superior dribbling skills, he approaches team V, who has no idea what’s coming for them. 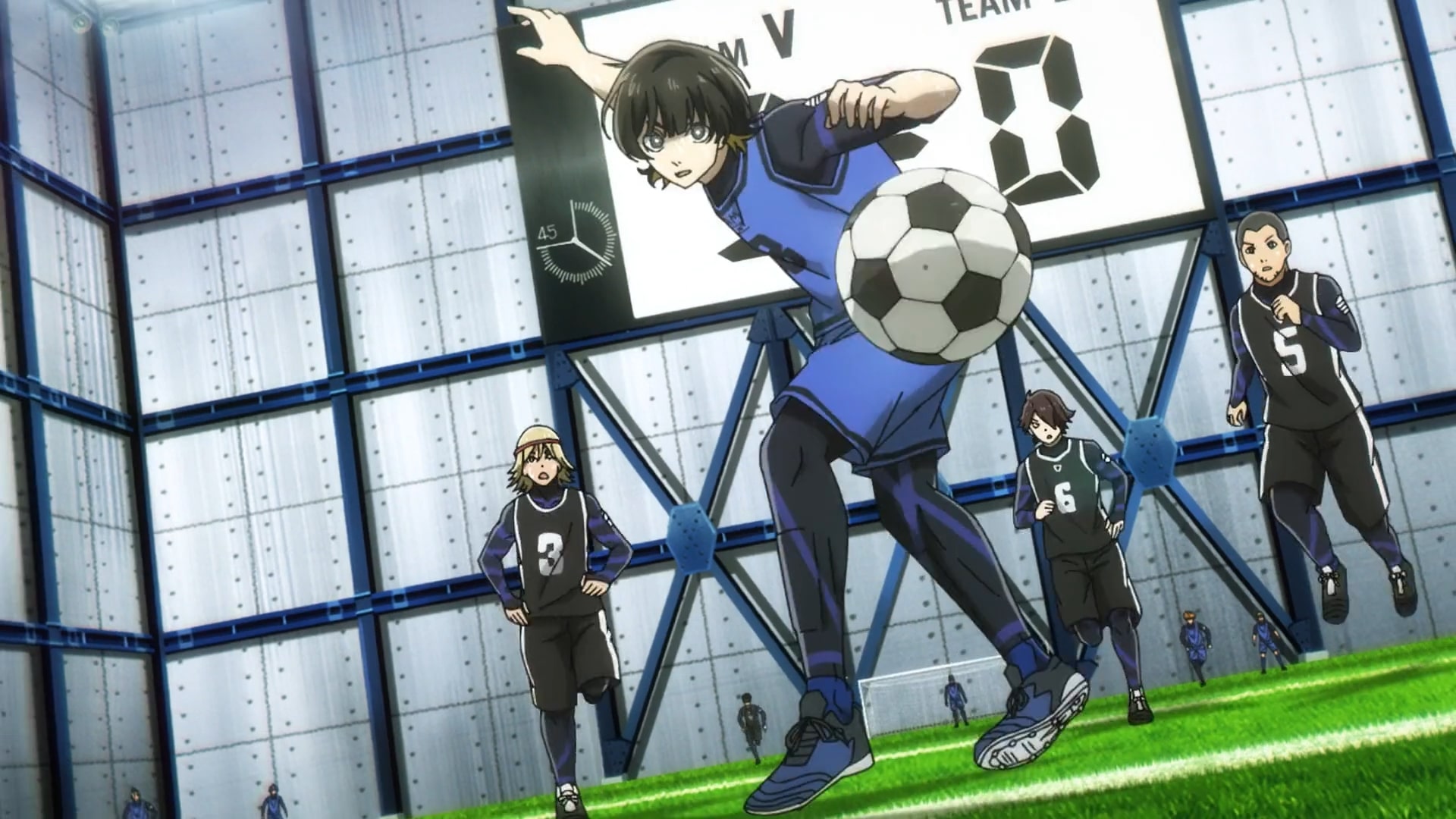 Bachira nonchalantly takes the ball between the defenders and scores the first goal all by himself while the rest of the players just watch and try to process what is happening. After scoring the goal, rest of the team Z also realizes that they are capable of something extraordinary too. This leads to Kunigami scoring the second goal for team Z, almost closing the goal gap they have with team V.

Blue Lock Episode 9 Ending: What Does it Mean to Awaken? How Does Their Awakening Help Team Z Outperform Team V?

While the players are struggling on the field, Anri and Ego are watching the game from the control room to keep an eye on every single detail. That’s when Anri tells Ego that he has successfully predicted that the game will unfold like this. Ego then explains that when the line is crossed, a true striker is forced to awaken and bring out the best in him. He then goes on to explain that players are forced to rely on their accumulated experiences and skills in an extreme situation where winning is the only option. When that happens, the complex jigsaw of discovering a new ego leads the best strikers to success as they find a new way of looking at their game. 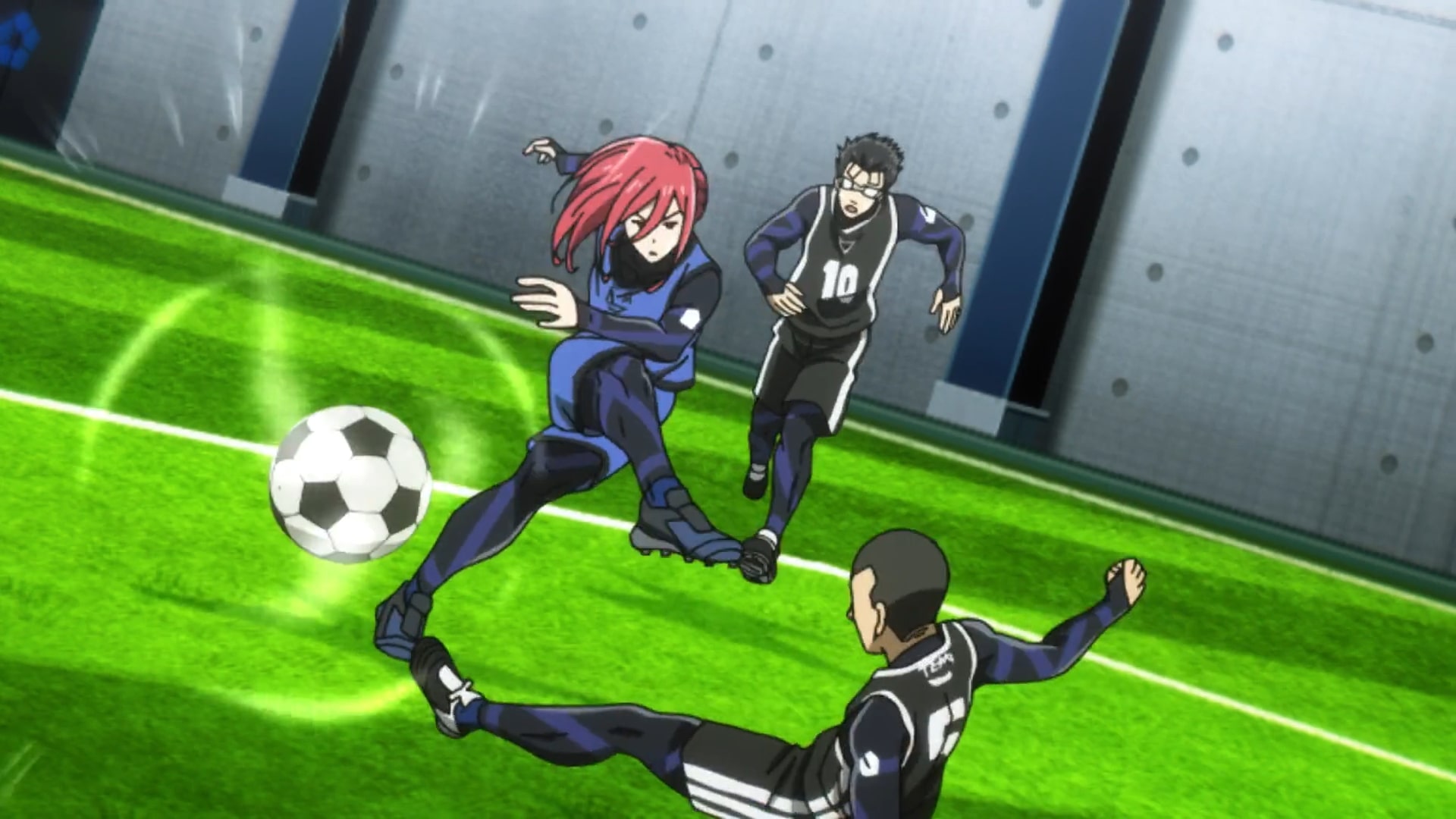 So, awakening is a striker realizing who he is as a player and the extent to which he can push his skills and experiences on the field. Meanwhile, Isagi is still not over the fact that he lost the ball to the defenders when he should have trusted his skills and attempted to score a goal. This leads to the further realization that he is being inefficient and needs to take the shot whenever he gets the opportunity. Around the same time, Jingo tells Reo how he understands his game now and will not let him give a pass to Nagi. Jingo then proceeds to verbally deconstruct his opponent’s game to the point that Reo ends up hitting him on the neck. This is noticed immediately and Reo gets a yellow card.

Although Jingo is hurt, he enjoys the fact that Reo is now under pressure and tells him that one more foul will take him out of the game. The spirits are high in team Z as they now truly believe that they have far more potential than they previously thought. When Chigiri gets a pass Zantetsu wastes no time telling him that he is faster. However, Chigiri has noticed by now that his opponent is only better when it comes to acceleration. Therefore, he scoops the ball ahead of both of them making Zantetsu believe that he can cut off the ball before Chigiri. This turns out to be a huge mistake as Chigiri manages to overtake Zantetsu and easily scores the goal taking the score to 3-3.