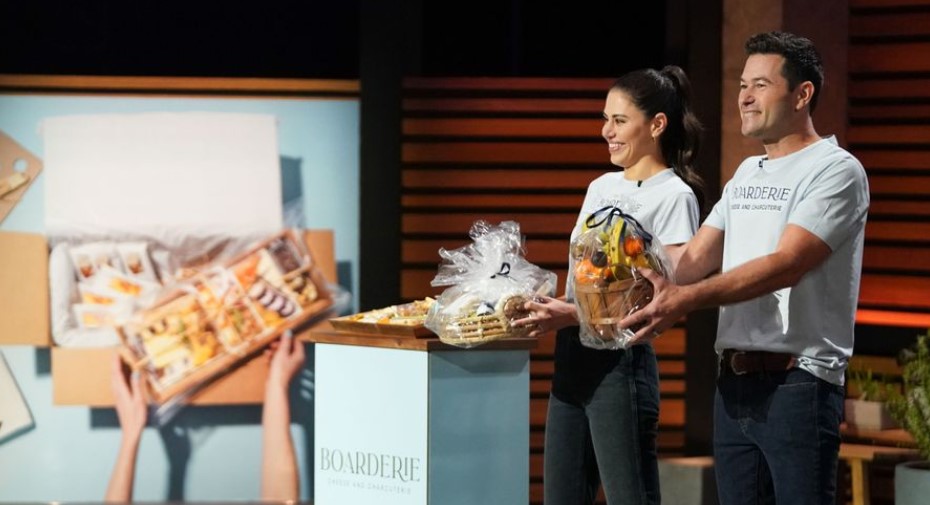 With social media influencing people’s choices, most have massively taken to cheeseboards and charcuterie. However, even though such boards are extremely aesthetic to look at and taste heavenly, putting one together requires a lot of hard work. That is where Boarderie comes in, as it offers pre-made, packaged cheeseboards that take away the hard work but allows unbridled enjoyment of the cuisine.

The brains behind Boarderie, Aaron Menitoff and Rachel Solomon, appeared on ‘Shark Tank‘ season 14 episode 7, following which the interest in their product multiplied. Well, let’s take a look at Boarderie and chart out its growth, shall we?

Boarderie: Who Are They and What Do They Do?

Rachel completed her Bachelor’s Degree in Economics and Psychology from Barnard College before going on to pursue an engineering degree from Columbia University. While completing her Bachelor’s degree, Rachel undertook several internships at prestigious organizations, including CBRE and JP Morgan. She even worked as a Staff Writer at Columbia Daily Spectator from August 2014 to November 2015 and was a part-time employee of Gooroo as a Brand Development Strategist.

While pursuing her engineering degree from Columbia University in 2018, Rachel joined Citi as a full-time analyst and eventually, in August 2020, started Boarderie alongside Aaron Menitoff. On the other hand, Aaron had considerable experience in the hospitality industry, which helped him immensely when setting up Boarderie. He completed his Bachelor of Arts in Communications and Psychology from the University of Michigan in 1995 and earned an Associate of Arts degree in Food & Beverage Management as well as Culinary Arts from Florida Culinary Institute.

Since 2004, Aaron has been running the Wellington Hospitality Group as its president, and in 2020, he co-founded Boarderie. On the show, Aaron mentioned that he was running a successful catering and event management service that was shut down when the Covid-19 pandemic hit the world. Although he was unsure of what to do for the initial few months, he realized he had to adapt in order to keep going. Hence, he collaborated with Rachel, and while the two were looking for new business opportunities, they learned that cheeseboards and charcuterie were growing quite popular through social media.

Moreover, since people had a lot of time on their hands during the lockdown, they were excited to try different cuisines making Cheeseboards trend on the internet. Thus, using Aaron’s experience from working in the hospitality sector, the pair brainstormed for quite a bit before coming up with the idea of Boarderie. Initially called Cheeseboarder, Boarderie is a delivery service that prepares and packages artisan cheeseboards and charcuterie before delivering them to customers’ doorsteps.

The final product doesn’t require a lot of unpacking as it is already arranged on a board and can be consumed as is. While each board is carefully curated and contains several kinds of cheeses, meats, crackers, nuts, jam, dried fruits, and olives, among others, they do not use any processed or artificial ingredients. Instead, all of their cheeseboards use fresh ingredients and are to order before being shipped to the customer.

Where Is Boarderie Today?

Since cheese and charcuterie boards have been trending online for quite some time, Boarderie was received quite positively upon launch. People loved how they did not have to work hard to put a cheeseboard together but were still able to get an authentic experience. Moreover, with their impeccable curation and artful presentation, Boarderie took away the bias against pre-packaged food and was able to market to a wide range of customers.

When the company initially launched, it shipped the products through third-party stores such as Costco, Neiman Marcus, and Williams Sonoma, which helped reduce their logistics costs. Rachel even talked about the advantages of selling through third-party stores in the beginning and said, “Selling through channels helped us prove demand for the product. And so we knew it was there. And that gave us confidence going to direct to consumer and starting to spend money on advertising.”

At present, people interested in sampling Boarderie’s products can purchase them directly from the official website. While the company offers several varieties of boards, the prices depend on the size as well as the included ingredients and generally range between $129 to $299. Interestingly, the product has also been included in Oprah’s Favorite Things List in November 2022, and we are sure that Boarderie is headed for even more success in the years to come.