Bodhi Potter and Cody Thompson’s Murder: How Did They Die? Who Killed Them? 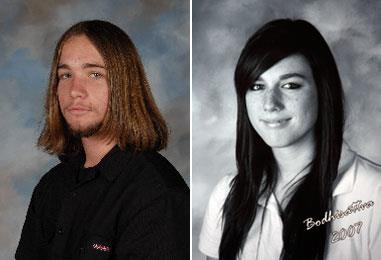 Investigation Discovery’s ‘Dead Silent’ is a series that highlights just how dark and desolate the great outdoors can sometimes be. Whether it be deep in the woods, inside an abandoned house, or along the shores of a lake, anything can happen at any time, and that’s exactly what each hour-long episode of this chilling true-crime documentary features. So, of course, it’s Season 4 Episode 9, ‘The Bodies in the Bunker,’ chronicling the nightmarish events that led to the murders of Bodhi Potter and Cody Thompson, is no different. And if you’re here curious to know all the details about their case, we’ve got you covered.

How Did Bodhi Potter and Cody Thompson Die?

Bodhisattva “Bodhi” Sherzer-Potter was born on July 19, 1991, in Newport Beach, California, moving to Helendale in 1998, where her family had plans to build a dream home. And there, while attending The Academy of Excellence in Apple Valley, Bodhi met and fell in love with Christopher “Cody” Thompson, a boy just two years her senior. Bodhi was a fan of psychology and architecture, which led to her fascination with the abandoned Air Force military bunkers located in the open desert just 20 minutes outside of Barstow, near Helendale. Therefore, on January 4, 2008, when the couple was invited there to attend a party with over 30 of their friends, they agreed.

Unfortunately, that’s what led to their deaths. By all accounts, everything was perfectly normal that night, with the only difference being the three males, unknown to everyone, who arrived at the underground bunker at around 11 p.m. and asked to join. They were allowed, and that’s when everything changed. After the party dispersed in the early hours of January 5, Bodhi and Cody, 16 and 18, instead of driving home in the dark, decided to camp out in Cody’s jeep for the night, which their friends saw them prepare for. And yet, the next morning, the couple was found inside the bunker, shot to death, execution-style. They had taken a total of five bullets to the back and head.

As soon as the investigations into the double homicide began and officers questioned all the people who attended the party, they noticed a pattern. Most of them talked about the three strange men, and a few eyewitnesses even clarified that they were amongst the last to leave. And so, with the San Bernardino County investigation unit working in full force, thanks to the cooperation of Bodhi and Cody’s friends, Collin Lee McGlaughlin, then 18, of West Covina, and David Brian Smith, then 19, of Covina, were arrested on suspicion of murder just a few weeks later. The third suspect, Cameron James Thomson, then 16, also of Covina, was arrested in March of 2008.

However, even though the evidence was submitted within weeks of the murders, it took a long time for the legal process to finish its course and for justice to be served. In a June 4, 2010 interrogation, David, who met Collin via Cameron, a mutual friend, said that he was only hanging out with Collin, the son of a retired Los Angeles Unified School District police officer, to use and abuse him for marijuana. Together, the three men had also been hanging out with gang members committing armed robberies. And according to reports, it was Collin who apparently masterminded the plan to kill the teenage couple in order to execute the perfect murder.

As per a court record, a testimony, Collin had ordered Cameron, the youngest of them all, to stay in their van as a lookout while he and David, who was allegedly holding a gun, banged on the windows of Cody’s Jeep. The duo roused up the sleeping couple and then forced them into the bunker at gunpoint at about 4 a.m., ordering them to drop to their knees before opening fire. Therefore, while Collin and David were charged with multiple counts of first-degree murder, kidnapping, and robbery, Cameron faced similar charges in a lower degree. And in March 2011, the latter pleaded guilty to voluntary manslaughter, attempted robbery, and use of a firearm – one count for each victim.

Collin Lee McGlaughlin, a man said to be obsessed with “killing people at random,” took a plea deal in December of 2013 that found him guilty of all the charges against him in exchange for a life sentence rather than the death penalty he faced. And David Smith, who pleaded not guilty at first, agreed to a deal in September of 2016. It only accused him of two counts of first-degree murder, quashing the eight other felony charges against him. In the end, Bodhi Potter’s mother gave an impact statement in court, revealing just how long she waited to see the three men sentenced. “Three thousand, one hundred and eighty days I’ve waited for this moment,” she said. “That’s a long time.”