Where Is Collin McGlaughlin Now? 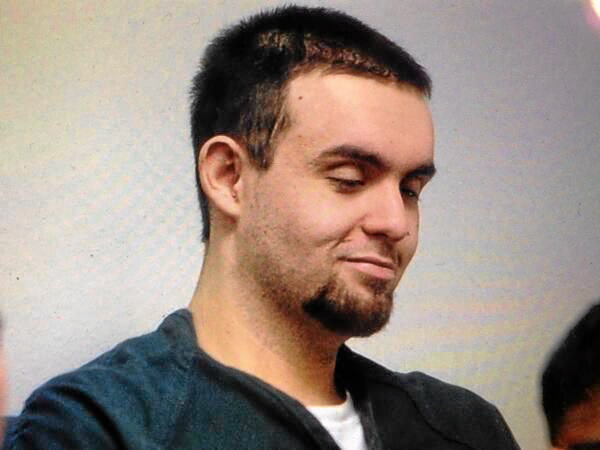 Investigation Discovery’s ‘Dead Silent: The Bodies in the Bunker’ examines the early 2008 double homicide case of 16-year-old Bodhisattva “Bodhi” Sherzer Potter and her boyfriend, 18-year-old Christopher “Cody” Thompson. The couple was found shot to death, execution-style, inside an abandoned, crumbling, graffiti-scrawled Air Force bunker near Helendale following a birthday party they attended on January 4, 2008. Within weeks, it turned out that three men – Collin McGlaughlin, David Smith, and Cameron Thomson – were responsible for the heinous crime, committing it for no good reason whatsoever. And it was Collin McGlaughlin who had apparently masterminded the whole thing.

Who Is Collin McGlaughlin?

Even before Collin McGlaughlin had decided to fatally shoot the teenage couple in the early hours of January 5, 2008, there were a lot of warning signs about his mental instability and his proclivity towards violence. According to a psychiatrist, as the son of an alcoholic, now-retired Los Angeles police officer, Collin, born on October 26, 1989, grew up in a highly dysfunctional household – one that was beyond repair. Furthermore, starting at 5-years-old, Collin was diagnosed with multiple psychological disorders for which he was given a myriad of medications. But as he grew up, with his apparently un-nurturing mother, his mood swings, violence, and tendency to live in a delusional world only became worse.

In fact, whenever Collin was in a fit of rage or fighting with his parents, he usually threatened to kill someone. Once, in 2004, he even told his mother that he’d remove his father out of the way and then himself before smashing a glass picture frame over his head. Therefore, by the time Collin got into his late teens, many people were afraid of him, especially as he had begun talking about mass murders and mayhem online, referring to himself as an “Equal Opportunity Merchant of Death” on his MySpace page. “I feel that if a person really needs it, they should be able to walk down the street with a .357 killing people at random,” states one of Collin’s post, making the rage inside of him quite evident.

Where Is Collin McGlaughlin Now?

By 2008, Collin McGlaughlin had attended seven different schools, done short stints in two boys’ homes and juvenile halls, and had also been admitted to the hospital for psychiatric evaluations on at least two different occasions. But apparently, all he ever wanted was to fit in and have meaningful relationships, which he was never given a chance to do. So he moved in a different direction, committing heinous crimes that landed him in prison. After Collin was taken into custody for suspicion of murder in the weeks following Bodhi and Cody’s death, he bragged about killing the high school sweethearts in jail, saying that having a gun in his hand and firing was “a hell of an adrenaline rush.”

And ultimately, on December 2, 2013, charged with multiple counts of first-degree murder, kidnapping, robbery, and use of a firearm, Collin McGlaughlin pleaded guilty, agreeing to the sentencing of life in prison without the possibility of parole to avoid facing the death penalty. Ever since his official hearing on January 17, 2014, in a Victorville Superior Court, Collin has been transferred to at least four different state prisons. Currently, though, at the age of 31, he is serving out his conviction at the California Substance Abuse Treatment Facility and State Prison in Corcoran, Kings County, making it seem like he has now developed a substance abuse problem as well.

Read More: Where Are David Smith and Cameron Thomson Now?