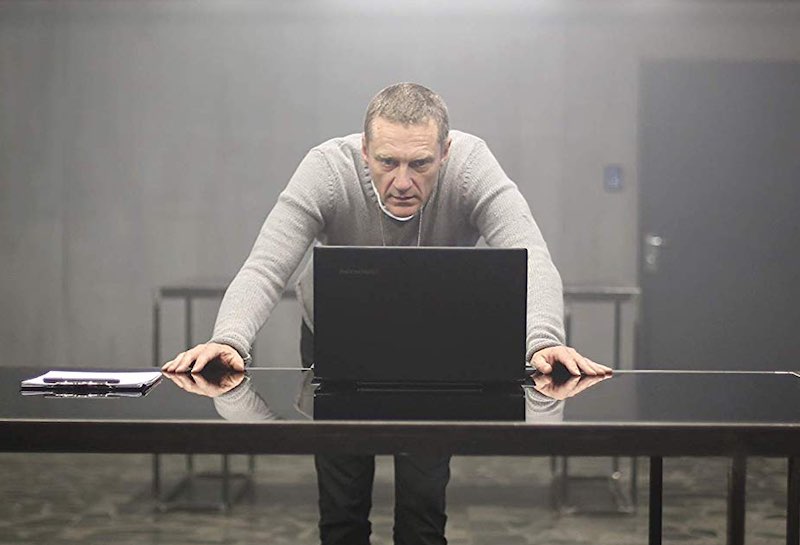 The advent of streaming has made it significantly easier for international productions to bring distant worlds onto viewers’ screens. Netflix has emerged as a pioneer in presenting stories from around the world, with Scandinavian television shows benefitting greatly from the increased exposure. ‘Bordertown’ is a Finnish television series that packs tons of intrigue with an atmospheric setting, and can be watched on Netflix.

The show is titled ‘Sorjonen’ in Finnish. The English title is justified by the central premise of the series, which sees its protagonist, Detective Inspector Kari Sorjonen, shift to a seemingly idyllic town called Lappeenranta after his wife survives brain cancer, taking up a job at the Serious Crime Unit or SECRI. Lappeenranta is a town that is situated at the border of Russia. However, Sorjonen’s expectations of a peaceful life in the tiny town are not met when he goes there.

The crime drama is directed by Miikko Oikkonen, Jyri Kähönen, and Juuso Syrjä. Ville Virtanen plays the role of Sorjonen while Matleena Kuusniemi, Anu Sinisalo, and Lenita Susi are also a part of the series’ cast. The show has been praised for its engaging plotting, brilliant acting, and compelling character dynamics.

Where is Bordertown Filmed?

The English title of the Finnish series is a reference to the central premise: of its protagonist shifting to a town near the border of Russia, in hopes of a more peaceful life. However, he gets a rather rude shock upon actually reaching Lappeenranta. As one can sense, the setting plays an integral role in the television series. It practically dictates the plot. Moreover, the series has been received well because of how authentically it manages to capture the small-town feel. Hence, it is natural for viewers to wonder where the show has been filmed.

The #FisherKing production team now filming the third season in Lappeenranta, in the #Bordertown pic.twitter.com/0UBKLdw83R

Furthermore, various other posts by the director have also revealed how filming was carried out in the city of Helsinki. Have a look:

Apparently, filming for ‘Bordertown’ has not been limited to Finland. The show has also been shot at Estonia, according to local sources. Moreover, filming was also carried out in the country of Lithuania. To be more specific, filming was carried out in Old Town, Vilnius. Apart from that, sources have also revealed how a few scenes had been shot at St. Petersburg in Russia.