Where is Brandon Scott from My 600-lb Life Today? 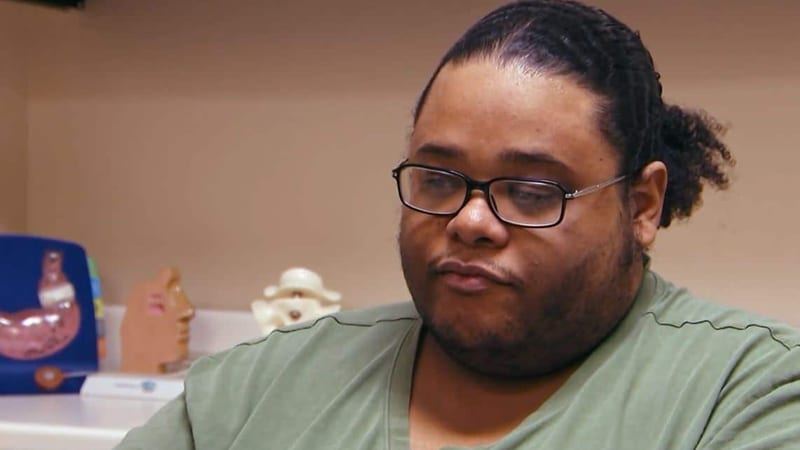 The TLC series ‘My 600-lb Life‘ was originally supposed to be a five-part miniseries, but because of its popularity, more and more episodes were filmed. Every episode in the series follows a different morbidly obese person, with a minimum weight of 600 lbs (270 kgs), and documents their life for a year as they try to reduce their weight to a healthier level. This is done in Houston with the help of Dr. Now (Dr. Younan Nowzaradan), a surgery, and a strict diet. Wondering what happens to the patients who have appeared on the show after their year is complete? Well, we have the answer for one such patient for you, read on!

Who Is Brandon Scott and What’s His Story?

When he first appeared in Season 7, Episode 7 of ‘My 600-lb Life,’ Brendon had hoped that he weighed somewhere in the 600s, but unfortunately, his exact weight came out to be 718 lbs. The 33-year-old explained that it was his girlfriend, Tayler, who managed to finally inspire him to fight for his health, after which he headed to Housten to meet Dr. Now.

He explained that he wanted to get better now before things got so bad that his girlfriend would need to clean him up and added, “I am ashamed at how out of control I have let my body get…I just see a monster.” He also admitted that his food addiction was so deep that he craved it at all times and said, “Nothing has ever compared to the happiness I feel when I eat.”

Brandon didn’t have a stable childhood, so he found solace in food. His parents fought a lot when he was a kid, and even when they stopped, Brandon couldn’t. His mother’s remarks about his weight and lifestyle when he was a teenager seemed intruding to him instead of worrisome which, led to him resenting her. And when in college he had to kick his dad out for infidelity, he gave up on his music dream to go to Italy and become a soap opera singer but never gave up food.

At the age of 27, Brandon had crossed the 600 lb mark. And six years later, with 118 lbs more, he began his weight loss journey with the help of his girlfriend Tayler and moved from Columbus, Ohio to Houston, Texas.

Where is Brandon Scott Now?

During their first meeting, Dr. Now told Brandon that he must lose weight himself before he gets approved for the weight loss surgery as his size and lymphedema – a swelling in his arms and legs caused by a lymphatic system blockage – would make the surgery unsafe for him.

In two months, Brandon reached 577 lbs, losing a total of 114 lbs trough rigorous exercise and diet. Dr. Now, pleased with this result, scheduled the surgery, and Brandon was on his way to Houston for a year. Throughout this time, Brandon was able to lose 335 lbs making his final weight at the end 383 lbs. What’s even better is that Brandon was told that he should be losing around 30 pounds per month from then on and when he comes down from the 300 mark, he can be approved for the excess skin removal surgery.

To reach his ideal weight of 180, he said that he’ll do whatever it takes, adding: “I know I still have a lot of work to do to hit my target goal. It’s not going to be easy.” Along with this, in the year that it took for him to lose this much weight, he relied on his guitar and music to get him through the tough times. He was heard saying, “A year ago, I thought I would be dead soon. Now I’m able to start pursuing my dreams again.”

The fan-favorite is still losing weight and looking fit while he pursues a career in music. In Fact, he even has his own YouTube channel where you can find him continually uploading the covers he does of famous songs as well as some of his original work. And as far as his relationship with Tayler is concerned, the two got engaged in the summer of 2019. You can check out more about him on his Facebook page too. After everything that he has been through, we hope Brandon gets everything he wants in life and more.