Brian and Mika Kleinschmidt From 100 Day Dream Home: Everything We Know 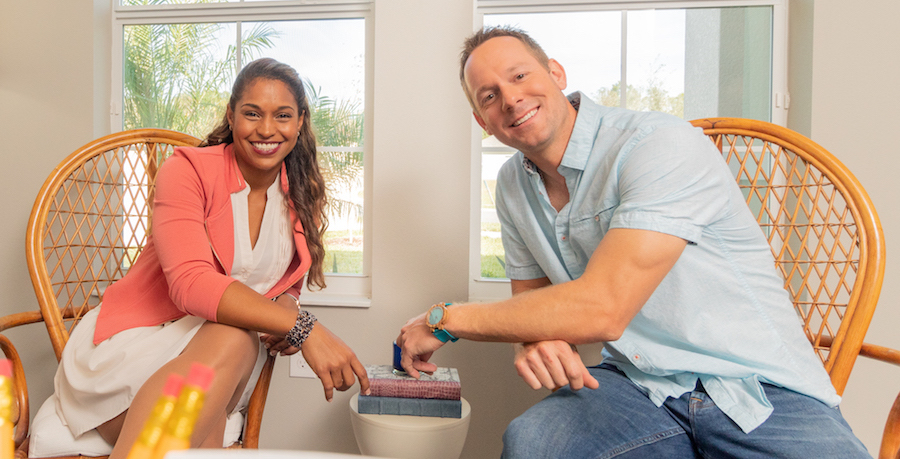 Brian and Mika Kleinschmidt are the hosts of HGTV’s popular home-design reality series, ‘100 Day Dream Home.’ The show aims to construct “the perfect home” from scratch, and a major part of the challenge is to build and design it within 100 days. Happily married for half a decade, the Tampa, Florida-based couple takes on the challenge to remodel the houses as per the clients’ wishes.

Brian brings to the show his experience as a developer while his wife is an expert in real estate and home design. Never having missed the deadline since the premiere of its debut season on January 1, 2020, the fan-favorite stars have piqued the viewers’ interest, who are now curious to know all about their love story!

Brian and Mika Kleinschmidt: How Did They Meet?

Brian Kleinschmidt and Mika McGee crossed paths as teenagers while they were both students of the Riverview High School in Florida. Brian was still dabbling in athletics, singing, and acting, and intending to pursue a career in sports and entertainment marketing. Reportedly, Mika had to relocate to several locations because of her military background, which necessitated her to attend different high-schools. Naturally, Brian and Mika’s actual first meeting was a complete stroke of luck as they did not simply catch each other’s attention in the assembly hall. 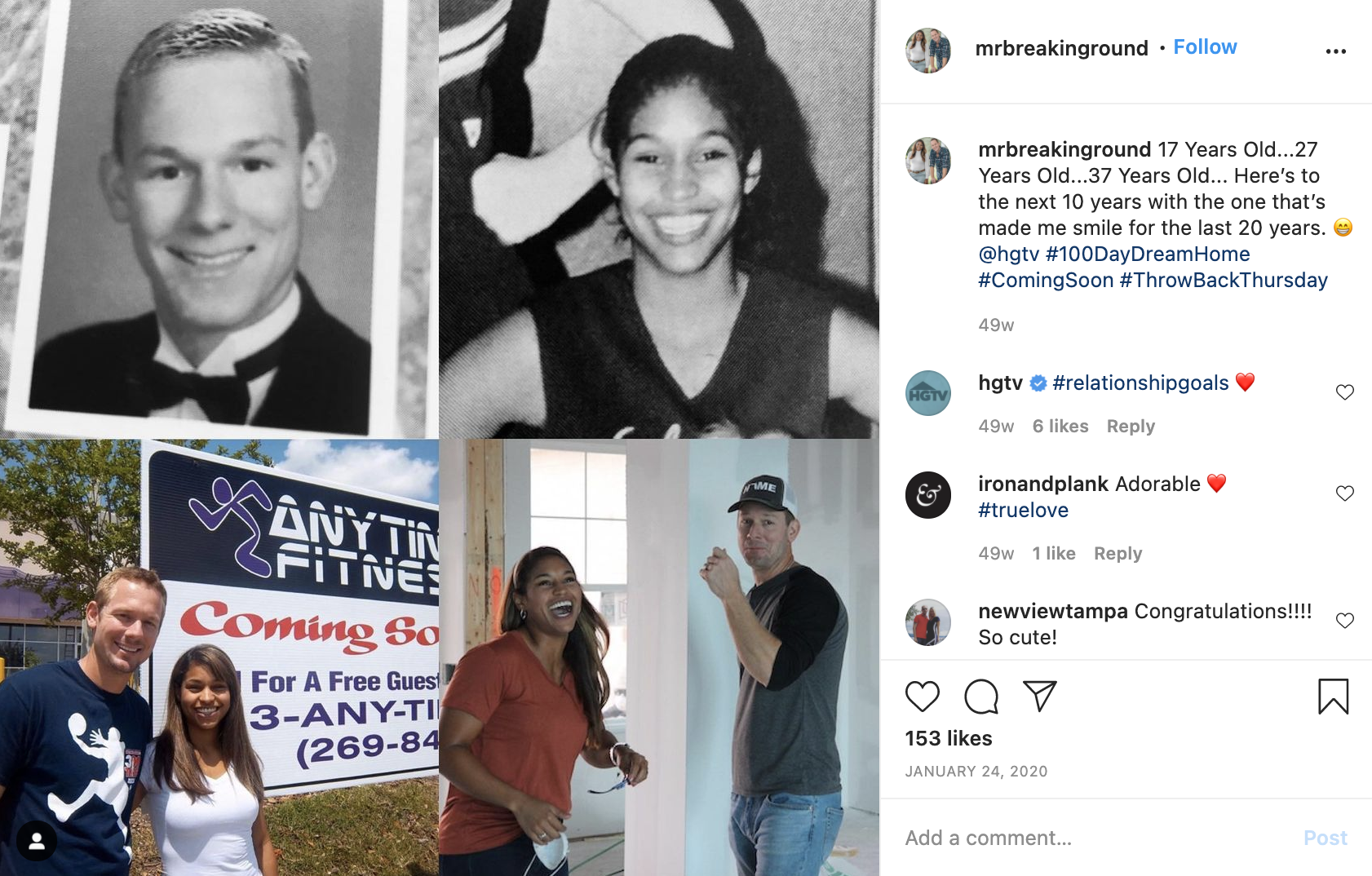 Brian’s mother, Ellen, is a retired music teacher. So, he had signed up at a music class but somehow (and fortunately!) ended up in a girls’ chorus class, where he first laid eyes on his now-wife, Mika. We were surprised to find out that Mika and Brian did not start dating right away. In fact, he made an appearance on season 15 of ‘The Amazing Race’ with his then-wife, Ericka Dunlap. They got married in 2007 and parted ways by 2011. 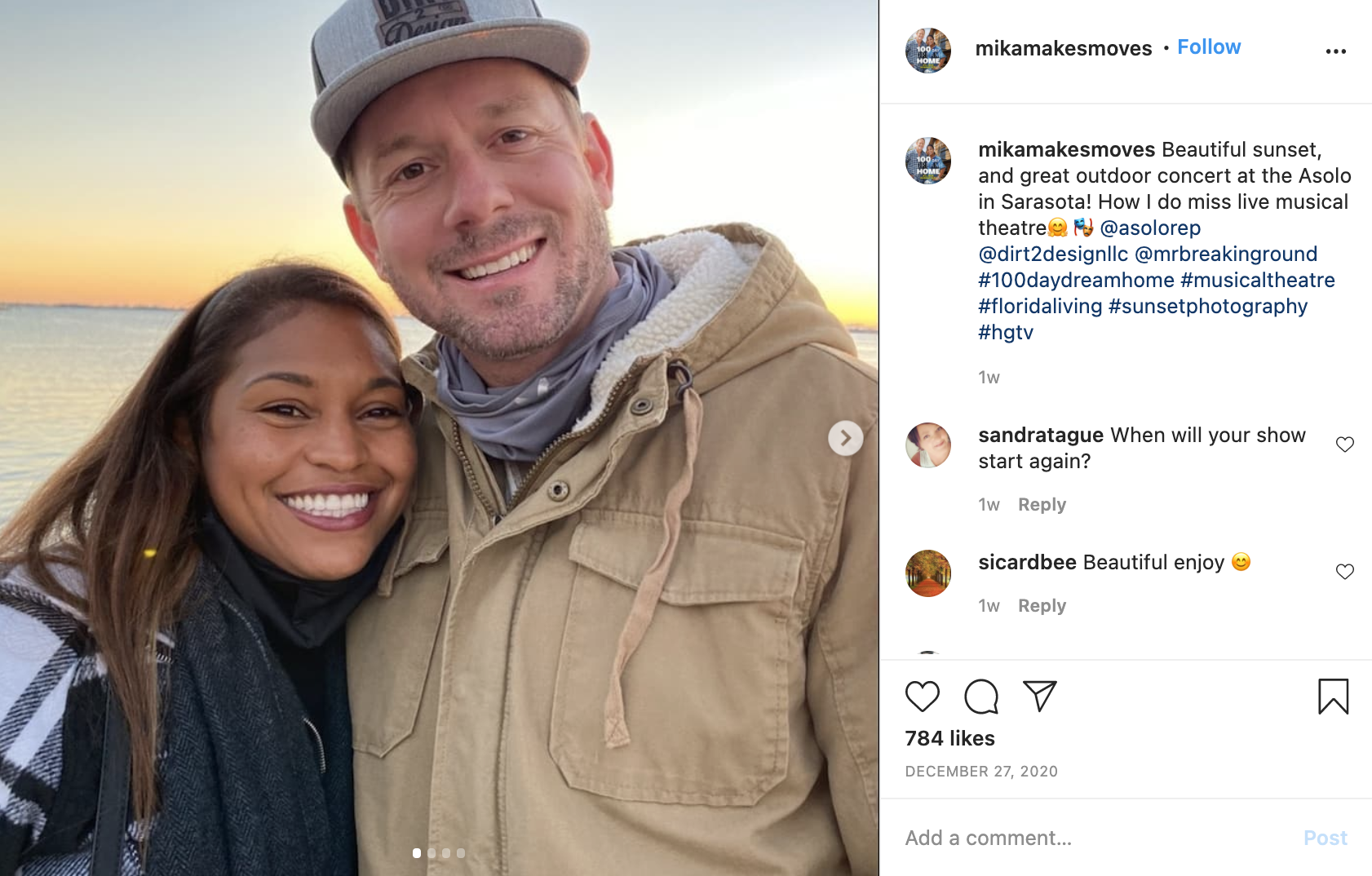 In 2011, Brian got reconnected to his high-school crush, Mika, while they were both involved in the fitness field. Back then, he was the sole owner of Anytime Fitness, which he eventually co-owned with the love of his life. Mika was still a trainer at a rival gym when Brian convinced her to become a part of his chain of gyms. As mushily confessed on Instagram, Brian’s timidness had restrained him from asking her to homecoming around 1999. But years later, he finally gathered up the courage to ask her out on a date.

Brian and Mika Kleinschmidt: Their Journey and Daughter

During their courtship period, Brian Kleinschmidt introduced Mika to the world of community theatre. They have since performed together in shows at the Straz Center and the Manatee Players, in addition to appearing on commercials. He popped the question on stage, and the two shared their wedding vows on October 10, 2015. Since walking down the aisle, the couple has become successful business partners and reality television stars, building for themselves a perfect personal and professional life.

Brian and Mika Kleinschmidt are proud parents to an adorable baby girl, Jade. Despite being her “Bonus Dad,” he loves his nearly 12-year-old daughter to bits. Mika has never spoken about Jade’s biological father and welcomed her before kick-starting a relationship with Brian. They have been blissfully co-parenting the apple of their eyes while relishing being married to each other. Their cute fur baby, a Lhasa Apso mix named Bear, makes them a family of four.