Bridal Babes Dresses Shark Tank Update: Where Are They Now? 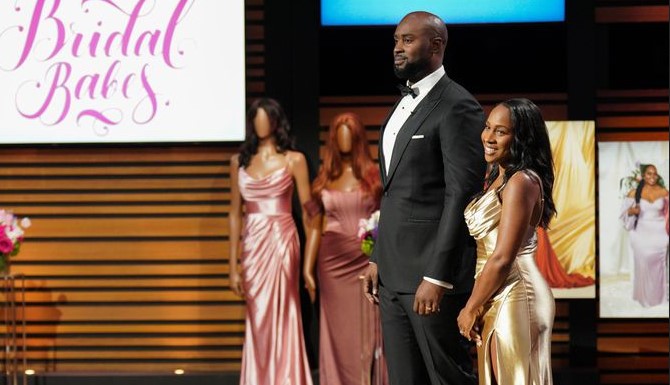 It is no surprise that the wedding industry is worth multi-billion dollars in this day and age. With millions of people getting married, there are innumerable companies that cater to their needs, including decorations, food, and clothes. However, when entrepreneur Ashley Young was buying dresses for her bridesmaids, she was dismayed to find that the market did not have a lot of options for women of color who wanted to show off their curves.

Realizing that there was a gap to be filled in the industry, Ashley and her husband, Charles Young, launched Bridal Babes, through which they provide custom-made dresses for weddings. Naturally, viewers showed a lot of interest in the company when Ashley and Charles appeared on ‘Shark Tank‘ season 14 episode 5. Well, here’s what we know about the company and its present standing!

Bridal Babes: Who Are They and What Do They Do?

Ashley Young obtained her Bachelor of Commerce degree in Marketing from the University of Virginia in 2009 before joining Universal McCann as an Assistant Media Planner. In August 2010, she was promoted to the position of Digital Media Planner but ultimately left the company to take on the role of Senior Digital Media Planner at Porter Novelli in 2011. In June 2012, Ashley joined FDA as a Campaign Manager and remained associated with the company until February 2022.

On the show, Ashley mentioned that the idea of Bridal Babes came to her when she was shopping for clothes for her bridesmaids to wear at her wedding. While her bridesmaids were proud women of color who wanted to show off their curves, Ashley found the selection available to be quite restrictive and frugal. Most of the dresses were made with a conventional women figure in mind, and very few were available in bold and bright colors. Thus, realizing there was a gap to be filled in the industry, she got together with her husband and launched Bridal Babes in 2019.

When talking about the inspiration behind starting her own company, Ashley went on to say, “We want to be an example for Black love and Black families. Many of us in the Black community don’t see entrepreneurship in the way the general public sees it.” At present, the company has made quite a name for itself in the industry and is known for its dresses which feature bold colors and exquisite designs.

Most of the dresses of Bridal Babes are made keeping women of color in mind, and the company even offers online as well as in-person consultations where the customer is provided with a fabric sample before the dress is created. Ashley takes pride in how her company creates a space for diversity and mentioned that she even wants to use models from different backgrounds for her products.

Where Is Bridal Babes Now?

Both Charles and Ashley have immense experience in marketing and advertising, which came in clutch when establishing Bridal Babes. Ashley mentioned that she was not afraid of spending money on promotions, knowing her eye for detail and business acumen would push her toward success. Moreover, Ashley and Charles quickly adopted new marketing methods, including appearing on Instagram Live and meeting customers face-to-face, which further increased their reach. Unfortunately, when the COVID-19 pandemic hit the world in 2020, like all other businesses, Bridal Babes also took an initial hit.

However, Charles and Ashley were quick to take feedback from their customers. Since they already had an online network of about 65,000 brides of color, they were soon able to make the needed changes in order to get the business back on track. Talking about their experience and eventual return to form during the pandemic, Ashley said, “Even though people weren’t having big weddings, they were still getting married, and they told us how we could still pivot and be profitable. We listened to them and made the shifts in our inventory.”

Since then, Bridal Babes have passed one milestone after the other on its way to success. Apart from being featured in several prestigious publications, the company received a $15,000 grant from Capital One in 2021 for earning the second spot in Boss Women Media’s Black Girl Magic competition. At present, Bridal Babes dresses can be purchased from their official website, with most products falling between the $200 to $300 price range.

When talking about her future goals, Ashley mentioned that apart from increasing their revenue in order to get more investors, she also wants to hire more people and add more automation to make the production process more efficient. It is inspiring to witness Charles and Ashley’s immense success, and we wish them the very best for the years to come.