Where Is Brooke Skylar Richardson Now? 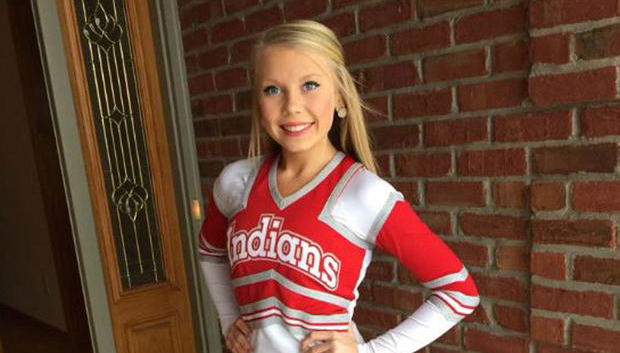 Brooke Skylar Richardson, an 18-year-old high school cheerleader, made the headlines in 2017 when she was accused of killing her newborn baby just two days after her prom in May. The details of the case, including ones which suggested that she burned the baby’s corpse before burying it in the backyard of her parents’ house, made her the target of intense speculations along with being the subject of a police investigation.

Who Is Brooke Skylar Richardson?

Brooke Skylar, who now just goes by Skylar, is from a small town in Ohio, by the name of Carlisle, population 5,000. The daughter of Kim and Scott Richardson is also the elder sister of Jackson Richardson, their son. Although she had a happy and loving family, troubles in her life started when she was just 12 years old and in the sixth grade. She developed eating disorders like anorexia and bulimia, which consumed most of her life.

She was skinny, and she was tiny, so she was the perfect cheerleader. When the season was over for her, she would binge eat, but because of her disorder, she would later start starving herself again. Her parents tried everything to help her, but nothing worked. And Skylar was diagnosed with body dysmorphia, a mental disorder involving an obsessive focus on appearance.

So, when she was gaining weight because of her pregnancy and didn’t tell anyone even after she found out about it, they just assumed that she was getting curvier because she was successfully battling her eating disorders and getting better. On her prom day, she didn’t drink and left early because she wasn’t feeling too well, and two days later, she gave birth to her stillborn daughter in a bathroom at her home. In shock, bleeding, and not having enough courage to do anything else, Skylar buried her daughter, who she calls Annabelle, in the backyard.

Two days after that, because she talked to a doctor about what had happened, she was taken into police custody and questioned. And later, she was on trial for murder and manslaughter of her own daughter.

Where Is Brooke Skylar Richardson Now?

In September 2019, although the now 20-year-old Skylar was found not guilty of aggravated murder or involuntary manslaughter, the jurors did find her guilty of abuse of a corpse. If Skylar had been convicted for the former, she would be spending her life behind bars, but she walked away without any jail time, just three years of probation since she was not. It is speculated that Skylar’s daughter was malnourished in the womb because of her disorders, which is what led to her passing away.

Skylar had planned to attend the University of Cincinnati to study psychology, but her plans were put on hold because of the situation she found herself in. Now that she has her freedom, she hopes that she can move on with her life. In an interview with Cosmopolitan, she said, “I said that if I could survive the trial, I would get all the help I needed. I want to make the best of my life and use my experiences to help in one way or another.”

Along with her body dysmorphia, she has now also been diagnosed with mild PTSD and severe depression. While still battling all her inner demons, she is trying to take back control of her own life, which is why she entered into an eating disorder treatment program and signed up for paralegal classes at a local community college in her area. She hopes that one day she can be an attorney for the Ohio Innocence Project and help others, just like she was helped, by gaining courage from her own past.

Skylar’s regret about the whole situation? Keeping her pregnancy a secret after she found out about it in the eighth month. “I wish I would have done it differently.,” she said. “I’m plagued by guilt every day for not telling someone.”