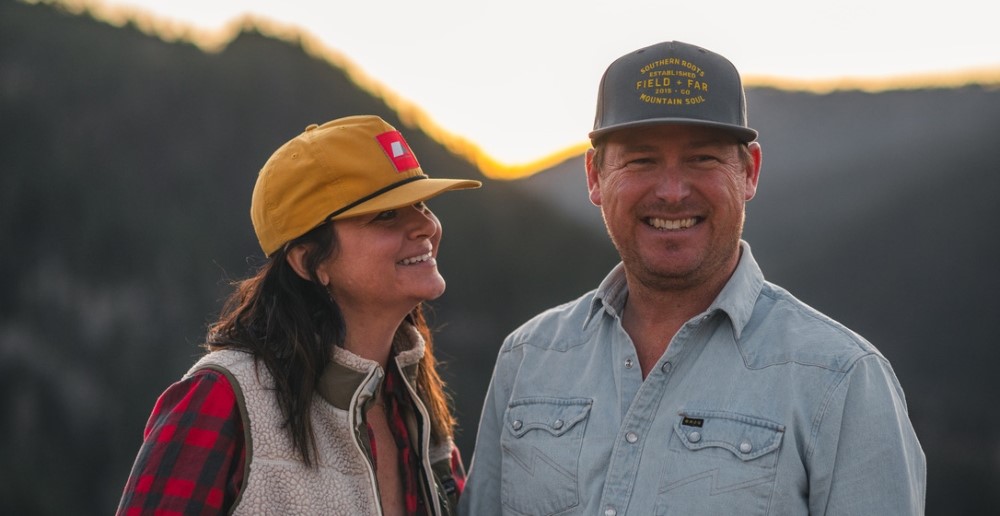 HGTV is known for its amazing line of house renovation shows that are quite addictive. The network has millions of fans who simply cannot get enough of its offerings. A great addition to HGTV’s portfolio of home transformation shows is ‘Building Roots.’ It centers around Ben Dozier and Cristi Dozier, a married couple who renovate properties and offer the people a chance to live in their dream houses.

Apart from Ben and Cristi’s phenomenal skills, viewers can’t get enough of the dynamic and happy couple as they interact and bounce ideas off each other. Their chemistry as personal and professional partners gives people a sense of comfort and familiarity, which is one of the main reasons behind the show’s success. Ever since the show began airing, fans have been eager to know more and more about the Doziers, and if you are in the same boat, we have got your back!

What Do Ben and Cristi Dozier Do?

Ben Dozier was born on June 28, 1977, in Austin, Texas. An alum of Westlake High School, Ben got a degree in Recreation Business and Service Industry from Western Colorado University. He tried his hands in several fields before finding his calling in house renovation. Ben’s prior stints include being a ski instructor at Crested Butte Mountain Resort and Ranch Manager at Young Life Wilderness Ranch outside Creede, Colorado.

Born in Austin, Texas, on October 28, 1977, Cristi Dozier, née Moffett, graduated from Austin High School in 1995. She went on to study nutritional science at Texas A&M University in College Station and then started working at Women Infants and Children in 2000. After that, Cristi switched to a medical institute in 2001, where she worked until 2003.

In 2004, the house renovator couple Ben and Cristi launched their company from their living room called Root Design Company. “I can remember when we thought of the name Root Design,” Cristi shared. “We had the name before we started the business. And we loved the word ‘root’ because it meant the source from which things grow. Yes, it started as a landscape company, but we felt like it lended itself to be whatever we wanted it to grow into.”

Ben and Cristi are known for building beautiful houses for their clients, with no two projects looking the same. Their main aim behind the work is to provide each person with a home suited to their needs and wants. “I really believe that one of our greatest compliments is that no two of our projects look alike,” said Ben. “We don’t want the project to be about us and what our style is. It’s about what the client’s style is and where they see their story going.”

Through the HGTV show, the Doziers hope to share their ideas and creations with the public and provide people with fantastic homes to live in. The focus is not on how beautiful a house can be but rather on how beautiful life can be in that house. “It’s the idea that people are building so much more than a home,” Cristi expressed. “They are putting their roots down. They’re wanting this to grow to be more than just a house project.”

Cristi manages the coffee shop named Root House Coffee + Shop, which she and her husband Ben bought in 2019. Located at 445 San Juan Street, Pagosa Springs, Colorado, the joint serves Colorado-roasted beans and homemade baked goods, among other things. All their business ventures, including FIELD + FAR and JoyCrow, are a part of Southern Mountain Company. The couple has also co-founded 3AG Investments. In addition, the home renovation experts work on destination and commercial properties and assist with brand development.

Ben Dozier and Cristi Dozier got married on March 18, 2000. Their eldest child and only daughter, Adelyn Elizabeth, was nine months old when the Doziers established the Root Design Company. She was born on March 15, 2003. She was an active player basketball player during her school years, and her games landed her in the ER more than once. But like a true champ, she came back better than before. After graduating from high school, Adelyn decided to take a gap year. She embarked on a minimalistic trip across the globe to visit different places and help people. So far, she has been to the Dominican Republic, Guatemala, and South Africa.

Adelyn was followed by her brother Gunnison Alan on December 17, 2004. They have two more younger brothers, Benjamin “Creede” and Christopher “South.” Interestingly, two of Ben and Cristi’s kids are actually named after cities in Colorado! The family of six now lives in a 100-year-old Victorian riverfront home in Pagosa Springs, Colorado, with The Root studio headquartered in a historic barn within the property. The Doziers love spending time with each other and enjoy outdoor activities like hiking and skiing.

Ben and Cristi have built a life together that is both successful and fulfilling. With Ben’s daring nature and Cristi’s cautious sense, the two balance each other beautifully as business partners and co-parents. They have even taught each other many valuable lessons. We wish the couple and their family our best and hope that their future endeavors go well.