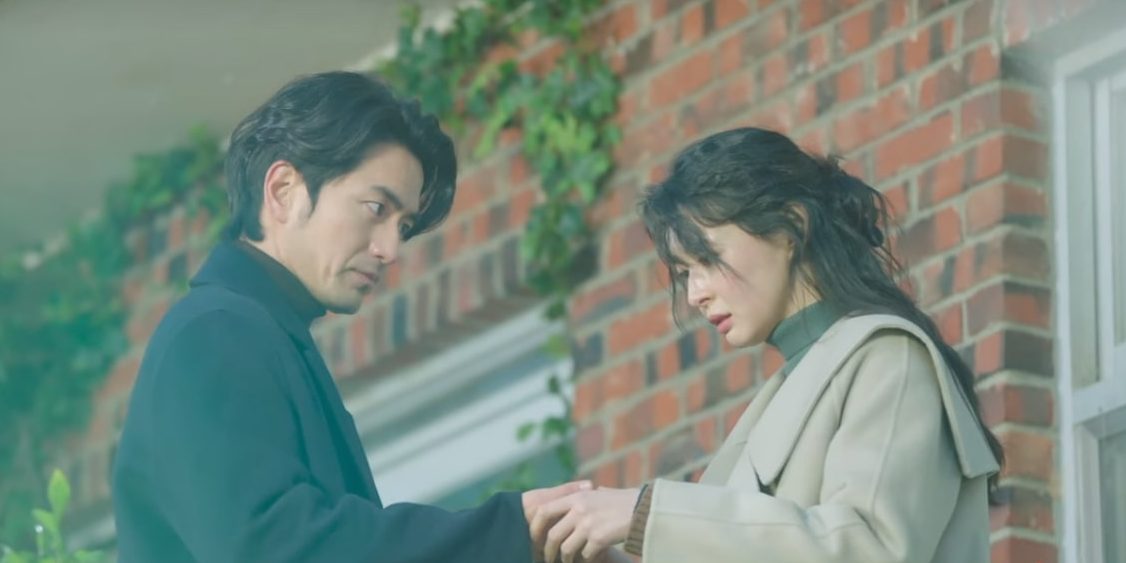 Created by Kim Je-Hyeon and Kim Young-kyu for tvN and Netflix, the epic fantasy Kdrama series ‘Bulgasal: Immortal Souls’ – alternatively ‘Immortality’ – revolves around the idea that time is cyclical. However, if the curse of the titular Bulgasal is upon you, you would live for an eternity. Such is the case of the cursed boy, aka Dan Hwal, and his adversary, Ok Eul Tae.

After the first couple of episodes give us an account of what happened six hundred years ago, the present story brings us in the middle of boiling tension. Hwal encounters people from his previous life after all these years, including the mysterious savior angel of his childhood. The ending may give rise to some questions while it delivers some answers. If you are eager to recollect, let us delve deeper into the intergenerational drama. SPOILERS AHEAD.

While oscillating between timelines, the series creates the myth of Bulgasal. Six hundred years ago, a cursed boy was born in the land of Goryeo. After his mother dies before childbirth, the boy faces neglect and torture from the villagers, only to be saved by Kim Hwa-Yeon. He crosses paths with General Dan Geuk, who adopts him and gives him the moniker of Dan Hwal. Hwal becomes a legendary monster slayer, while the curse of Bulgasal does not leave him. His son, A-chan, is blind from birth, and another child dies. Hwal takes it upon himself to hunt down Bulgasal, but the monster attacks the kingdom when Hwal is away, killing his wife and child.

As Kim Hwa-Yeon, the presumed Bulgasal, consumes Hwal’s soul, Hwal becomes Bulgasal, fulfilling the shaman’s prophecy. After the incident, Dan Geuk also dies in the arms of Hwal. On the other hand, Hwal lives into the present era, hunting down the woman who killed his wife and child. On another side of the story, siblings Min Sang-Yeon, Min Sang-un, and Min Si-ho live with Sang Un-mo, their mother. Min Sang-Yeon remembers her past life as Kim Hwa-Yeon and lives in fear of Bulgasal. When a car follows her twin sister Min Sang-un home, Sang-Yeon takes her to Kim Bo-Yun, Kim Hwa-Yeon’s sister.

After a past incident, the villagers think Kim Bo-Yun’s house is cursed. Little Min Sang-un misses the home and distrusts Sang-Yeon. However, Sang Yeon’s premonitions manifest when a hooded assailant breaks into their house and kills her and her mother. Min Sang-un and her younger sister escape the incident, and Sang-un adopts a new identity to lose the tail of Bulgasal. Thanks to his private detective, Hwal gets to know the location of Min Sang-un. With butcher Lee Hye-suk’s help, the shaman’s reincarnation, Hwal tracks down Sang-un, but he is not the only one involved.

Another Bulgasal, Ok Eul-tae, is also after Sang-un’s life to take revenge on behalf of Sang-un, trapping him into immortality. While out of his wits, Hwal saves Sang-un, confining her to his modest house. An adolescent boy named Nam Do-Yun comes after being rescued by Hwal from the monster Teoreokson. He follows Hwal everywhere, eventually sniffing out that Hwal is Bulgasal. On the other hand, Hwal meets Min Si-ho, Min Sang-un’s sister, a reincarnation of Hwal’s wife. Meanwhile, we meet Kwon Ho Yeol, a detective who handled the case of Min Sang-Yeon’s death. Detective Kwon, however, has a personal reason for hunting down Hwal – as Hwal is the Bulgasal who killed his monstrous father.

In the present, Hwal comes back from the hiatus to save Min Sang-Un and becomes a close associate to Hwal. Meanwhile, Hwal realizes that Nam Do-Yun may have been A-Chan in his past life. His life course is similar to A-chan’s – only, he got back his eyesight after a surgery Ok Eul-tae financed. However, when Eul-tae asks Do-Yun to bring Sang-un, Do-Yun cannot betray his new family. While Hwal and Kwon escape her clutches, Eul-Tae’s assistant, the monster Dueoksini, gets hold of Do-Yun. After assailing Dueoksini, Eul-tae shots Do-Yun to cover his secret, but Do-Yun recovers. The secret entails that Ok Eul-tae killed Hwal’s wife and son, and not Kim Hwa-Yeon as Hwal thought.

Min Si-ho can still read the past, but Ms. Lee prophesizes that uncovering the history would cause death for all. More importantly, the one who cannot remember the past would come to, and she would kill all. Ok Eul-tae spills to Hwal that the myth dates back to not six hundred but a thousand years. Hwal sided with Sang-un even in the past, causing their deaths. Before her death, Min-Sang Yeon talked about a sword Sang-un would find to save her from Bulgasal. They later realize that Ok Eul-tae and Dan Hwal are the only swords that can kill each other – in other words, they are arch-rivals fated to a fatal battle.

Dan Hwal and Min Sang-un were the original Bulgasal couple a thousand years ago, and despite his best interests, Hwal is the one who initiated the cycle. As Bulgasals, the couple saved two kids from a masked assailant. Min Sang-un took the children to the hut of Lee Hye-suk in her past life. She reared them up while Sang-un left Hwal to live with the family. The children grow up to be identical to Nam Do-Yun and Min Si-ho. After the death of his stepson, presumably in the hands of his other son [Ok Eul-Tae’s past incarnation], a tyrant king [Dan Geuk/Detective Kwon’s past incarnation] sent people to the mountains in search of Bulgasal. The reason for the problem – Ok Eul-tae blamed Bulgasal. The king found Lee Hye-suk’s house and discovered that the ageless woman [Min Sang-Un] was Bulgasal. 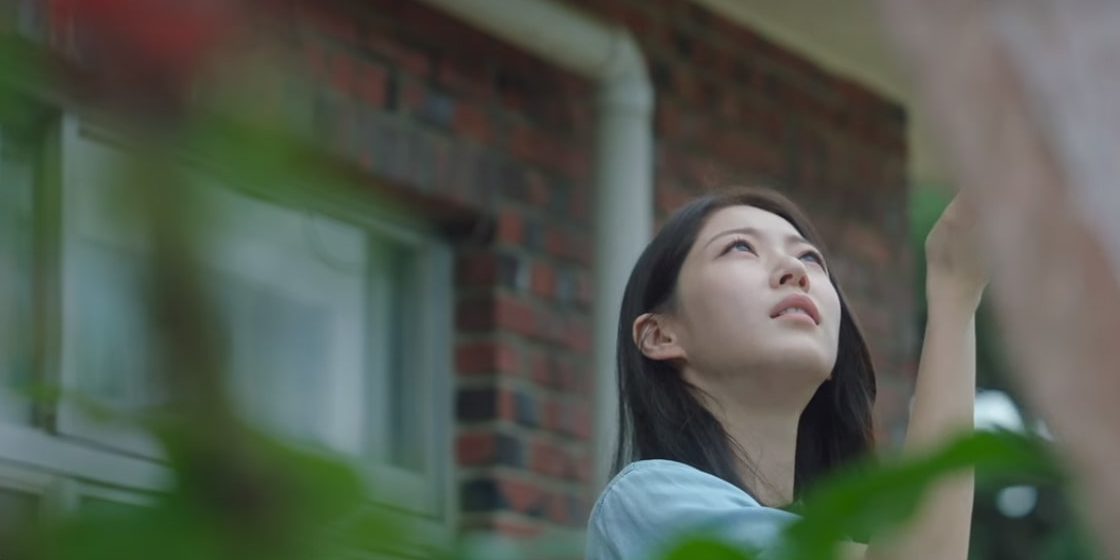 When the king tortured the woman, her monstrous partner [Hwal] exacted deadly wrath on his soldiers. The woman dissuaded her partner while the king and the two children tried to assail him. Then, the original Bulgasal put curses upon all of the three – following which, Dan Geuk loses his hand, Dan Sol cannot give birth to able children, and A-chan is blind from birth. He went ahead to kill them, while Min Sang-un took her own life to stop his atrocities. Later, when the king’s elder son left with Hwal, the latter consumed the soul of the former. While Hwal died, taking a human form, Ok Eul Tae became Bulgasal. Eul Tae killed Hwal’s wife and child six hundred years ago, making Hwal another Bulgasal. Back in the present, it all comes down to the final minutes, when Hwal takes a drastic decision.

The finale presents Hwal with a chance to end his 600 years of life and bring the cycle of vengeance to a close. In the second last episode, Hwal reaches Ok Eul-tae for a destined duel. Hwal promises to come back to Min Sang-un, but the battle does not go as planned. Hwal takes a hit as Eul-tae throws him into his well, covering the top. Min Sang-un injects the animal poison that they acquired from Dueoksini to Ok Eul-Tae. Meanwhile, Detective Kwon urges Hwal to drink blood from him, and the taste of blood brings back memories for Hwal. He comes to see the past vividly and thus knows of his past as a Bulgasal. Ok Eul Tae fills the blank spaces for Hwal, and a fight ensues.

Ok Eul Tae eventually accepts his defeat and urges Hwal to drink his blood. Hwal drinks all the blood and chooses death to end all his curses. Moments later, Sang-un also dies in the embrace of Min Si-ho, but she is happy to see the siblings from their previous life back together. However, it is not clear whether they are dead or alive since Hwal reappears in the final moments before the reincarnation of Min Sang-un. The suggestion is that the cycle continues. However, considering Min Si-ho gives birth to an average child, HwaHwal’srse comes to an end, and we figure that Dan Hwal has indeed died, and so has Min Sung-un. Thus, although they meet again in a future life 50 years later, we gather that they don’t identify with their original names.