Bust Down Season 2: Renewed or Cancelled? 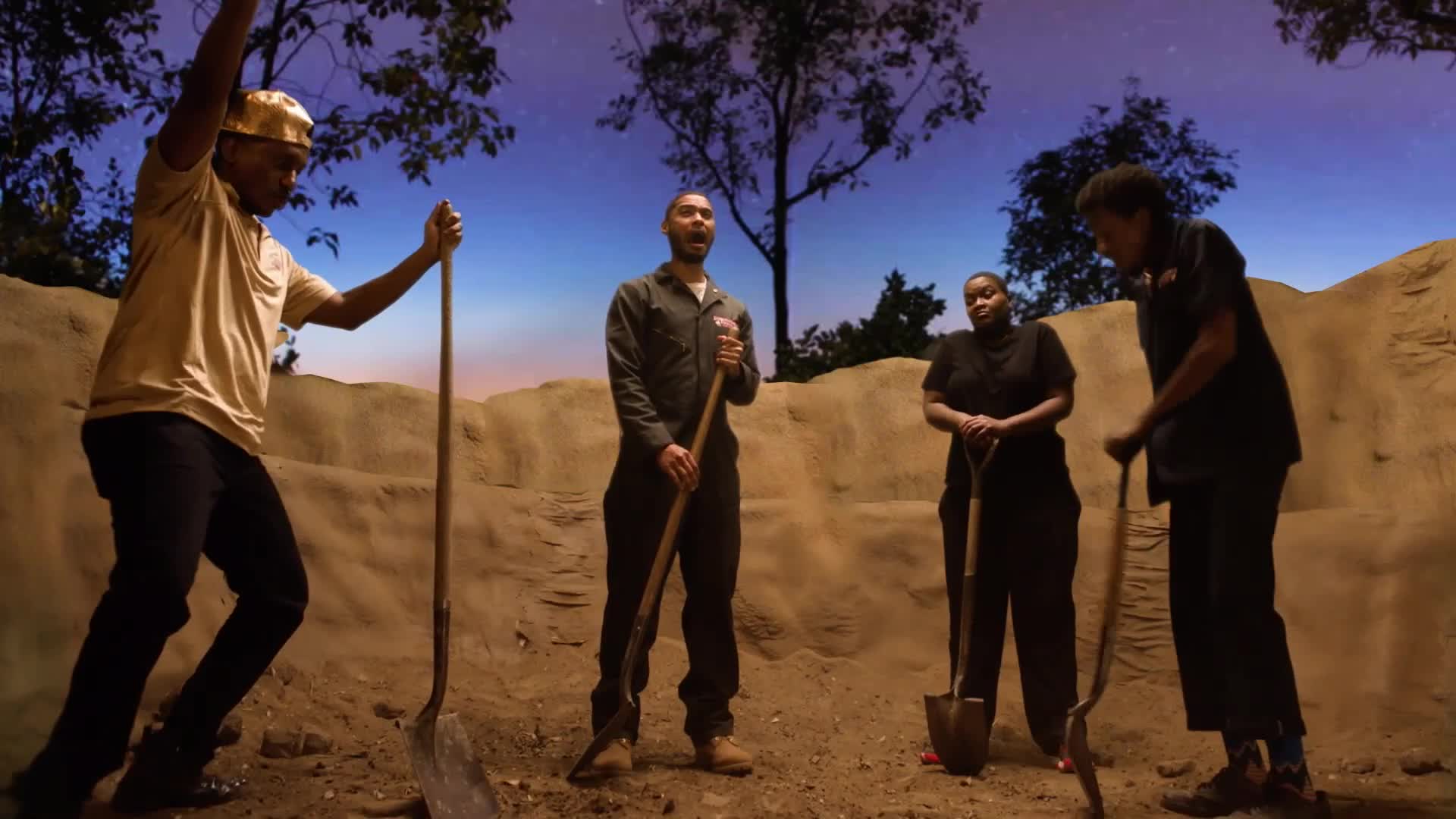 ‘Bust Down’ is a comedy series co-created by real-life friends Langston Kerman, Jak Knight, Sam Jay, and Chris Redd and is based on their own friendship. The narrative revolves around four friends working low-wage jobs in a casino in middle America. Almost every character brings a different set of bad ideas to the table so as to have a slight feeling of self-worth in themselves. It is interesting to see how different each character is from one another, yet they are still able to form a special bond and work together as a clique.

The satirical and extensively funny narrative of the show has been received positively by critics and some fans have been positively surprised due to its authenticity and comedic theme. Originally premiered in March 2022, the series has garnered quite a strong fanbase in a short time. So, if you are a fan of the show and are looking forward to the next season already, you must be curious to find out if there will be a second round or not. Well, we have the answers to your questions!

‘Bust Down’ season 1 released on March 10, 2022, on Peacock, with all the episodes airing on the same date. The first season consists of only six episodes that have a runtime of about 25-30 minutes each.

When it comes to the second season of this comedy series, here is all the information that we have regarding that. As of yet, neither the network nor the cast members have come forward to make an official announcement regarding the renewal or cancellation of the show. The critical response for the first season inclined more towards the positive side, while fans have appreciated the use of satire and right comedic timing seen throughout the narrative, with each cast member playing their part in making it a funny yet eye-opening watch.

Add to this the fact that the creators have been working on ‘Bust Down’ for nearly half a decade (as admitted by Langston), which means that there must be a plethora of plots and storylines that they have thought of or written, by now. It is more than possible that the core four were just testing out the waters with the first season to ensure that it is received well-enough by the viewers. So, considering the aforementioned factors, we hope that the network will recommission the series for another round. If that happens by the end of Summer 2022, we can expect ‘Bust Down’ season 2 to release sometime in Q1 2023 on Peacock.

Bust Down Season 2 Cast: Who can be in it?

The entire narrative of ‘Bust Down’ revolves around the characters of the four friends and co-creators Chris Redd (Chris), Jak Knight (Jak), Sam Jay (Sam), and Langston Kerman (Langston). Therefore, they will undoubtedly reprise their roles if the second season of ‘Bust Down’ gets greenlit. So, you can expect to witness and enjoy the same comedic effect that you are used to from the first season.

Other than the main cast members, DomiNque Perry (Nina), Freddie Gibbs (Chauncey), Phi Tran (Tiki), Jak Knight (Jak), Shani Ashley Francillon (Patrice), Dan Bakkedahl (Horace), Estella Henderson (Chris’ Mom) and Alexis Rhee (Mary) are also expected to retain their roles if the show returns with season 2. Moreover, there might be introduction of new characters so you should be on the lookout for some fresh faces too.

Bust Down Season 2 Plot: What can it be About?

Right off the bat, the comedy series lets the viewers know that it is not afraid to portray some of the controversial topics that are prevalent in today’s society. In the first episode itself, Jak gets groped by a manager, which ignites different kinds of reactions from his friends but he has to decide what he wants to do. Setting off the idea of the series, it continues to portray other serious topics at hand in the following episodes while still managing to add comedic effects at the perfect moments.

In the second season, if it gets released, we can expect to see the clique of friends continuing their journey as they tackle the difficulties that life throws at them while still being able to kick back and deal with their issues by joking about them and having some therapeutic laughs together.

Read more: Where is Bust Down Filmed?