Buy My House Season 1: Where is the Cast Now? 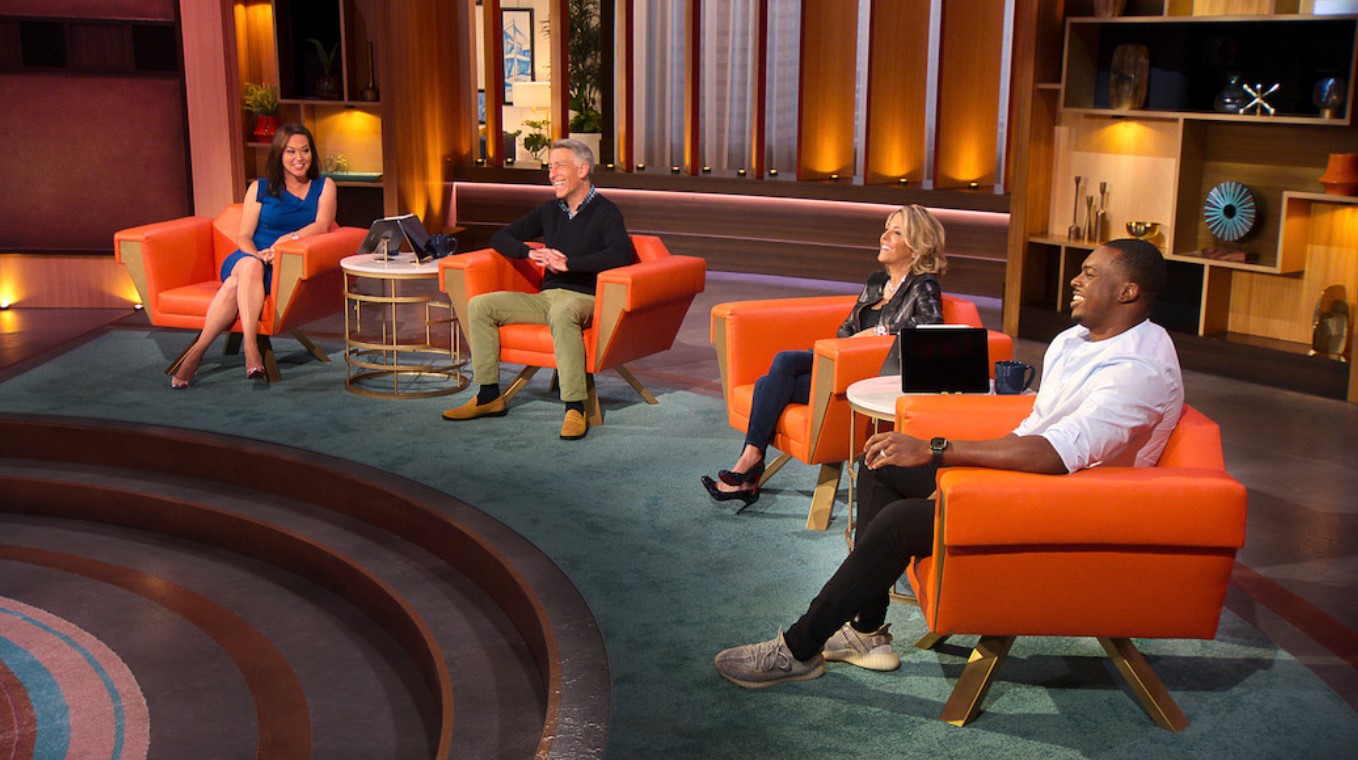 Netflix’s ‘Buy My House’ is a real-estate reality show that features landlords and homeowners from around the United States looking for a good deal for their properties. Interestingly, these homeowners present the standout features of their respective properties to four renowned property investors, who buy them on the spot. Apart from witnessing breathtaking houses around the country, viewers become a part of each deal as it becomes a life-changing experience in the homeowners’ lives.

Every episode in ‘Buy My House’ takes the audience into the lives of the homeowners as we get a sneak peek into their everyday routine. Thus, with the cameras now turned away, fans are curious to know where the season 1 cast is at present. Well, fret not because we come bearing answers!

Where Are Odette and Wallace Weatherspoon Now? 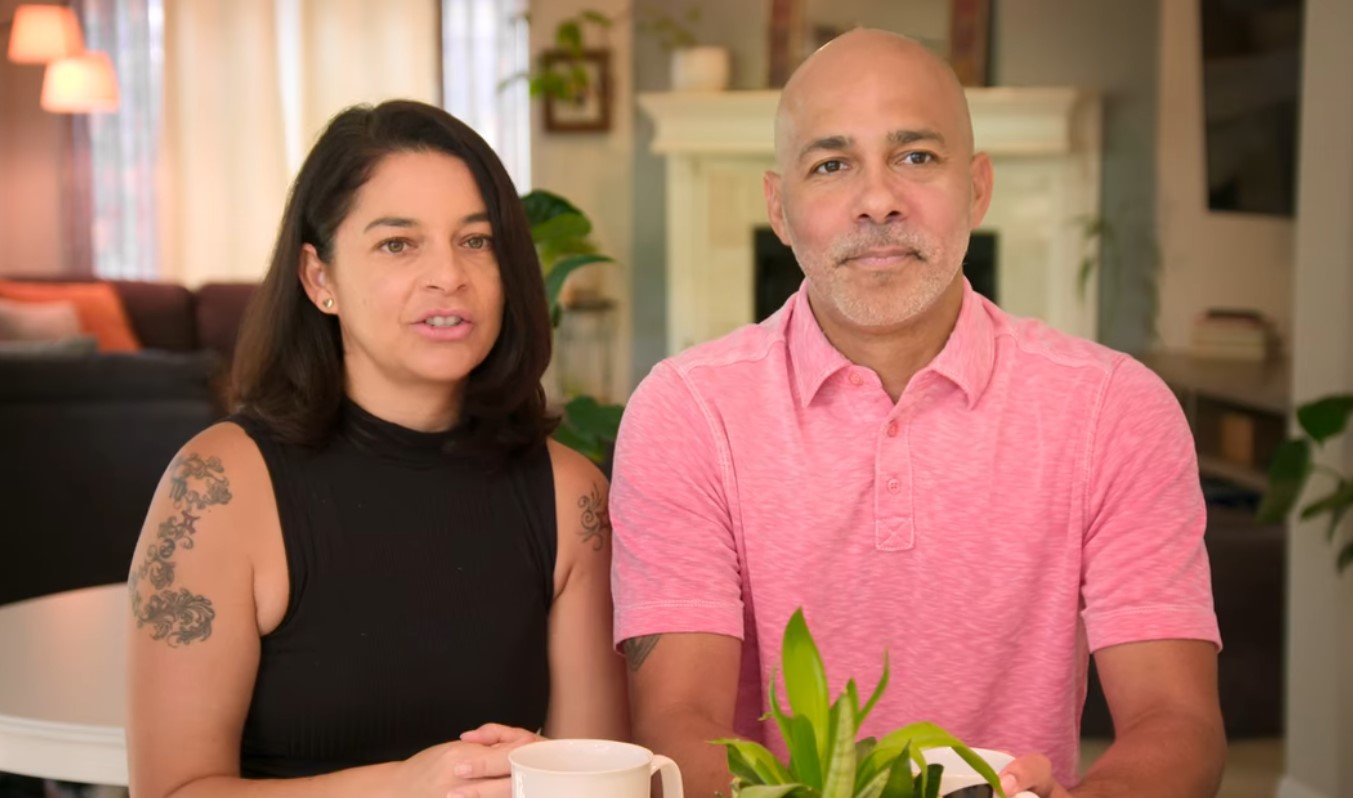 Odette and Wallace Weatherspoon sold their house in the Circle C Ranch in Austin, Texas, for $775,000. However, they said they would be downsizing and have since seemingly moved into a smaller house in Austin. While Odette prefers to keep her life under wraps, Wallace currently works as a Creative Studio Manager at Weld North Education.

Where Are Jess and Brian Johnson Now? 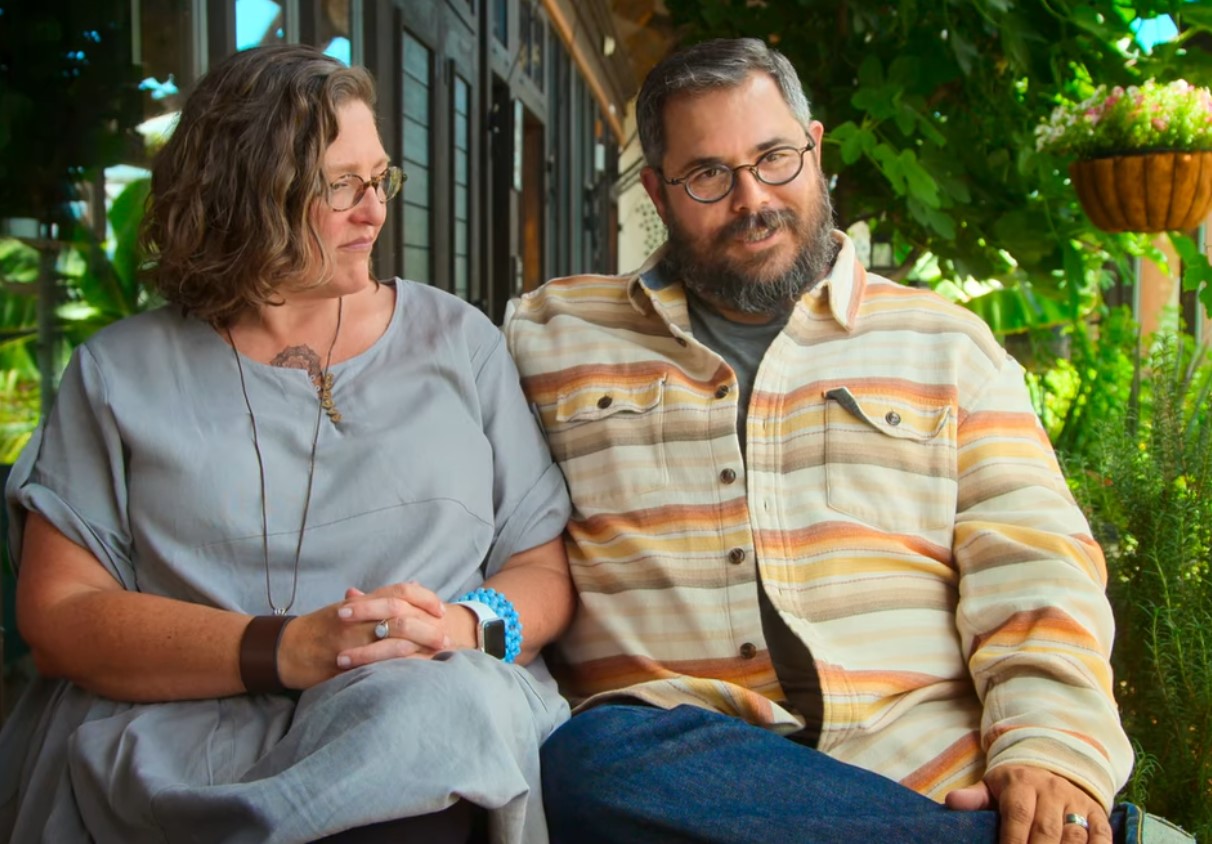 Jess and Brian could not find a fair price for their Taos, New Mexico, home on the show. Nonetheless, they were open to the real estate magnates visiting their property before putting a specific price on it. Although, from the looks of things, the couple is still enjoying life in their completely ecological, fully sustainable Earthship home and hasn’t sold it yet.

Where Is Ginger Casper Now? 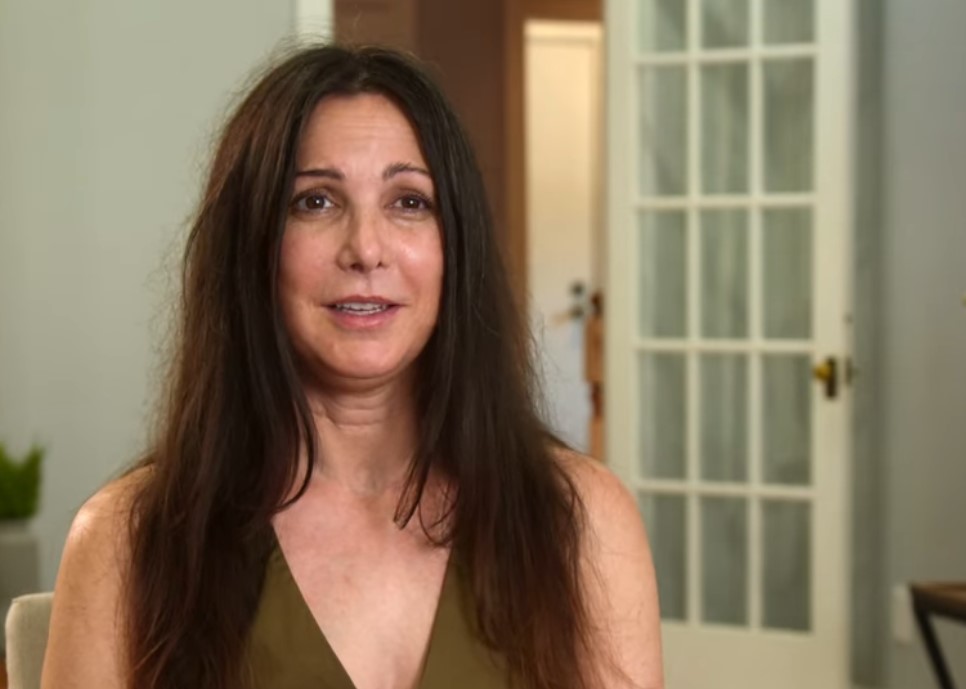 Ginger Casper was hoping to get a reasonable price for her Oklahoma City, Oklahoma, home on ‘Buy My House.’ Ultimately, she managed to sell it to Glenn Kelman for $720,000. Ginger still resides in Oklahoma City and currently works as an attorney for C. Craig Cole and Associates; on the other hand, she co-owns the company Workflow OKC.

Where Are Mark Groves and Katia Miramontes Now? 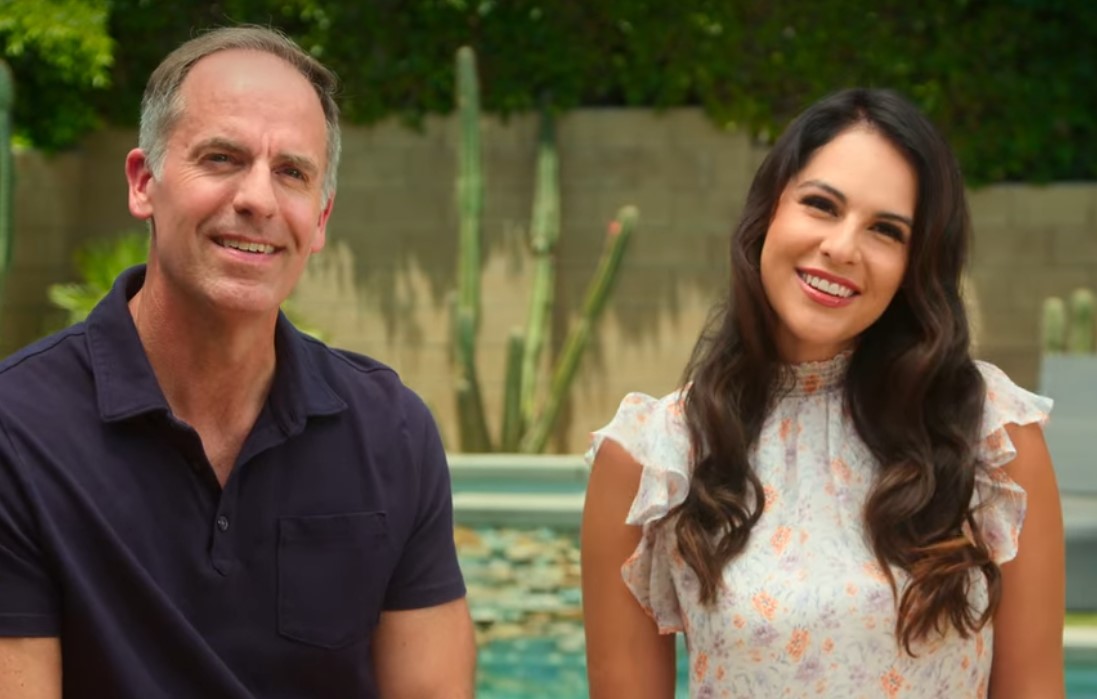 Mark and Katia were looking for an interested buyer for their gorgeous Indio, California, property. Surprisingly, they ultimately turned down an offer for $1,400,000 and chose to look for a buyer in the real estate market. Interestingly, Mark and Katia are currently massively successful in their professional lives. The former works as a Branch Manager at the Sherman Oaks branch of Coldwell Banker and the latter is employed as a real estate agent by the Beverly Hills-based Joyce Rey Luxury Real Estate.

Where Are Courtney and Tim McCorkle Now? 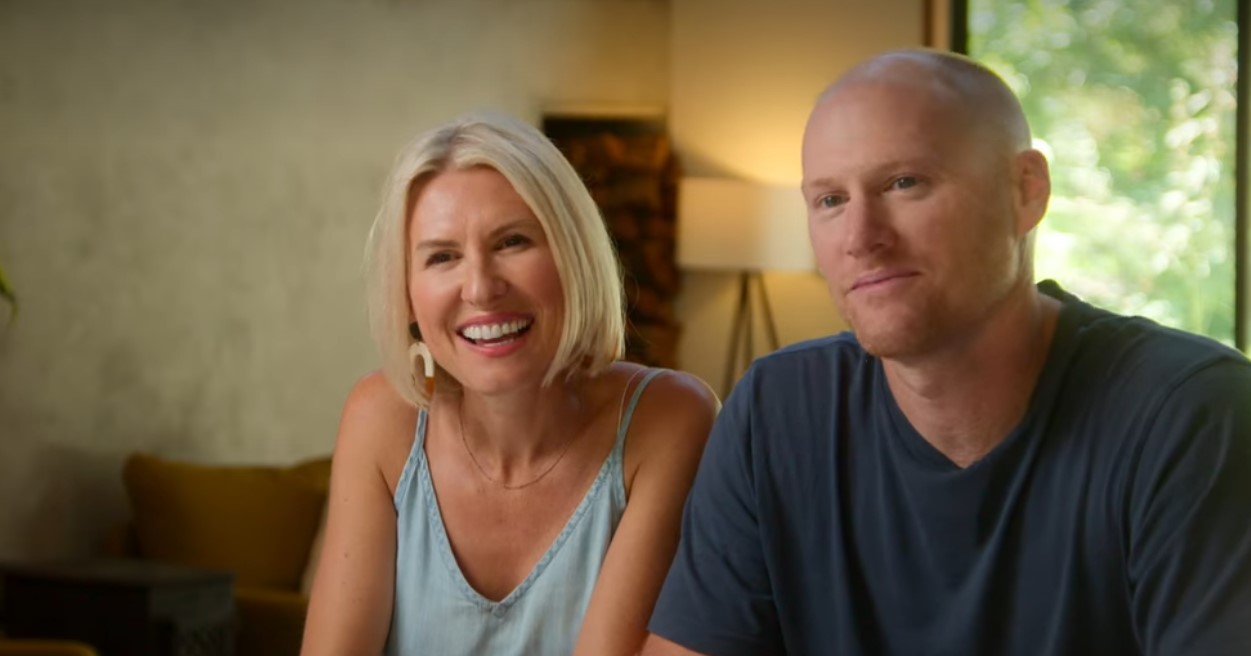 Courtney and Tim McCorkle planned to sell their Bakersfield, California, for a handsome amount. Ultimately, they ended up selling it to Danisha Wrighster for $808,000. Interestingly, the couple still seems to live in Bakersfield in the present, where Tim works as a mechanical engineer, and the pair have built up a wonderful life surrounded by their five children.

Where Are Jim and Michelle Gorman Now? 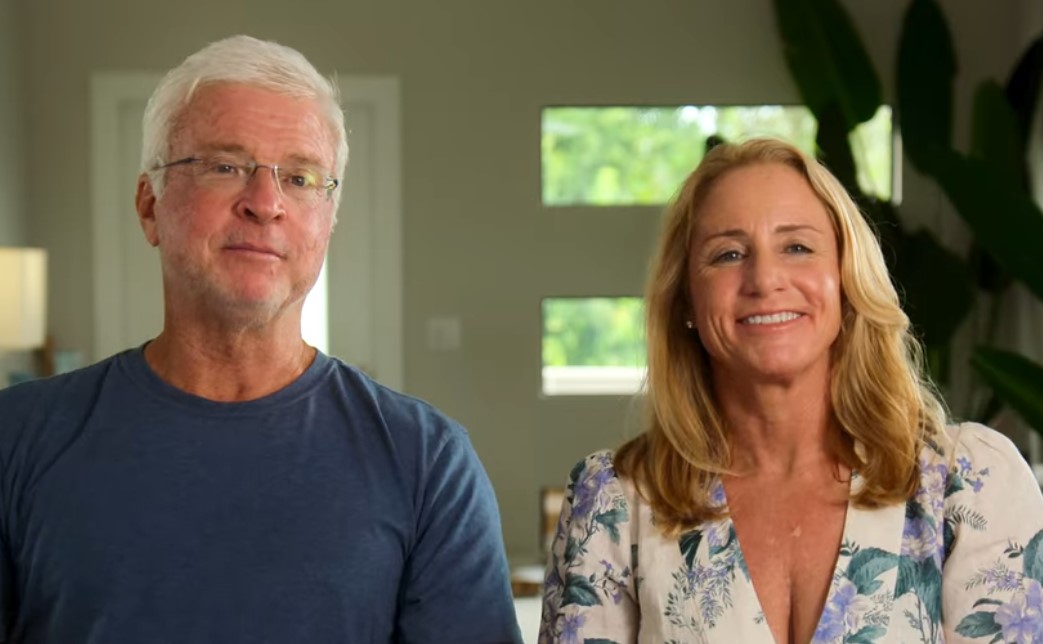 Jim and Michelle Gorman wanted to sell their all-steel modular home in Naples, Florida. Ultimately they sold it to Pamela Liebman for $440,000. Since then, the couple has embraced privacy and has a limited presence on social media, making their present whereabouts a mystery.

Where Is Lee Burrell Now? 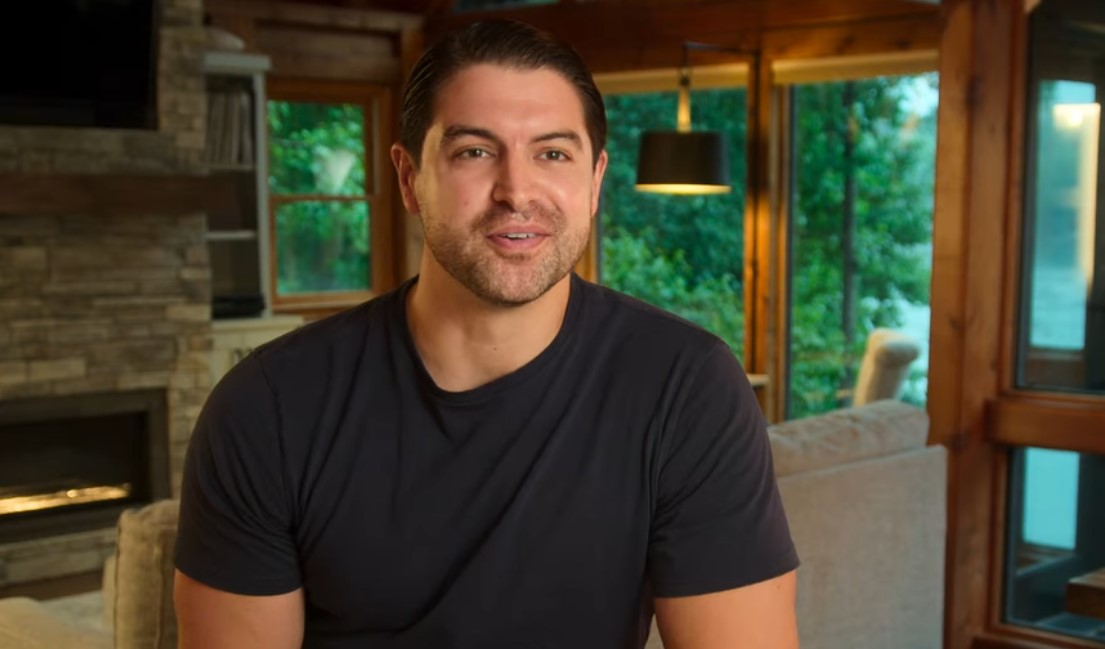 Lee Burrell was on the lookout for a buyer for his gorgeous Gainsville, Georgia, property, popularly known as the Hygge House. Interestingly, by the end of his pitch, he was ready to shake hands with Brandon and Danisha as the three decided to work together in a development partnership. Currently, Lee resides in Atlanta, Georgia, and works as a Major Account Executive for Blue Yonder.

Where Are Stephanie Mader and Dan Holvick Now? 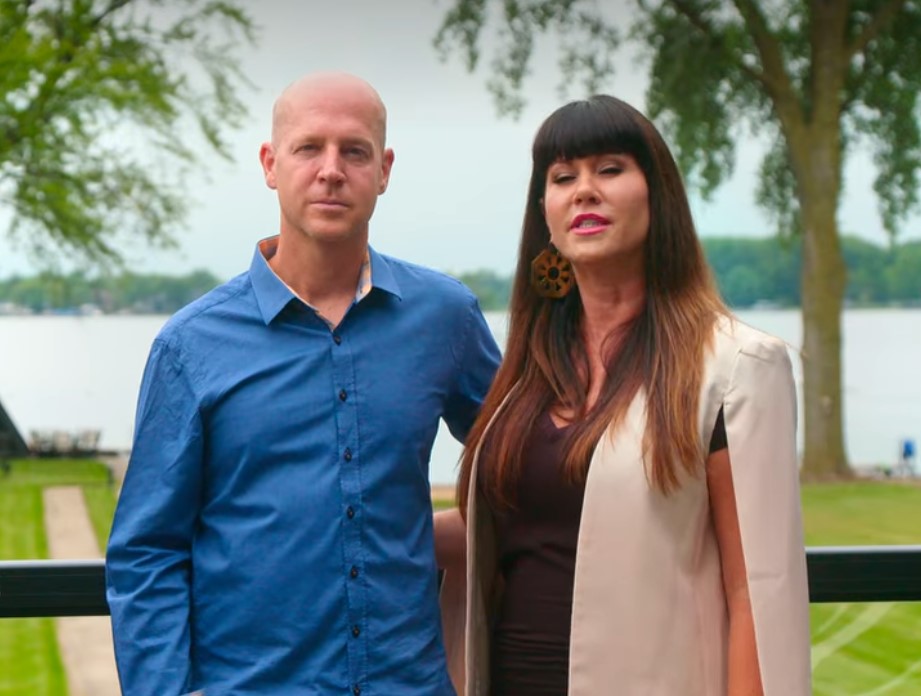 Madison, Wisconsin, residents Stephanie Mader and Dan Holvick were excited to put their house on the market. Moreover, the couple even ended up accepting a deal for $1,950,000. Interestingly, Stephanie and Dan are still based out of Madison, Wisconsin, and while he runs a commercial real estate company, she has her own interior designing firm.

Where Are Chris and Erin Potts Now? 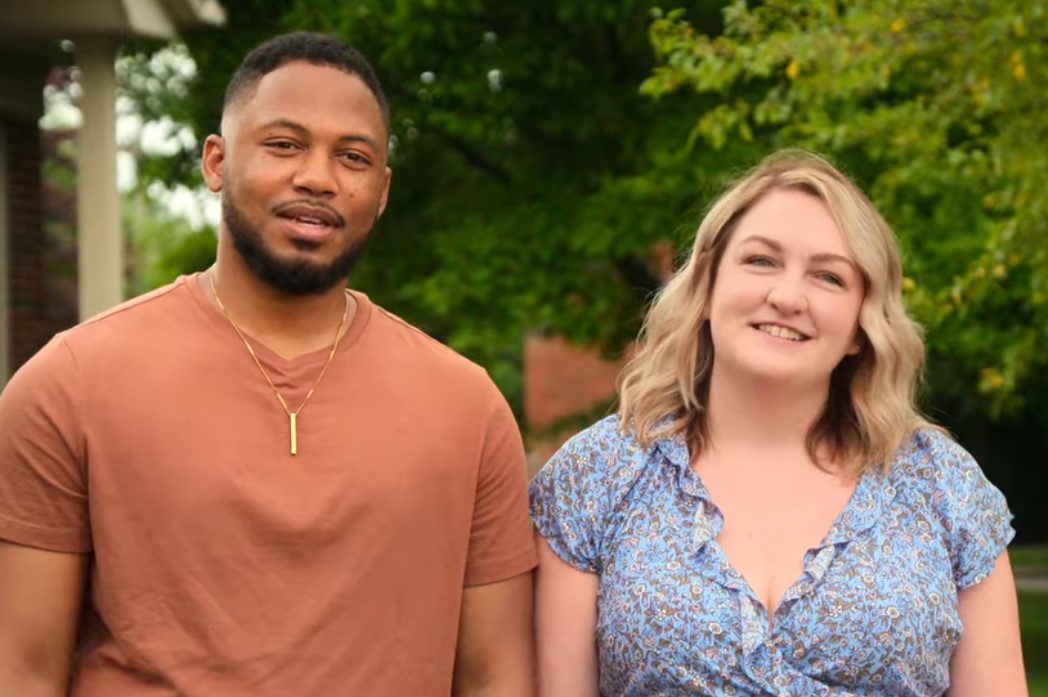 Chris and Erin Potts sold their beautiful Allen Park, Michigan, house for $170,000. The couple currently seems to reside in Detroit, as the former works as a law enforcement officer at the Detroit Police Department, and Erin is a full-time stay-at-home mother.

Where Are Jay and Sandy Wong Now? 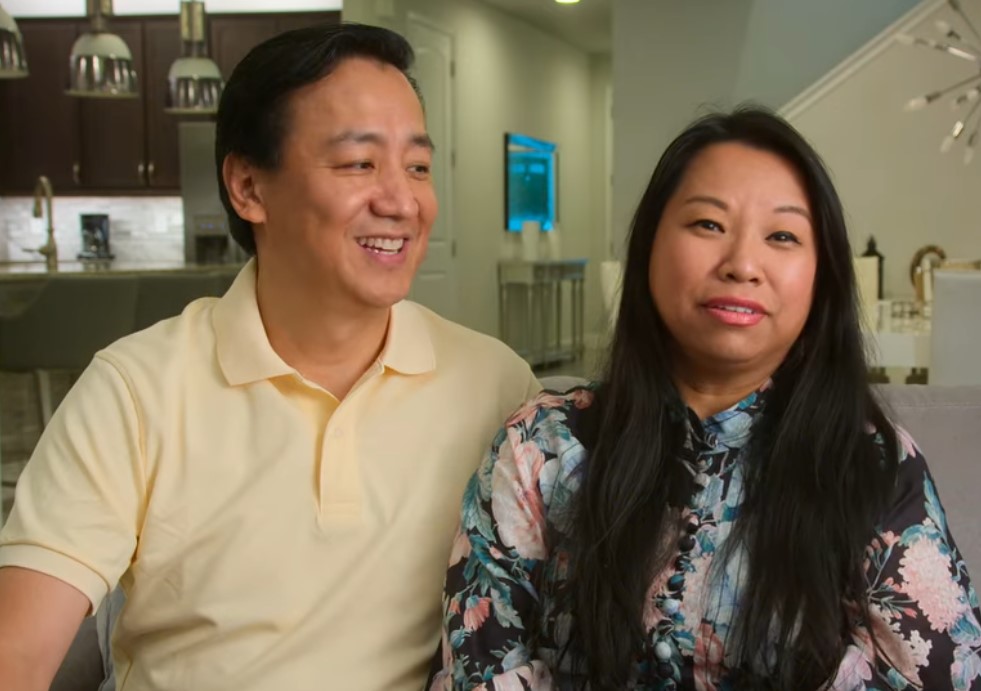 Jay and Sandy Wong were looking to sell their Kissimmee, Florida, vacation home for a good price. Unfortunately, they could not find a reasonable offer and had to decline. Although the couple prefers to keep a low profile, they still seem to reside in Kissimmee. Besides, Jay mentioned that he has a background in architecture, which makes us believe that he is working professionally in the same field.

Where Are Celine and Brent Garrett Now? 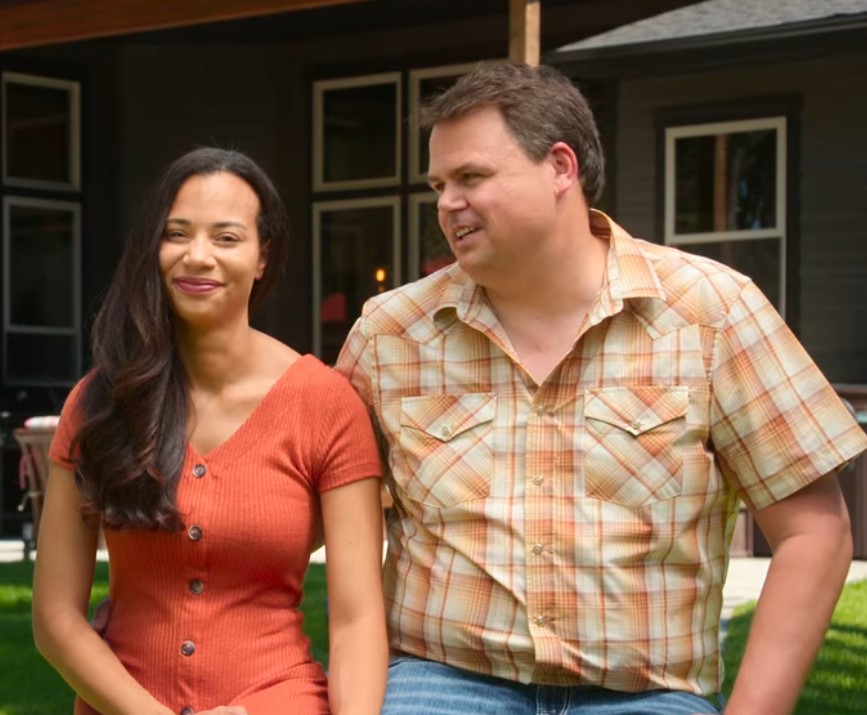 Celine and Brent were looking to sell their Columbia Falls, Montana, home but, sadly, were unable to find a deal to their liking. Following their appearance on the show, the couple chose to embrace privacy. Yet, from the looks of it, the two now reside in Lake Forest, California, and are proud parents to four wonderful kids.

Where Are Dache and Audrey Noldon Now? 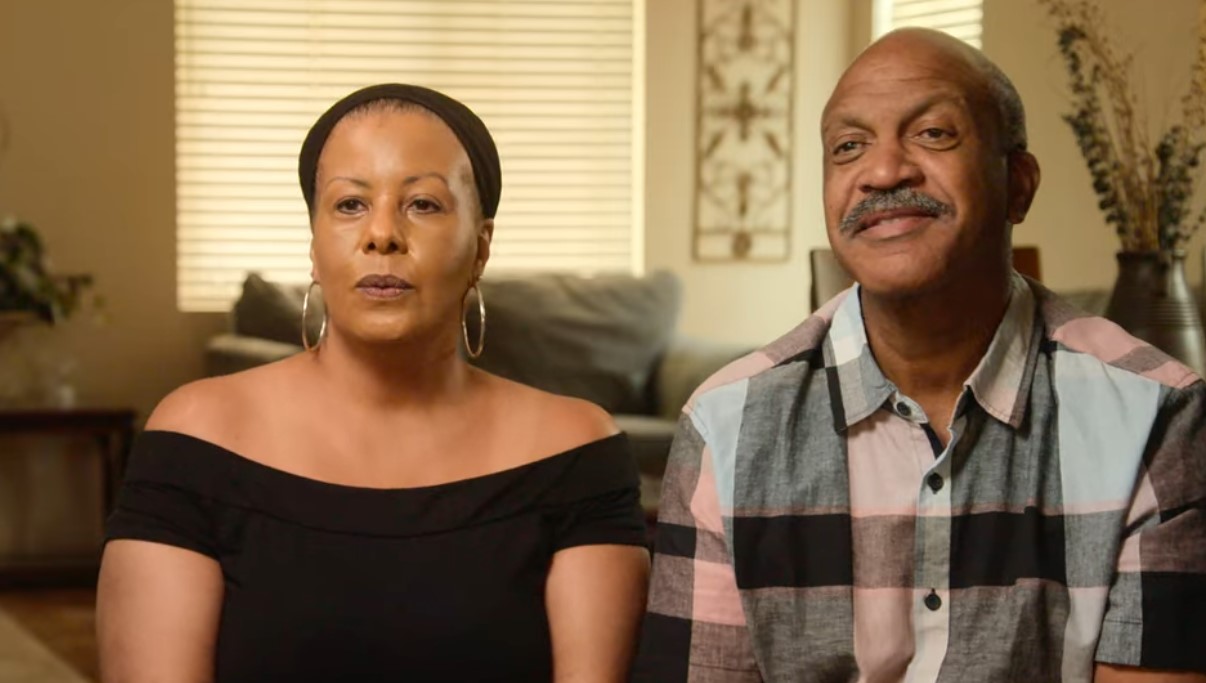 Residents of Palmdale, California, Dache and Audrey Noldon, managed to sell their house for $585,000. Since then, the couple has seemingly moved to the city of Downey, where they have built a wonderful life surrounded by family and friends.

Where Are Joshua Lagos and Raul Cruz Now? 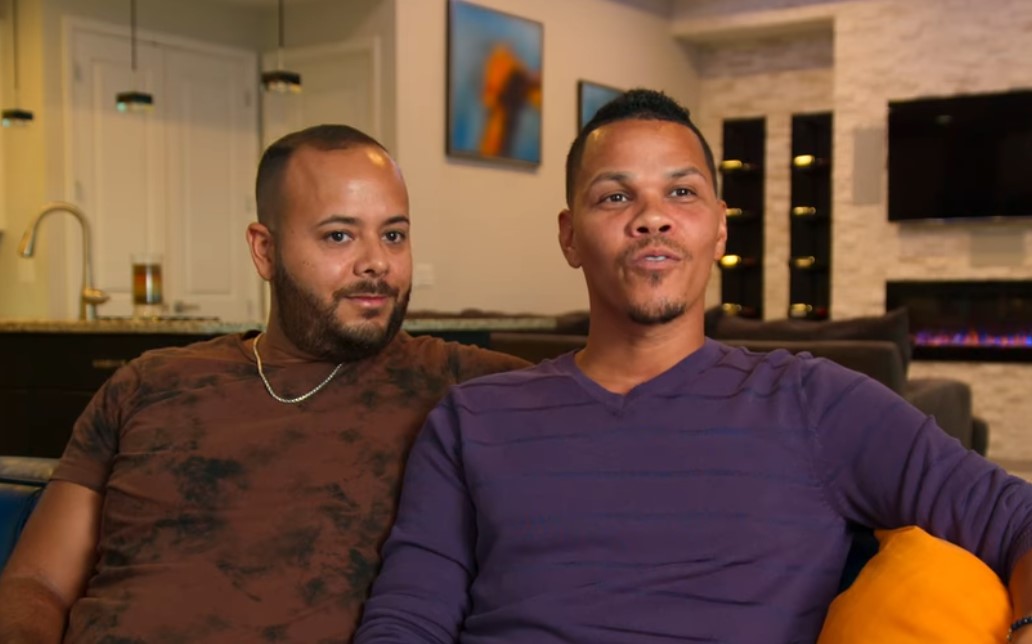 Joshua Lagos and Raul Cruz were planning to sell their beautiful Davenport, Florida, house to a proper buyer. Ultimately, they ended up selling the property for $660,000. Interestingly, even though the house is now sold, the couple has seemingly moved into another home in the same location. Not just that, like the first house, their second home has also been designed by Raul. The two mentioned that they are now looking forward to starting a family and are planning to get pets.

Where Are Rachel and Jesse Gainsbrugh Now? 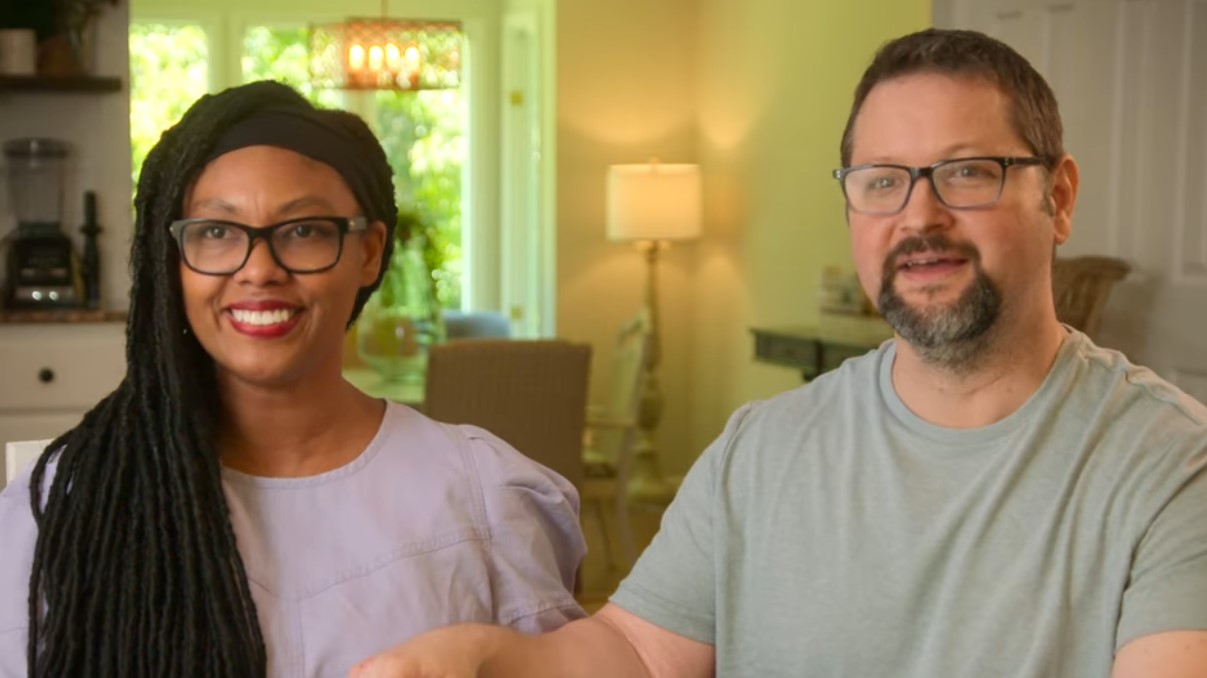 Rachel and Jesse Gainsbrugh were looking for a potential buyer for their wonderful Peachtree City, Georgia, property. Ultimately, they ended up selling it for the attractive price of $770,000. While the couple mentioned that they wanted to build their dream beach house in Florida, it looks the two are still based out of Peachtree City. Furthermore, Jesse works as an Assessor at Family Ties Counseling, whereas Rachel works as a Pharmacist.

Where Are Melissa and Ryan Runge Now? 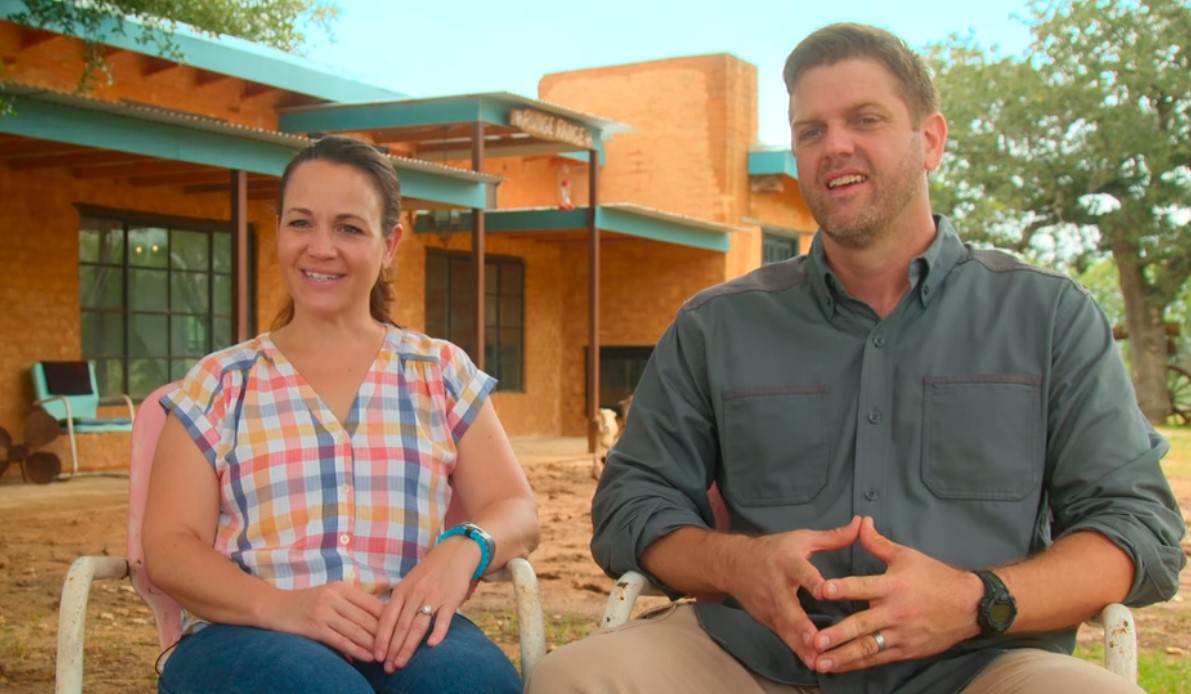 Melissa and Ryan Runge were eager to sell their San Antonio, Texas, house for an acceptable price. Interestingly, the house was built using earthen blocks, which the two made by compressing dirt in a machine. Despite Melissa and Ryan failing to find a buyer for their home, Glenn Kelman decided to invest in the couple’s earthen block business.

Within months of Glenn investing in the business, the sales went through the roof, and the pair found themselves on a multi-million dollar run. Melissa and Ryan still reside in San Antonio, Texas, where they run their own company, Advanced Earthen Construction Technologies.

Where Is Lafonda Williams-Stelly Now? 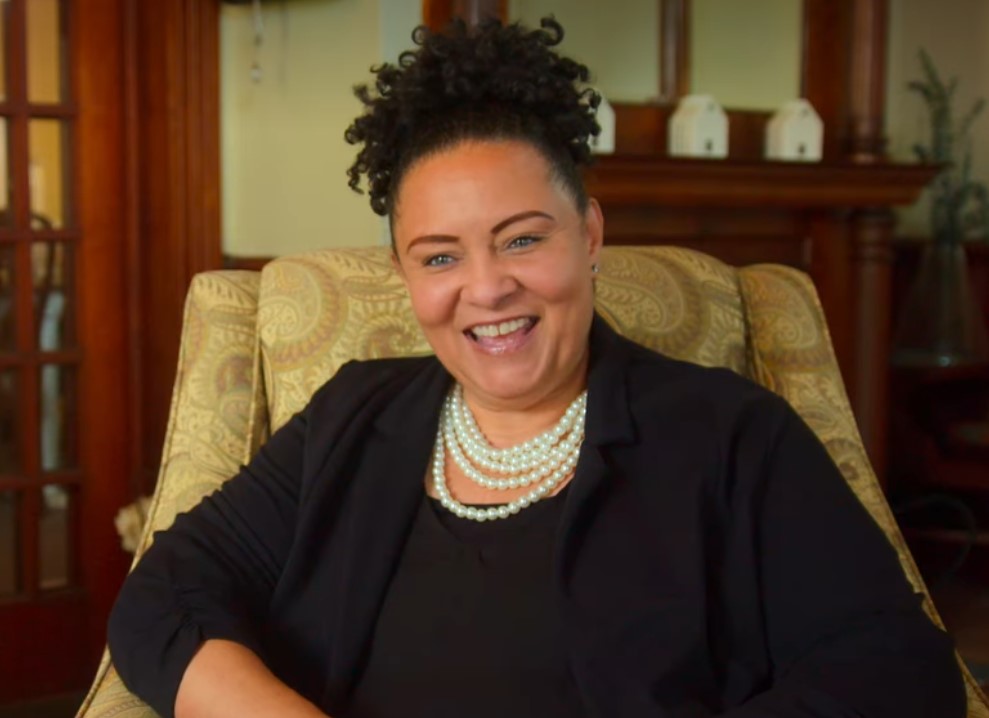 Lafonda Williams-Stelly was looking to sell her Leesville, Louisiana, house on the show. Ultimately, the tycoons agreed to come together and start a company with her, which will buy homes in need of repair and breathe new life into them. Thus, from the looks of it, Lafonda still resides in Leesville, Louisiana, and while she is thriving in her new business, readers will be interested to know that she is also a cancer survivor.

Where Are Erin and Kassidy Warren Now? 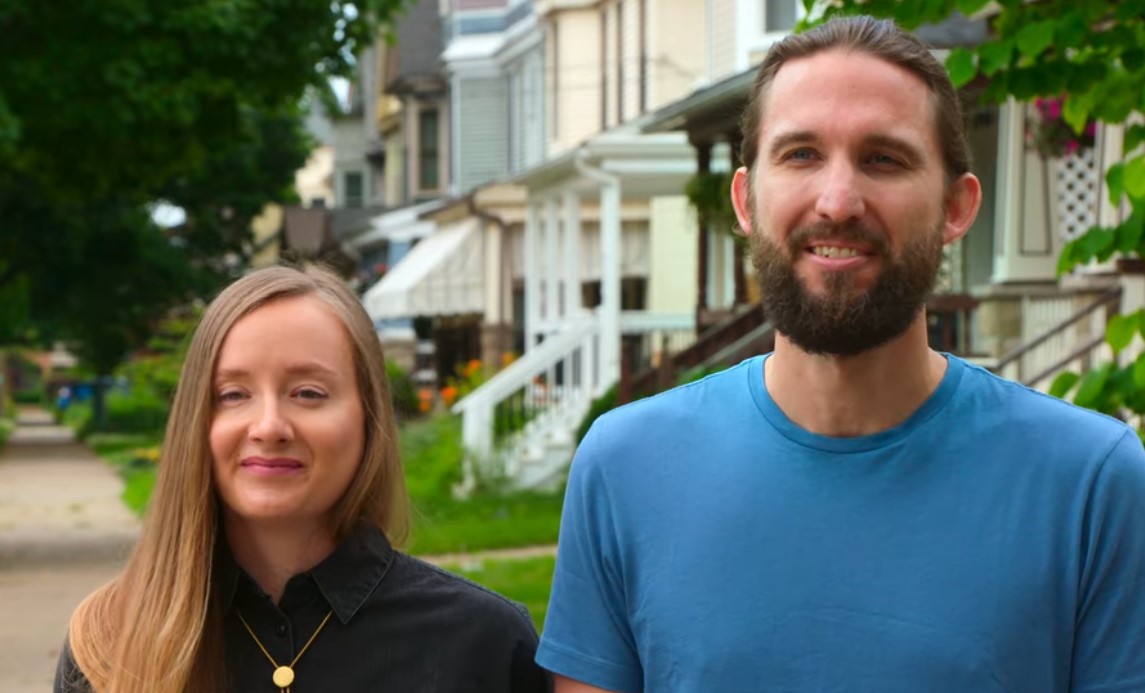 Erin and Kassidy Warren wanted to sell their Cleveland, Ohio, rental property for a decent price. Unfortunately, they couldn’t find a reasonable deal and had to decline all the offers. Nevertheless, the couple currently resides in Washington State and runs a rental property business with houses in Ohio as well as Arizona.

Where Are Adam Brown and Nic Ramos Now? 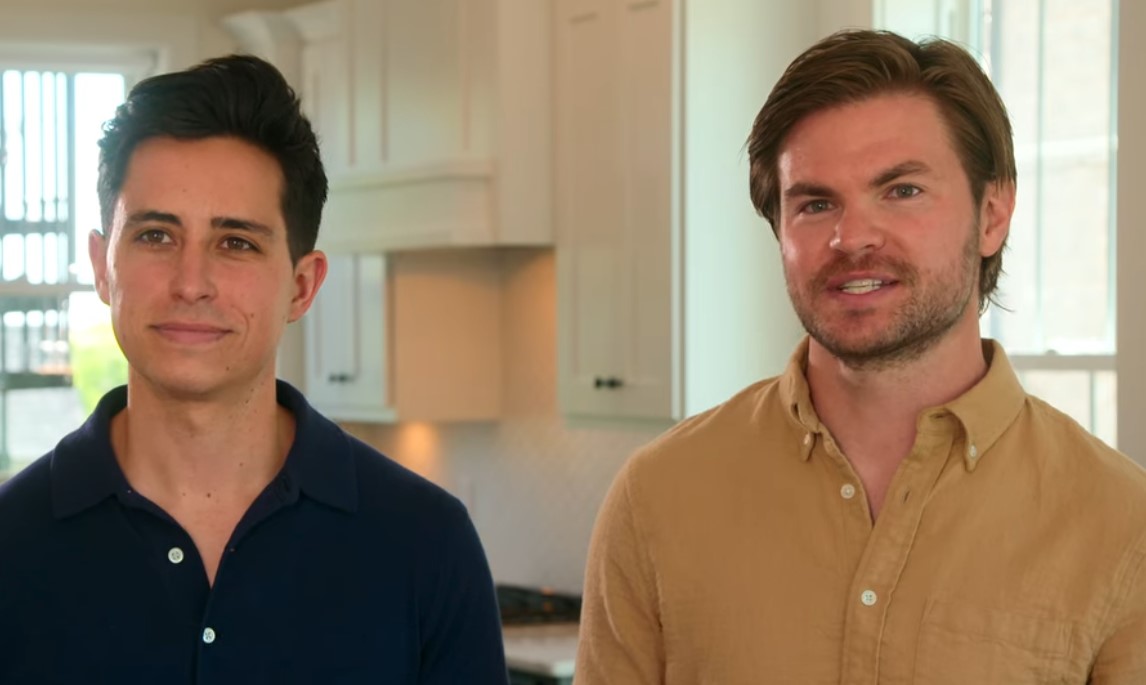 Adam Brown and Nic Ramos came to the show to sell their property in Nashville, Tennessee. Eventually, they struck a deal and sold the home for $585,000. Interestingly, the pair mentioned that they would take the cash from the sale and invest it in more real estate properties to build a portfolio. On top of that, Adam and Nic are preparing to tie the knot in September 2022.

Where Are Barry Pryor and Alisha Harris Now? 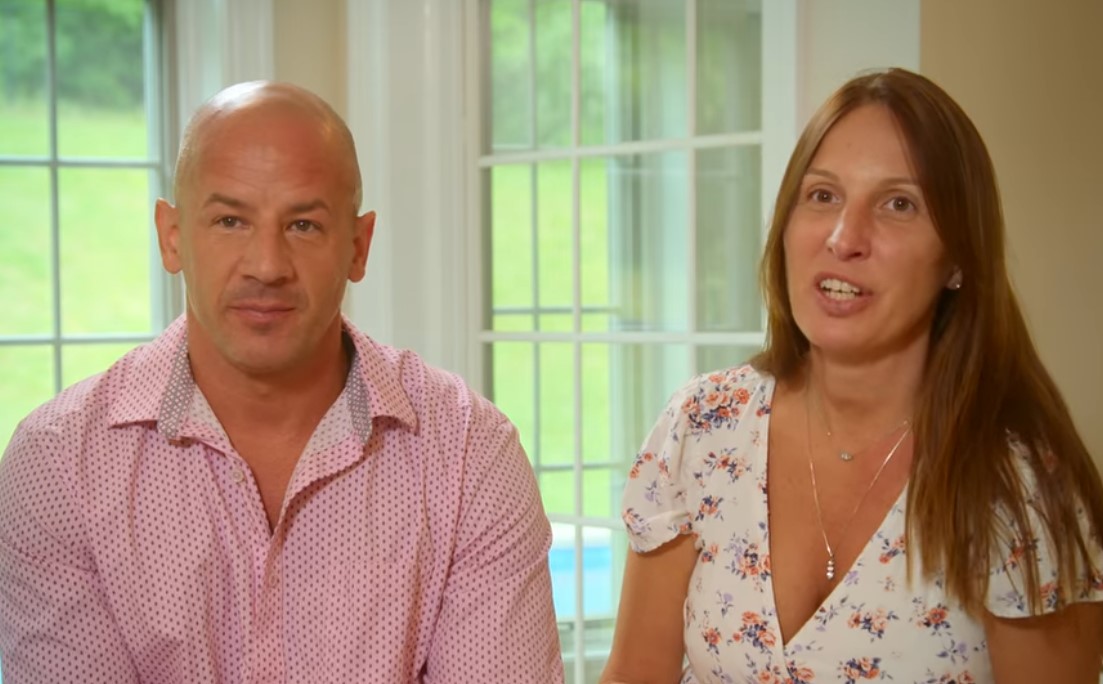 Barry Pryor and Alisha Harris were looking forward to selling their beautiful Nassau, New York, house to an interested buyer. Sadly, they were unable to strike a deal, but the tycoons mentioned they would be happy to help the couple if they ever wanted to turn it into a wedding venue. Nevertheless, the pair still resides in Nassau, where they have built a wonderful life surrounded by their loved ones. Alisha currently works as a Short Term Rental Owner & Manager, whereas Barry is employed as a Business Development Manager at Veolia North America.

Where Are Joy and Brandon Harris Now? 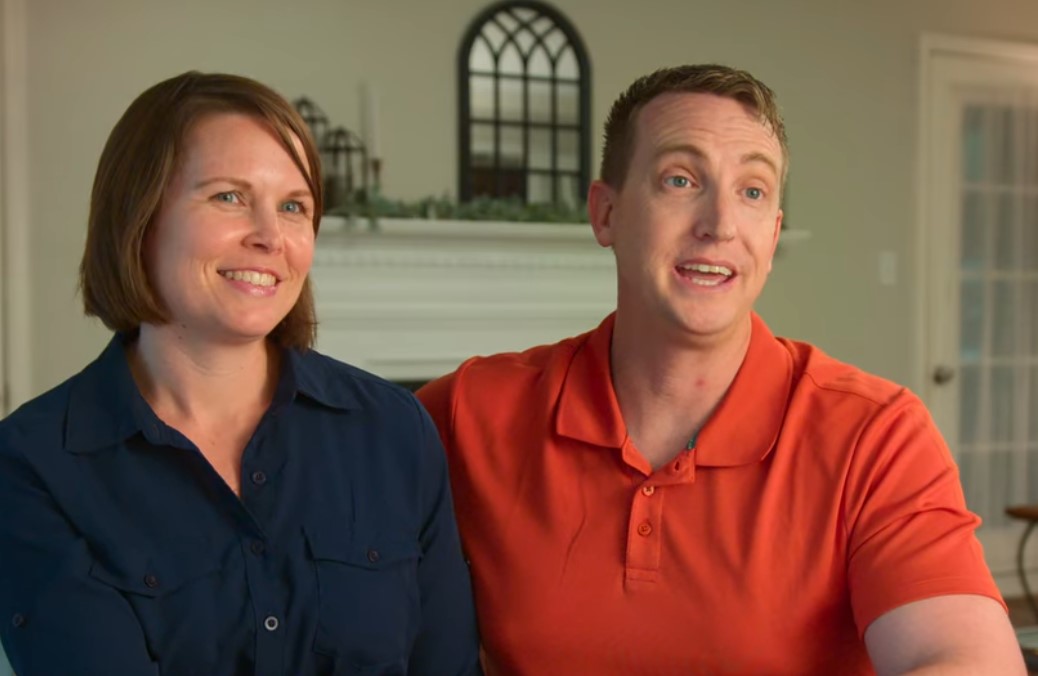 Joy and Brandon Harris hoped to sell their beautiful coastal Niceville, Florida, house. Finally, they ended up selling it for $760,000 to Glenn Kelman; currently, the couple and their two children have moved out of Niceville. Besides, they mentioned that they are in the army, where Joy works as a registered nurse, and Brandon is into transportation, maintenance, and field feeding.

Where Are Christine And Eric Grossarth Now? 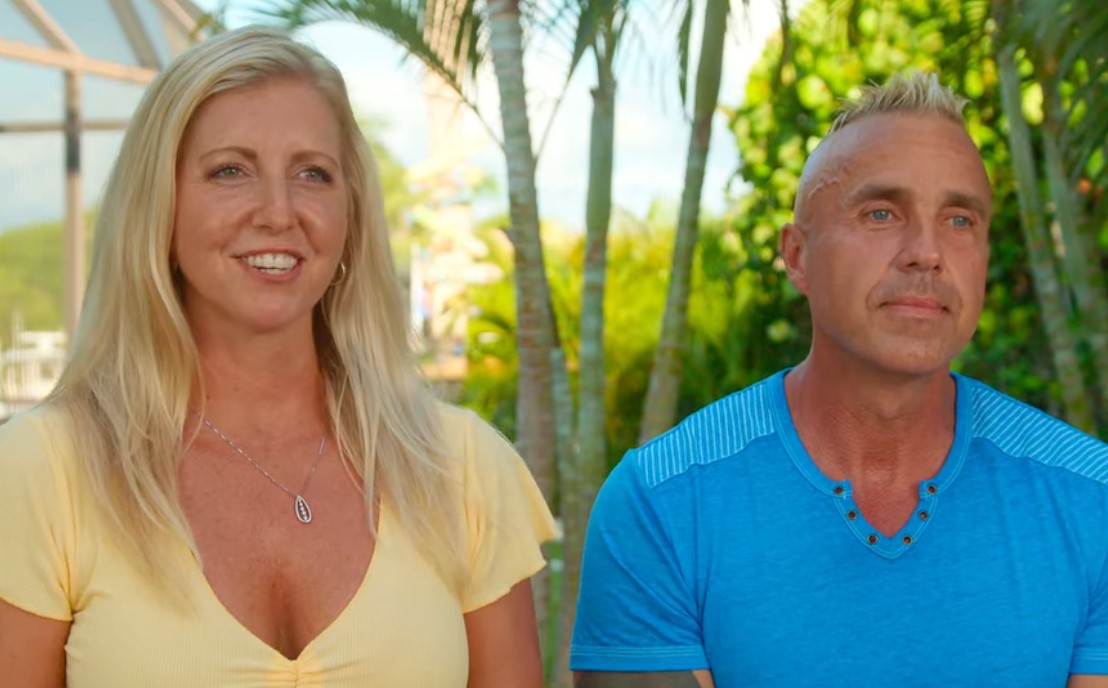 Christine And Eric Grossarth came on the show with the intention of selling their Osprey, Florida, home. However, they could not find a suitable deal and ended up without an offer. Nevertheless, it seems like the couple is still based out of Osprey; they prefer to keep their professional lives under wraps, yet Christine And Eric mentioned that they would move as soon as they found a suitable buyer.

Where Are Myreya and Michael Dewey Now? 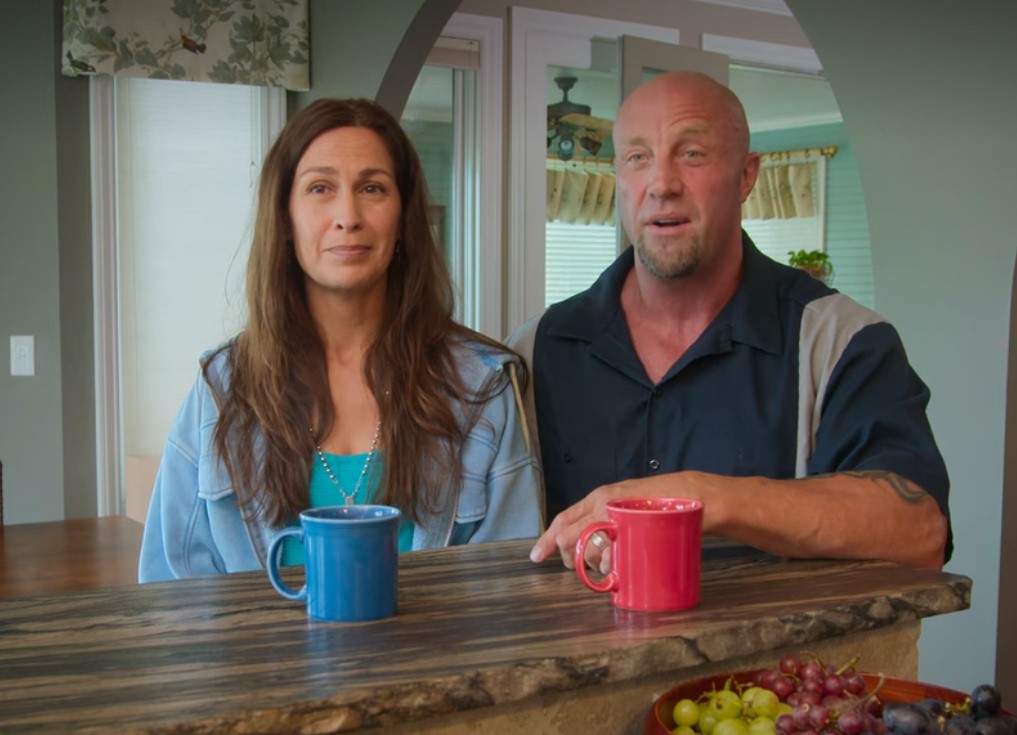 Myreya and Michael Dewey wanted an attractive price for their beautiful Detroit, Michigan, property. Albeit, they ultimately entered a development partnership with Brandon Copeland and looked forward to doing business with him. Presently, the pair is based out of Detroit, where they run a business buying and flipping houses, in which they employ people with life-challenging problems to give them a fresh do-over. Besides the house flipping business, Myreya owns and operates her Yoga institution, Holy Yoga Detroit.

Where Are Brandon and Jack Bennett Now? 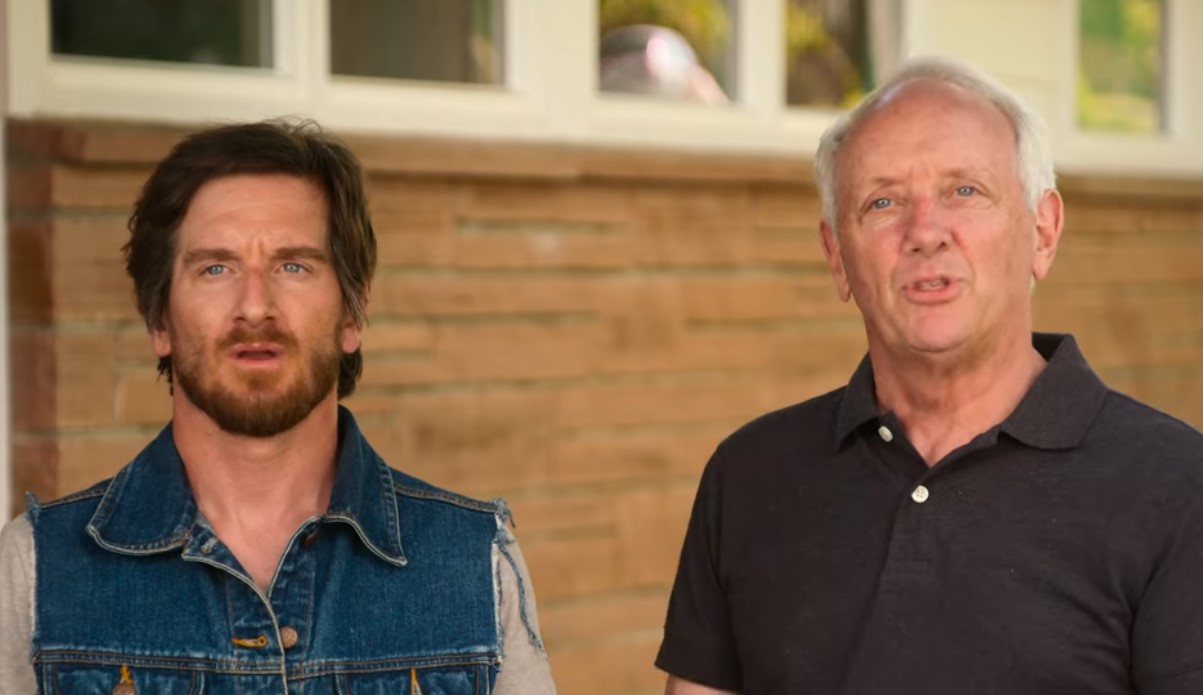 Jack Bennett, and his son, Brandon, wanted to sell their Longmont, Colorado, for a reasonable price. They had designed the house from the ground up but were unfortunate not to strike a suitable deal. Interestingly, the father-son duo still resides in Longmont, and Brandon dreams of being Colorado’s top house-flipper at some point in time. Yet currently, he is focused on increasing his portfolio and hosts the popular podcast ‘Dog Friendly’ with his father as an occasional guest.

Where Is Stephen Parker Now? 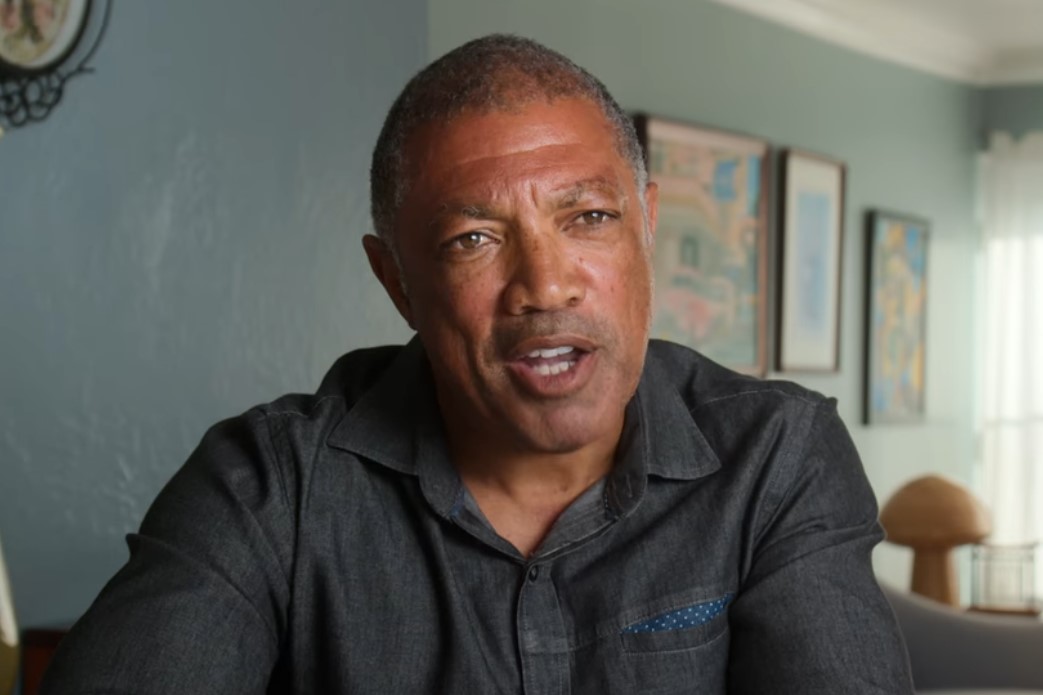 Stephen Parker was keen on selling his Richmond, California, property for a handsome price. Eventually, he ended up selling it to Glenn Kelman for $650,000. Currently, Stephen seems to be based out of Oakland, California, where he has created a wonderful life surrounded by his loved ones. In addition, he was a Real Estate Advisor at Greystone until January 2022 and currently owns and operates his own real estate company, First Capital Financial Pacific, Inc.

Read More: Where is Netflix’s Buy My House Filmed?