Sure ‘La La Land‘ has fourteen nominations, sure it won the Golden Globe, but other sure things have lost Best Picture to films said not to have a chance against the juggernaut. It was forty years ago a small New York love story bested the spectacular Star Wars (1977) for Best Picture when Annie Hall (1977) took the prize. A few years later, a small British film, Chariots of Fire (1981) bested the top nominated film Reds (1981) for Best Picture.

Remember Saving Private Ryan (1998) winning award after award, including Best Director but then losing the top award to Shakespeare in Love (1998)? ‘La La Land’ has momentum, which can be both good and bad. Questions will start, has it peaked too soon, is fourteen nominations not overkill, is it really that good?

In the last few years, popular films have lost, beginning 2009 when a box of five flop, ‘The Hurt Locker’, bested the highest grossing film of all time, ‘Avatar’. A year later, the low-budget sleeper ‘The King’s Speech’ won over the critics darling ‘The Social Network’. Even ’12 Years a Slave’ was a surprise winner over the awards laden ‘Gravity’ in 2013. The Oscars rarely pay attention to the critics, they go their own way. Look at last year! All night ‘Spotlight’ loses award after award, then, boom, wins Best Picture. All of those winners were fine dramas, well acted, directed and written, something the Academy loves. 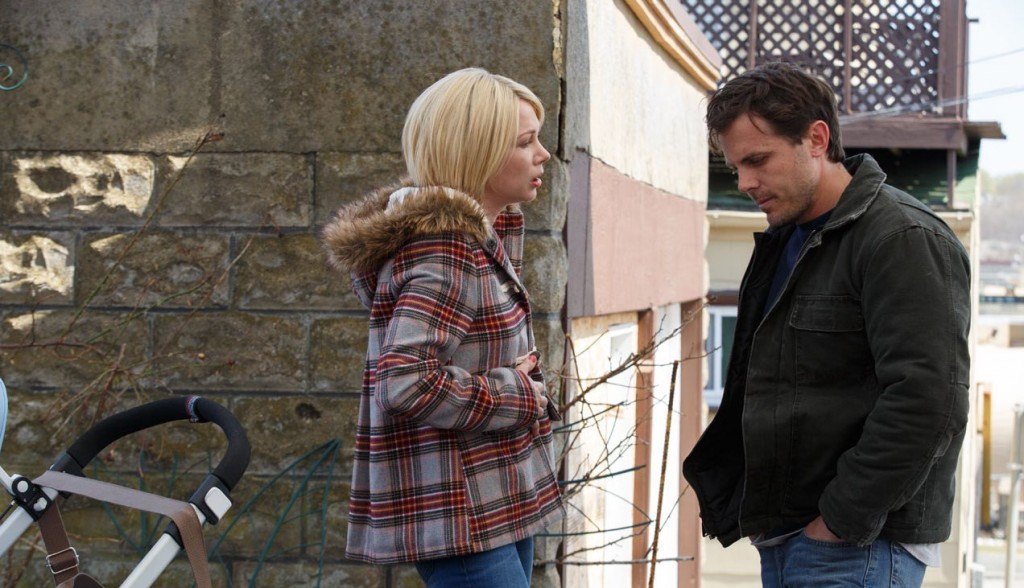 ‘Manchester By the Sea‘ is the film’s main competition — a beautifully acted, directed and written drama that has earned rave reviews and won actor Casey Affleck the lions share of Best Actor awards. It is without a doubt a contender and could prove strong enough to knock ‘La La Land’ off its perch. Directed and written by playwright Kenneth Lonergan, who has an uncanny eye for very human stories, the film is a study in grief but laced with dark humor.

It is halfway through the film before we see the reason for Lee (Affleck) being so disconnected and mired in grief. When we learn what happened to him and his family, it is far worse than anything we could have imagined. He has retreated into himself, shamed, guilty, full of self loathing, believing he is not worthy of love. He starts fights to feel pain, to be beaten for his sins, but nothing helps. As he tells his heartbroken ex-wife when she says she knows his heart was broken, “there is nothing there” so broken and wounded is he.

Affleck is astonishing as Lee, giving what is simply one of the greatest performances put on film, alongside the best work of Brando, Streep, Nicholson, Jane Fonda and De Niro. It is not just how he speaks the words, it is the pain and wound he carries in his eyes, on his face, and body language. His entire being is in this performance, and never before, Sophie’s Choice (1982) has grief been captured with such realism and grace.

In eleven minutes of screen time, Michelle Williams is utterly heartbreaking as Randi, his ex-wife. Her fury barely contained at times, when she encounters Lee on the street, the rage ebbs, and all she feels is pity for him because she knows he cannot find his way back.

Their moments together crackle with truth, with a spark that lets us know they once loved each other, were torn apart by the tragic event, and though she has crawled back, he cannot. She loves him still, but cannot be with him, each reminds the other of what was, the joy they had, and how it is now forever gone, merely painful memories.

‘Manchester By the Sea’ was my choice as the year’s best film, and I am not alone in that thinking. I hope the Academy feels the same.