Daniel Calparsoro helmed the gritty and adrenaline-filled action thriller racing movie ‘Centauro,’ borrowing from the novel by Jeremie Guez. The Netflix original Spanish movie follows Rafa, a budding racer taking the fast lane to life. He has to put his hands into ice to keep the grip on the bike, but having a grip on reality seems more challenging. When the mother of his child falls into jeopardy, Rafa must venture into the underbelly of organized crime in the city of Aragon to save her. The finale is sketchy, and you may need some clarity. In that case, let us get you up to speed. SPOILERS AHEAD.

Rafa is a commendable motorsports driver smooth on the curves. However, he is kind of a black sheep and is having difficulty making it big in the circuit. Thus, Rafa manages a day job as a crane operator. But things begin to look bright for Rafa as he gets recognized by Regina and her Honda racing team. After a good conversation with Regina, Rafa picks up his child Mateo from his long-time on-off girlfriend, Natalia. Although Rafa did not marry Natalia as he despises the idea of a family, Rafa still cares the world for Natalia. 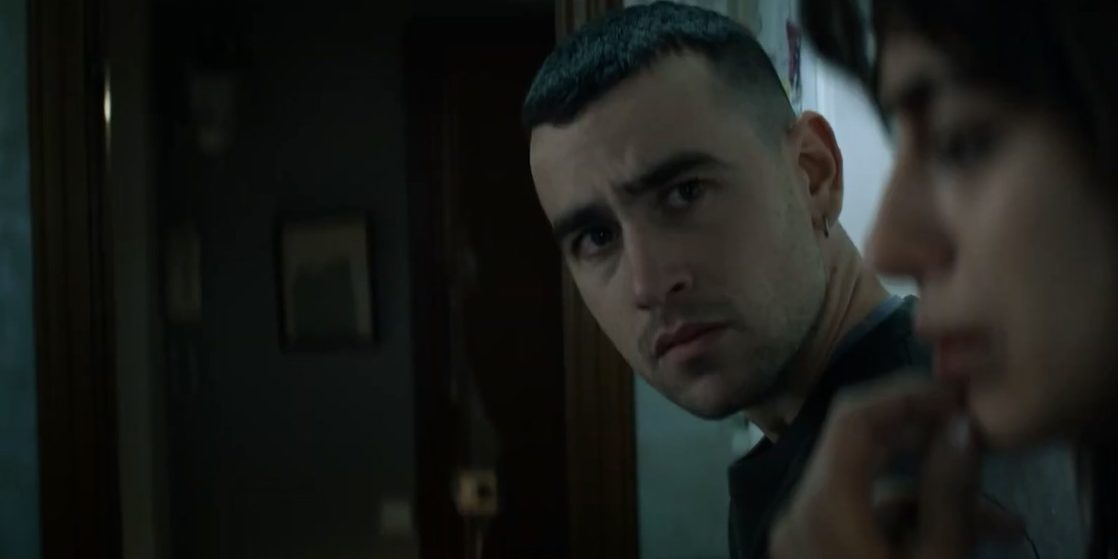 Thus, Rafa is concerned when he gets to know that Natalia has gotten into drug dealing, joining hands with a Colombian organized crime group. Natalia has been robbed of a significant shipment of drugs, and the thugs she works for need compensation. With the problem further escalating, Rafa goes to cartel leader Carlos for negotiation. Although Carlos is not ready to negotiate, his sidekick Boro knows a good rider when he sees one. They ultimately work out a way for Rafa, who is desperate to bring Natalia out of the labyrinth.

Per the deal, Rafa has to make nightly trips to Marseilles to hand over drugs to Carlos’ clients while he gets a pit stop in the middle. Rafa has to put his life in line to make the trip under 2 hours, escaping police pursuit daily. He agrees to perform the ordeal for two months, which would nullify Natalia’s debts. One night, Rafa almost gets caught in a police chase and demands a Kawasaki 1000 from Carlos.

While that does not happen, Carlos is furious at Fadel, the cousin of Boro, who may be involved in the stealing of Natalia’s stash. While suspicion within the organization takes root, Rafa burns his tires to the end of his two-month contract. He also gets some blue pills from Boro, which clouds his vision. Rafa struggles to maintain balance, which leads to a remarkable fall in the final selection round of the racing tournament. Soon, he realizes that the thugs are not letting him leave after two months, and the realization calls for action. 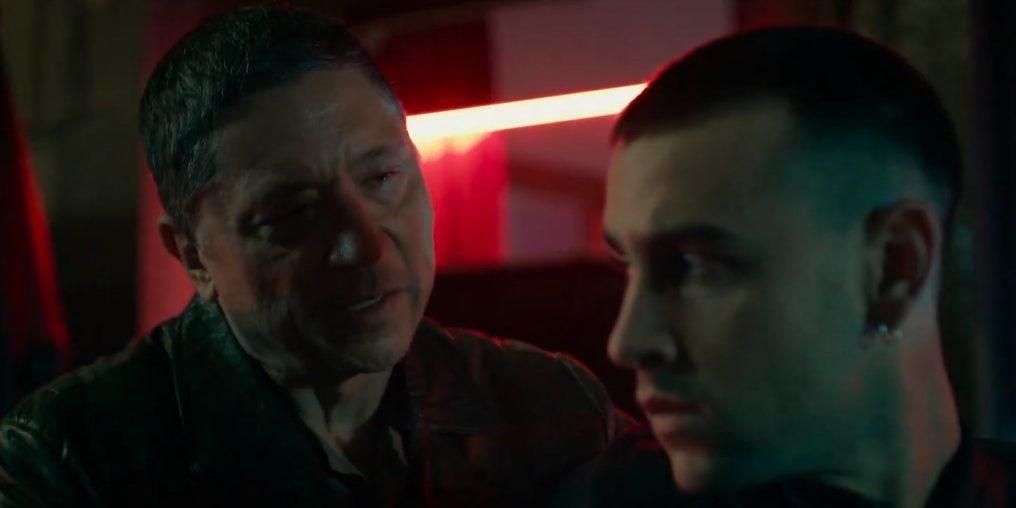 At the end of his two months tenure, Rafa meets Boro at their previous meeting place. Boro is busy counting money. Rafa asks for his leave, but Boro thinks otherwise. Not keeping his end of the deal, Boro threatens Rafa to continue the trips for the gang. If he fails to do so, Rafa may have to lose Natalia, according to Boro. The gangster threatens Rafa that they will sell Natalia to the Arabs, and Rafa cannot have the insult.

Rafa feigns walking out of the garage, only to pick up the helmet and return to Boro. He smashes the helmet onto Boro’s head several times, and the blood on the floor indicates that Boro is dead. After the incident, rival gangster Diego reaches the location to help Rafa clean up the mess. They are initially pitiful towards Rafa, who seems to be in shock. However, as he recovers from the shock, he suggests to the rival gang that they may have both the money and the contacts from Boro’s phone.

In short, they can beat Carlos and pretty much own the entire operation. Looking at all the sides, Diego thinks it to be a lucrative opportunity. Afterward, Carlos comes looking for Rafa since Boro is missing, and he is not picking up Carlos’ phone. Rafa mildly suggests that Boro has gone off to meet his cousin Fadel. However, Carlos’ men dig for the truth, only to find out that Fadel has returned to his jail cell after another crime. Meanwhile, the death of Boro makes Rafa prominent on the radar of the police.

Does Rafa Get His Big Break? Do The Police Arrest Rafa?

Regina, Rafa’s endorser, always says that she sees her team as a family, more than a crew. The suggestion is that humans tend to make families out of strangers since we are social beings. Nobody, not even Rafa, can live in isolation. Despite Rafa messing up several times, Regina keeps faith in Rafa. Meanwhile, the Honda team reaches the selection finals. Rafa, caught in a whirlpool of personal struggle, rarely has time to focus on the race.

Shortly before the race, he takes two blue pills Boro gave him earlier. Looking at the color of the drug, it seems to be Fentanyl, an opioid that suppresses nerve receptors to alleviate pain. The drug takes its toll, and Rafa gets out of the track, falling behind. In the end, Rafa receives a call from Regina and meets her in person. Regina has managed to convince the financer to retain Rafa for another haul.

The fans keep rooting for a second installment with the news, possibly seeing Rafa’s ascension to stardom. In the meantime, he gets summoned by the police. Someone left photos showing Rafa being present at the scene of Boro’s death. The images show Rafa from behind, and he tries to deny the allegations. The officer tells him they know everything since the lead seems solid.

Who is the sender of the tip, we wonder. It can be Diego who seeks to steer clear of Carlos. On the contrary, it may be that someone from the police has followed Rafa to the hideout. However, to his astonishment, the officer does not put Rafa behind bars. On the contrary, he wants to employ Rafa as a rider for the Central Narcotics Squad. In the final sequence, Rafa puts on the jacket of ‘Centauro-1,’ helping the police put drug traffickers behind bars.

Do Rafa And Natalia End Up Together?

You must wonder if Rafa and Natalia end up together in the finality of the movie. Although the film does leave things open-ended, it keeps the narrative engrossing with a few optimistic hints. Rafa and Natalia have a complicated relationship. Although Rafa cares for Natalia, he has not committed to her, even after Natalia has become the mother of his child. But when Natalia comes into trouble, Rafa puts his career and life on the line to save her from the organized criminals.

Towards the movie’s end, Natalia discovers Rafa’s little side hustle, and the levee of emotions breaks. They get intimate that night, but after Boro turns sideways, the situation becomes somber. And yet, we see the silver lining as the movie comes to a close. In the end, Rafa realizes the need for family in his life. As he speaks to Regina in the final moments, he comes off as a family person. Rafa says he is ready to re-join the team as a family, and we hope he is also prepared for a conventional family with Natalia and Mateo.

Read More: Where Was Centauro Filmed?