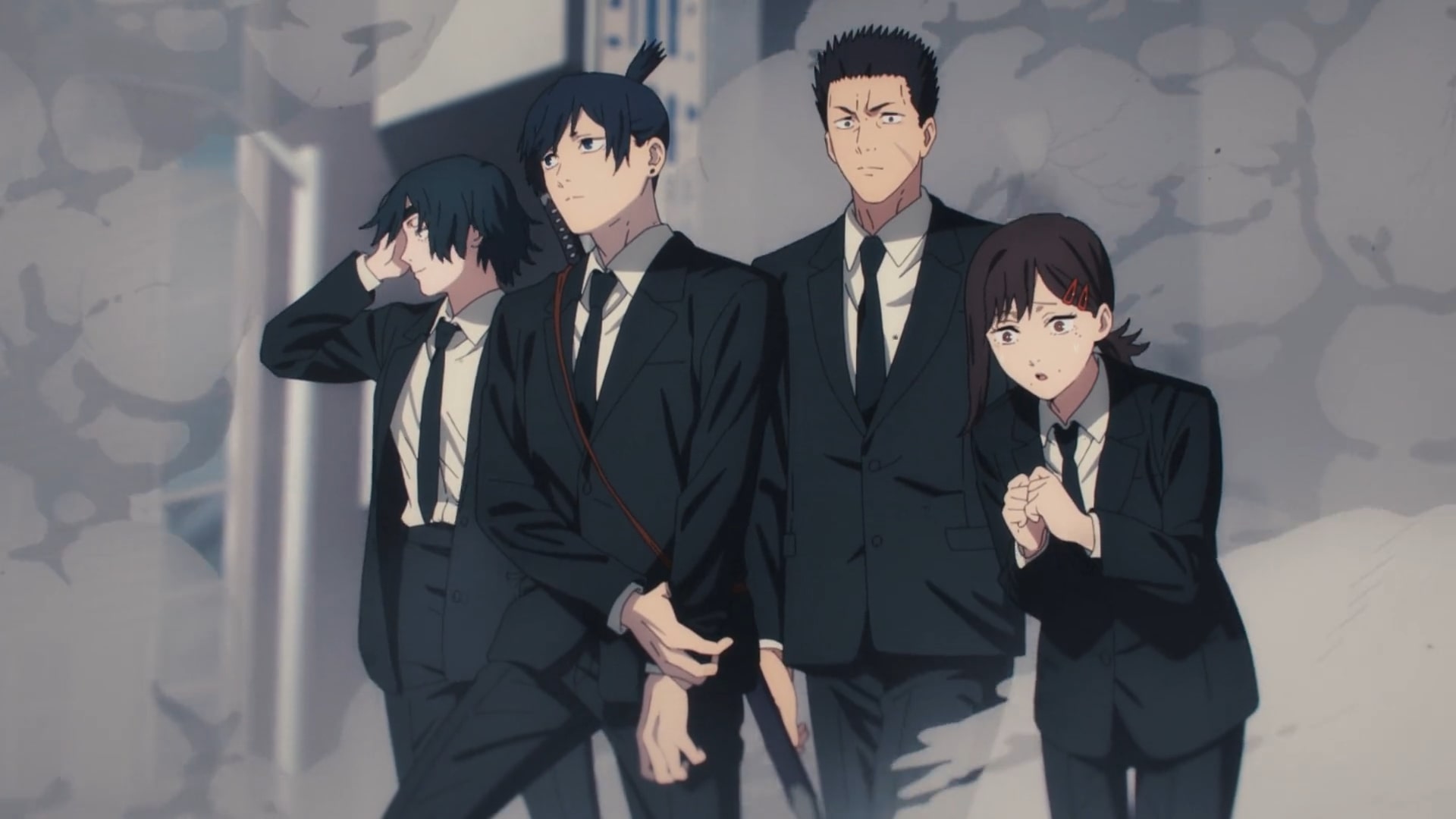 In ‘Chainsaw Man’ episode 4 titled ‘Rescue,’ the show follows Denji who starts dreaming about fondling Power’s breasts just after defeating the Bat Devil. But before the fiend could keep her promise, the two new colleagues are attacked by the Leech devil. Unfortunately, Denji has lost a lot of blood at this point, while Power is so injured that she can’t even lift a finger. Here’s everything you need to know about the ending of ‘Chainsaw Man’ episode 4. SPOILERS AHEAD!

After Denji has killed the Bat devil, he successfully saves Power and her cat Meowy from its stomach. Power recalls how she never used to value life until she met her cat and since that day she has never been the same. When she opens her eyes in Denji’s arms, she is naturally surprised that he went as far as risking his own life to save her. Especially after she had betrayed him just a few hours earlier and almost fed him to the Bat devil to save Meowy. Denji is quick to clarify that he did everything just to fondle her breasts- just as the two colleagues had decided. 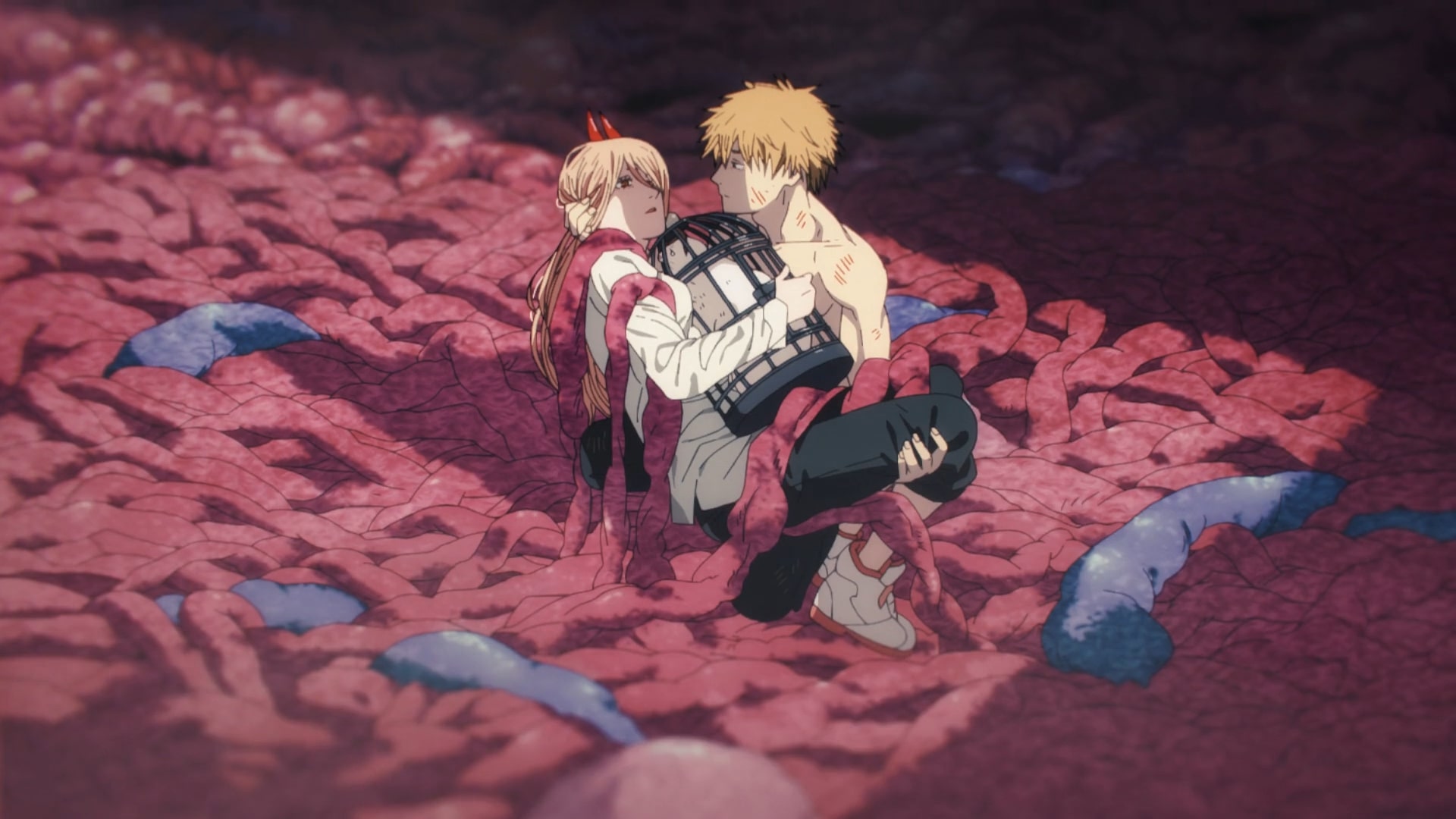 However, Power still struggles to wrap her head around the fact that Denji would go so far. But before the two can discuss the present situation, Denji is suddenly attacked by the Leech devil. Unfortunately, both Power and Denji are in a poor state. In fact, the former is so weak that she can’t even lift her finger. Denji tries to turn himself into the Chainsaw Devil but realizes that he has lost a lot of blood. Only one chainsaw comes out of his head that too not long enough to afford him the luxury of a fair fight.

The Leech Devil eats Denji’s arm right in front of him. She reveals that the Bat Devil was her partner. However, when she sees Denji closely she offers to leave the Devil Hunter alone provided he does not interfere when she eats Power and Meowy. Naturally, Denji refuses to let the Leech Devil do as she pleases and the two starts fighting. Although the chainsaw on his head is small, Denji still manages to leave serious injuries on Leech devil’s body. 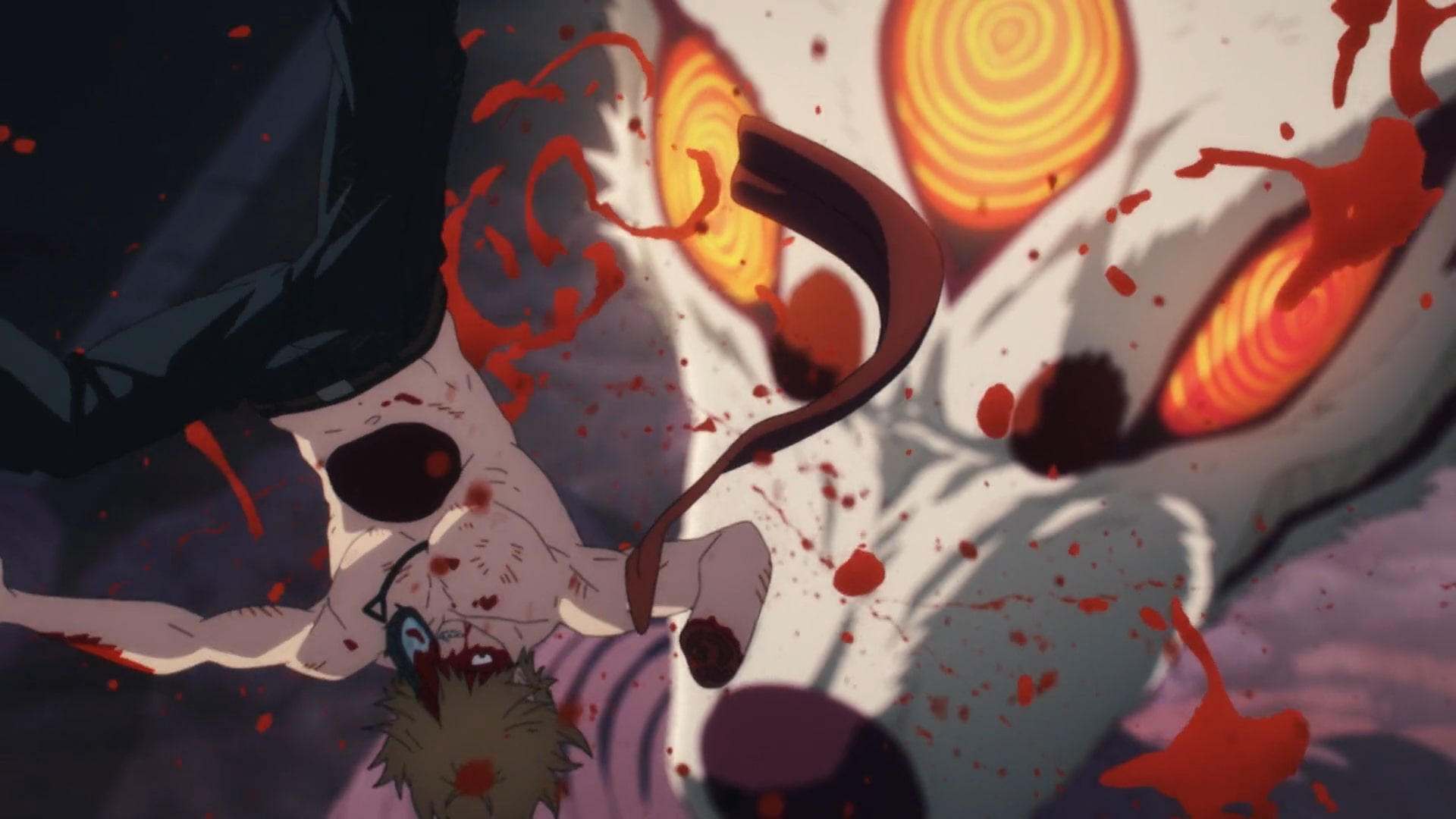 Unfortunately, just when he tries to hit the chainsaw on her head, the Leech devil catches him mid-air and penetrates his chest with her sharp tongue. As Denji dangles helplessly in the air, Aki arrives on time and using his contract with the fox devil orders it to eat the Leech devil moments before his colleague is about to be devoured. Later that day, he meets Denji in the hospital who saves Power by not telling him what exactly happened between the two. Power had been handcuffed all this time and after Denji’s statement, she is freed as well.

Chainsaw Man Episode 4 Ending: Why Does Makima Want Power And Denji to Live With Aki? Do They Get Along Well?

After his meeting with Makima, Aki returns to his apartment and gets busy with his mundane lifestyle as always. Soon, Denji returns from the hospital as well, and the two start living under the same roof again. While their life is not without any mutual disagreements, the two usually mind their own business and live quietly for the most part. However, this changes one day when someone knocks on their door. It turns out Makima has sent Power to live with Denji and Aki. 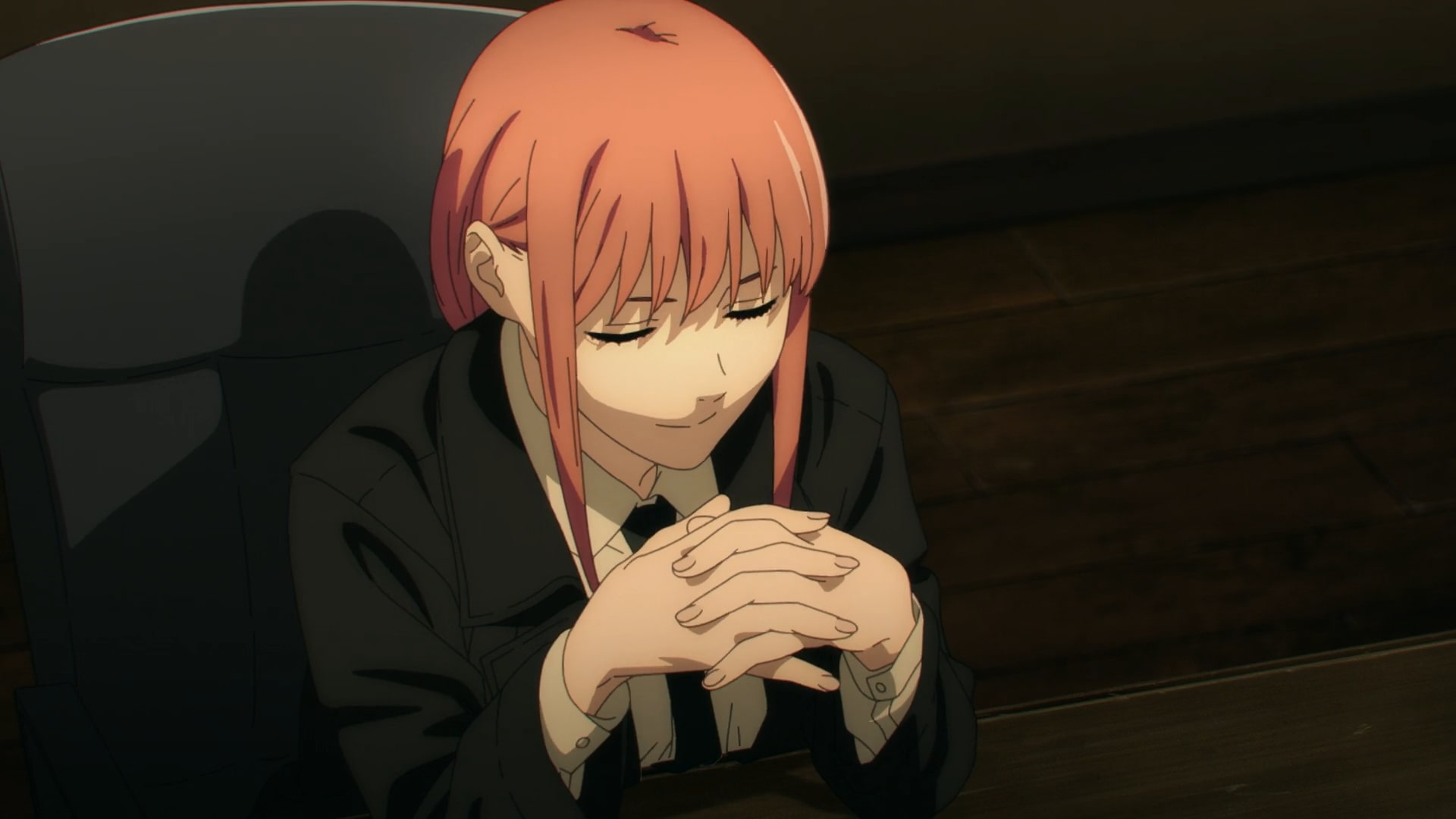 Naturally, Aki is barely tolerating Denji at this point so someone as mischievous as the fiend is just too much for him. He receives a call from the high-ranking Public Safety Devil Hunter regarding the same. Aki complains about having to deal with the two of them but Makima argues that he can be a good collar to the chaotic colleagues. She feels that Aki is the only person who can be trusted with the responsibility of handling them. When Makima goes on to explain that Power can’t just live in the Tokyo headquarters of the Public Safety Devil Hunters forever, Aki appears to calm down.

Meanwhile, Power and Denji have already started fighting each other over inconsequential matters. In the following days, Aki and Denji learn that Power lives a very unhygienic life. They can barely get along with her and the fact that she doesn’t listen to anyone, only make matters worse. One night when Denji is cleaning the toilet, Power closes the door with the two of them inside so that she can finally fulfill the promise that she made to him. Although the three devil hunters have deeply contrasting personalities, it appears that they are obviously learning to get along despite the challenges.