Where Are Charity and Charly Pierce From My 600-lb Life Now? 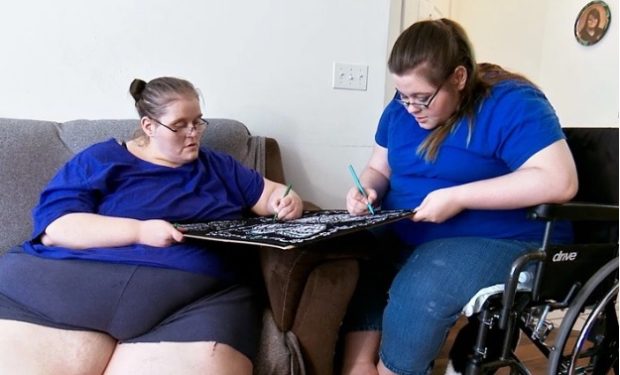 Trying to change your entire lifestyle and lose weight after years and years of finding solace in food is no easy feat. But, that’s what all the individuals who appear on TLC’s ‘My 600-lb Life‘ try to do, and the most amazing thing is, most of them are able to succeed. Apart from showcasing their year-long weight-loss journey, the series also gives us a look into the lives of these morbidly obese people and tells us the tribulations of their past along with what it took for them to go to Houston, Texas, and start Dr. Now’s renowned weight-loss program.

Season 3, Episode 8, gave us the story of the then 39-year-old Charity Pierce. Weighing nearly 800 lbs and suffering from flesh-eating bacteria and fat deposits, Charity was utterly dependant on her family, especially her partner, Tony, to function. Therefore, the only choice she had was to either lose weight or possibly die.

When she was talking about her compulsive needs to eat all the time in her episode, she said, “It doesn’t even feel like me. It feels like something’s taking over me…like I have to have (food).” But, her biggest worry throughout was her daughter, Charly, who was on the same path of food addiction and self-destruction as her mother. “I always thought that I raised (my daughter) really good,” Charity said. “But then I think, ‘But you taught her all your bad habits.’ I feel like I failed so much. I failed Charly.”

This realization to set a better example for her daughter and to live a long fit life is what led her to move to Texas from Iowa and get the help that she desperately needed.

Where Are Charity and Charly Pierce Now?

When Charity first entered Dr. Now’s program, she was at the peak weight of 778 lbs and had to shed a lot of it on her own just to be qualified for the gastric bypass (weight-loss assist) surgery. Thankfully, with the help of a strict diet plan, strong willpower along with the motivation that she got from the idea of marrying her then 21-year-old boyfriend, she was able to achieve that goal and be approved for the surgery.

In the 12 months of her time in the program, Charity lost a total of 282 lbs, making her end weight at the episode be 496. Since then, she has continued on with her weight loss journey and has been able to lose a total of around 540 lbs till now. Charity had a few complications due to cellulitis infections, but she got them treated and has even had a few surgeries to get the excess skin removed from her body, especially her legs and stomach.

During a follow-up, Where Are They Now episode, even Charly admitted that since she no longer has to take care of her mother, things are improving for her as well. She revealed that she is learning from her mother and is changing her lifestyle to get into better habits. In fact, Charly even got herself a job and is now a certified nursing assistant. The mother-daughter duo has also left Texas and moved back to Iowa.

Charity announced on her Facebook that sadly, in late 2019, she was diagnosed with kidney cancer. Her status included: “The next step was to get my kidney removed as soon as possible before it had a chance to spread to other organs in my body. So on March 2 my kidney was removed. And now I’m recovering at home trying to heal.”

There have been no further updates from her, so we’re keeping a positive mindset and hoping that she is recovering well and keeping up with a healthy and safe lifestyle.

Read More: Where Is Travis Henry From My 600-lb Life Now?